Don't call it a damper 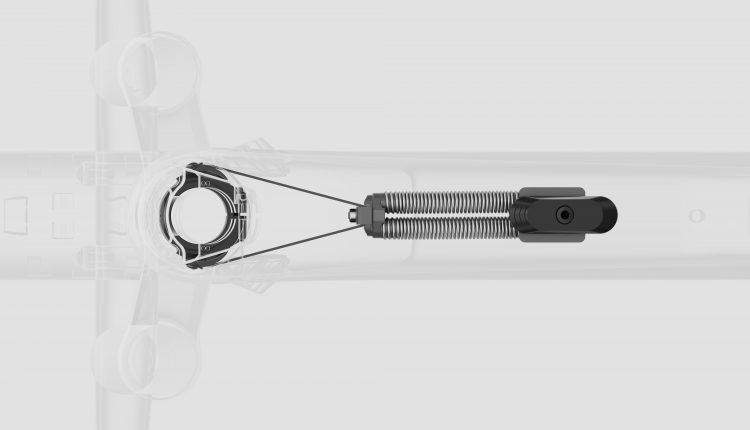 Canyon has unveiled its latest innovation for the modern mountain bike: the Keep It Stable (K.I.S.) balanced steering system. When we first laid eyes on the system, we were harkened back to a time when downhill bikes were so difficult to control that riders often bolted aftermarket hydraulic steering dampers to keep them pointed the right way. While the all-new K.I.S. system shares the goal of giving the rider more control, it is in fact a relatively simple and elegant system, designed to not only give the rider more control but to improve the ride altogether by eliminating one of the most annoying issues with the modernly slack trail bike. if you ride a bike with new-school geometry, your likely know what we’re talking about here: the dreaded low-speed wheel flop. 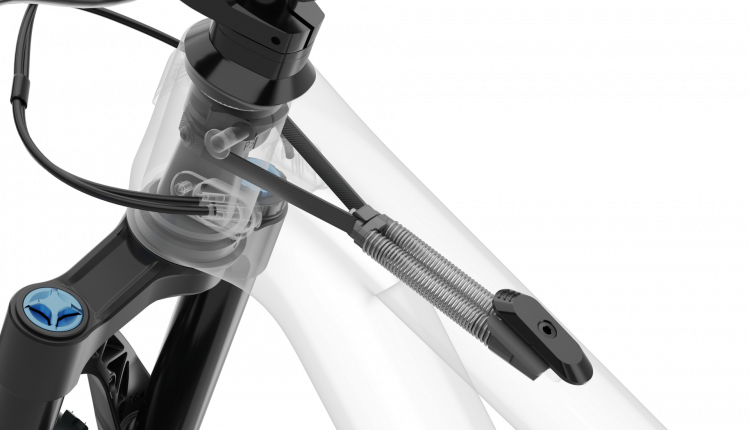 Whether riding uphill or down, wheel flop is a side effect of having that super slack and stable head angle that gives your bike so much confidence. Simply put, a front wheel that’s farther out in front gives you a better angle of attack on obstacles, and increases the forward upward vector, aka “trail” in English, or “nachlauf” in German. No matter which language you use to describe these attributes, they are the reason your new bike rides with more confidence than your old one. Since there’s often a tradeoff in design, the downside to putting the wheel out there is with the flatter angle, you must now lift a portion of the weight of your wheel as you turn. The flatter the angle, the heavier this effect feels. The K.I.S. system is designed specifically to eliminate this input force and keep your steering feeling neutral.

At the heart of K.I.S. are three parts: The cam, the belt, and the spring. On Canyon bikes, the system consists of two side-by-side springs integrated into the top tube. They are connected to the steerer tube internally. Together, the springs add symmetrical torque to the steering axis of the bike. This creates the torque balanced, stable steering with proportional feedback, so it doesn’t feel stronger the farther you turn. Instead, the tension stays relatively even all the way through the range. The feel has a gentle centering effect but does not have any notch in the center to notice. The system’s tension is adjustable via a single Allen bolt on the top tube and has a range that includes a setting where the system is essentially turned off. 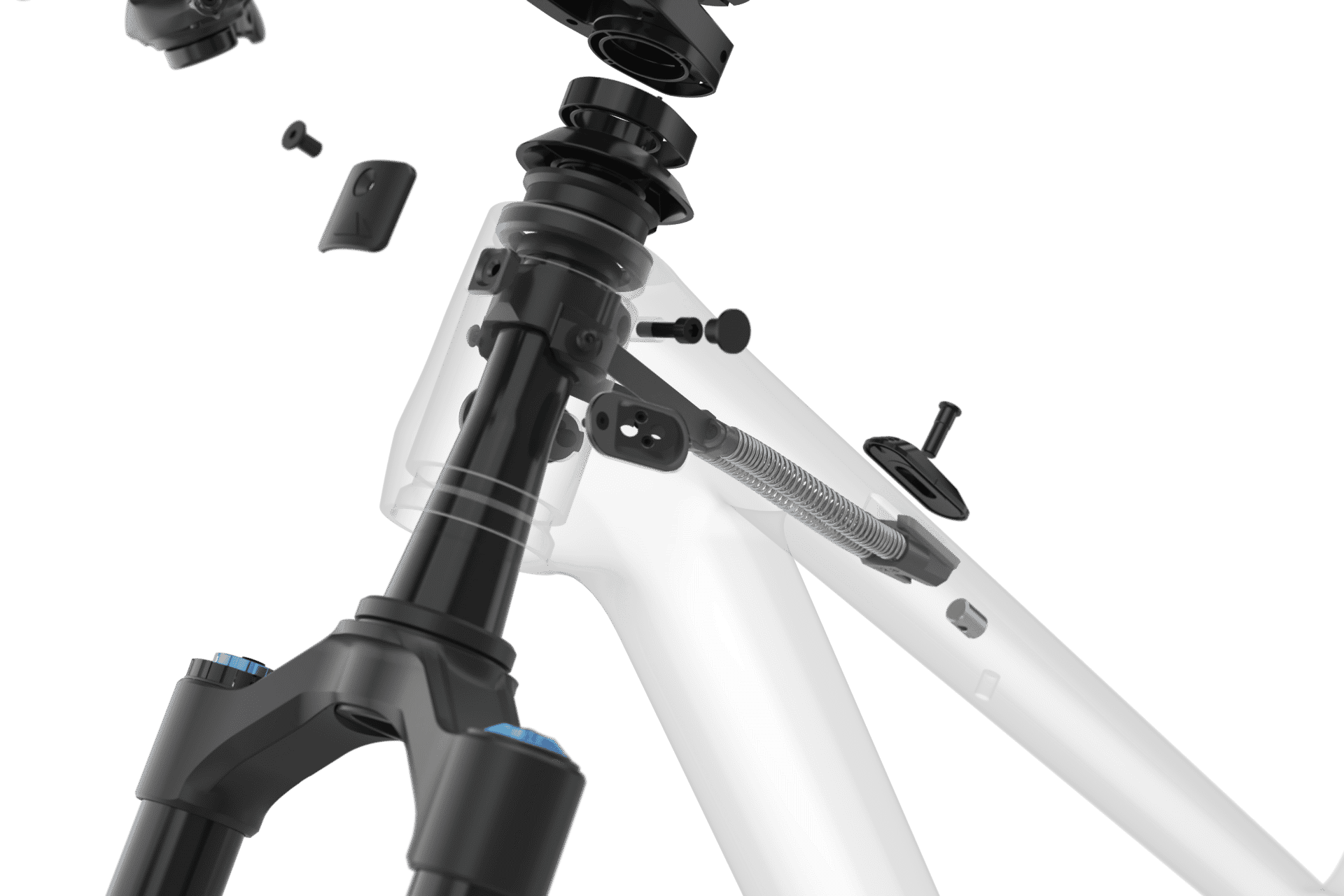 The Syntace K.I.S. has no additional damping forces and is designed for fast, direct feedback/balance of grip, and full agility throughout the entire speed range. The system weighs approximately 80 grams. Syntace K.I.S. is 100% mechanical, it exceeds 50 million load cycles in fatigue testing. It is claimed to be maintenance-free over vehicle’s lifetime, including an additional failsafe mode.

The K.I.S. system had some benefits we expected, and some we did not. The feeling is immediately noticeable, even with the system turned down to the low end of its range. However, the unfamiliar feeling quickly faded into the background as we dropped into the first descent. Maybe it was because the trails we were pointed down had a puckering amount of exposure to one side, but we found it easy to concentrate on directing the bike down the correct line. The K.I.S. system felt as if it were guiding us down the trail, and usually had the correct amount of nudge to get us back on line. We turned the system off for the second run, and while the bike felt more familiar that way, we couldn’t get over the thought that the K.I.S. system might take time to learn and reap the benefits. One thing is for sure, though, the initial ride showed us promise. 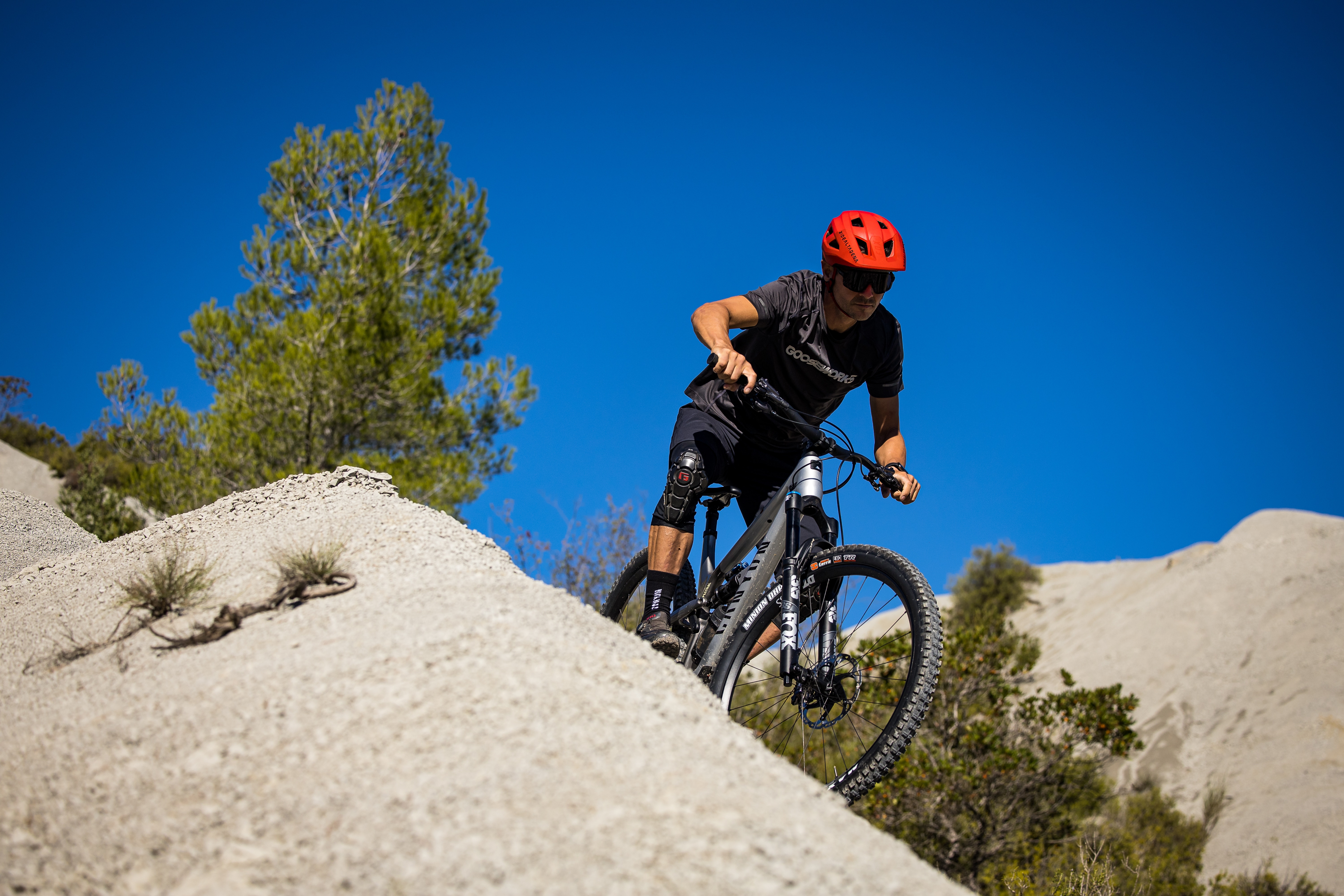 When climbing up some technical sections of the trail, we immediately appreciated the improvement in front-end stability. While it won’t reduce the torque you need to clean something, it will do a nice job to direct that precious power where you need it. We found that the small bursts of power to get up technical climbs were easier to keep on line, and less likely to fall to one side or the other in a flop of the front wheel. 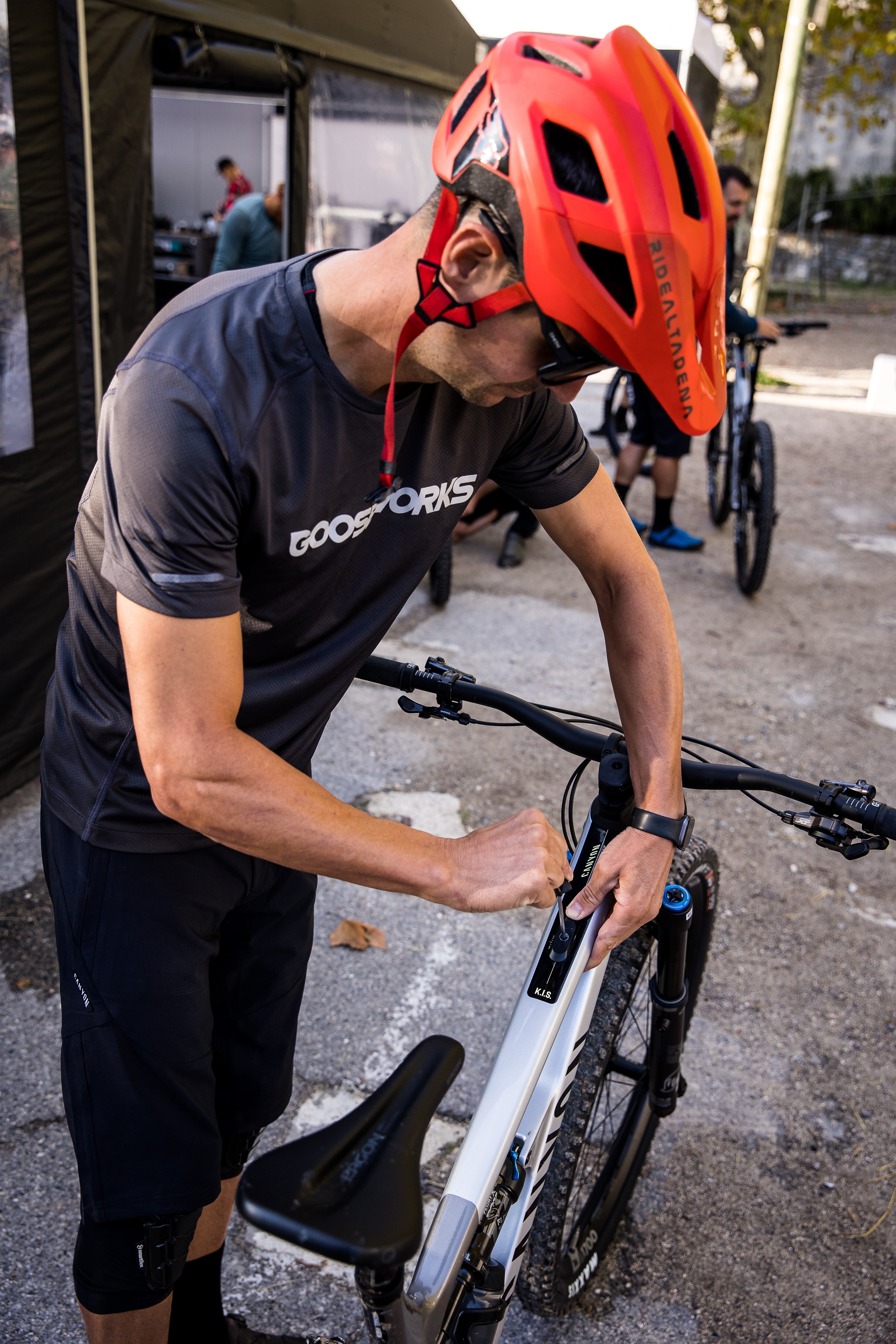 The less expected benefit from the system was most noticeable on drift turns, where the connection of the front wheel to the back end changes the balance of the bike significantly. This is also apparent when jumping if you turn the front wheel at all. Basically, it’s easier to control the rear end through inputs at the bar, and that will translate to more control for most riders. 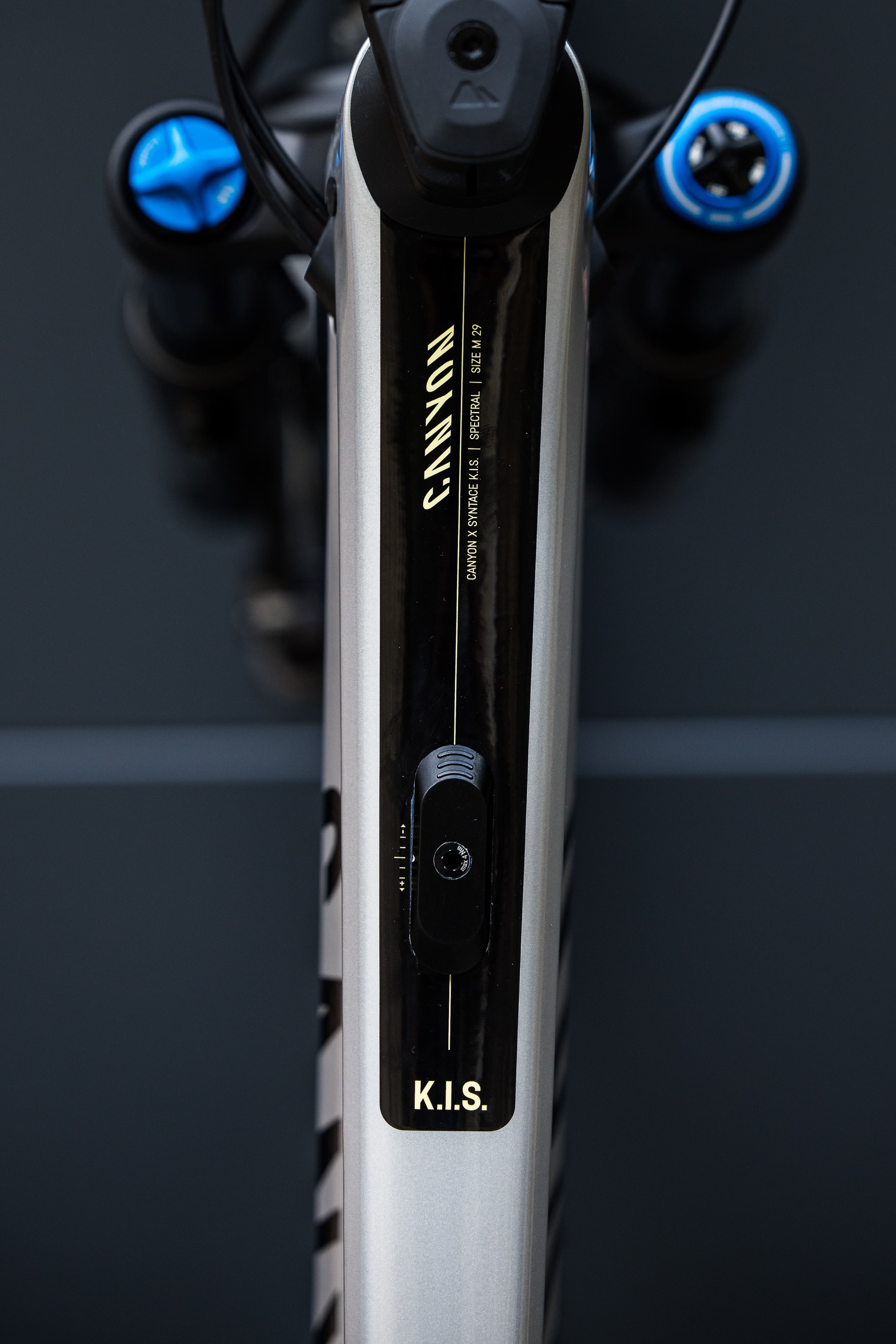 On your new bike:

The K.I.S. system is patented for use on Canyon bikes exclusively for one year. For 2023, the system will be only available on their Spectral trail bike. In the future, the system may be available on more than just mountain bikes, as Canyon acknowledged the system may have benefits for all kinds of riders, from roadies to downhillers. This is not so much a technology that’s aimed to help only beginners or racers. It’s not for a single genre of rider. Rather, it’s a very unique technical approach to solve a known side effect of an otherwise great design attribute. Will a system like the K.I.S. unlock a new era for even more slack and capable bikes in the future? Time will tell. But for this year, you’ll only be able to watch the developments or try one for yourself with Canyon. Stay tuned for a long term review in the pages of Mountain Bike Action. 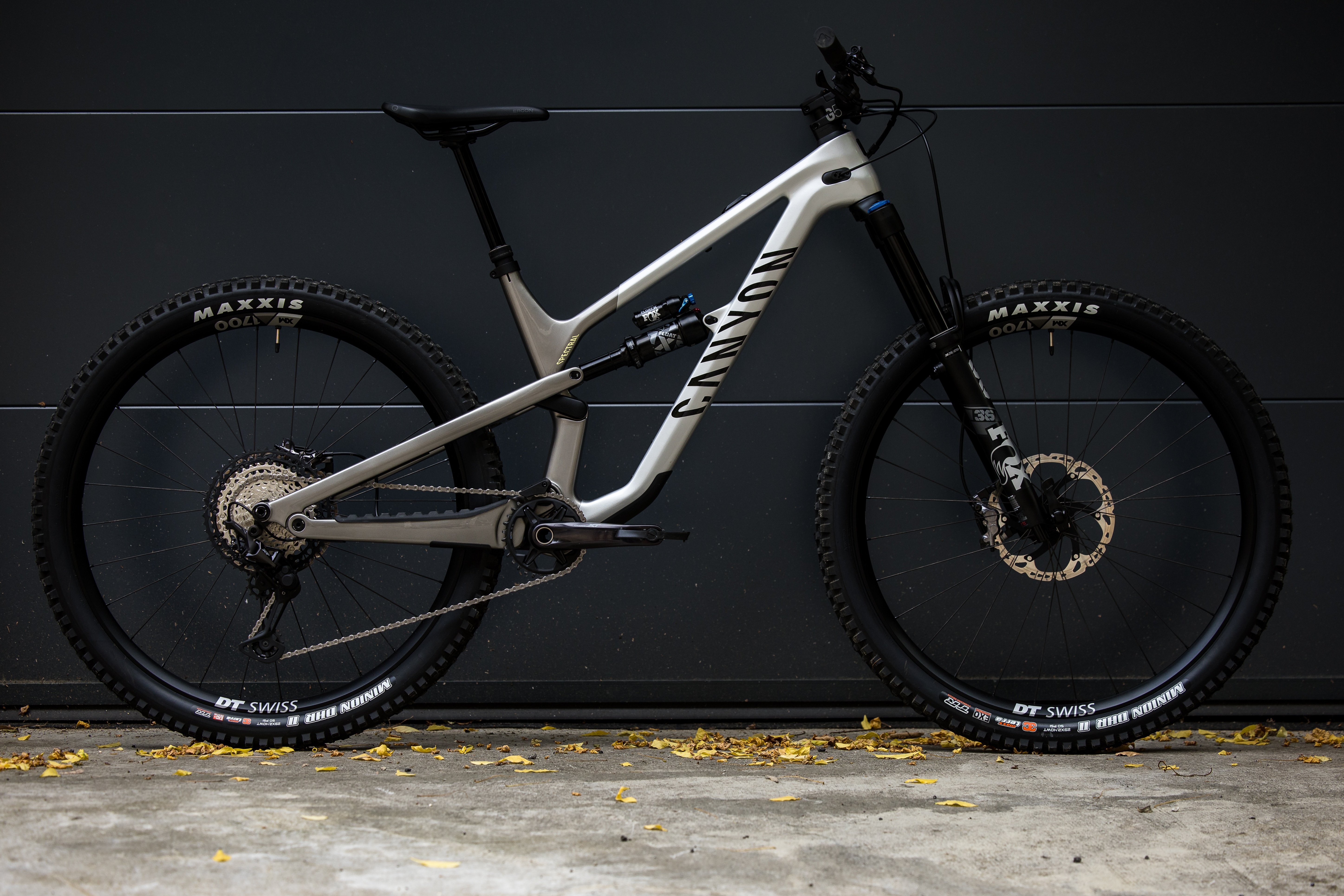