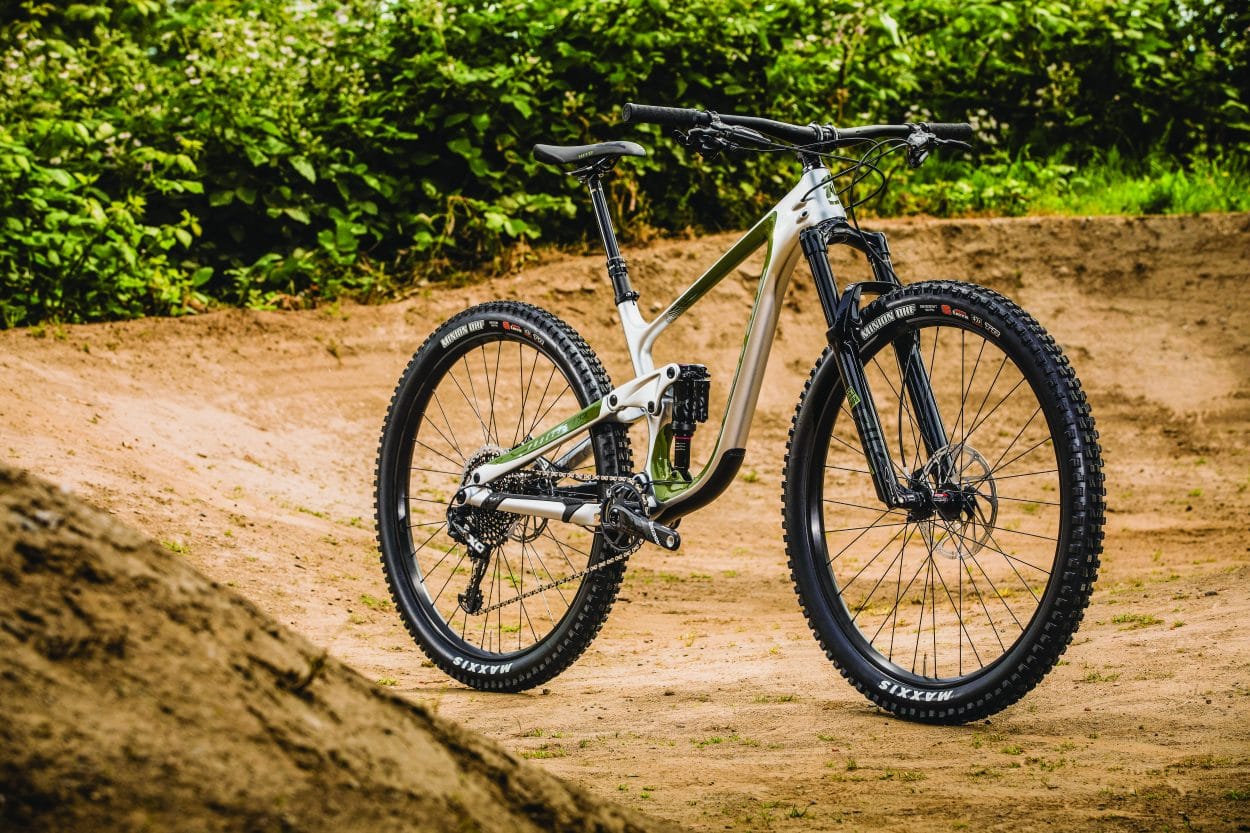 The Process lineup joined Kona’s fleet around six years ago when Kona introduced three new models, including the 111, 134 and 153. The three Process bikes quickly became the workhorse models in Kona’s quiver—until just last year when they dropped the 111. Attention was then focused on making the 153 more capable with a carbon frame and a 29-inch wheel option, as well as a 27.5-inch version. The Process 134 was left hanging around until just recently when the all-new second-generation model was released. 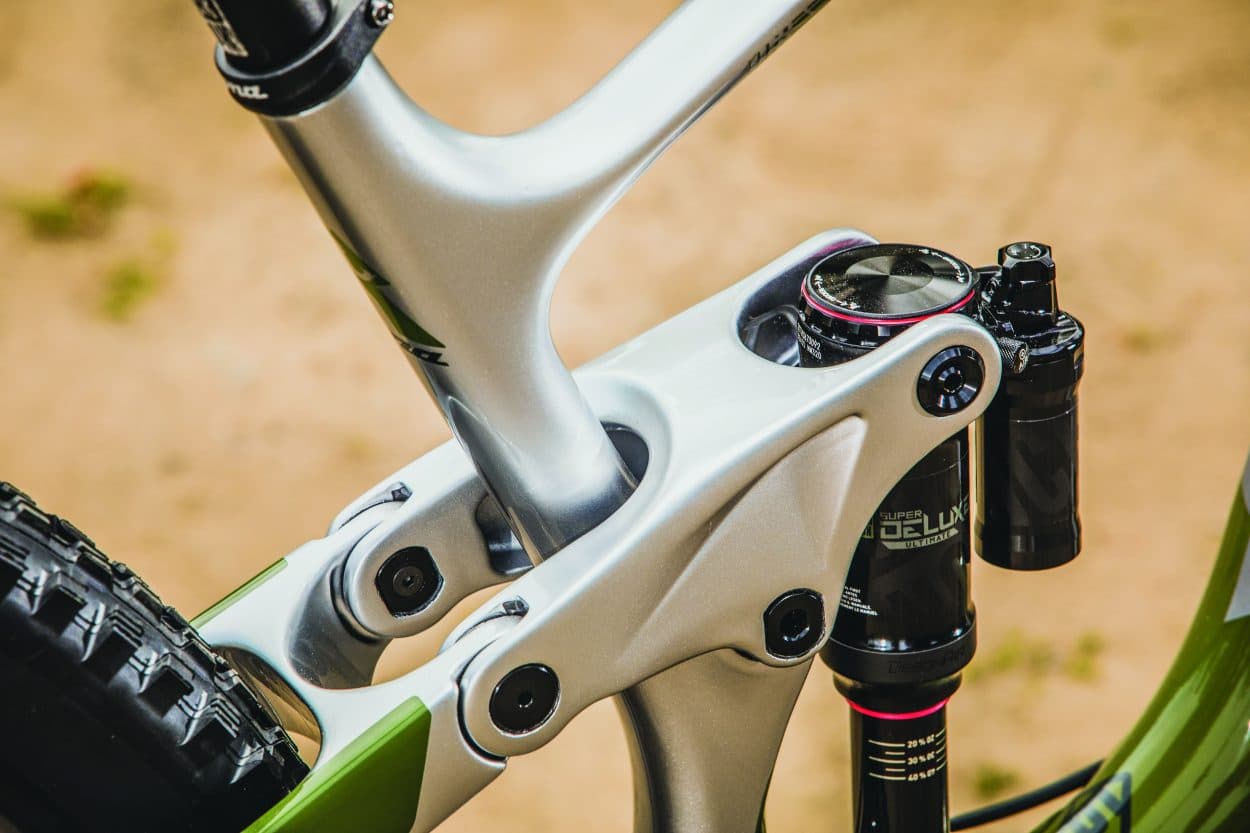 Kona invited us to meet up with them at their headquarters in Bellingham, Washington, a location that’s quickly becoming an MBA must-ride destination. We gathered A that Kona had plans to launch a new trail bike, and we imagined two possibilities—a return of the 111 or an all-new 134 with 29-inch wheels. Upon our arrival, the latter proved to be true. Standing in front of us was a full-carbon Process 134 with 29-inch wheels. Keep in mind, the 134 was first introduced as a 27.5-inch model only. Looking around the room, we spotted two full-carbon 29 models, two aluminum 29 options and two aluminum 27.5 bikes, including an additional frame size—extra small. 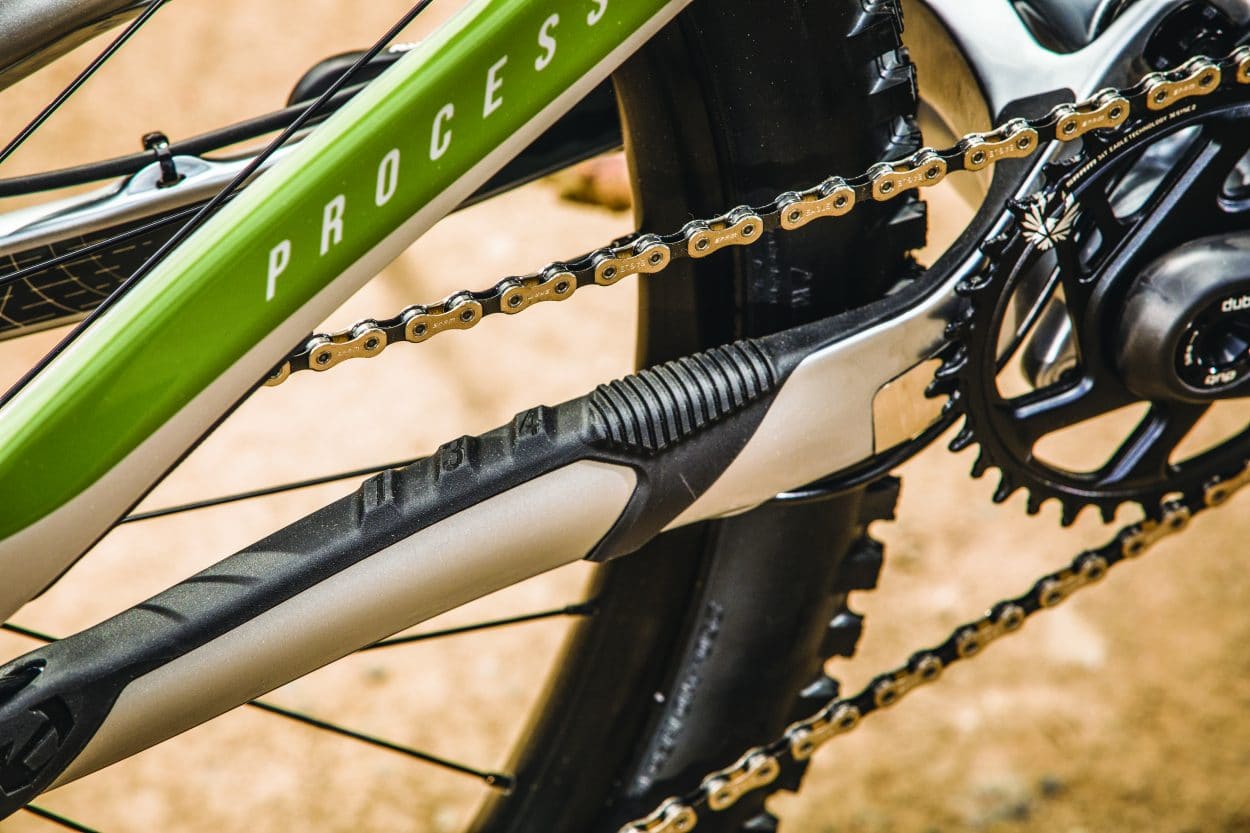 An integrated chainstay protector was added to reduce chain noise over rough trails.

During our stay in Bellingham, we spent a couple of days riding Kona’s top-tier Process 134 over some of the same trails Kona’s engineers used to develop the new bikes. The terrain mixed a bit of root- and rock-filled trails with fast and smooth ones. Essentially, we put the bike through its paces over a variety of trails to prove its promise of being a do-it-all, ride-anything trail bike. 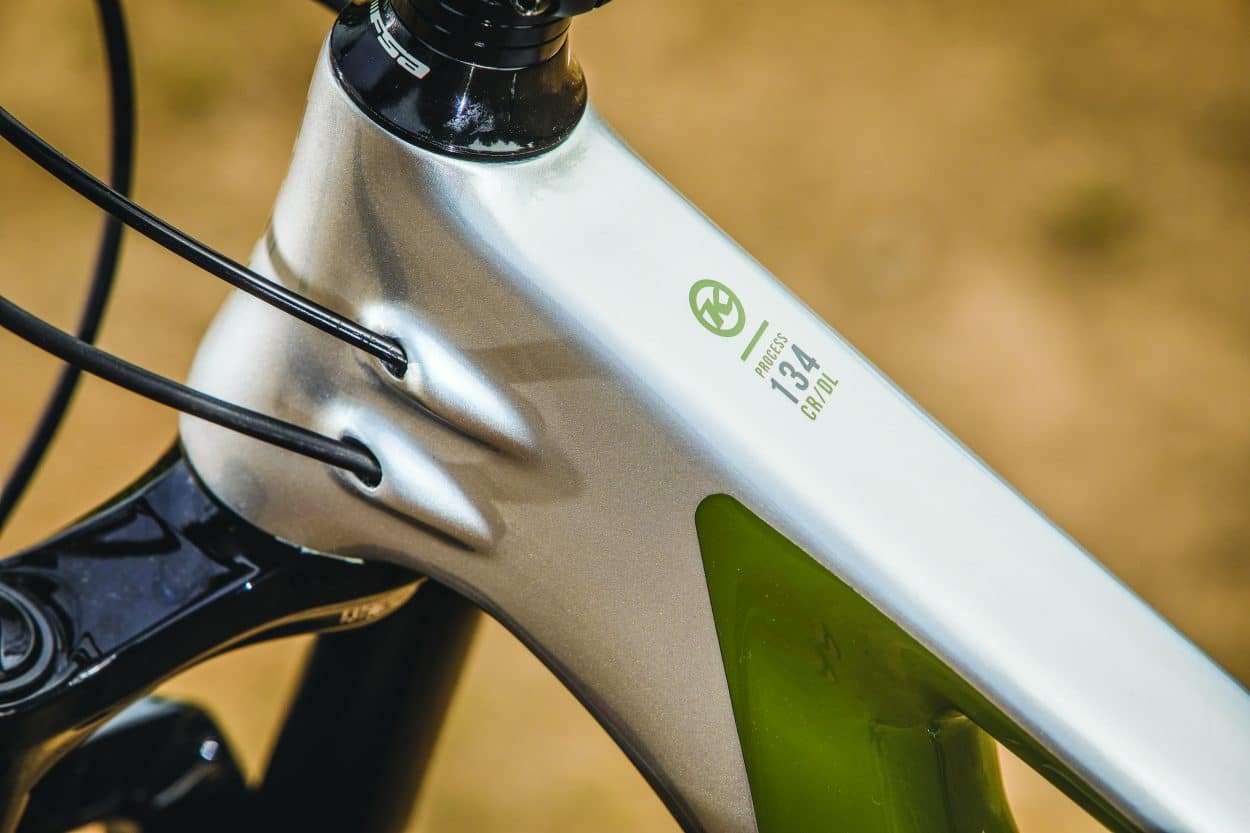 Kona designed the internal cable routing with a Y-connector, which allows riders to easily swap the front and rear brakes should they choose.

The Kona Process 134 is a balanced trail weapon that inspired confidence before we even hit the trails. Although it was our first ride, we felt as if we were reunited with an old friend. We arrived at the trailhead early and went over our new bike to ensure everything was tight and our settings were as close to dialed as possible. Suddenly, we found ourselves bouncing around the parking lot hopping over obstacles and riding manuals along the backside of parked cars. Once the group was ready, we began our climb, charging up a long dirt road to the top of ripping singletrack.

We left the suspension set in the open setting and found the single-pivot platform offered a supportive feel while pedaling up our initial ascent. With the steep seat tube angle and long reach, our rider felt centered on the Kona, allowing him to put power to the ground without lifting the front wheel or spinning out the rear.

Once at the top, we were eager to put the Process to the test down a trail we had previously ridden earlier this year. After the first few corners, we noticed the added progression over the previous generation, as well as the Process 153. Considering the 134 has 134mm of travel, Kona felt it was necessary to increase the progressiveness of the 134 over the 153. This change added a supportive mid-stroke that allowed our test rider to push hard into corners.

The combination of a 66-degree head tube angle with a 51mm fork offset was also a nice touch that inspired confidence over mixed terrain. 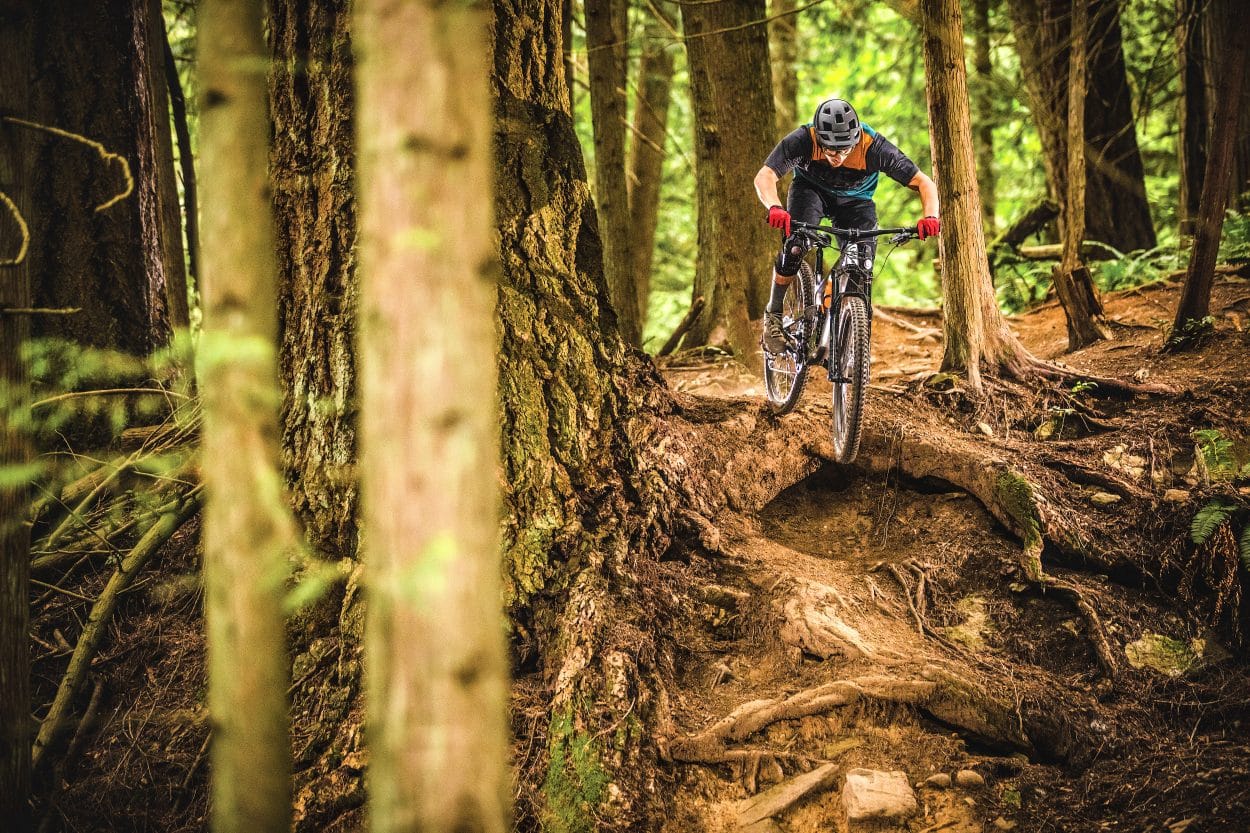 The Process 134 is a balanced-feeling bike that inspires confidence even when the trails get gnarly.

The Process 134 is a bike designed to satisfy a broad range of users. It can be tailored to suit a cross-country-style rider looking for a little extra squish, or it can be beefed up with a coil shock and downhill casing tires to become a mid-travel shredder. In stock trim, the Process 134 straddles those two personalities well.

You can either sit back and let it do the work for you, or you can push it to its limits and continue to feel confident in its abilities. Overall, the MBA staff is quite pleased with Kona’s new trail weapon and can’t wait to get one back on our home turf for a full breakdown.  www.konaworld.com