The sharpest tool in the shed 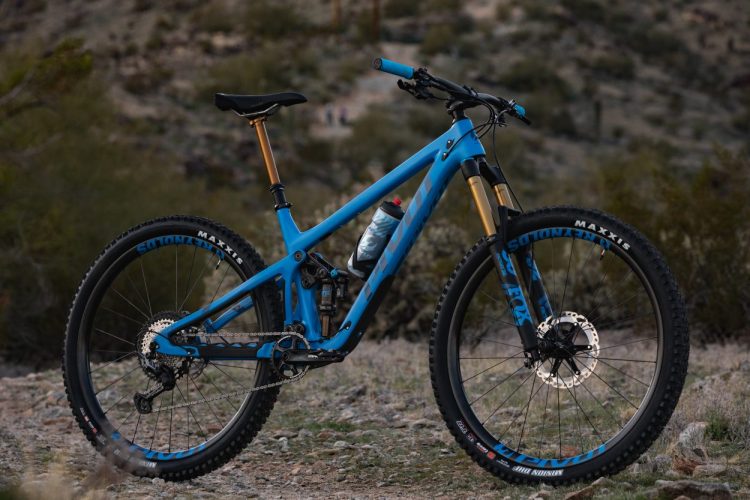 Pivot launched the Switchblade around 2016 and captured a cult following of diehard Switchblade fans within a short time. The bike allowed riders to custom tailor it to their needs by swapping between 29er or plus-sized wheels as well as changing out the headset cup to further adjust the geometry. The first generation Switchblade found the sweet spot in suspension travel balancing its climbing and descending capabilities. The bike quickly became a favorite among the Mountain Bike Action test staff and continued to impress during its 4-year run.

Pivot invited us to their hometown of Phoenix, Arizona to give a sneak peek and a chance to ride the next generation Switchblade. While the bike was still quite modern for today’s standards Pivot is always looking to improve and bring innovation to the table. Placing the old Switchblade next to the newest iteration shows some major changes made to this machine. During our stay in Phoenix, we had the opportunity to put the Switchblade to the test on the very same trails used to design the bike. The location, of course, was South Mountain, a premier riding location located a short pedal from Pivot’s headquarters.

Quite a few changes were made to the Switchblade with the most notable being an all-new suspension layout. The Switchblade moved to a new vertical shock design similar to what’s seen on the Mach 4 SL launched last year. Suspension travel was then increased from 135-millimeters to 142-millimeters. In front, the Switchblade has a 160-millimeter travel fork with a 44-millimeter offset.

When asked why the Switchblade moved to a vertical shock design we received nearly the same answers as we did when we first saw the Mach 4 SL. This new DW-Link system allows for more water bottle clearance, a more progressive shock rate, and more tire clearance. It also allows for better integration of Fox Live suspension and allows Pivot’s designers to lower stand-over height. Pivot used trunnion shock mounts on this frame and assured us that the suspension design is now compatible with coil shocks. 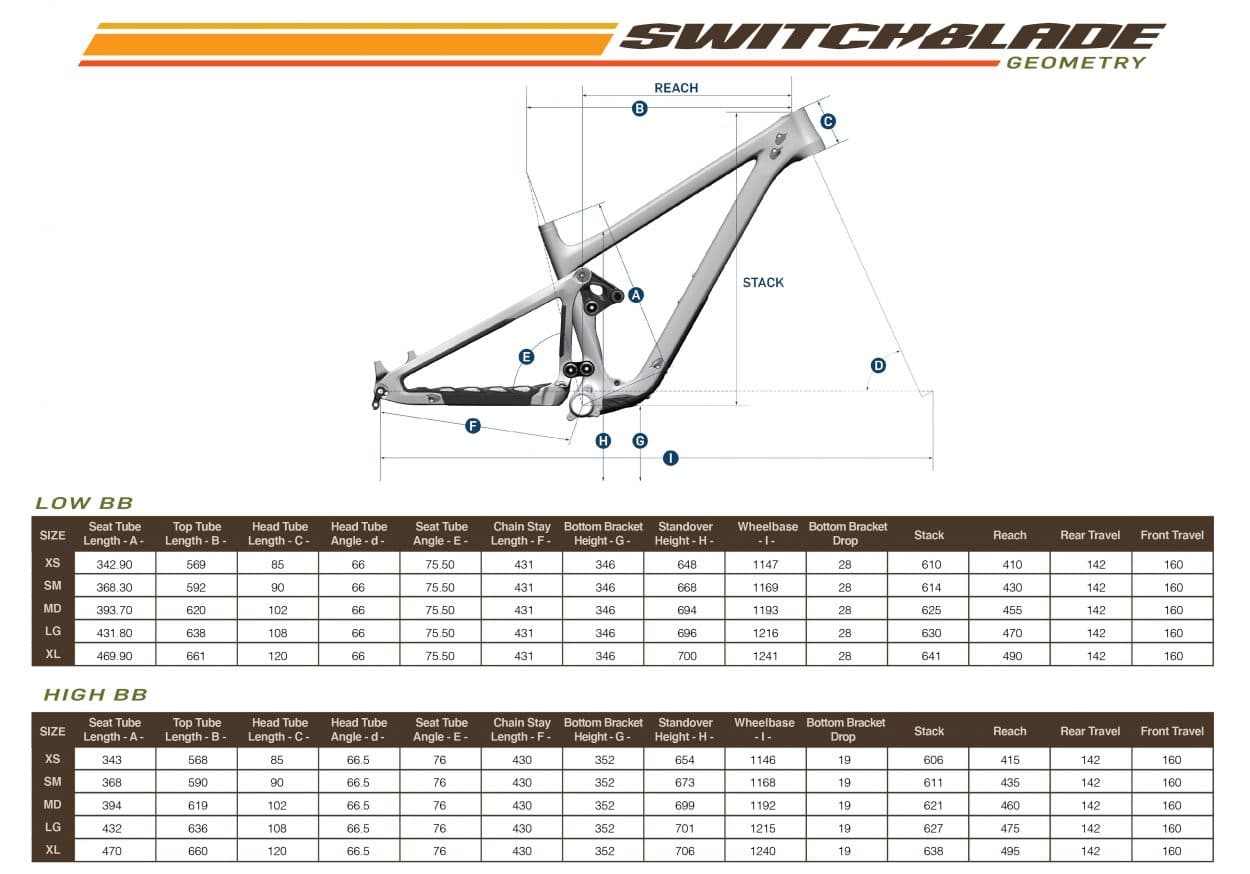 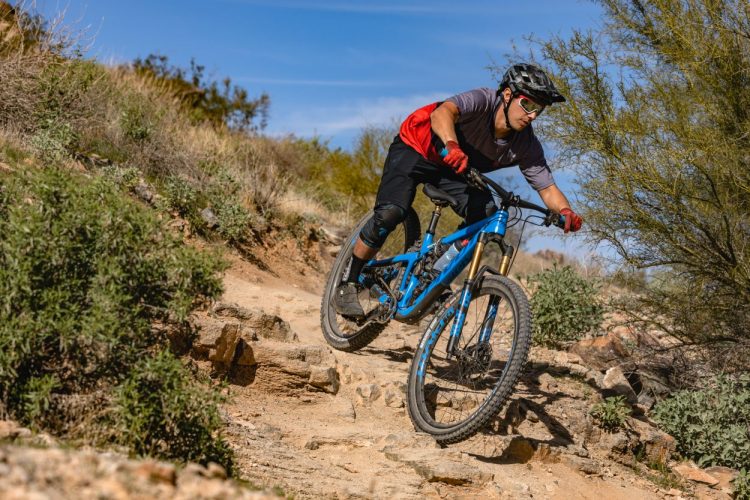 South Mountain offers rugged desert terrain with technical rock shelf climbs and flowing descents where it’s easy to pick up speed. The ideal bike is one willing to climb while not being afraid of a challenging descent. The Switchblade fits the 29er trail bike category in Pivot’s lineup being less downhill oriented than the Firebird 29, however, plusher than the 429 Trail. It’s a bike that packs a punch on the way down while retaining strong climbing characteristics.

Following industry trends of a longer, slacker and lower geometry while reworking the suspension for increased performance makes the Switchblade a confident descender with a point and shoot style ride. No matter what we asked our Switchblade to do it found a way to deliver. It proved time and time again that its Pivot’s most versatile bike in the lineup and is likely to continue to build upon its cult following. The MBA staff is heavily anticipating the arrival of Pivot’s new steed in our test fleet and you know we will be bringing you a full break down of its pros and cons in an issue to come.