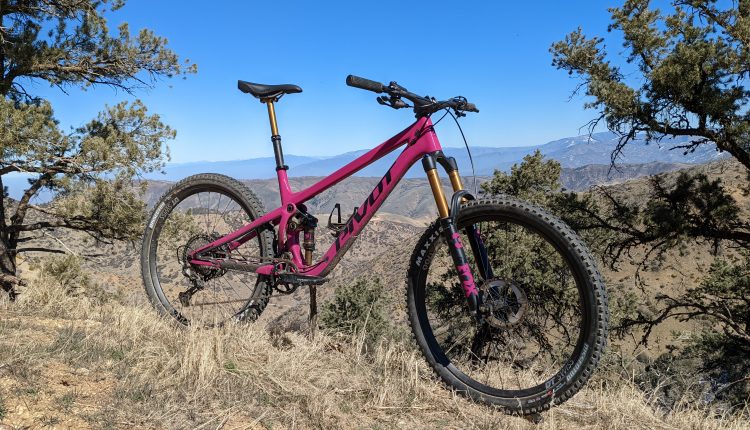 Even though Pivot’s Mach 5.5 was one of its last models to see a complete redesign with the new generation compact frame and vertical shock orientation it remained their third to fourth most popular model by sales in its line. All good things must come to an end and in the case of the Mach 5.5, improved upon. Enter the all new Shadowcat. Pivot’s Shadowcat follows in the footsteps of the Mach 5.5 as a fun versatile trail focused bike with 27.5” wheels and 140mm of suspension travel but that’s really where the similarities end and advances begin.

Pivot really pushes the weight envelope with the Shadowcat. Its front and rear carbon triangles are lighter than the Trail 429 and just 45-grams more than their Mach 4 SL cross country racer. To save even more weight Pivot utilizes some gram reducing features from its cross country line in this bike integrated headset cups and skips Superboost Plus 157mm rear axle spacing in favor of the lighter Boost 148mm setup. The new frame design offers room for a large water bottle on all sizes, bolt on Dock tool integration under the top tube and low standover heights across all sizes. Speaking of sizes the Shadowcat is offered in extra small through size large. Pivot feels that extra large size riders are better served on its 29″ wheeled models.

Although it’s longer and slacker than the Mach 5.5, the Shadowcat does not push any extremes in terms of geometry. At 68.5 degrees the head angle is just .7 degrees slacker on the Shadowcat, its reach 20mm longer in a size large and at 76 degrees the seat angle is quite a bit steeper but not crazy steep. Unlike many of Pivot’s newer bikes, the Shadowcat has one short chainstay length of 43mm across the size range to keep handling snappy. There is not an adjustable flip chip or headset cup option on this model in an effort to save weight.

Like all new generation Pivot models, the Shadowcat sees a vertical shock orientation with the continued development and evolution of dw-link suspension. It’s 140mm travel suspension and leverage ratio is optimized for an air shock and it is spec’d with a Fox DPS to keep things as light as possible. The frame is Fox Live Valve compatible and it is now an option in Pivot’s most affordable Race level builds with Fox’s Performance level fork and shock. 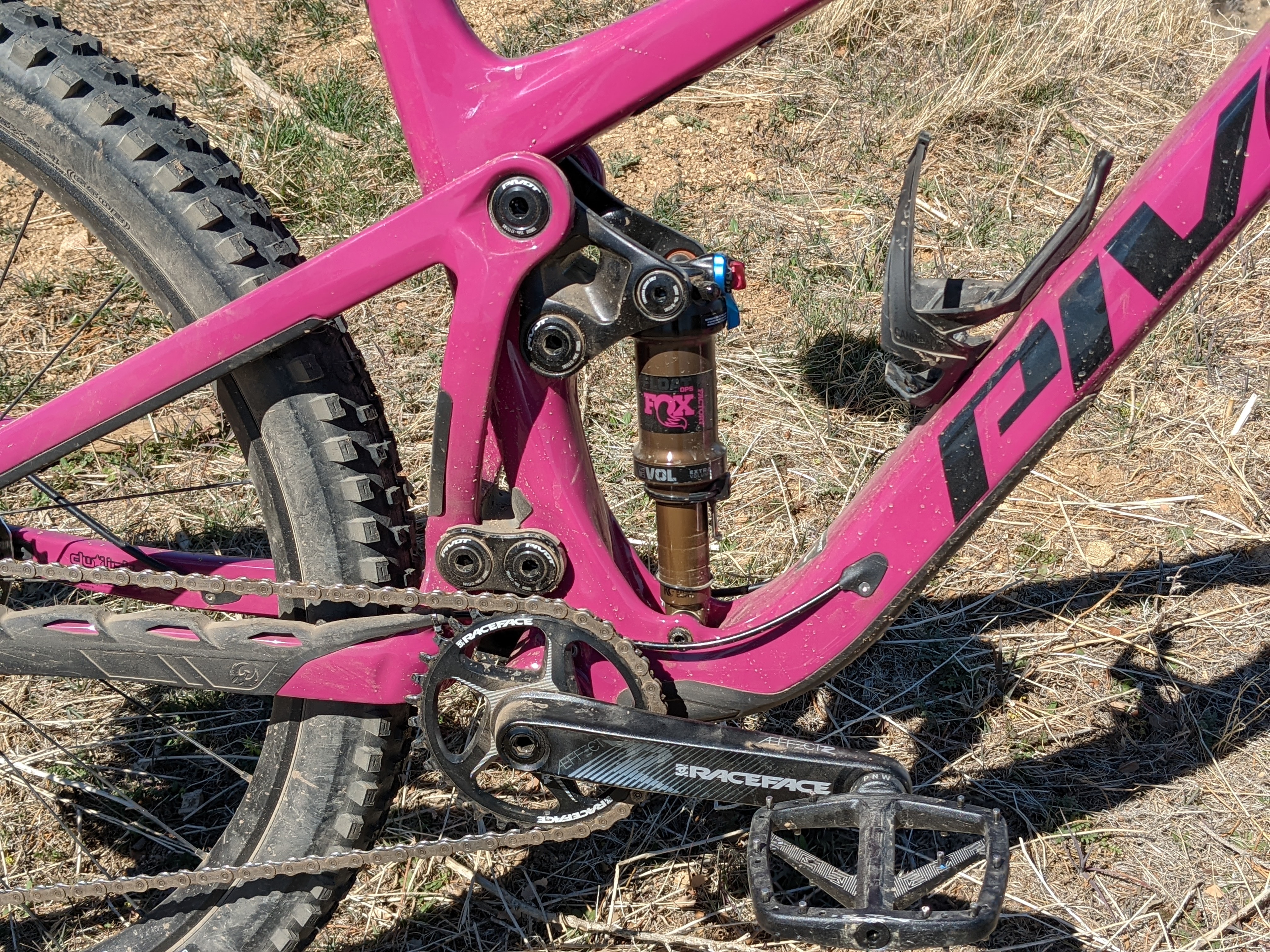 Pivot outfits the Shadowcat with a 160mm travel Fox 36 fork to maintain front end predictability and capability. In yet another weight saving move, Pivot chose to go with Fox’s FIT4 damper because it is lighter than the GRIP2 variation.

In one week’s time we rode the Shadowcat in Arizona at the Hawes trail system near Pivot’s headquarters and up in Prescott as well as back at our local trails in SoCal. From the very first pedal stroke the new bike impressed us with its efficiency and speed on steep climbs. The tighter and more technical the better the bike seemed to work. The same trend continues when the trail heads down the mountain – the tight and twisty is where this cat feels most at home. This bike snaps through corners and is very lively in the air. And when the going gets rough, there is enough suspension travel to keep the bike composed, tracking straight and predictable. 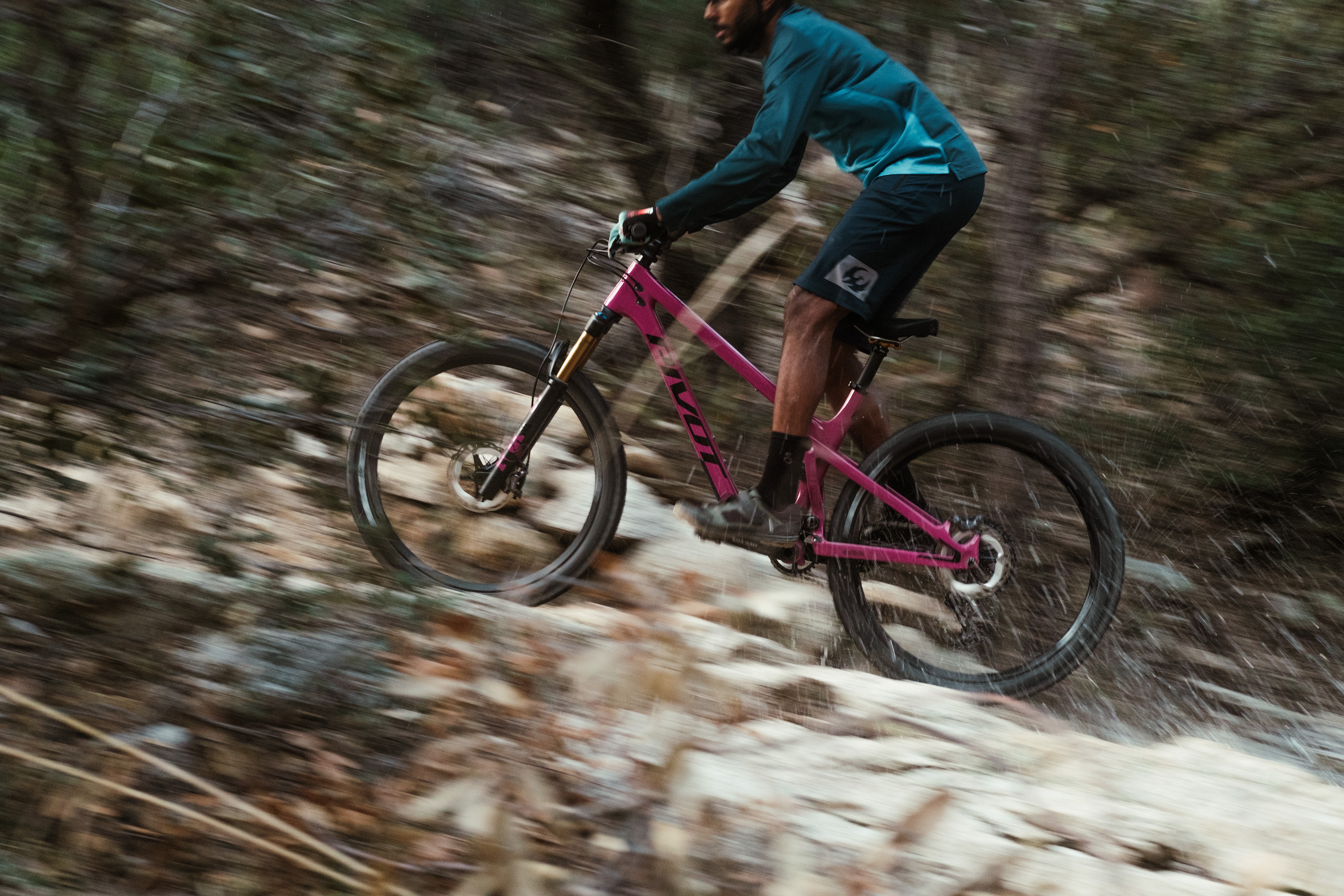 While it’s no race bike, Pivot says that the Shadowcat is made to make everything easier and more fun and that’s exactly what this bike seems to do. Combine the lighter, faster acceleration and quick turning nature of the 27.5” wheels with a lightweight chassis and you have the recipe for a fun trail bike with cat-like reflexes. So far, everyone who had ridden the Shadowcat has been impressed. Keep an eye on the pages of Moutain Bike Action to see if the wrecking crew continues to be smitten by this kitten.

The new Shadowcat will be available in two colors – Danger Fruit and Blue Mirage – and can be purchased in six different complete build options from Shimano and SRAM with additional Fox Live Valve suspension and carbon wheel options priced from $6,199 to $13,599. For more information visit Pivot’s website and listen to their podcast on the bike with Pivot CEO Chris Cocalis and Athlete Chloe Woodruff. 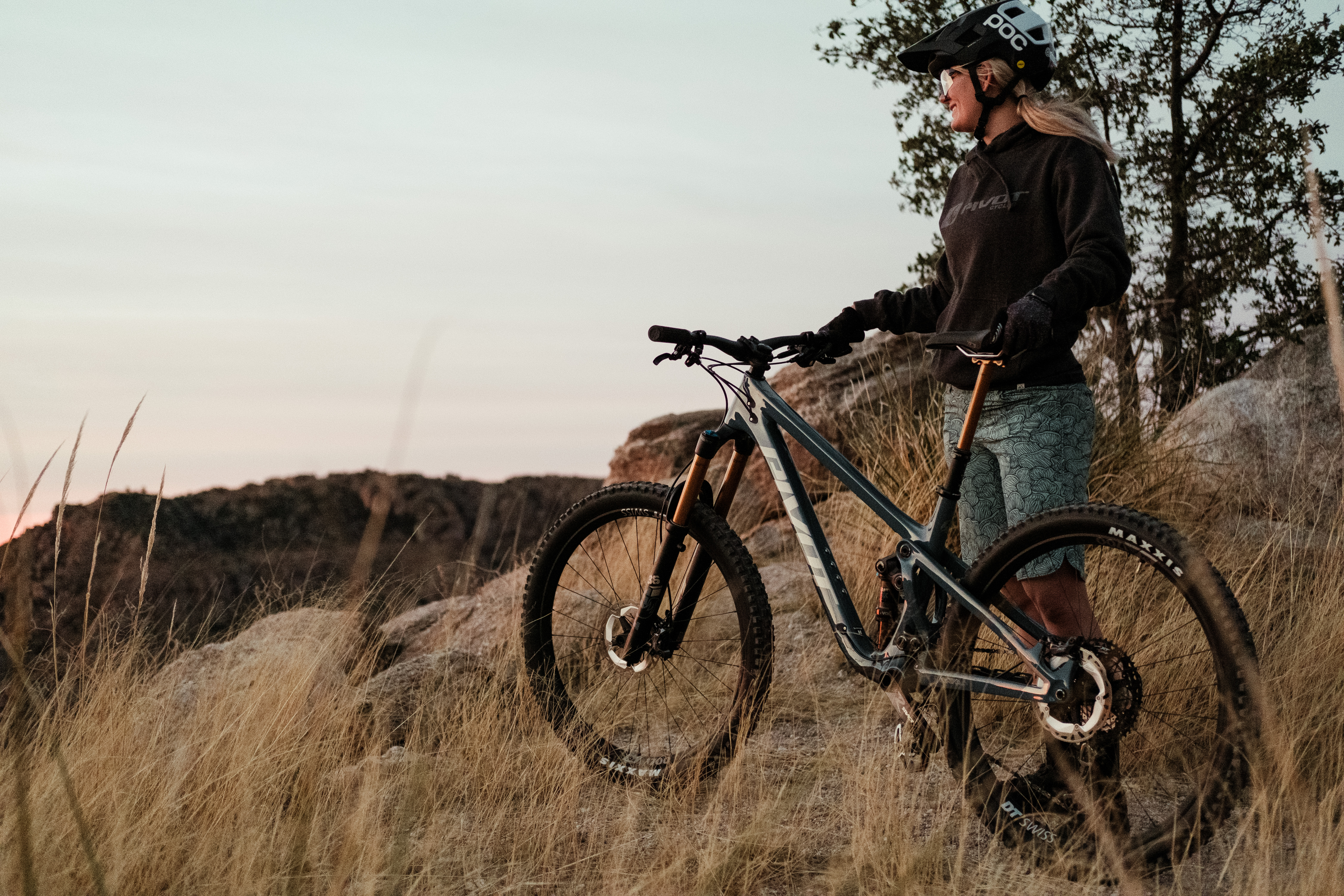