WHISTLER, BC, February 2022 – As female riders continue to progress the sport of mountain biking at an exponential rate, the Freeride Mountain Bike Association (FMBA) is proud to announce the addition of the FMB World Tour Women’s Division and Red Bull Best Line Women’s Contest this 2022 season. 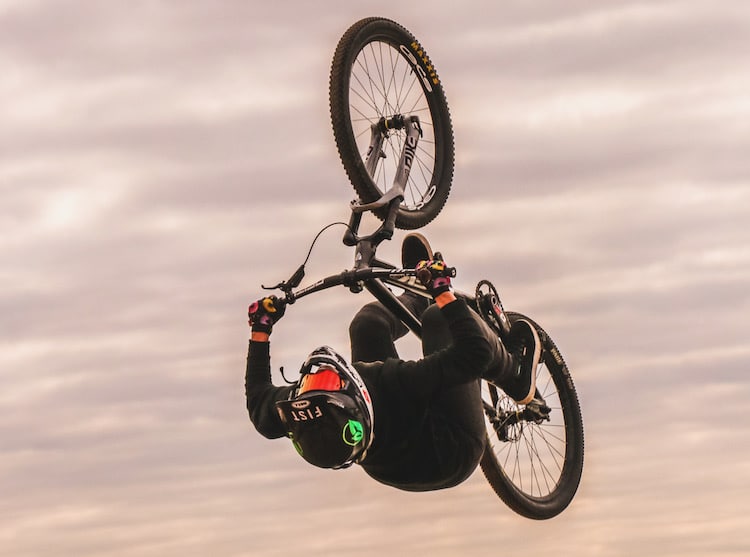 –Give FMB Bronze and Silver level events the option to host a sanctioned Women’s Category.
–Offer female athletes a Women’s Athlete License for the 2022 season.
–Champion Women in freeride with the standardization of equal prize money distribution to the Women’s Podium as to the Men’s Podium across FMB sanctioned events.

The FMB World Tour Women’s Division has been in development for years, and while the pandemic postponed its addition, global lockdowns have worked as a catalyst for progression amongst female riders. With this, the goal of the Women’s Division is to provide more opportunities for female freeride athletes, whether they’re wanting to improve their competition skills or have their sights set on one day becoming the FMB World Tour Women’s Champion.

“Women’s freeride has reached a boiling point,” said FMBA Administrator, Nicole Freeman, “and this addition is the result of years of hard work, put in by athletes, organizers, advocates, and anyone who supported female riders.” With the launch of the Women’s Division stemming from advocates for Women in freeride, Freeman continued that “setting up the framework for a Women’s Division within the FMBA has been incredible, mostly because the way forward has become so
clear. It’s time.”

For up-and-coming riders, such as 15-year-old Patricia Druwen, the addition of a Women’s Division offers a bright outlook on the future of mountain biking. “Even more women will be interested in Slopestyle and dirt jumping,” said Druwen, on the long-term impact of a Women’s Division.

Fellow rider and leader amongst the Women in freeride movement, Gemma Corbera, echoed these thoughts and shared her enthusiasm for what’s to come. “2022 is going to be huge,” said Corbera on the development of female athletes, “and the addition of a Women’s Division is going to motivate a lot of us.” With an exciting season ahead, Corbera expects “lots of improvement” and has no doubt that “there will be new tricks.”

Caroline Buchanan, a powerhouse on two wheels, is a 3 x BMX World Champion and 5 x Mountain Bike World Champion and has long been an advocate for the development of female athletes and the progression of Women in freeride. Beyond her own successes, she is hopeful that the addition of a Women’s Division allows female riders “from a young age to know that there is a future in freeride and Slopestyle.” She adds that “it will definitely help strip away any limiting beliefs Women
have, and the platform will bring the exposure, support, pathway, and motivation to push the limits for a purpose.”

2021 saw Buchanan make history at Audi Nines as she became the first Woman to land a front flip on a mountain bike. “Women in freeride over the past two years has been the perfect storm for progression,” said Buchanan, on how recent years will affect the future of mountain biking. With growth stemming from “global lockdowns, social media, event doors opening, industry support, and foundations laid from past Women in the industry,” Buchanan sees “the inclusion of Women onto the FMB world stage alongside the Men [as] what the Women of today and 10 years from now need.”

The FMBA is also introducing a Women’s Contest to the current Red Bull Best Line Award. Equal prize money and recognition will be awarded to all participants. More information is to follow in the coming months on eligibility criteria.

In combination with the FMB World Tour Women’s Division, the addition of a Red Bull Best Line Women’s Contest will offer support and exposure to female athletes as they push their own capabilities.

Over the past three years, Tim Bringer (FRA), Garret Mechem (USA), and most recently, Chance Moore (CAN), have elevated their riding to levels worthy of the reputable award. In the time since, it has acted as a springboard for previous winners to find their way to the world’s stage and progress their own riding, as well as that of their competitors.

The entirety of the mountain biking community is ready for growth where female riding is concerned. Nicholi Rogatkin, champion Slopestyle athlete and unofficial title holder of “the most stoked” when it comes to witnessing progression in the discipline, sees the addition of a Women’s Division as “a massive inspiration for future generations of female riders.” In comparison to this year’s Olympic BMX female athletes, Rogatkin shares that the Women’s Division will provide a “huge opportunity for [women in freeride] to finally have a stage to show their incredible bike skills.”

Who runs the world? Girls.

Stay up to date with all things FMBA: fmbworldtour.com