Grip it and rip it 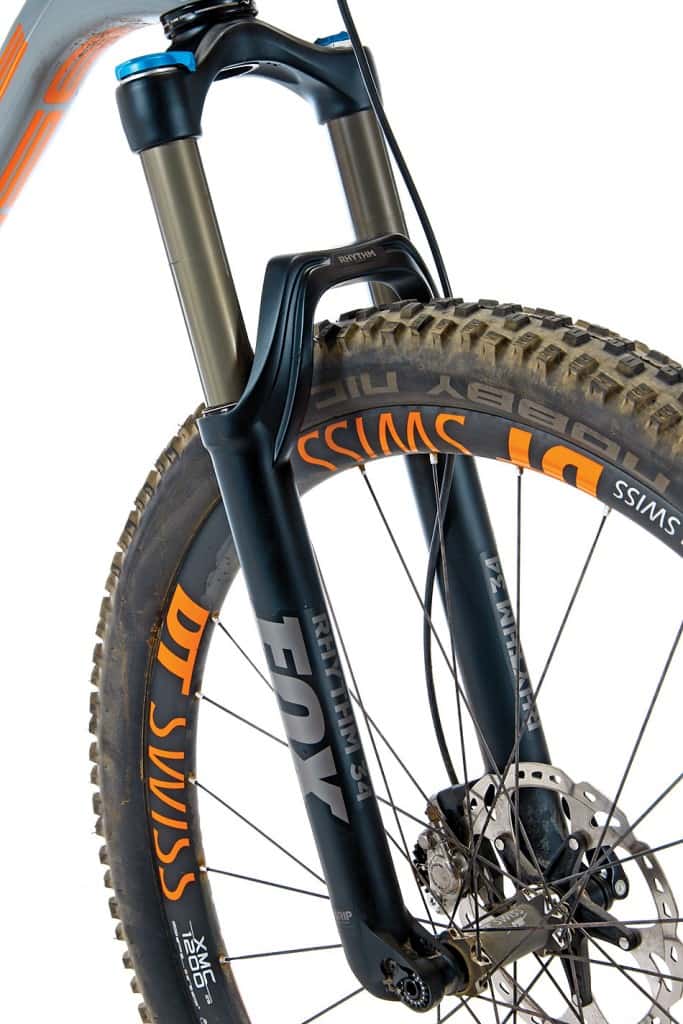 Fox builds some of the finest suspension on the planet, whether it be for trophy trucks, autos, snowmobiles, ATVs or military vehicles. Fox also builds some of the best suspension products for mountain bikes, ones that are renowned for being not only plush and extremely adjustable but also reliable and durable. Fox technology typically comes with a hefty price tag, and many riders are gladly willing to pay a premium for the exceptional quality; however, Fox has recently decided to make an affordable fork for the average rider. It will have a simpler damper and chassis but will still offer Fox quality. When we heard Fox suspension would be more affordable and more accessible to riders on a budget, we simply had to see if the product could live up to Fox’s reputation for excellence. 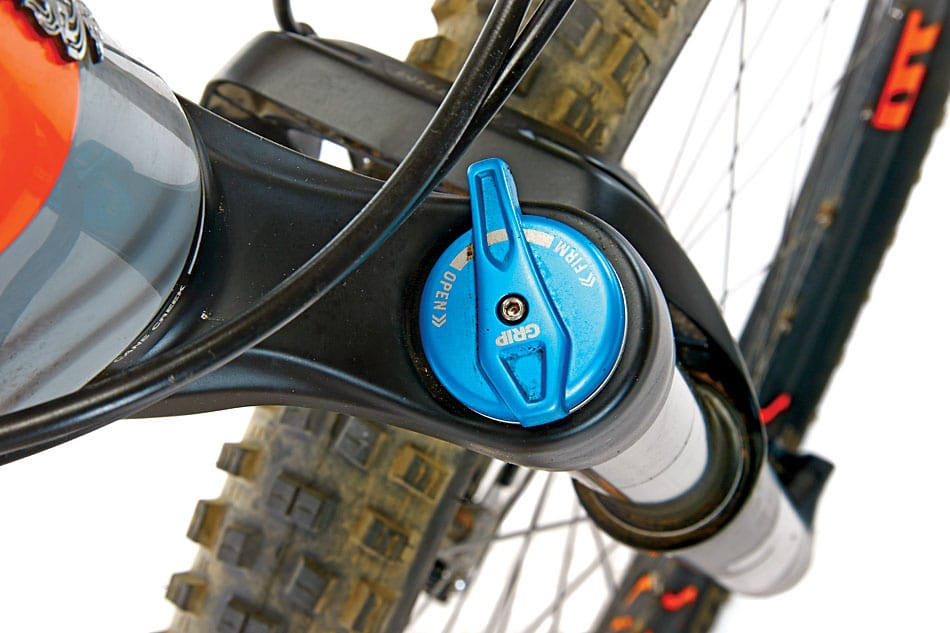 The Rhythm fork is new for 2017 and is designed for riders who want the performance Fox is known for without the price tag that typically goes along with it. Compared to the Performance and Factory versions, the Rhythm has a completely different 6000-series aluminum upper chassis with 34-millimeter stanchions but shares the same air spring as its higher-end brethren. This fork is only available as original equipment on new bikes for now; however, Fox says if there were enough demand from riders for the lower-priced option, it would be easy for them to offer it aftermarket for around $500.

The Rhythm’s Grip damper is a closed-cartridge system (like that of the FIT4) that keeps the air and oil separate but in a less expensive package. The Grip and FIT4 dampers are similar in concept but completely different internally. To keep the air and oil separate, the FIT4 damper is vacuum-bled, while the Grip cartridge has a small purge port that allows excess oil to flow during bottom-out but doesn’t have to be vacuum-bled during manufacturing. There are two versions of the Grip: one offers three adjustment levels and the other offers an open or firm setting like what comes stock on the Rhythm. The Performance-level forks get the three-position damper for a slight increase in price. The Rhythm does use a red-anodized rebound knob on the bottom of the lower leg and allows 22 clicks of adjustment. Our test fork was set up for 29-inch wheels and had 130 millimeters of travel. The Rhythm is coming stock on trailbikes with 29- and 27.5-inch wheels.

This month we tested a top-end Intense Primer sporting a Fox Factory fork with the same travel and wheel configuration as the Rhythm fork we received for testing. This gave us a solid platform to compare the weights and performances of the two forks back to back. Out of the box, the Rhythm wasn’t as heavy as we were expecting, and the scales reassured us that there was only a minor penalty of about 100 grams compared to the top-end fork. We installed the Rhythm and set the sag at about 20 percent to match where the Factory fork was set. We left the air spring with two volume spacers, turned the rebound six clicks out and hit the local trails.

The slight increase in weight was hardly noticeable (if at all), and the first climb yielded positive results with the damper switched to its firmest setting. Out of the saddle, the 34-millimeter chassis felt stiff and gave us little to no flex during hard efforts. The “firm” setting is not a true lockout, but every one of our testers mentioned that it offered more than enough pedaling platform to feel efficient. Additionally, the two-position damper is so easy to use and understand that our testers didn’t have to spend any extra time getting used to the adjustments. This simplicity meant that all of our test riders, even the most inexperienced ones, were able to set this fork up quickly and hit the trail. It’s as close as you’ll find to “plug and play” in the suspension world.

The chassis features a less-fancy build process than the Factory-level forks. The tubes don’t have the thin and butted walls, nor do they feature the higher-end Kashima low-friction coating. On the trail, though, we’d be hard pressed to notice a difference between the two. In fact, we’d go out on a limb and say that for most riders, any difference is going to be due to the placebo effect. The Rhythm fork provides 90 percent of the performance of the Factory or Performance versions. While the most particular riders, suspension aficionados and elite racers will prefer the range of adjustability of the higher-end Fox product, we’re confident that anybody who buys a bike with a Rhythm fork mounted to it will be more than happy with the rock-eating suspension performance.