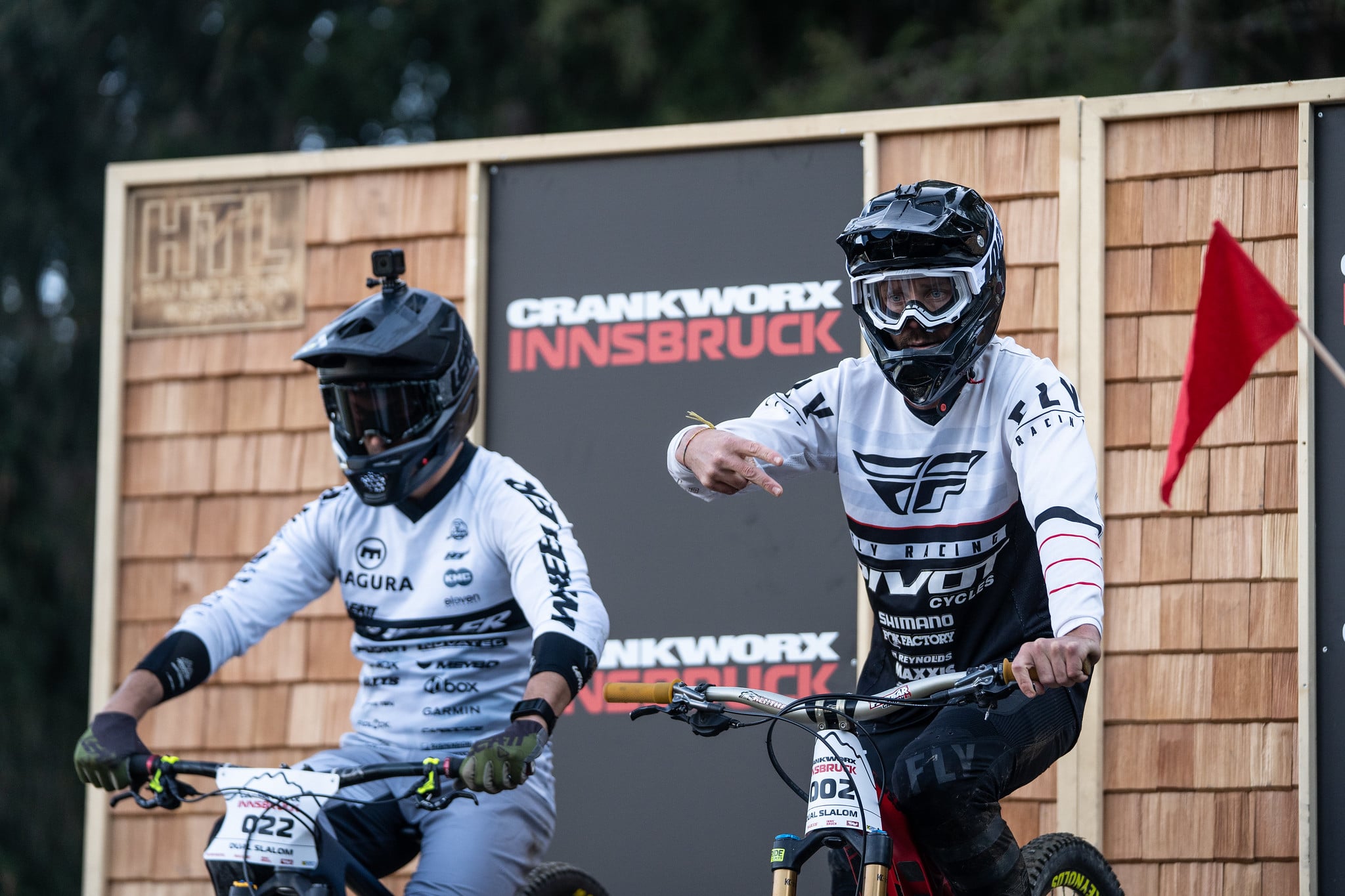 Thrills, spills and riding bikes with friends – the spirit of Crankworx is back with a vengeance in Innsbruck, and the Austrian festival has crowned its first champions under sunny skies, surrounded by the snowy Austrian Alps.

“It’s really good to be back racing. Enjoying the mountains and riding bikes with friends,” said Adrien Loron, who took the W for the pro men in today’s Dual Slalom Innsbruck. The former King of Crankworx has earned many a Pump Track gold, but today claimed his first in this discipline. The iXS rider said there were some positives of the six months of downtime since the last Crankworx, but that he was ready to get back after it. 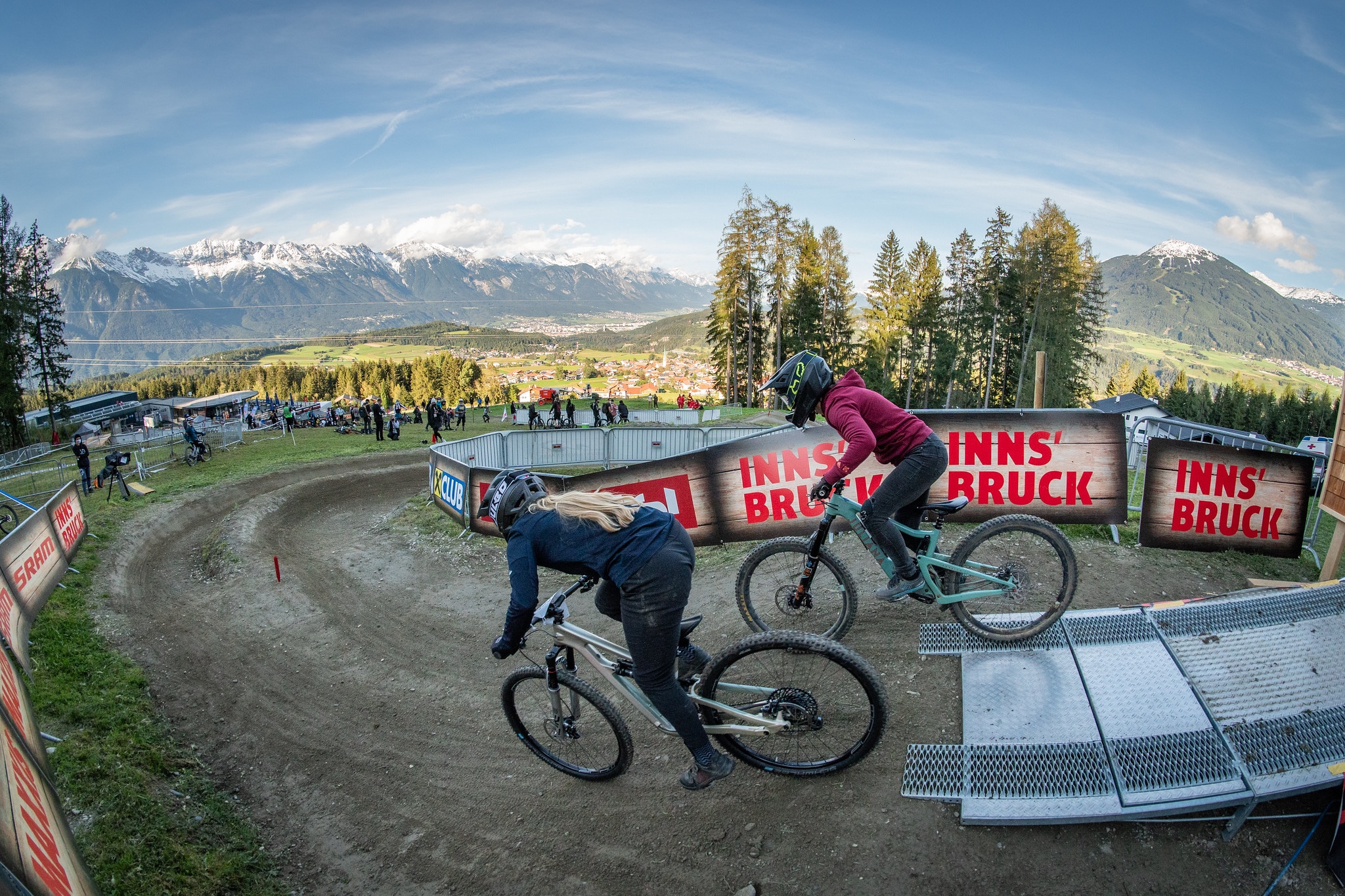 “It’s been good because I’ve been racing for seven years now and traveling all around the world. So it’s been a good thing for me to spend more time with my family and have a good rest. But then it started to feel like a pain. I was dying for a race or something to happen. It’s so good to be back.”

On the women’s side, the win was the continuation of a streak of strong performances. Former Downhill World Champion (2012) turned EWS racer Morgane Charre finished her Enduro season on top, with the highest points total among the women after three races. Today’s gold was the icing on the cake for her. 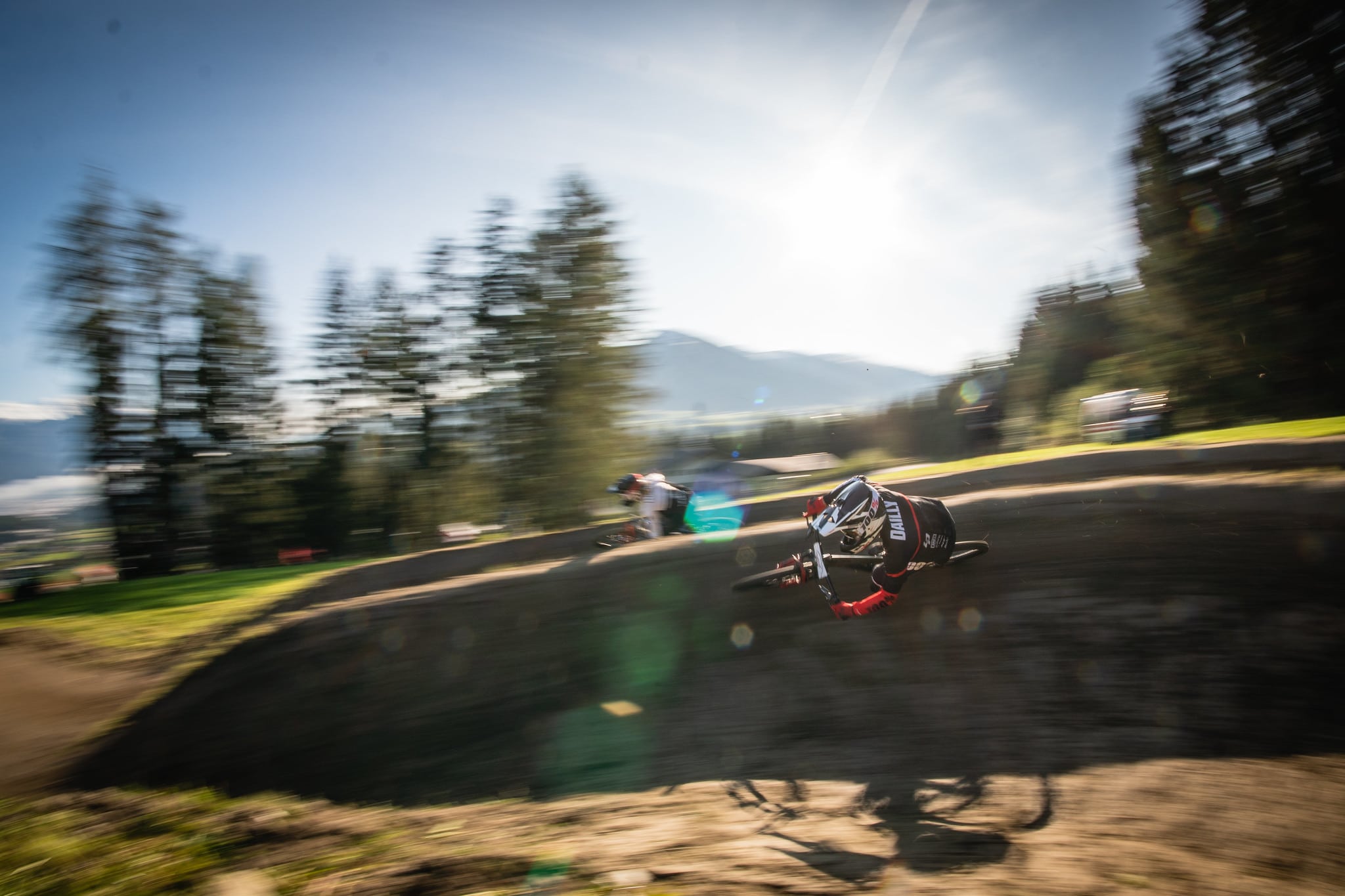 “I’m so happy,” said Charre. “I had a lot of fun on the Slalom. It was a fun event and really good to do something different, especially to finish the season. So I’m really happy to be here and to take the win.”

It was a win that was hard-fought and full of drama. The gold medal match-up saw…