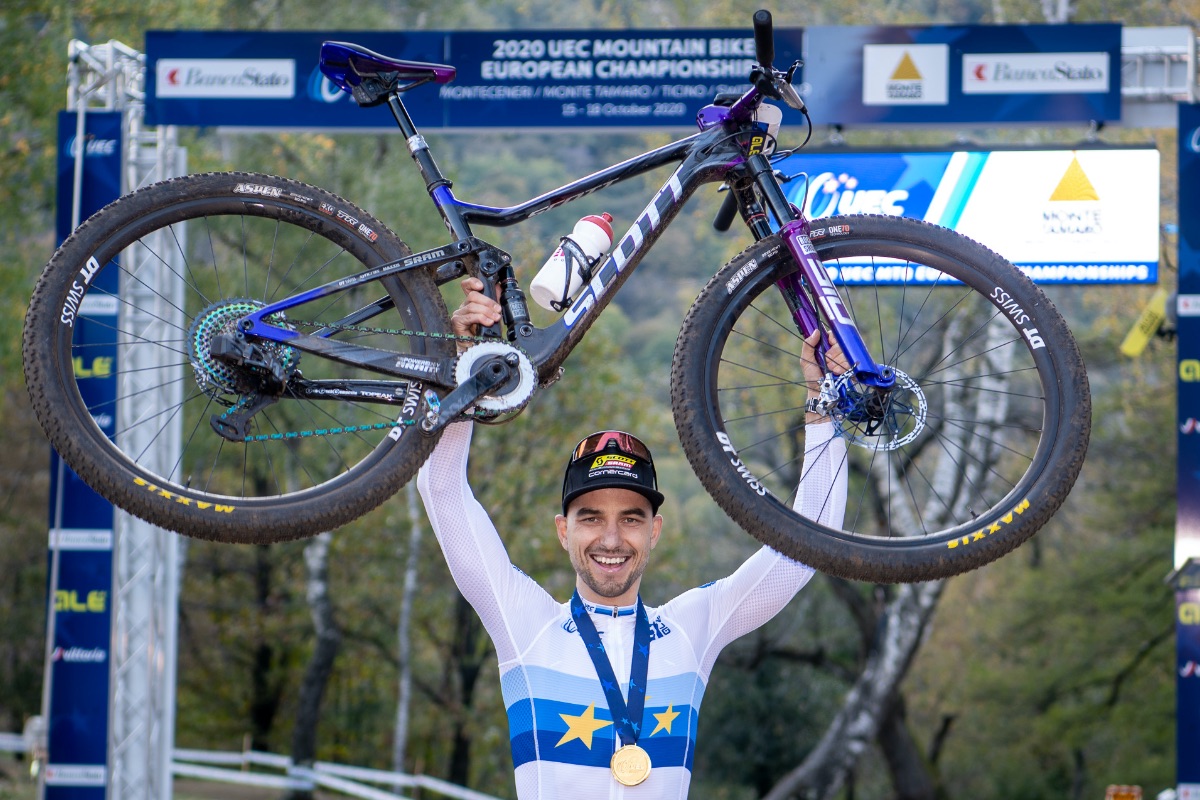 It was no secret that N1NO was very disappointed about the outcome at Worlds. Losing the rainbow jersey he wore for five years straight was tough to accept. However, champions show their true colors when they are down, not only when they are winning. Nino showed us exactly this with an impressive turnaround winning the second most important title of this season. He now exchanged the rainbow stripes for yellow European stars. 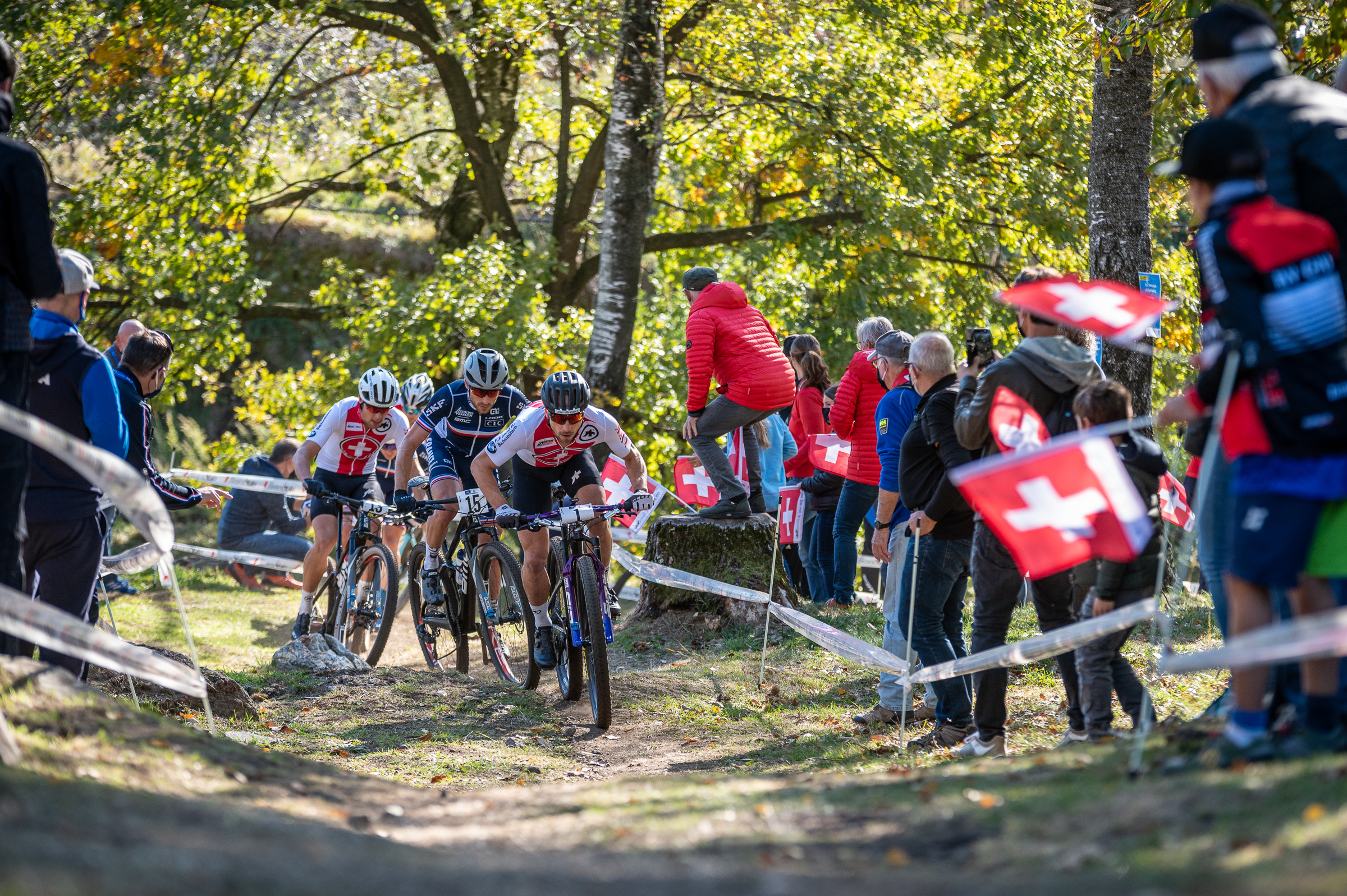 N1NO laying the hammer down on his way towards the title of European Champion. Imagery by EGO PROMOTION.

It’s a fact that Nino Schurter was not too keen about European Championships in the past. Most of the time it did not fit in his schedule focusing on Worlds. His last participation at European Championships goes back to 2013 in Bern, Switzerland. There he won silver behind Julien Absalon. Therefore this title was still missing in the Palmares of a man who has eight World Champion titles to his name.

All the top contending athletes joined this year’s Europeans. Only Henrique Avancini and Alan Hatherly as non-europeans were missing. Having Europeans on home turf, on a technical course that is practically made for N1NO and in perfect weather conditions, was extra motivation after the down of Leogang. 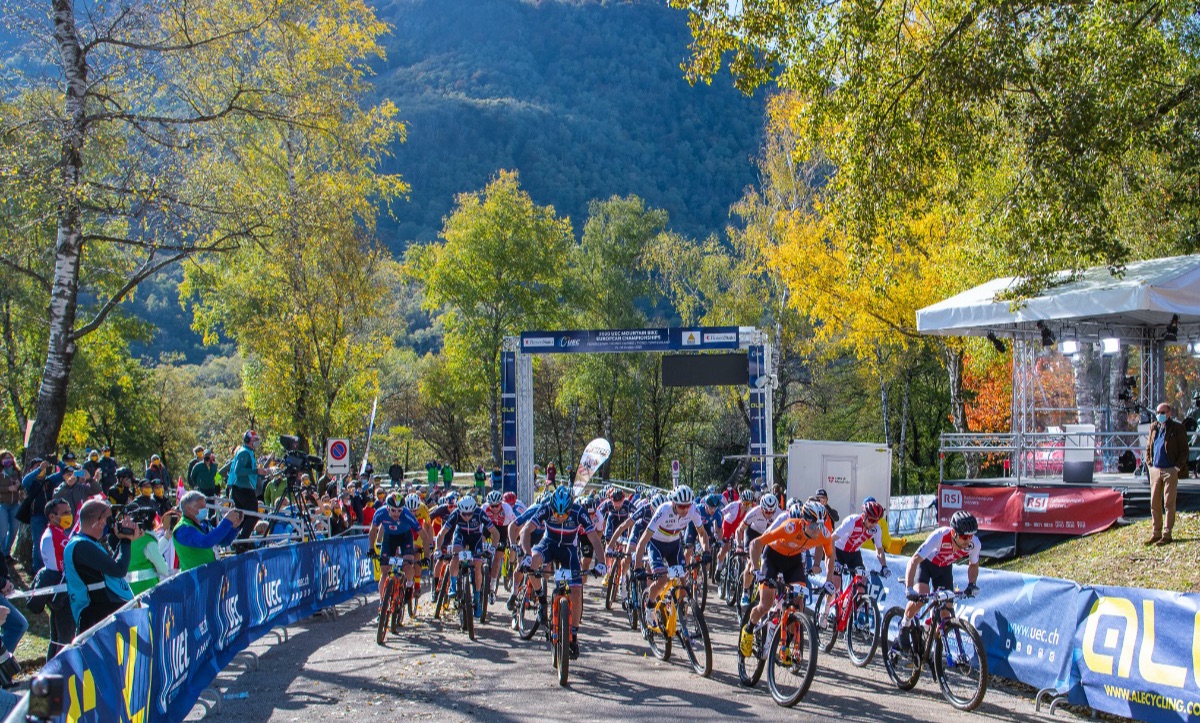 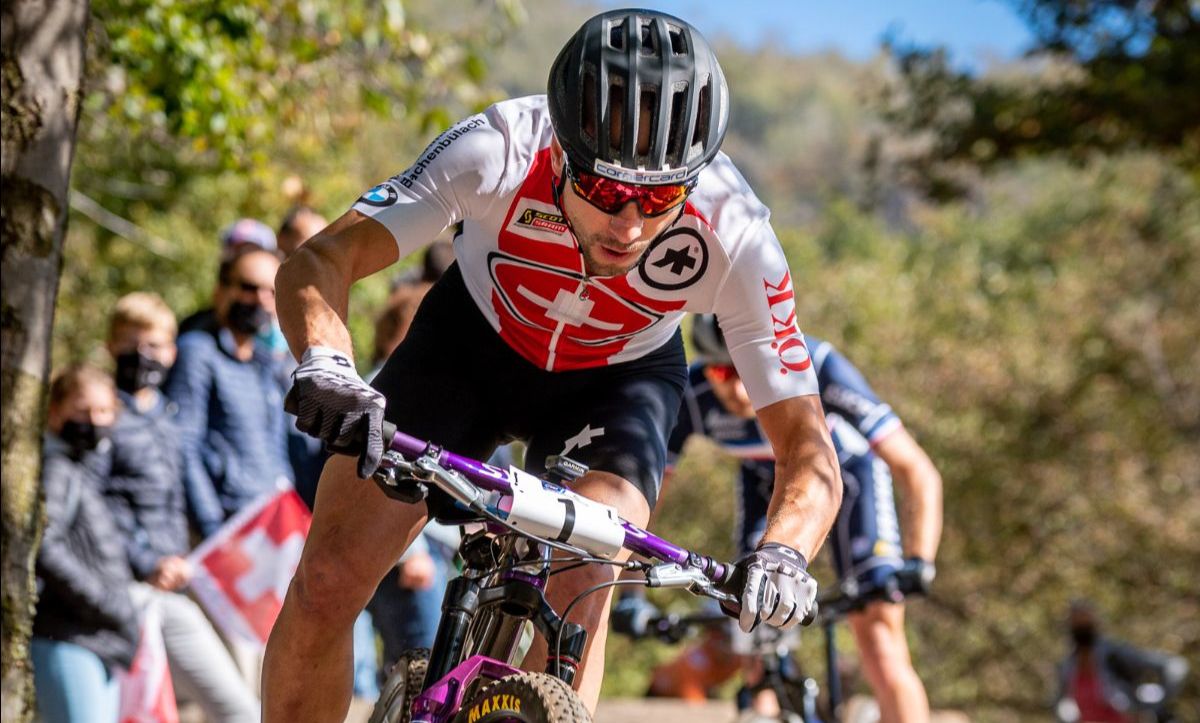 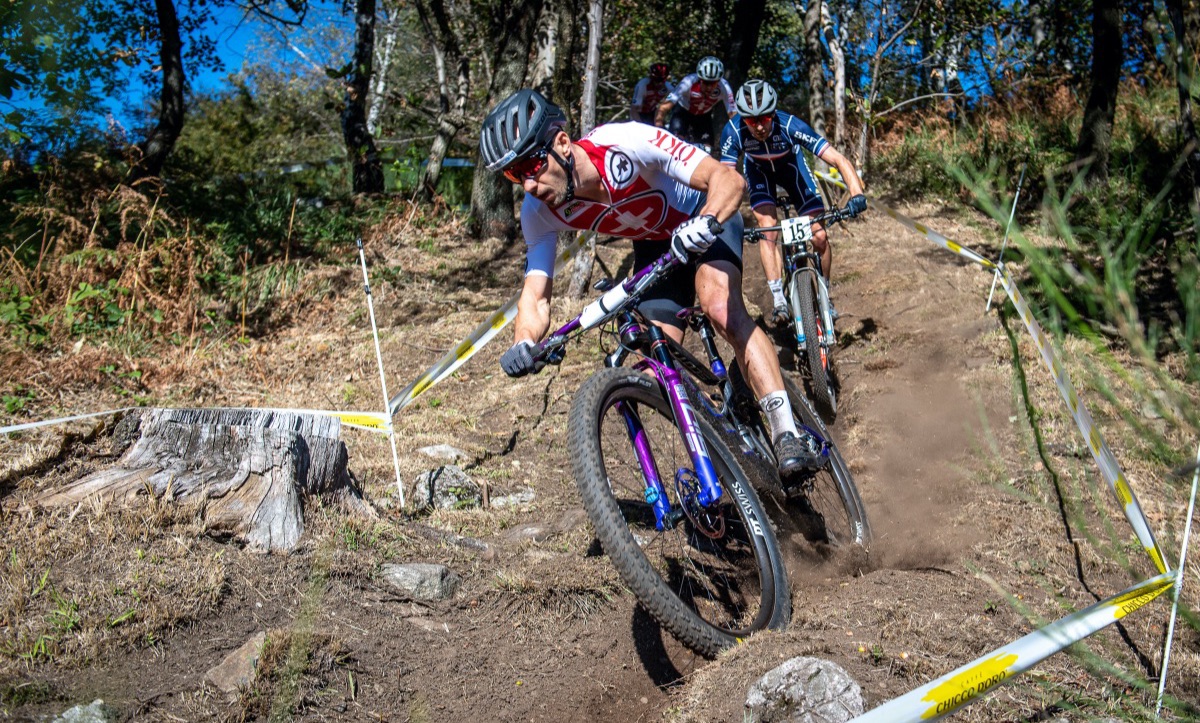 The battle for the European Champion title was held in perfect conditions.

Unlike Worlds, the race unfolded perfectly from the beginning. At first, a nine-man lead group containing four Swiss, four French, and one Italian rider formed a lead group that became smaller by every lap. Towards the end of the race, the lead group was down to three riders. Nino Schurter, world champs runner up, Mathias Flückiger and Frenchmen Titouan Caroud who place 3rd at worlds. It looked for most of the race as Nino had things under control until the 26-year-old French talent gave a stick to the Swiss in the last lap.

Titouan wanted this title just as much as Nino and put the SCOTT rider under immense pressure. However, on a tricky descent, Nino took a challenging but fair inside line to overpass his last competitor less than a minute before the finish line. This race will remain in history as one of the greatest finales with one of the best moves ever. 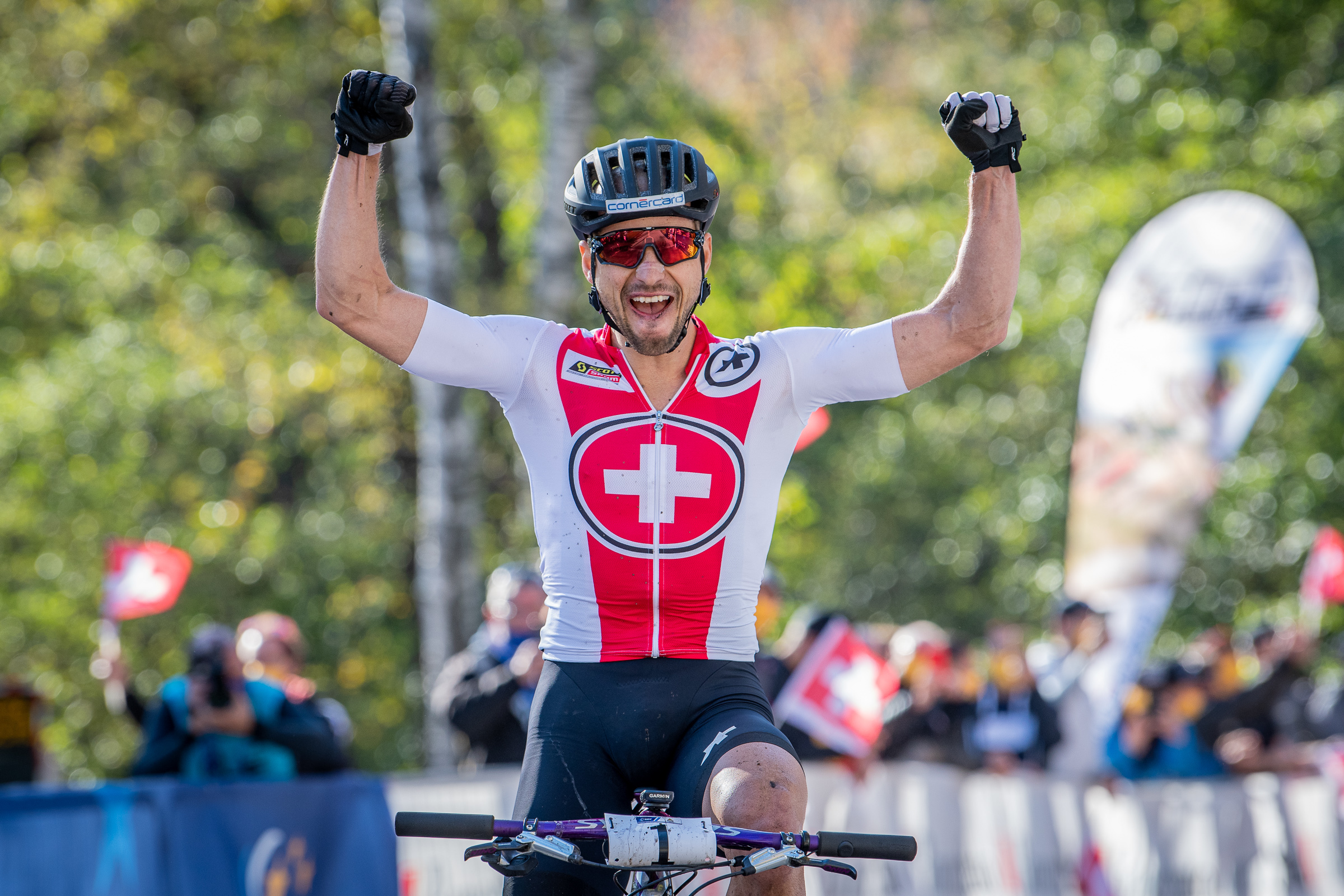 The revenge! Finishing off the season with a big win!

A huge release was written on  Nino’s face crossing the line. An important victory according to his statement.

“After things did not go according to plan the past two weeks, I knew I still had on great chance to save my season with a big win. I did believe in this chance knowing I was in top shape. It’s not only an important title for my career, it’s also proof I did everything just right in preparation. Which is important to know going into the winter season preparing for the important next year. With this outcome, I can now really enjoy my offseason and be back with confidence. ” 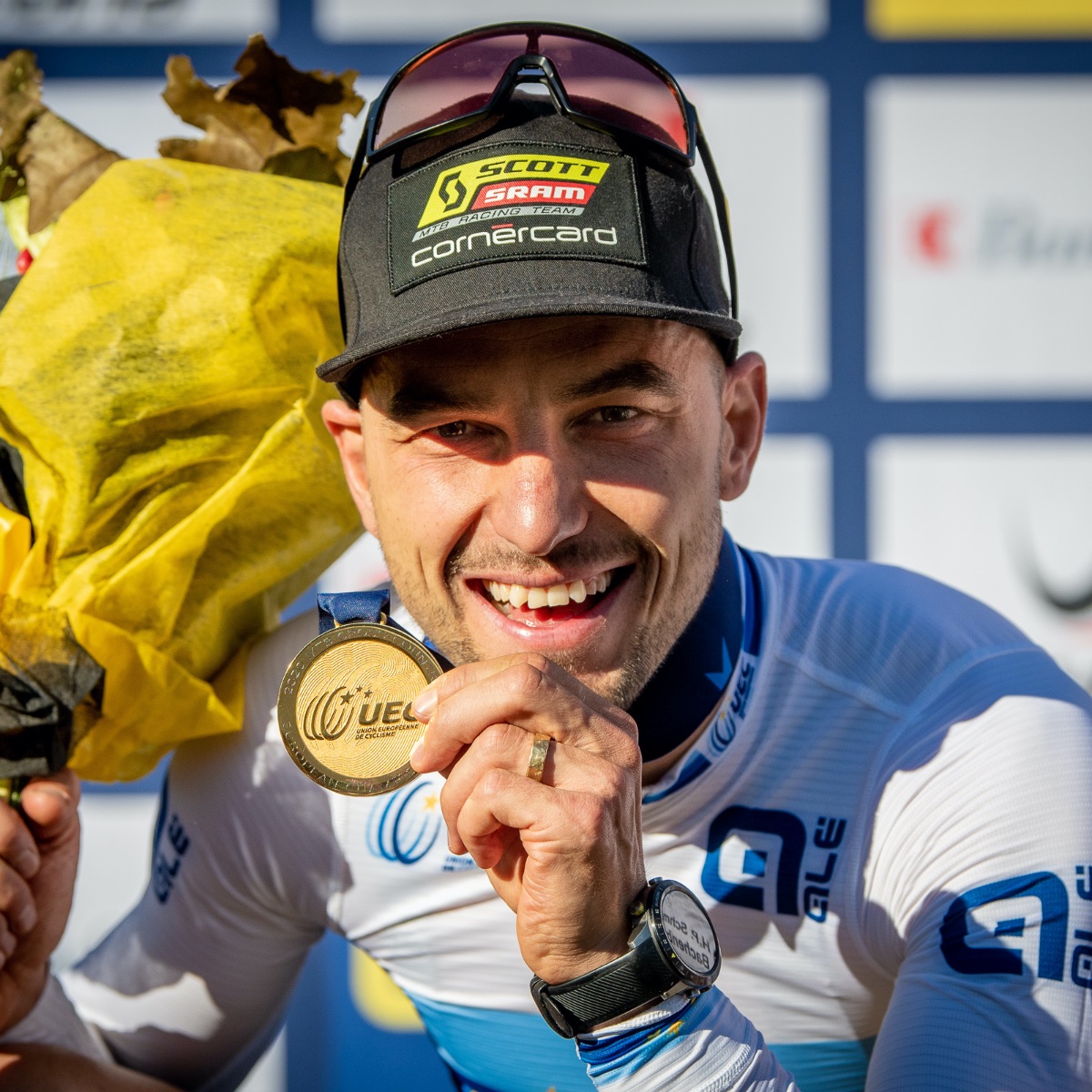 “After things did not go according to plan the past two weeks, I knew I still had on great chance to save my season with a big win. I did believe in this chance knowing I was in top shape. With this outcome I can now really enjoy my off season and be back with confidence.” 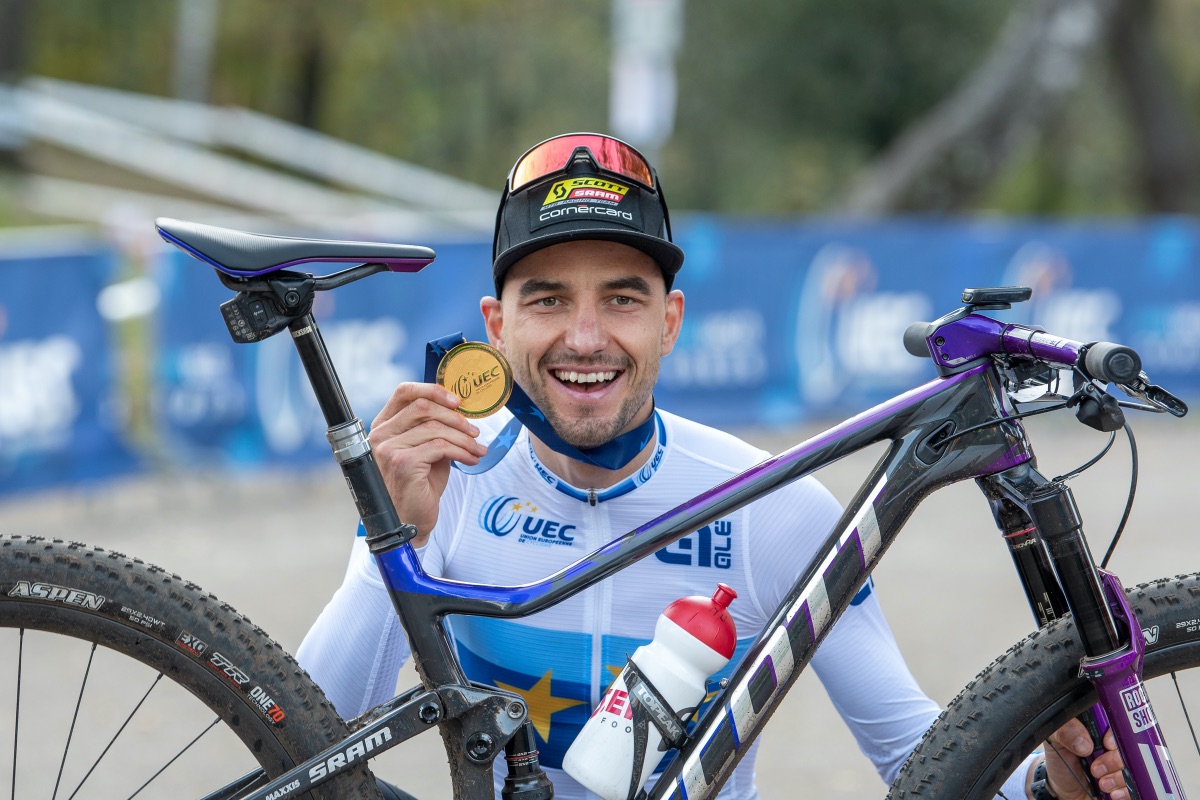 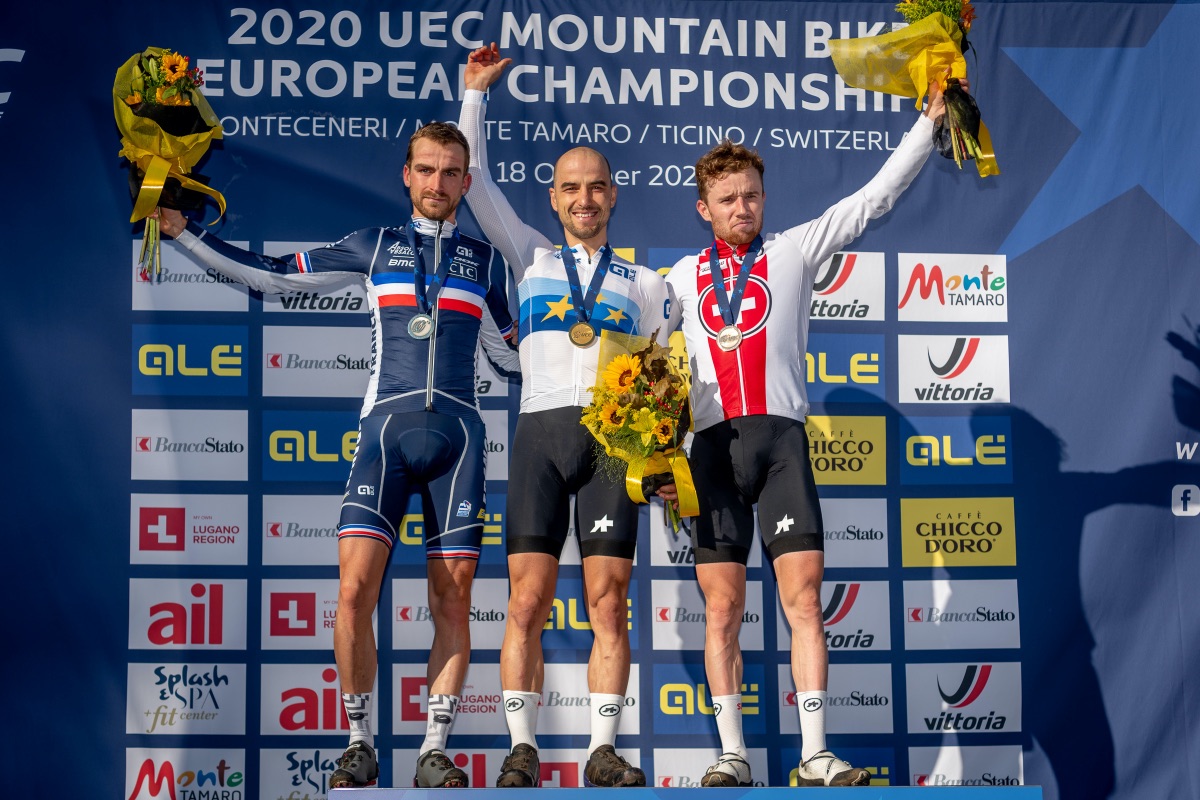 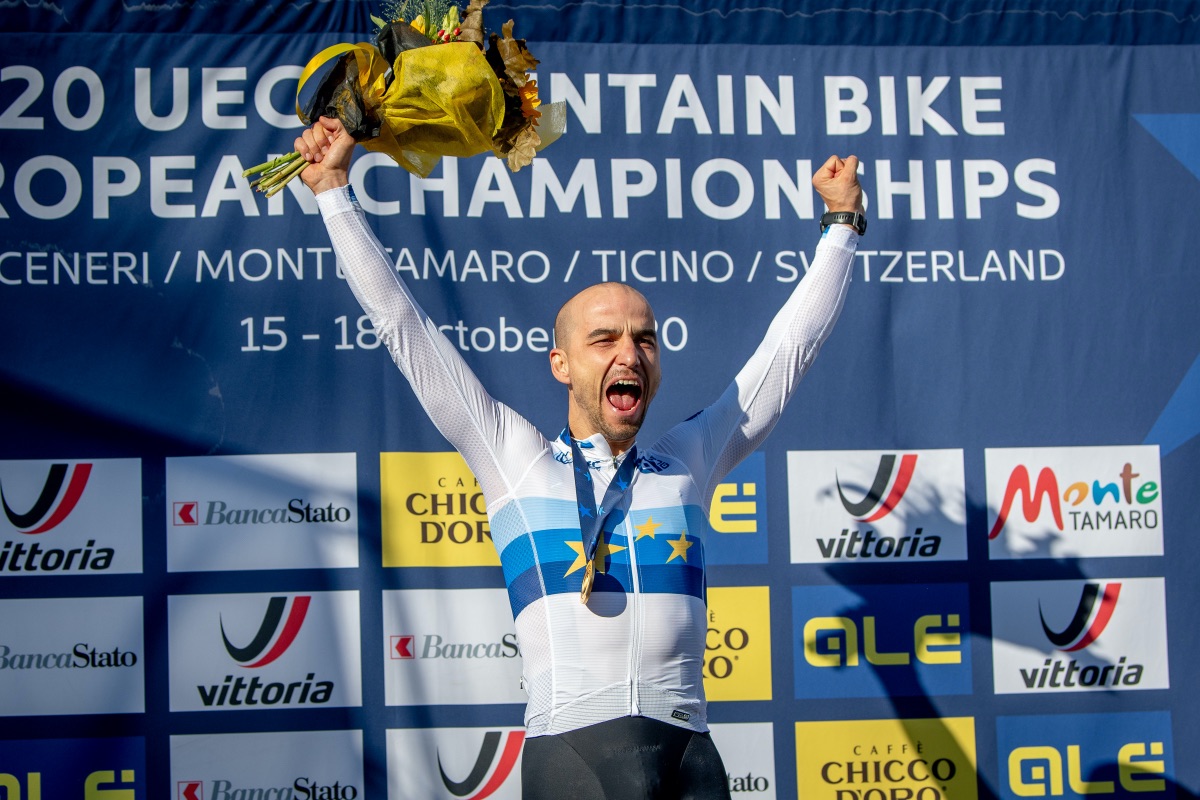 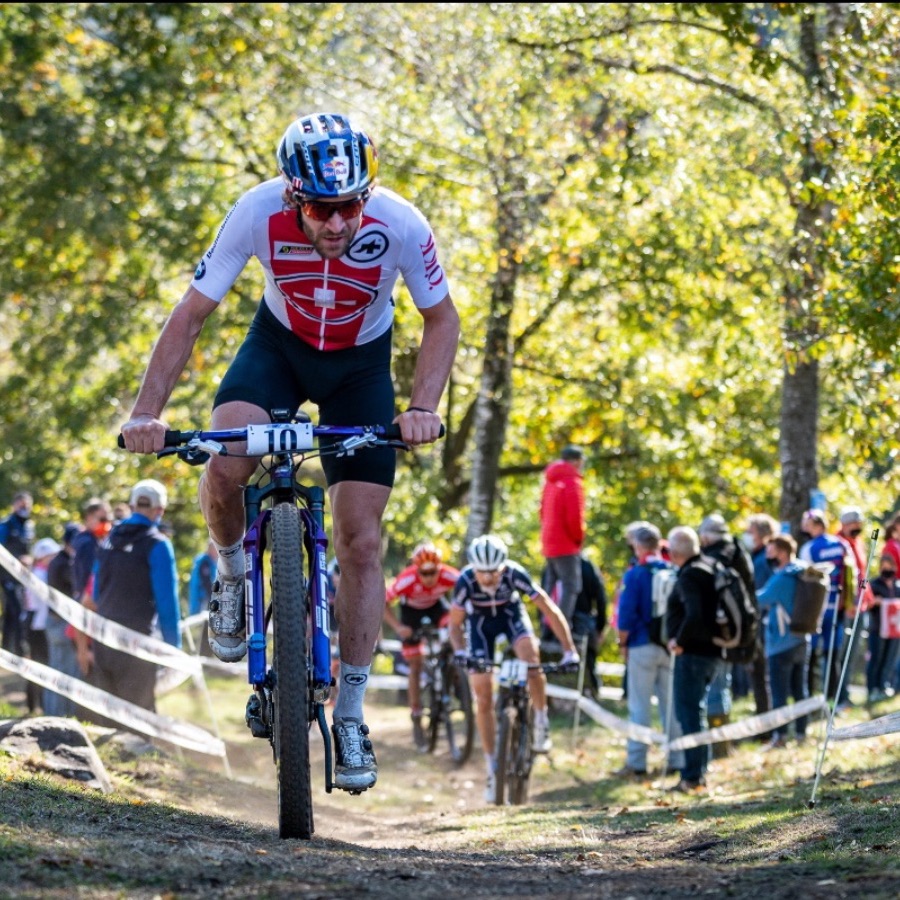 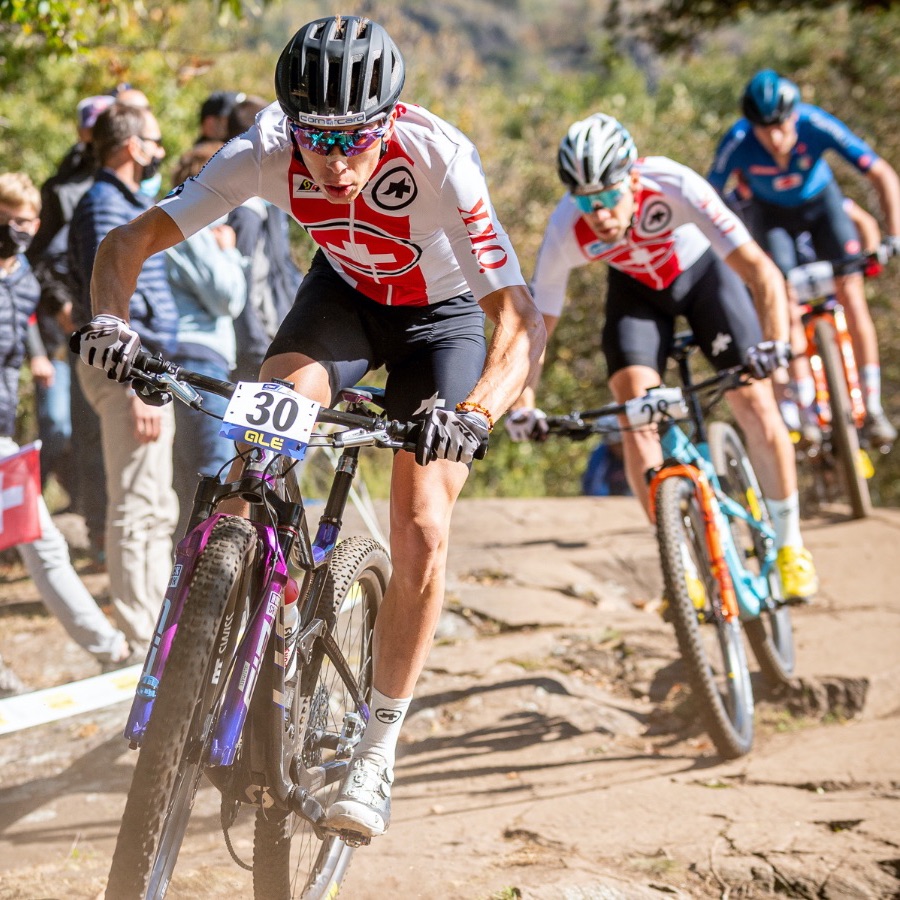 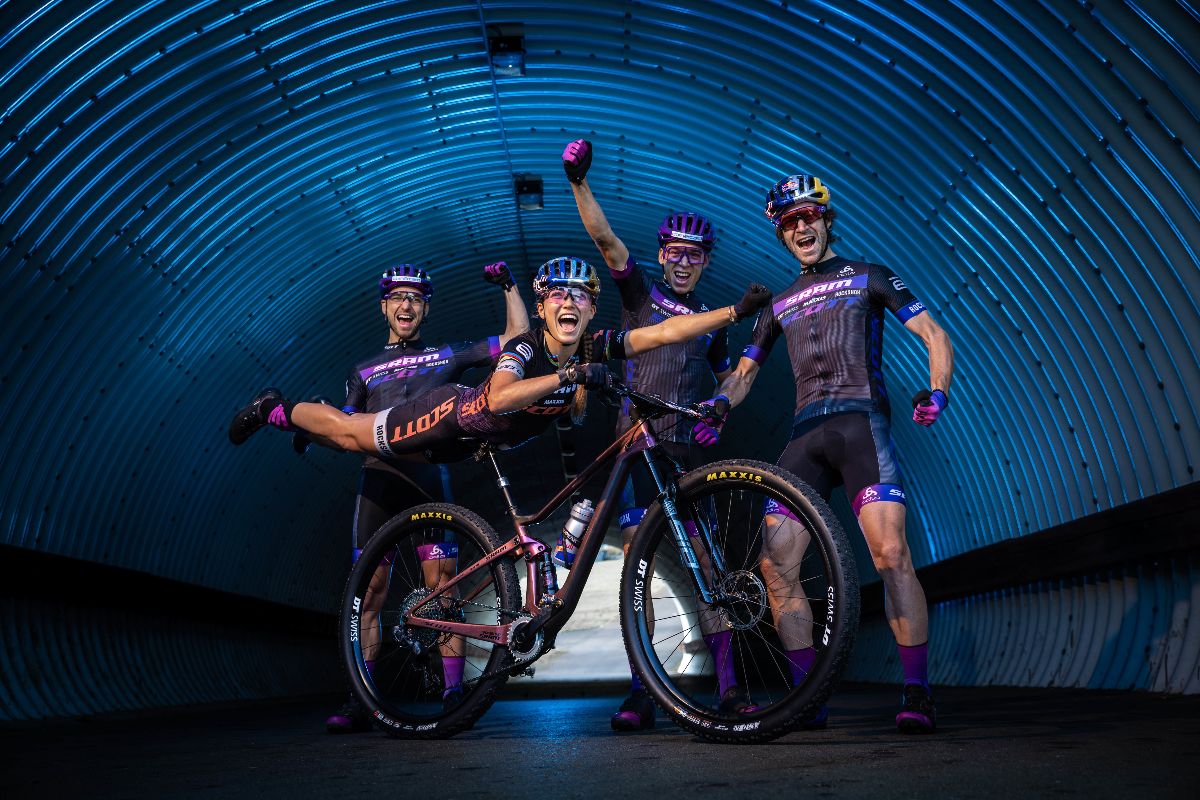 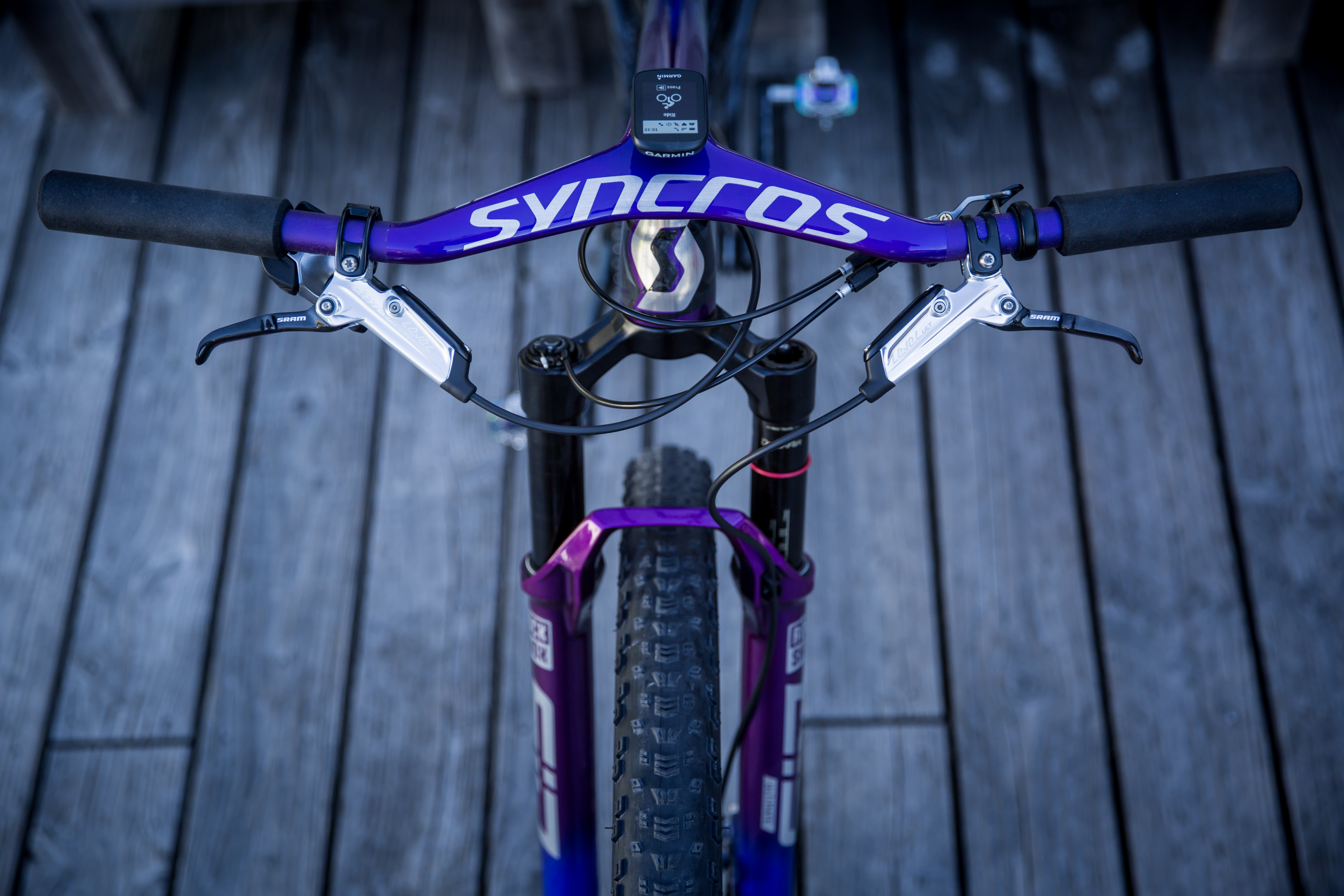 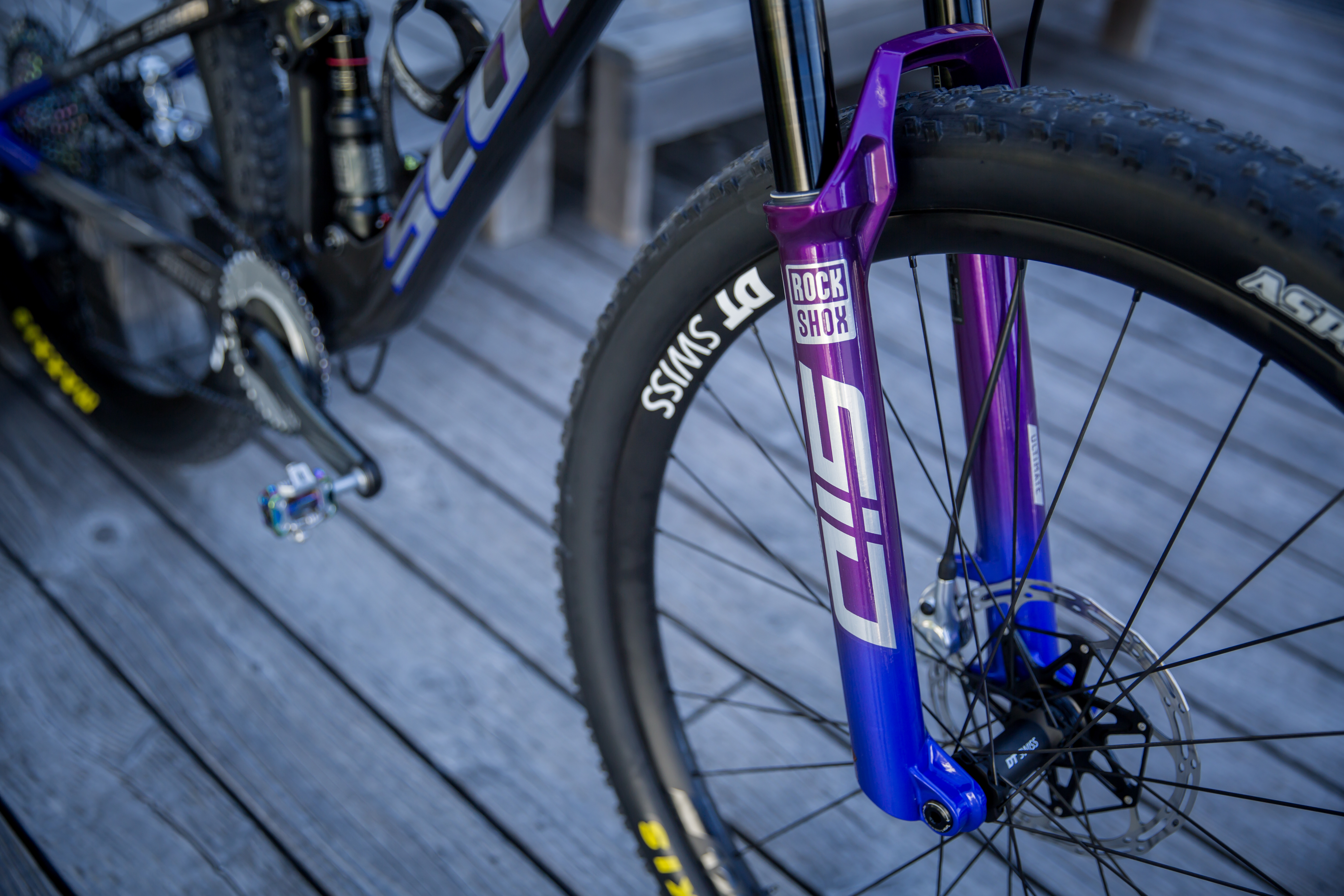 How To Build A Value Enduro Bike