From the Slopes of Whistler: Inside Shimano’s Saint M820 Group

Shimano introduced their new M820 Saint group earlier this year at Sea Otter, but it wasn’t until a few days ago that I got to see what the new group is really made of. Shimano brought myself and a handful of other journalists up to the world famous Whistler Bike Park in British Columbia for three days of shredding some of the best trails in the world on the new group. 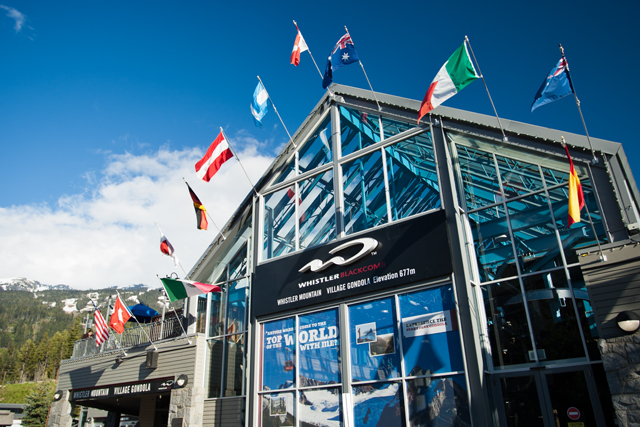 Once on the ground in Vancouver, it takes about 2.25 hours to drive North to get to Whistler. Our packed shuttle van was buzzing with anticipation as we headed up the sea-to-sky highway.

Aside from riding some of the best trails in the world, there are plenty of other things to do right out of the village such as hiking, white water rafting, zip lining, golfing and fishing. But really, it’s Whistler Bike Park, who can think about doing anything else but riding? 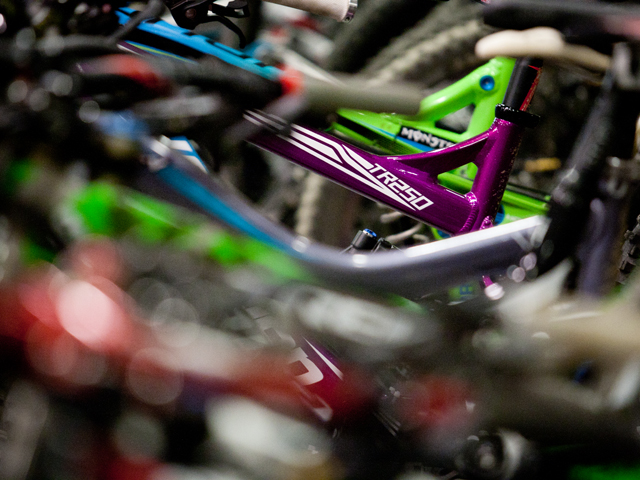 Amidst the sea of media bikes, my Transition TR250, brand new out of the box and built up with the brand new Saint M820 was a purple beacon of awesomeness. 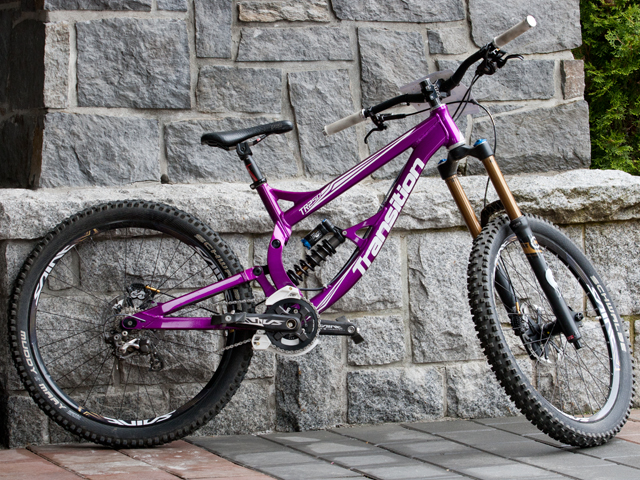 Chris and the boys over at Transition Bikes helped me out by shipping a brand new TR250 to Shimano to be built up and waiting for me in Whistler. Eric from Dispatch Marketing, who helped coordinate the camp, called it “THE bike” of the camp. Must be that awesome paint job! Look for a full review of the TR250 as we put more saddle time on it. 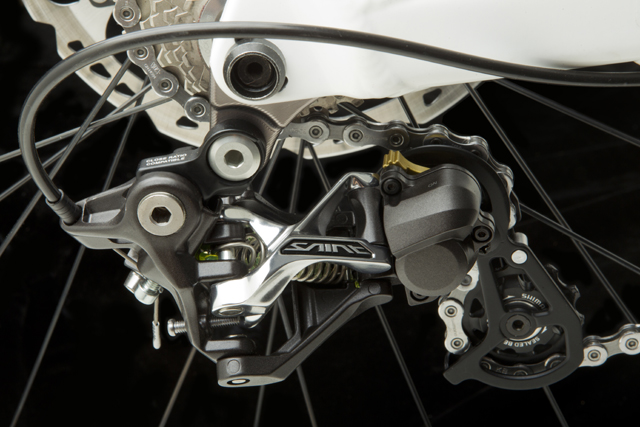 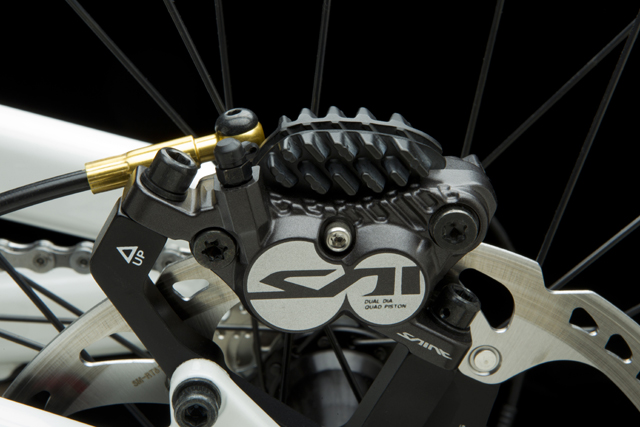 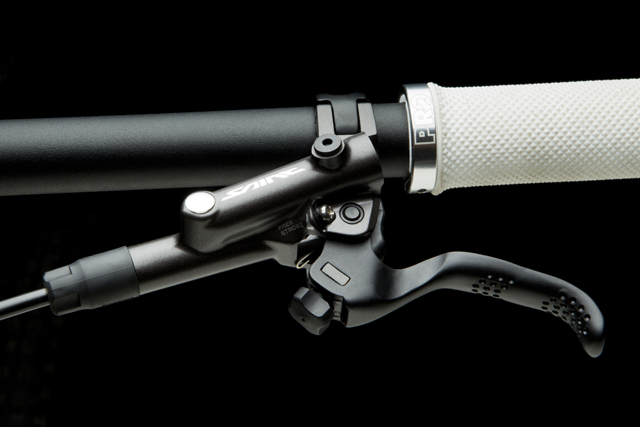 The brakes use ICE technologies found on XTR as well as some new tricks of their own. Longer banjo fittings, dual compound rotors, cooling fin pads, ceramic pistons and new rotors featuring an integrated cooling fin all combine to help the system run at a lower temperature. Shimano claims the new M820 brakes run 50 degrees cooler, fade 20% less, have 20% more braking power and have 20% longer pad life than the previous Saint group. The brakes will retail for $319.99 USD a piece.

The M820 shifter features longer levers that are textured for more leverage and grip. The levers now pivot on two bearings to aid in making the shift action lighter feeling. According to Shimano, the force required to make a shift is 16% less than the current XT. The shifter will retail for $99.99 USD.

Shimano’s new MX-80 pedals are wider and have a lower profile than the old MX-30 pedals. They also feature a new replaceable pin system. The M820 cranks lose 100 grams compared to their predecessor while maintaining the same strength; 250% stronger than XTR cranks! The new cranks are single ring specific and are compatible with Shimano’s Modular Chain Device which can be adapted for different riding and racing styles, though the system was not available in time for us to test at the media camp. The pedals will retail for $119.99, and the cranks for $439.99 w/ chainring. 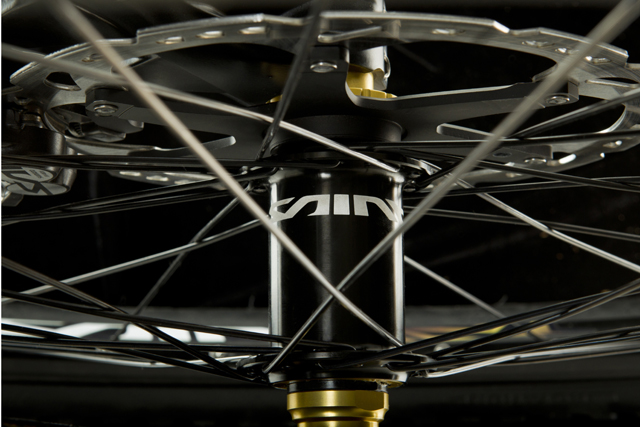 Shimano seemed to take the “if it ain’t broke, don’t fix it” approach to the new hubs. Maintaining their angular contact, cup and cone bearing system. They now offer a 12×142 millimeter rear hub spacing option along with the standard 135 and 150 millimeter options. The front hub will retail for $129.99 USD and the rear will retail for $209.99 USD.

A handful of Shimano pros were on hand to give us their impressions of the new group and talk about the process of working through prototype product. They also joined us in the park each day. 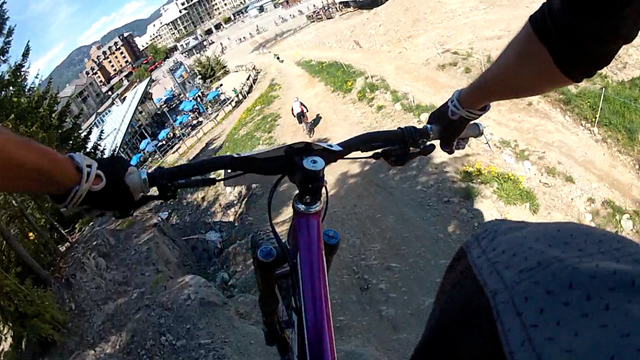 I ended my second day on the mountain following a star studded train down Dirt Merchant to A-Line. Mike Hopkins and Thomas Vanderham lead off the GLC drop. 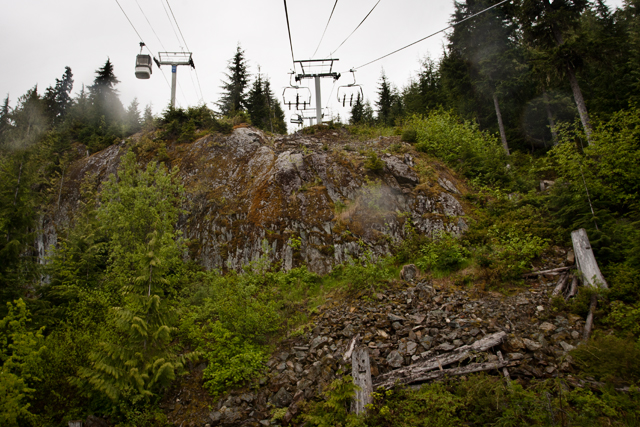 After two days of blue skies, our last day was a bit more typical for Canada in June, lightly raining cosistantly throughout the day.

The lift ride up the mountain is packed with amazing views as well as a front row seat to some of the most popular trails.

While three days isn’t enough time to warrant a full test, I certainly got enough hours on the product to get a good feel for the group. Look for a full write up and first ride impressions from the trip in MBA.

Photo of the Day: Zac Myers at Northstar-at-Tahoe

Photo of the Day: Don’t Forget to Hold On