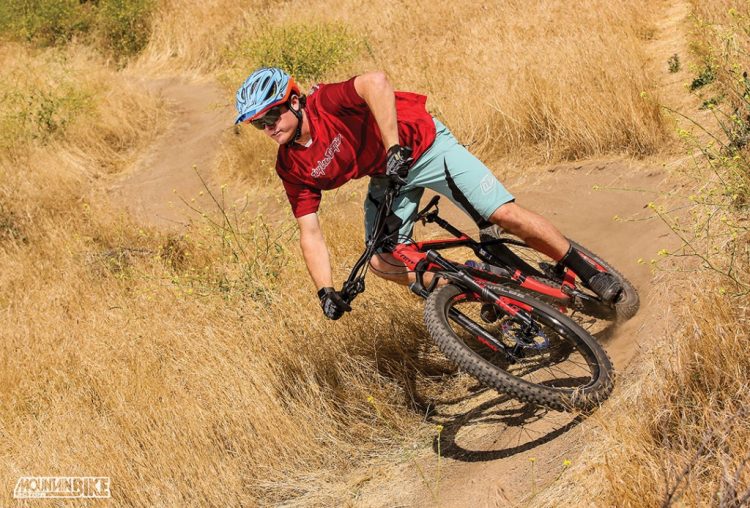 When Giant decided to design a plus-sized hardtail, they didn’t want another me-too bike in its line—one that was built from boring materials with lackluster performance. Instead, Giant decided to throw nearly all its technologies into a bike that, while it is intended for fun riding and trekking, wouldn’t look out of place on the starting line of an elite cross-country race. We tested the XTC Advanced on our trails in SoCal to find out if it could handle a session with the wrecking crew. 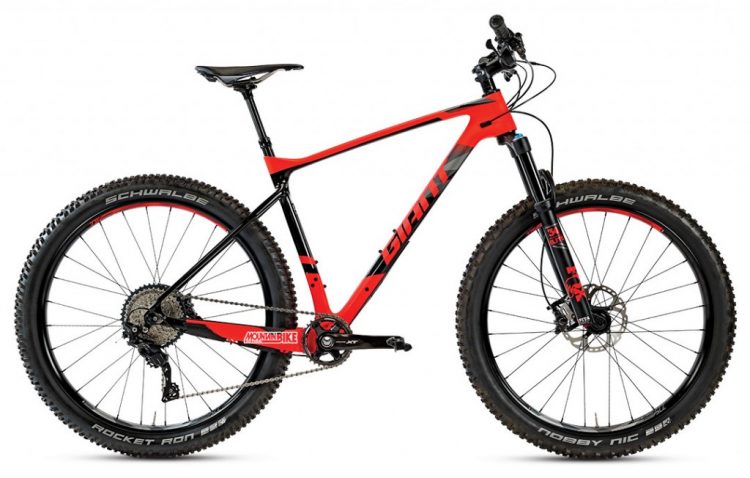 This bike is one of the most versatile bikes in Giant’s lineup. Want to do a long cross-country ride? Check. How about an aggressive all-mountain ride? Check. Want to do a multi-day bikepacking trip? Double check. This bike certainly isn’t going to win any cross-country races, but it’s built from the same carbon as the high-end XC race bikes to save weight. It’s not going to win any enduro stage races, either, but it will handle gnarly lines on the trail as long as there’s a a skilled pilot at the controls. 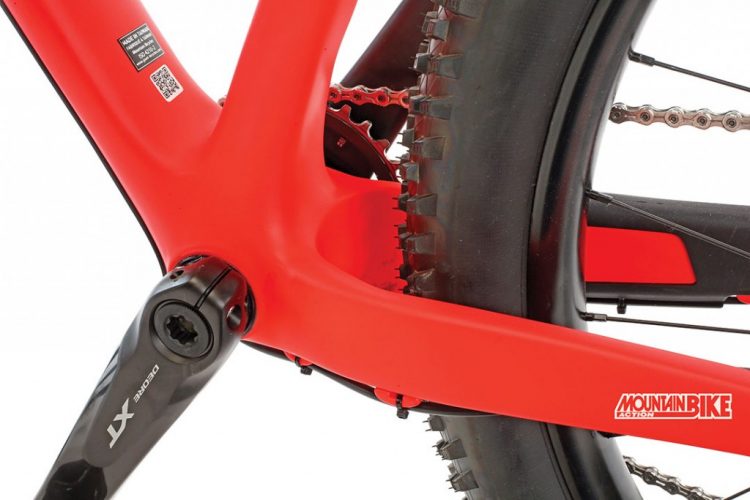 It’s made from carbon fiber and a whole lot of rubber. The XTC is one of the highest-performance plus-sized bikes we’ve tested to date with a frame that wouldn’t be out of place on the starting line at a World Cup XC race if not for the fatty tires. 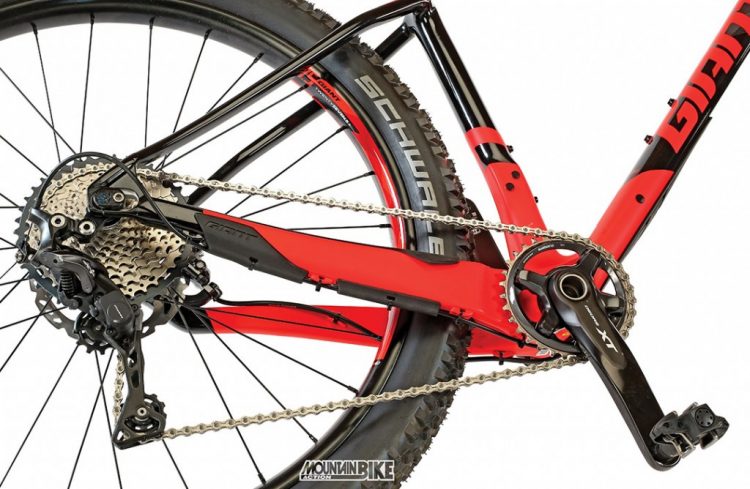 The frame is the standout here, with Giant’s advanced carbon design that minimizes weight and maximizes strength where it needs to be. In fact, it’s likely the lightest and highest-performance plus-sized frame we’ve ever tested. Giant also offers plenty of options for the build, including adjustable dropouts for dialing in the wheelbase or even running the bike as a single-speed—should the rider be nutty enough to want to do that.

The combination of the Shimano XT build and Fox suspension worked flawlessly during our test. We had no complaints. 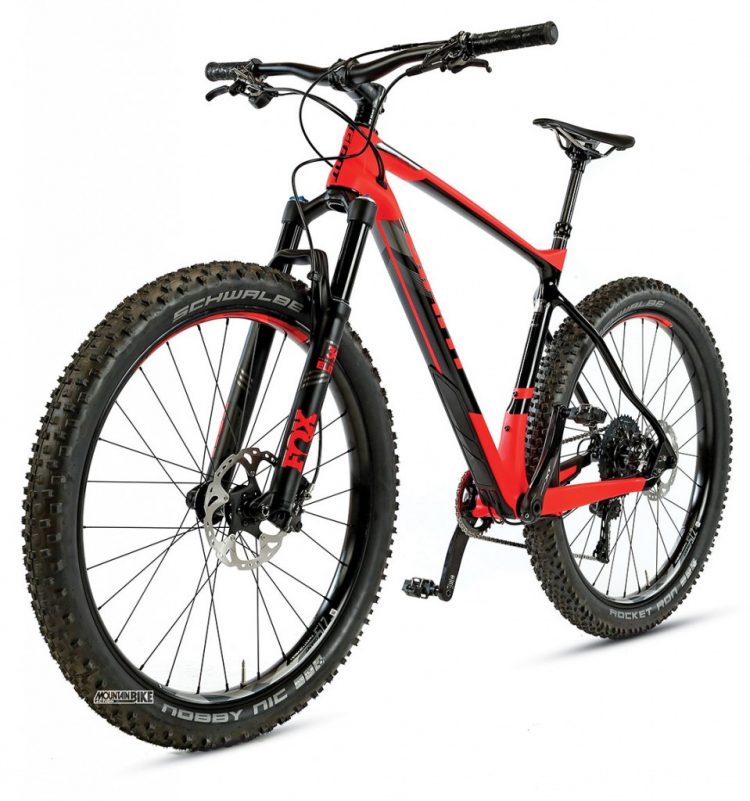 Setup: The key to setting up any plus-sized or fat bike is tire pressure, and this bike is no different. The nearly 3-inch-wide tires require a relatively low pressure to take advantage of the larger footprint. It may sound crazy, but anything above 20 psi in these tires will cause them to bounce down the trail like a pair of basketballs being bounced down the court. We settled on a pressure of 17 psi, front and rear, and found the tires delivered a good mix of traction and bump damping, as well as efficiency and flat protection.

Moving Out: The XTC is about as simple as it gets when it comes to fit. The bike sports a low-slung top tube and a conventional geometry that’s easy to get used to on the first ride. Our bike came with Giant’s house-brand dropper post, which was easy to set up thanks to the ergonomic lever that mated perfectly with the Shimano shifters and brakes.

Pedaling: There’s no more efficient machine than a hardtail, even if it has oversized tires. The XTC pedals exactly as you’d expect, with all the efficiency of a full-blown race hardtail that’s built with big tires. You can feel the wheel weight, but you can also feel the lightweight construction and attention to detail that keep this an XC bike instead of a monster truck. 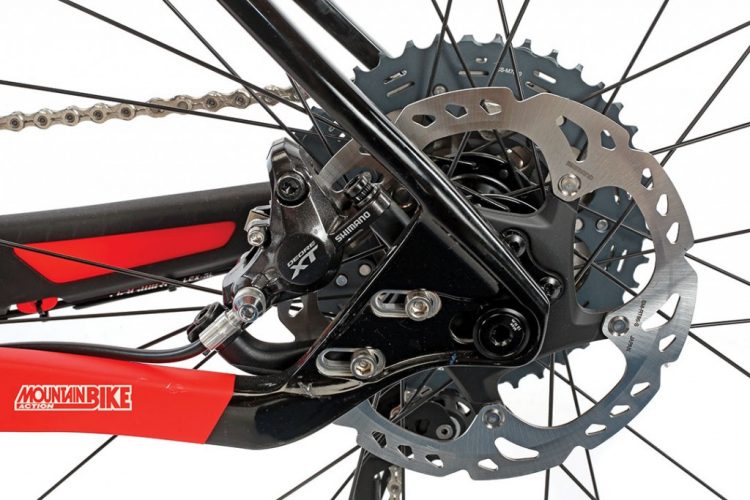 Climbing: Those big tires deliver tons of traction. As a result, this bike will claw its way up nearly anything in its way, as long as you have a low-enough gear to keep the cranks spinning. The relatively low front end keeps the front wheel planted when the trail points up a steep ascent and gave our riders confidence. The XTC doesn’t like to charge the climbs; instead, it likes an easy gear so you can slowly pick apart technical climbs with surgical precision and let the traction of the big tires take over as they float you to the top.

Cornering: The big tires and tight geometry make for a bike that turns like a slot car. This bike is quick and handles corners with ease. The bike is also light, which adds to the nimble feel.

Descending: The XTC is somewhat of a cross-country bike, but that doesn’t keep it from tackling some gnarly descents. The bike isn’t as quick as a full-suspension bike but has plenty of confidence down rocky chutes thanks to the ample traction of the plus-sized tires and the dropper post that allows the rider to get behind the saddle. 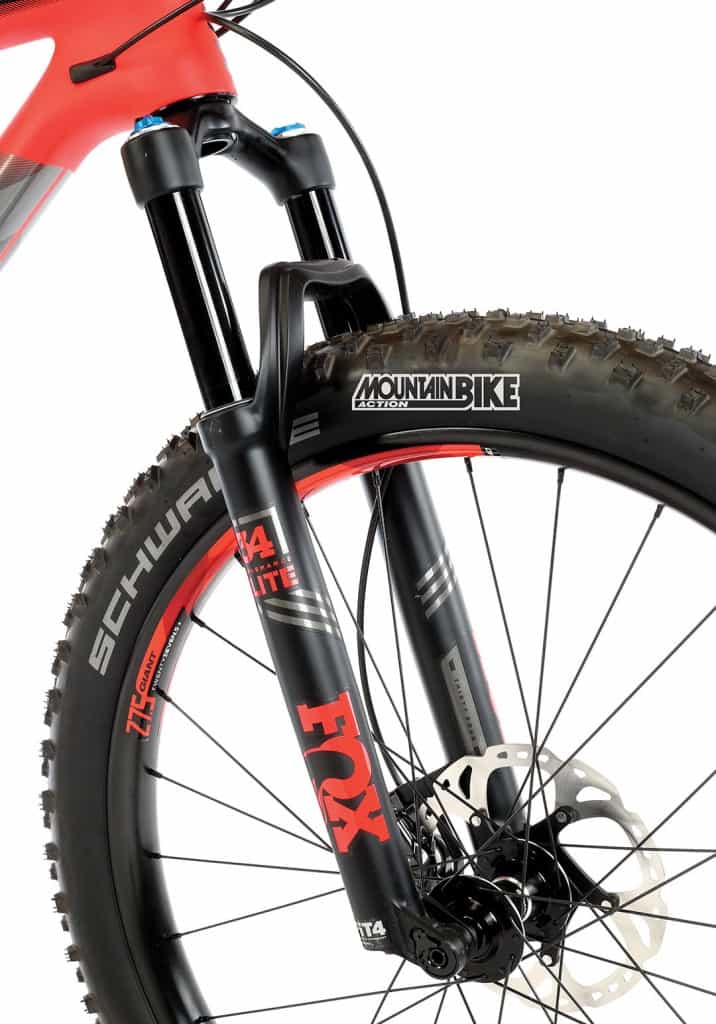 The XTC frame uses an expander wedge rather than a collar to secure the seatpost. This gave us problems from the start, as the post tended to slip sideways and down after only a few miles. We were able to resolve this with a bit of friction paste, which is basically a grease with some grit added to increase the friction between the frame and post. No XTC rider should expect this bike to be a downhill rocket, but one can expect this thing to handle all but the most technical descents with confidence. 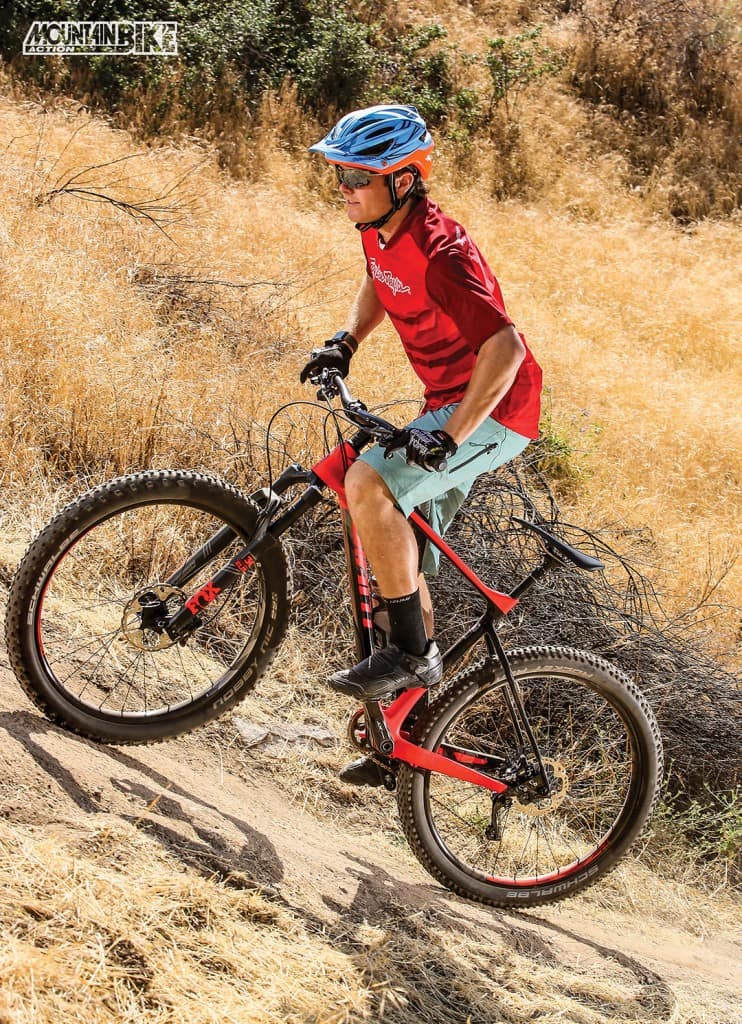 The XTC Advanced Plus is probably the highest-performance, plus-sized hardtail we’ve tested to date. This is a pure mountain bike through and through. It’s essentially a carbon fiber cross-country race rocket that’s been outfitted with bigger tires and some very cool features that make it much more versatile. This bike is all about fun. Whether you’re trekking across the landscape on a bikepacking adventure or shredding your local trails with enough traction to hold any aggressive cornering line, the XTC Advanced Plus has you covered. www.giant-bicycles.com 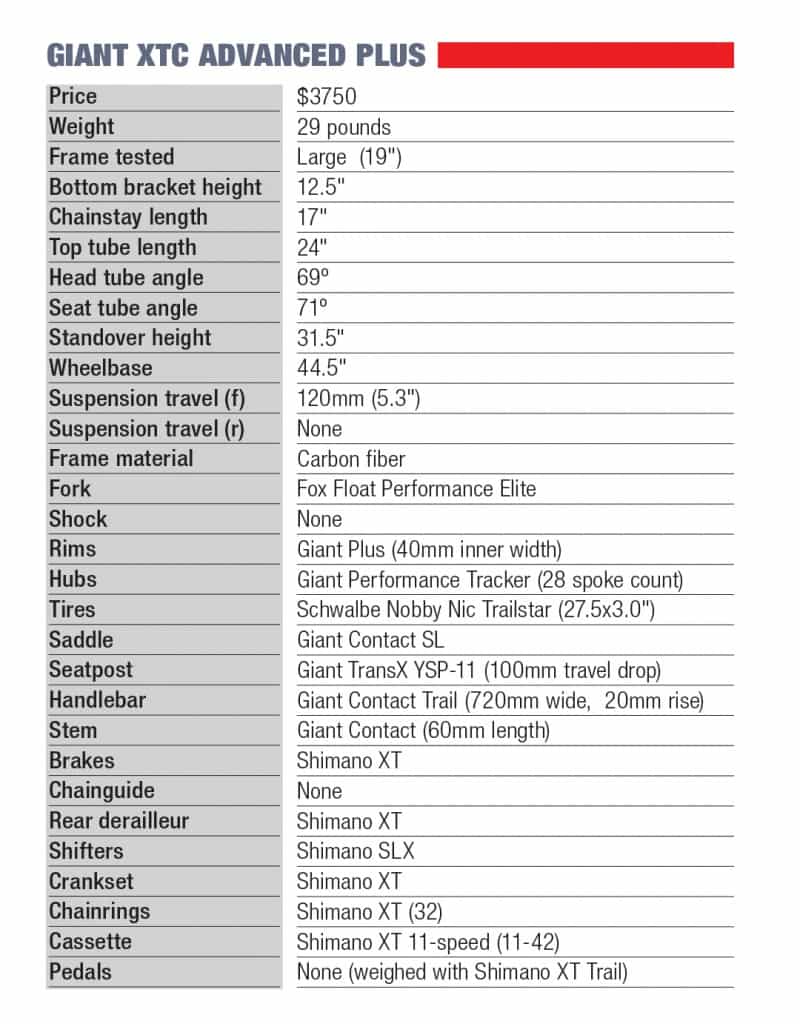