Giant flew us up to the picturesque region surrounding Pemberton, British Columbia to get some saddle time on their new enduro and downhill lineups for 2015. With British Columbia holding some of the most aggressive and remote riding in North America, it wouldn’t make sense for them to make it happen anywhere else.

For the last few weeks, the world has had this brief peek at what Giant had up its sleeve:

The secret is out. To put it lightly, Giant believes in the 27.5″ wheel. While other companies dabble with the idea and produce a few offerings of their bikes in a 27.5″ model, Giant has put all its eggs in one basket. You won’t find any of these bikes in 26″ or 29″ wheels for 2015. Bold? Sure, but they’ve spent two years with their engineers, testers and off-road racing team, figuring out what works best for all conditions. In the end, their 27.5″ offerings consistently ended up on top. Bottom line: Giant wants you to ride faster. 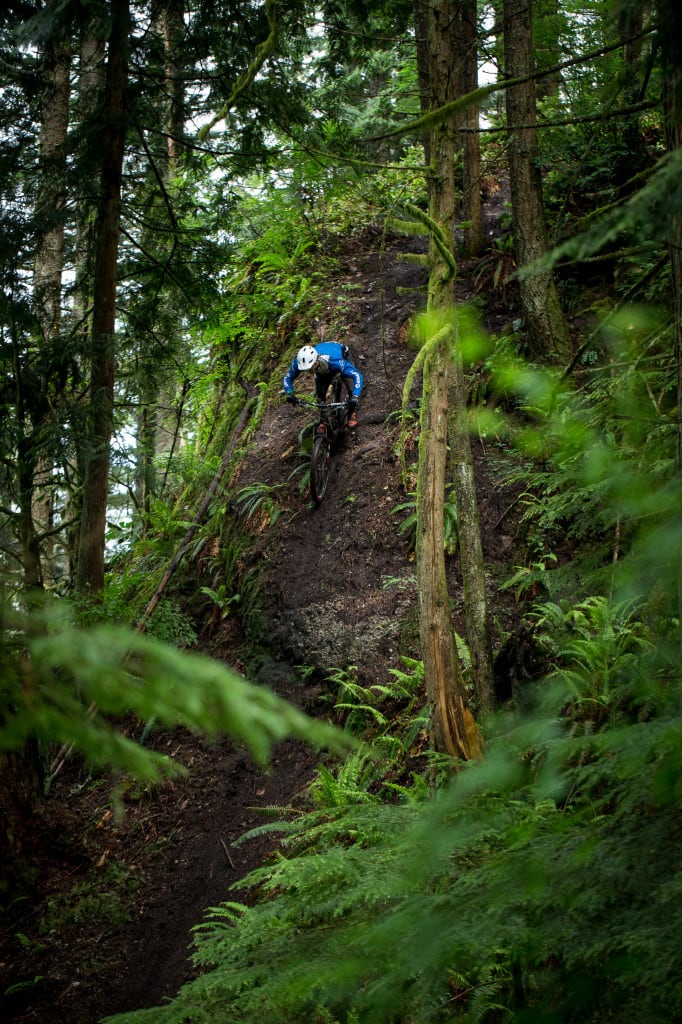 The all-mountain, long-travel, rock-eating Reign took a hiatus from the trails for 2014, but has resurfaced with quite a show. The most obvious addition of 27.5″ wheels gives aggressive trail riders the fast-rolling and confident feel that the ever-evolving mountain biker desires. The new wheel size provides it with a lower center of gravity, while also providing it with a longer wheelbase, compared t0 the 26″ version of yesteryear. Built using Giant’s ALUXX SL aluminum and loaded with 6.3″ of fully active Maestro suspension in the rear and a matching 6.3″ of RockShox Pike performance up front, they didn’t simply aim for middle ground with the new Reign. An OverDrive steerer tube design provides added front end stiffness over a conventional tapered steerer tube, while a 12×142-mm rear thru-axle ensure the rear stiffness pairs up. Internal cable routing provides the sleek and quiet ride we all look for in a bike, including stealth dropper post routing. Its fast-friendly 65-degree headtube angle, combined with a custom fork offset of 46-millimeters (compared to 42-millimeters of a standard Pike), give it the precise handle and feel you look for in a ripping bike. 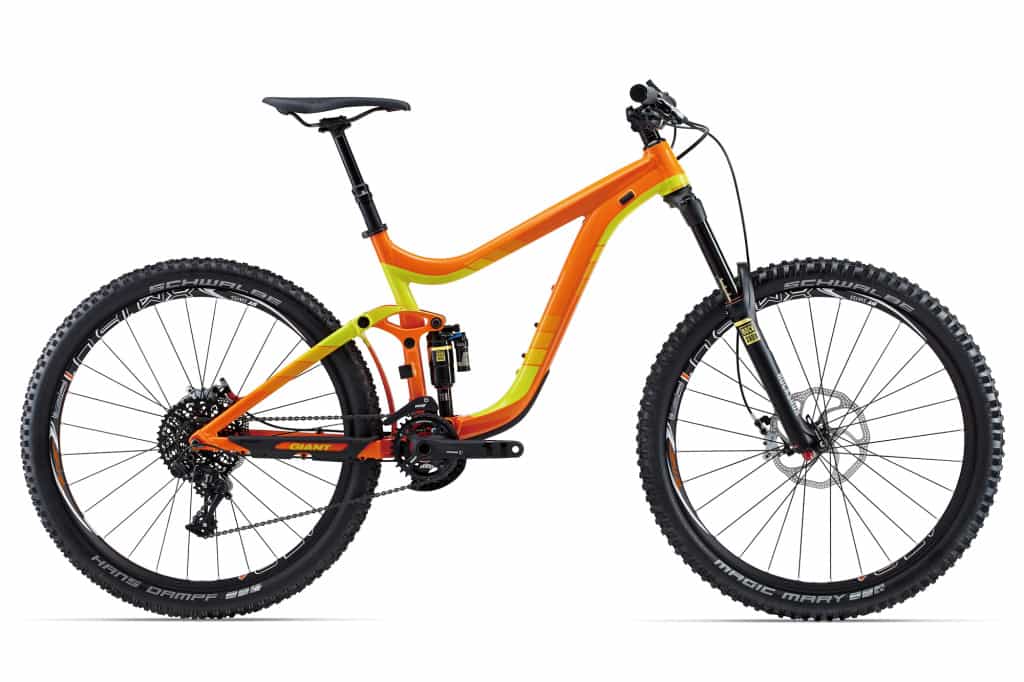 Utilizing their Advanced carbon composite mainframe, paired up with an ALUXX SL aluminum rear swingarm, Giant has aimed to make an incredibly lightweight frame design that is incredibly stiff and strong enough to take on even the most unsuspected hits. With a shockless, size-medium frame having a claimed weight of 2,650-grams (5.84-pounds), it is the lightest Reign ever produced. Sporting all the same geometry and above-features, the Reign Advanced 27.5 is for the technically savvy enduro/trail rider who’s looking for the all-day, all-terrain, all-conditions bike. Ready for day-long grinders or the Enduro World Series. Lets just call it the “all-bike”. 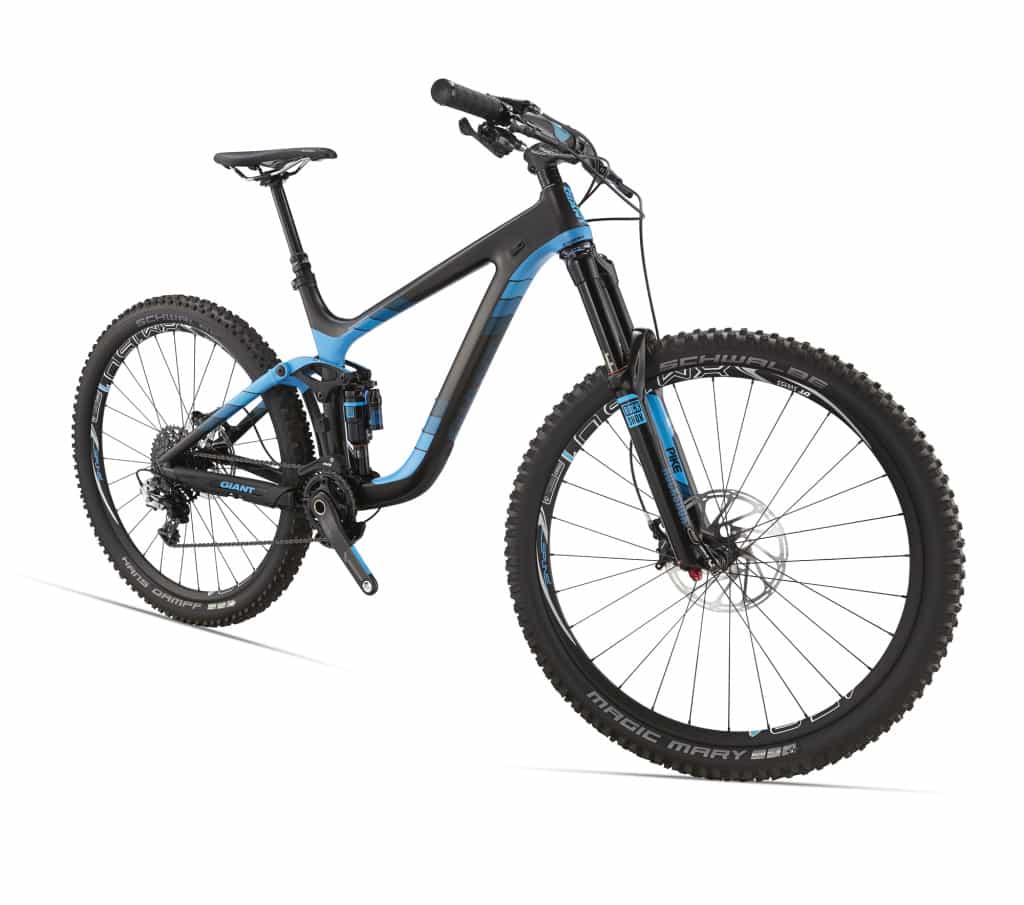 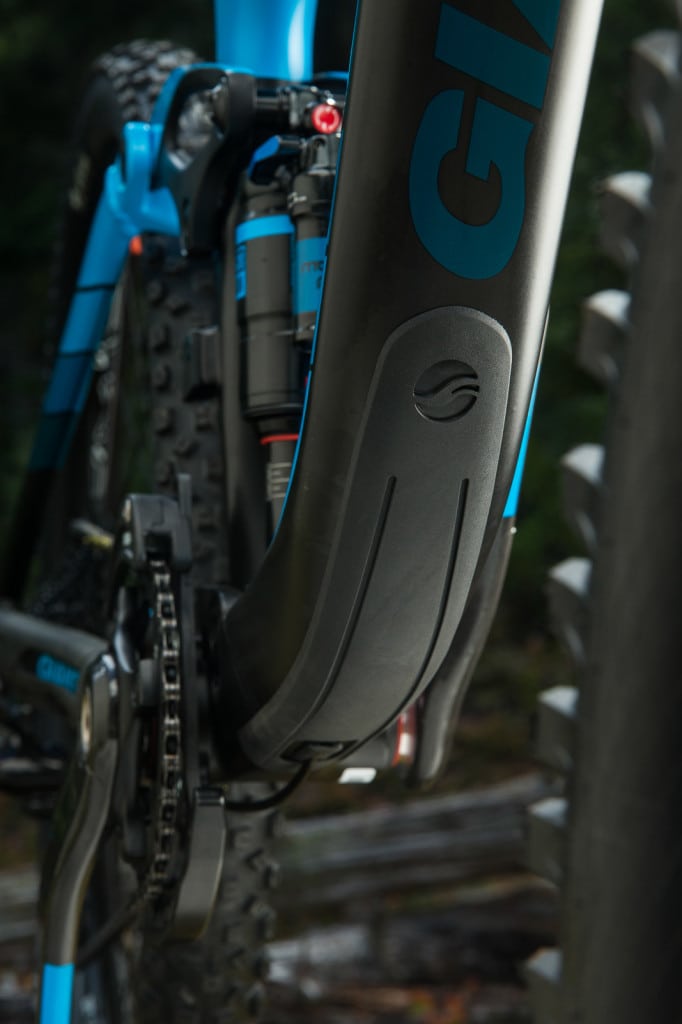 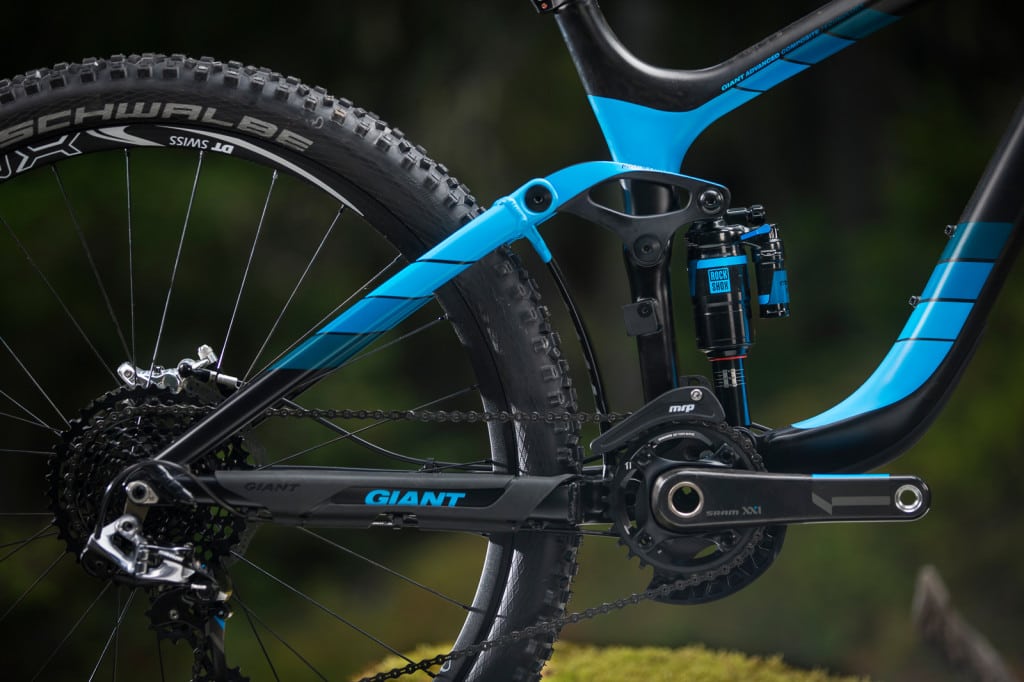 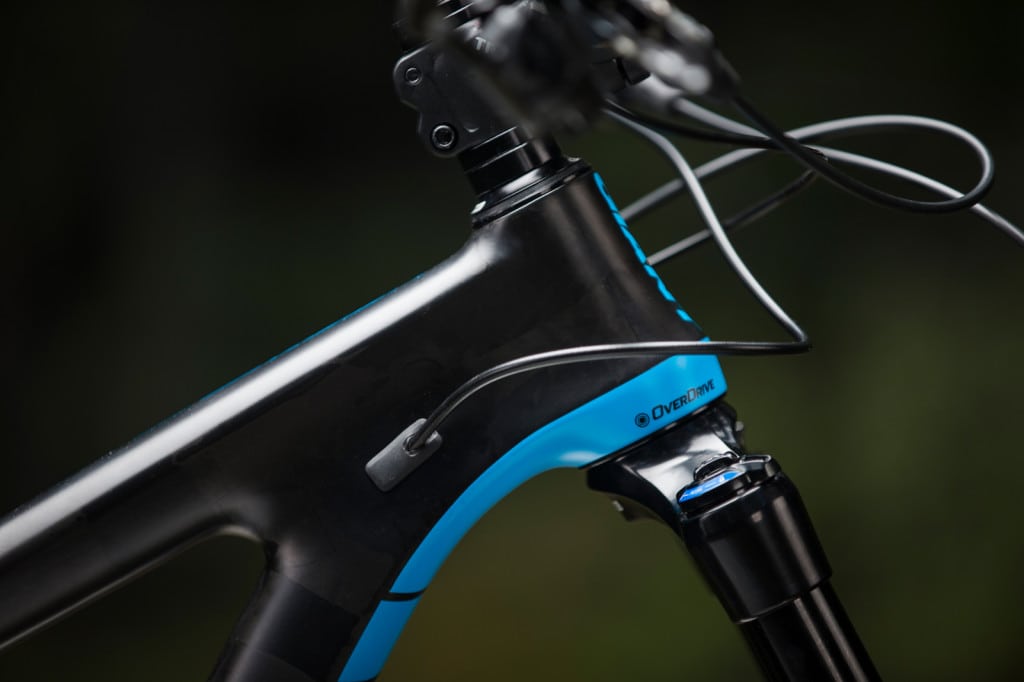 The Glory line will not be left behind on the 27.5-inch movement. A few years back, at the beginning of the discussion we now find ourselves in, some riders told themselves they could never give up on the flickable nimbleness of a 26″ bike. With 27.5″ downhill designs racking up podium finishes left and right on the prototypes of this last year, it’s clear that some of those statements may not hold the ground we thought they did. The Glory 27.5 utilizes 8-inches of the tried-and-true, fully-active Maestro suspension design. An OverDrive steerer tube design provides the added stiffness needed when downhill races average greater than 30-mph. The Glory 27.5 isn’t just a minor upgrade from its 26-inch predecessor. Whats new? 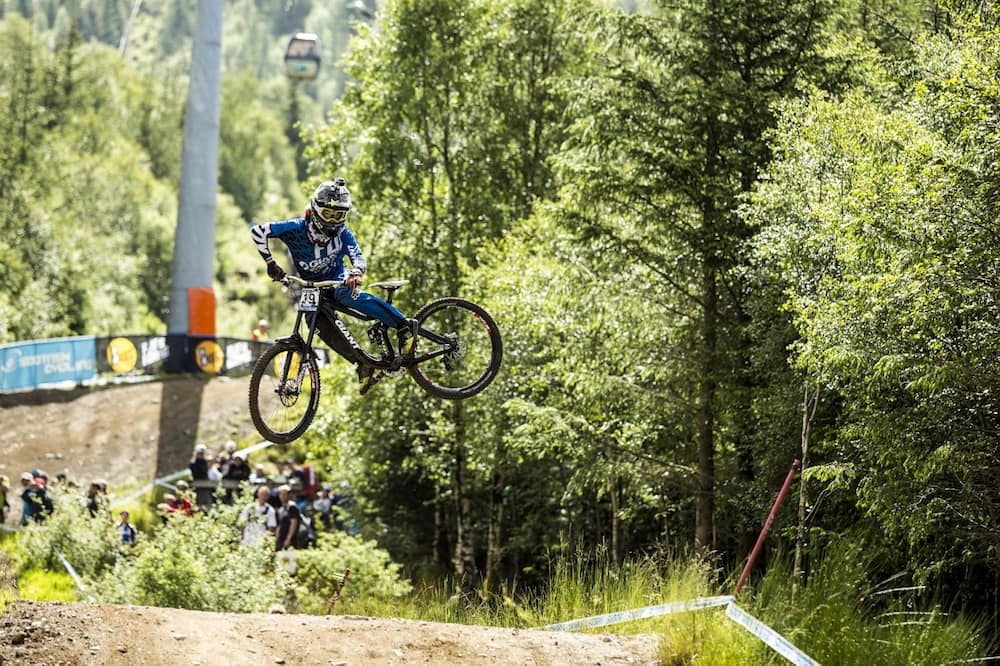 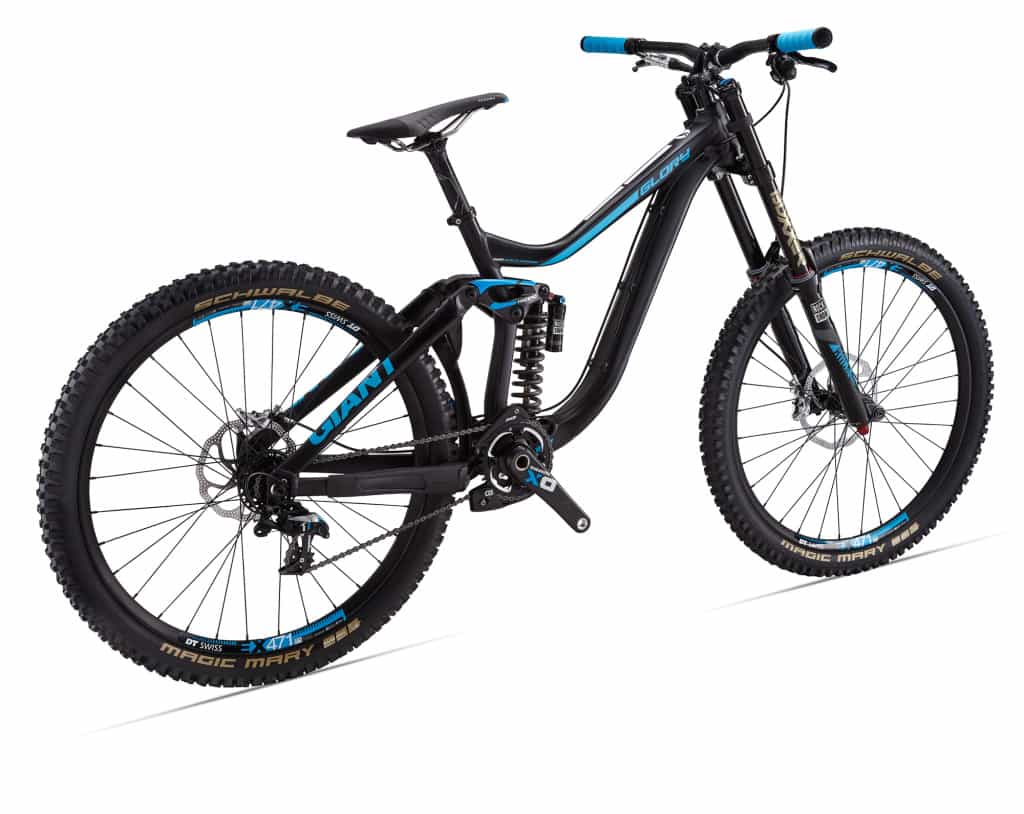 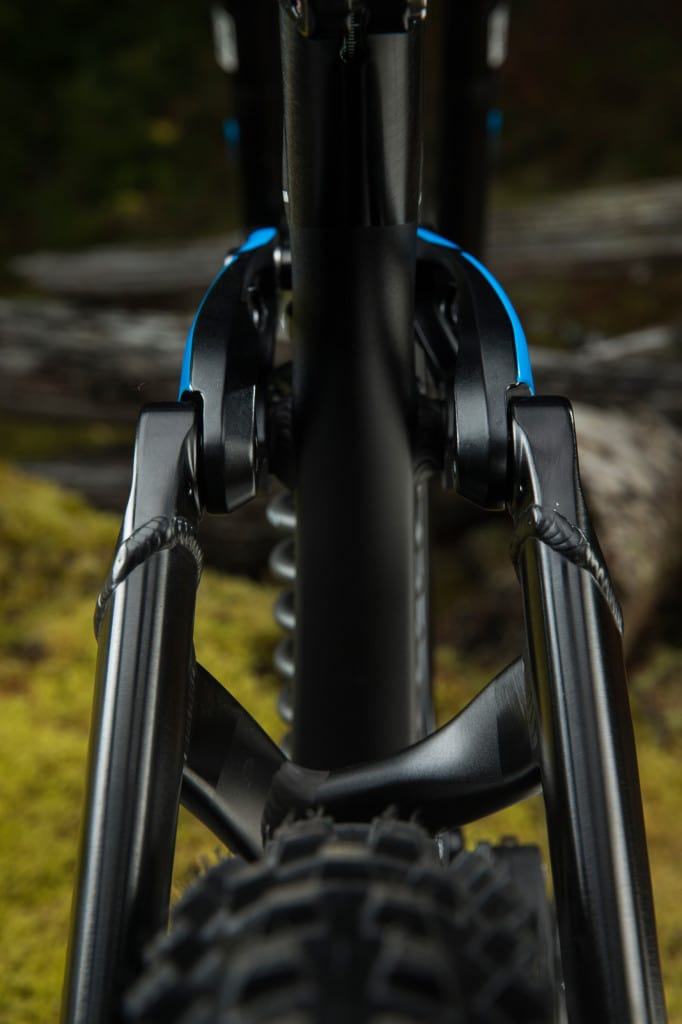 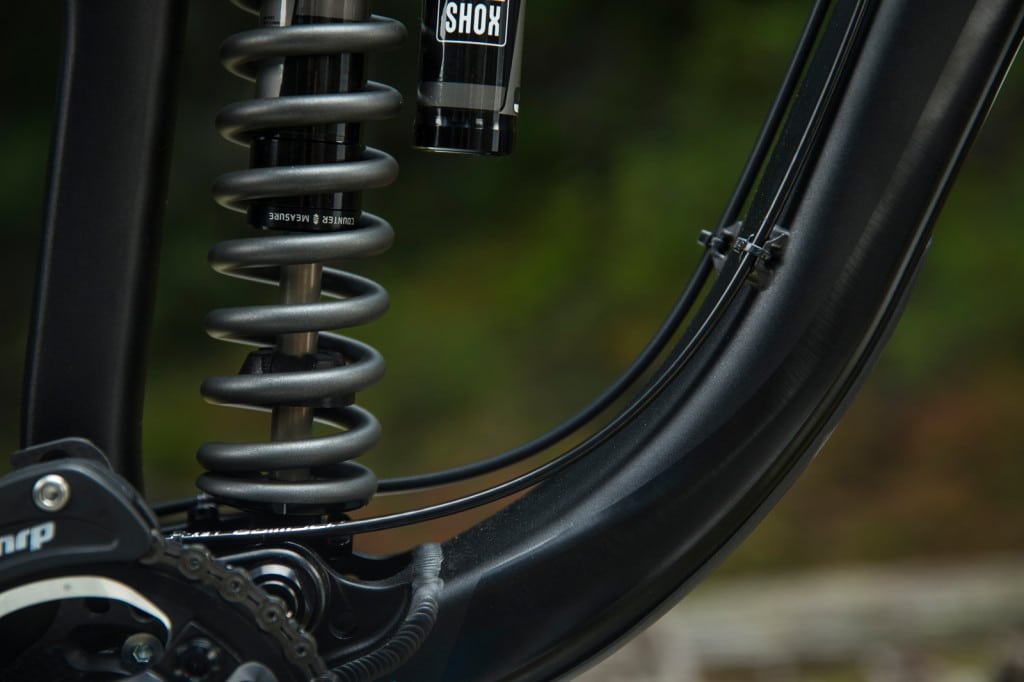 It won’t be offered in carbon for 2015, but with a size-medium coming in at a scant 35-pounds, we don’t have any complains about its weigh and take advantage of its durability. The frame has a claimed weight of 3250-grams (7.2-pounds) without the shock. 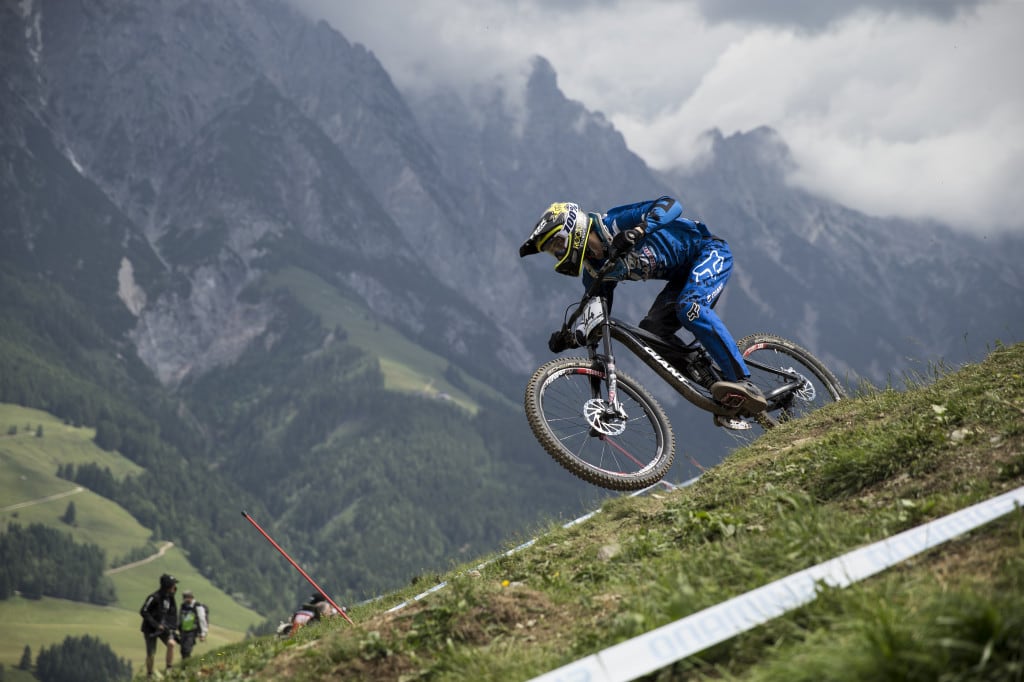 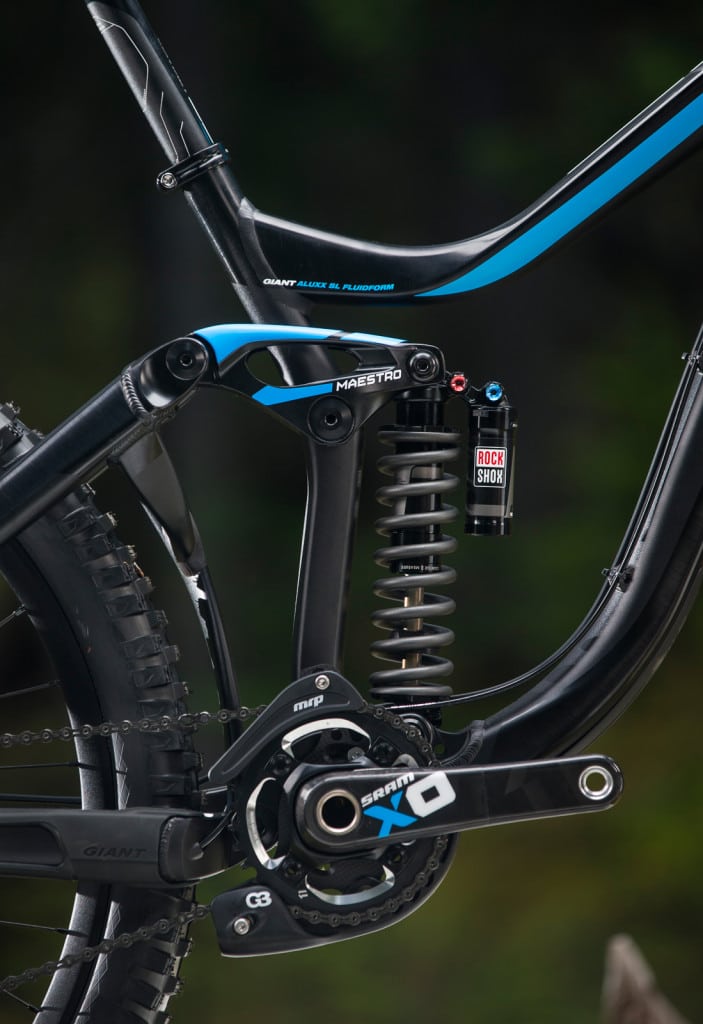 Look for both the new Reign and Glory to become available in the late-September to October range. We look forward to getting more testing time on them then. In the meantime, check out this photos from our British Columbia backcountry extravaganza with Giant. Whether aided by bumpy shuttle rides or tree-skimming helicopter drops, we certainly got our gravity fix…for now. Be sure to watch for the fully story in an upcoming issue of Mountain Bike Action Magazine.

Also…check out Giant’s Event page to see if a Ride Life Ride Giant demo will be coming to your area. 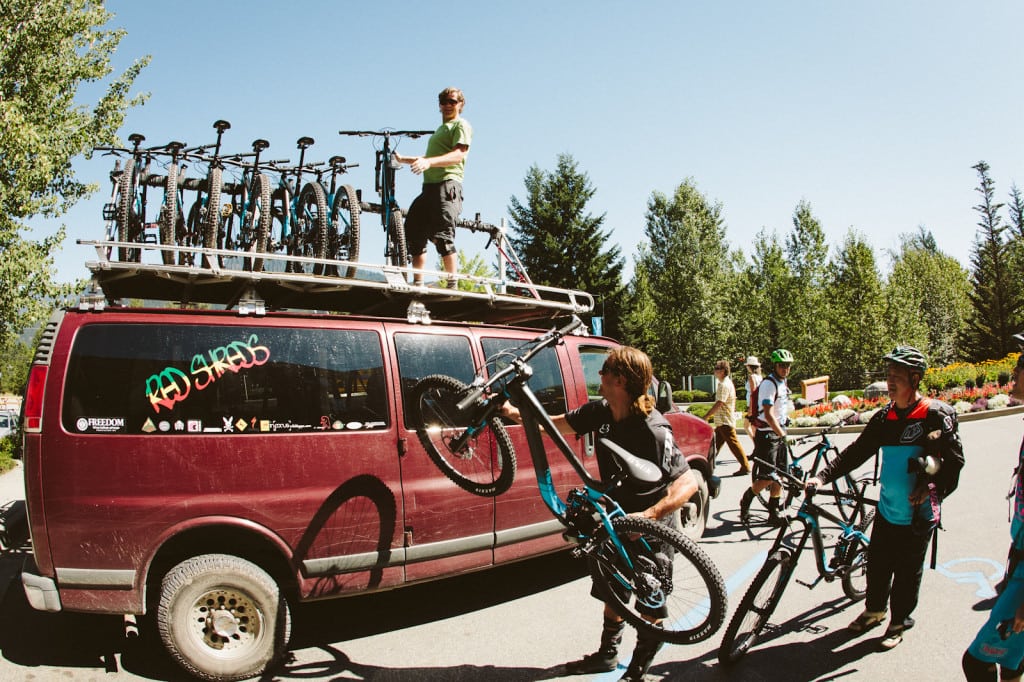 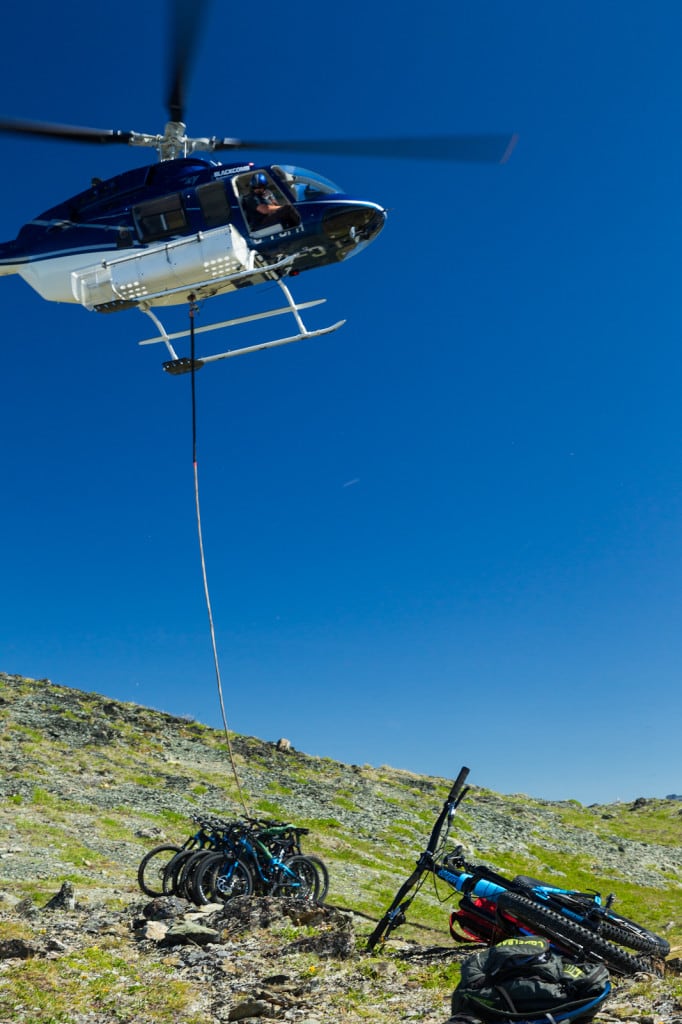 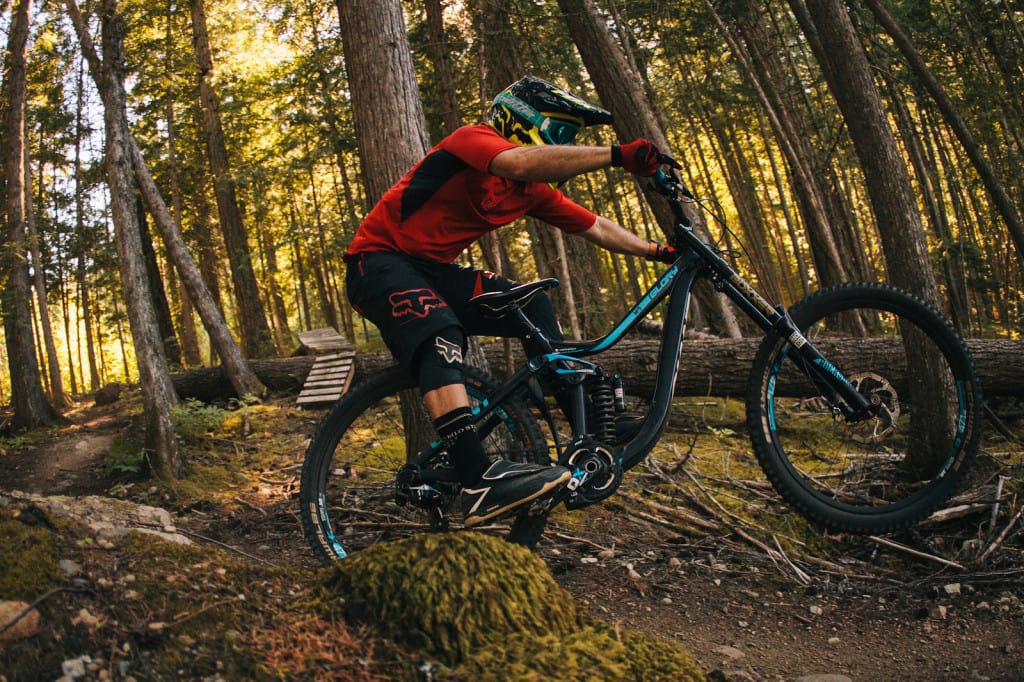 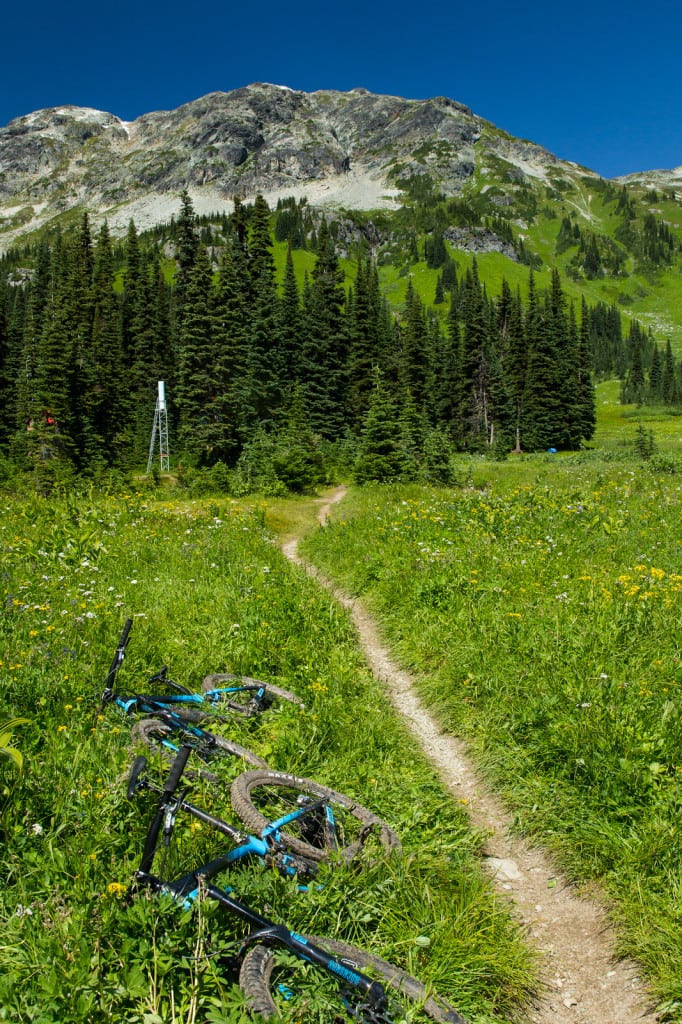 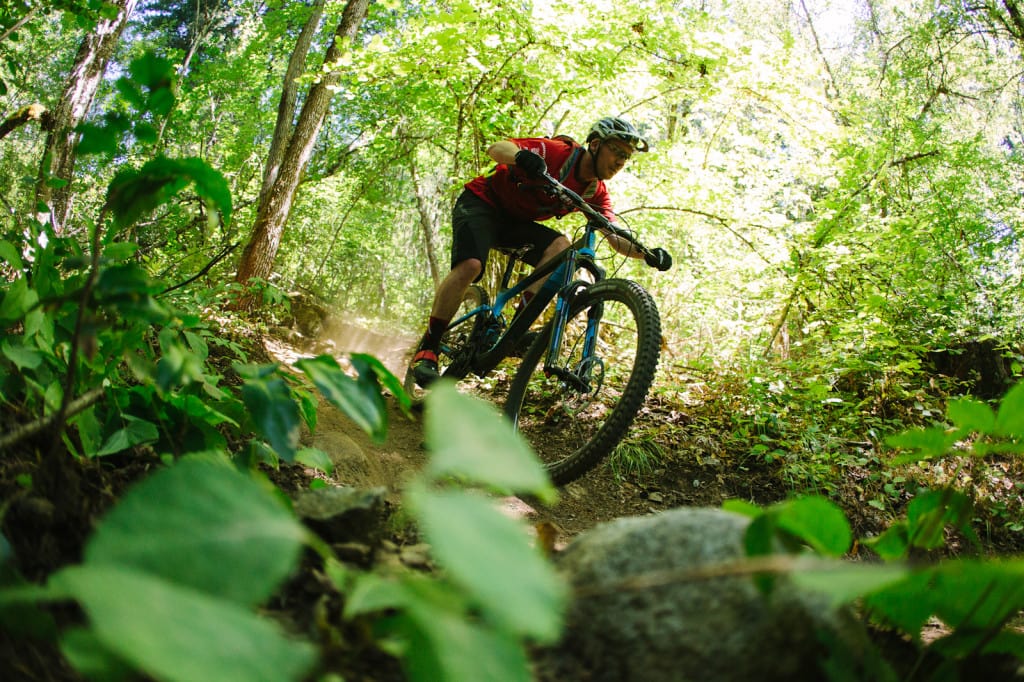 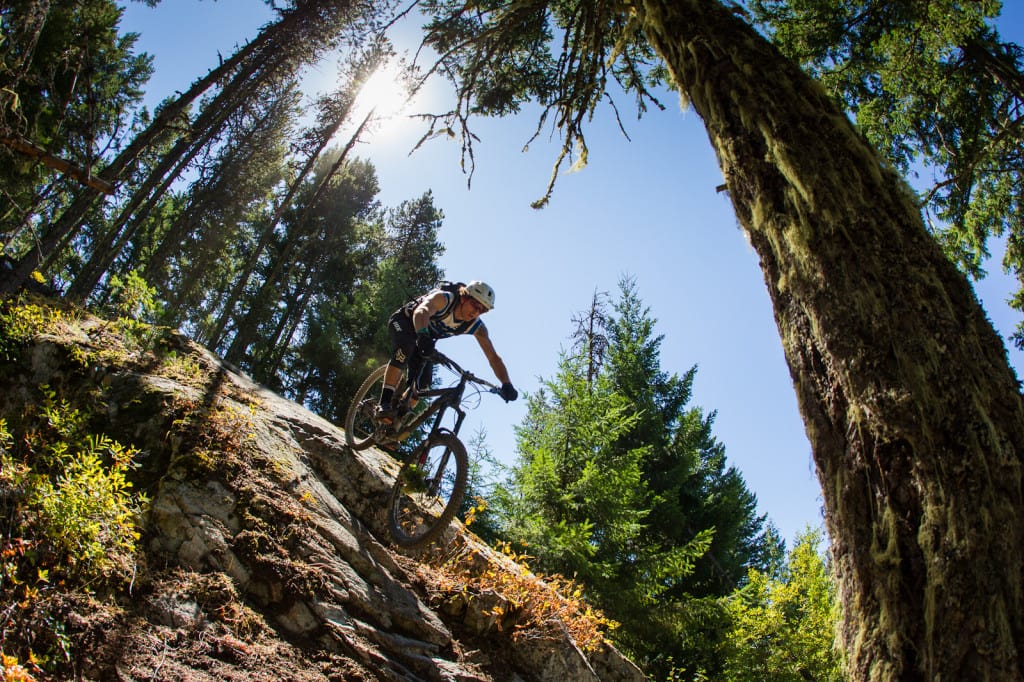 Video: Garrett Robertson Flows Through His BC Trails