Her father was, and still is to this day, her hero. Being a lineman during New York winters is not for sissies, and he had high standards for his children. Quitting was never an option, and nothing was impossible. Growing up with that mentality, it’s easy to see how Heather would become the woman she is today. Heather and her father still try to get together at least once a week, more if possible. He is the one person who she can go to for advice and motivation and never fear judgment. 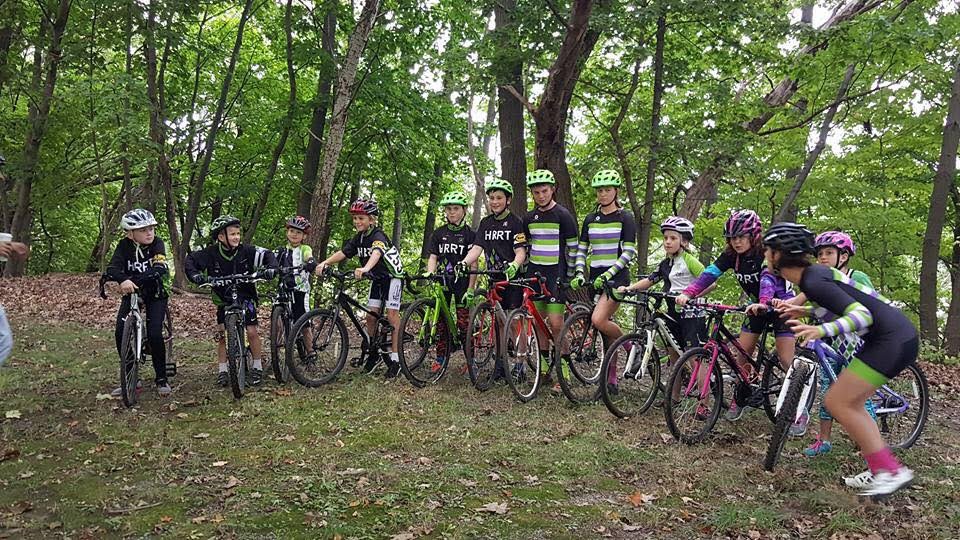 Her first bicycle memory was walking into Clifton Park Sports, the local bike shop, at 12 years old, and her father buying the entire family mountain bikes. He bought a Klein for himself, the most state-of-the-art mountain bike at the time, a Gary Fischer for his wife (which Heather’s daughter is currently riding) and a blue Trek for Heather. Shortly after, the family loaded up and went to Mt. Snow, Vermont, to experience real mountain biking for the first time. Heather recalls dismounting their bikes and hike-a-biking around a brownie-mix section on the Sherwood Forest trail. She said to her father, “Why are we walking? We should be riding. Aren’t these called mountain bikes?” She still laughs about her father not wanting to get the bikes muddy.

After that experience, Heather was all in. Cycling became an addiction, and it was all she was interested in doing. She entered her first race the following year at Garnet Hill in the Adirondack Mountains, wearing a beer jersey in the 13/14 age group. During the race, Heather fell in love with the woods. She pedaled her little heart out but wasn’t focused on the competitive aspect. She knew right then and there that this was her sanctuary. For Heather, it wasn’t about the results; it was about being in the woods and riding bikes. There was nothing more rewarding. It wasn’t until after she crossed the finish line that she learned of her win. The race win was nice, but it didn’t hold a candle to the feelings that she experienced on her bike speeding through the woods! 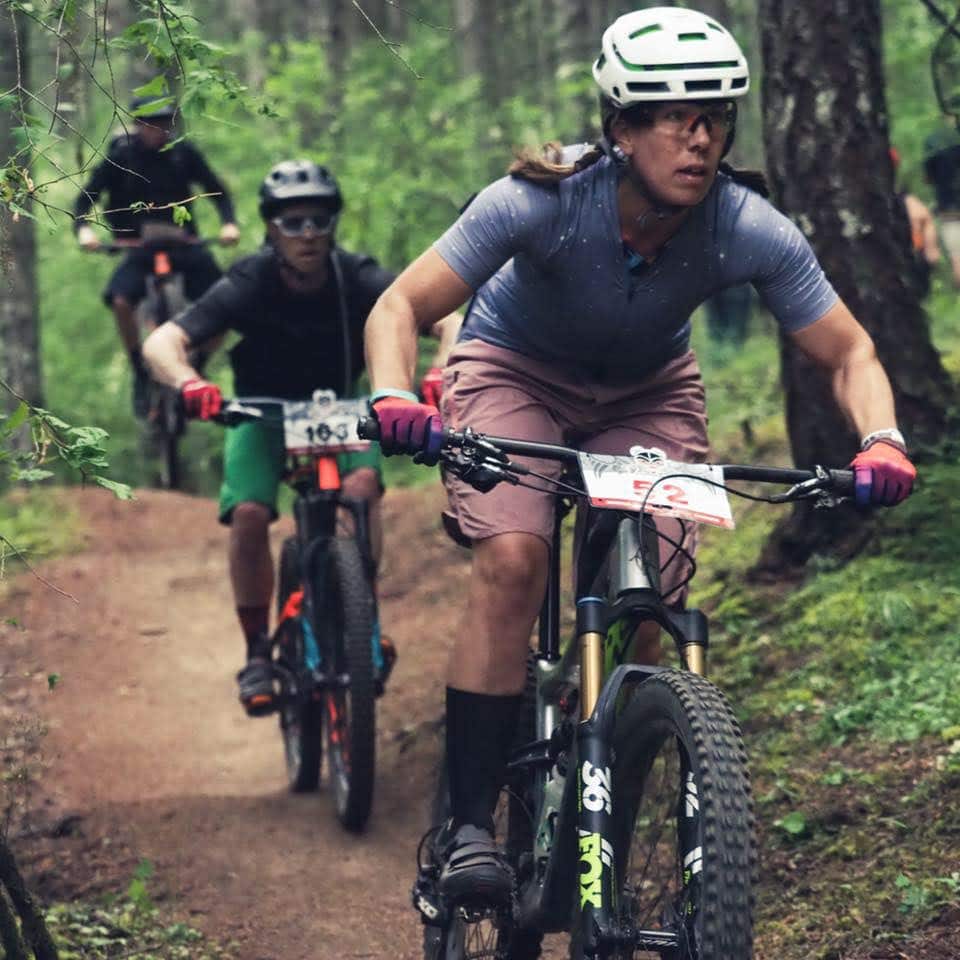 A few years later Heather married, of course, the mechanic at the local bike shop. After a couple of years, though, they realized that they were much too young and better as friends, so they decided to go their separate ways. This was a huge turning point for Heather, as she turned all her focus to endurance racing, in both running and cycling. Her results span a solid 17-year period, beginning in 2001 as a sport mountain bike racer at the NORBA National in Big Bear. From that year forward, she would win, or at least podium, almost every event that she entered—half Ironmans, marathons and full Ironmans, along with 50-mile endurance runs. In 2003, Heather entered the pro mountain bike ranks and won the 24 Hours of Snowshoe, Vermont, and Killbuck, Ohio. 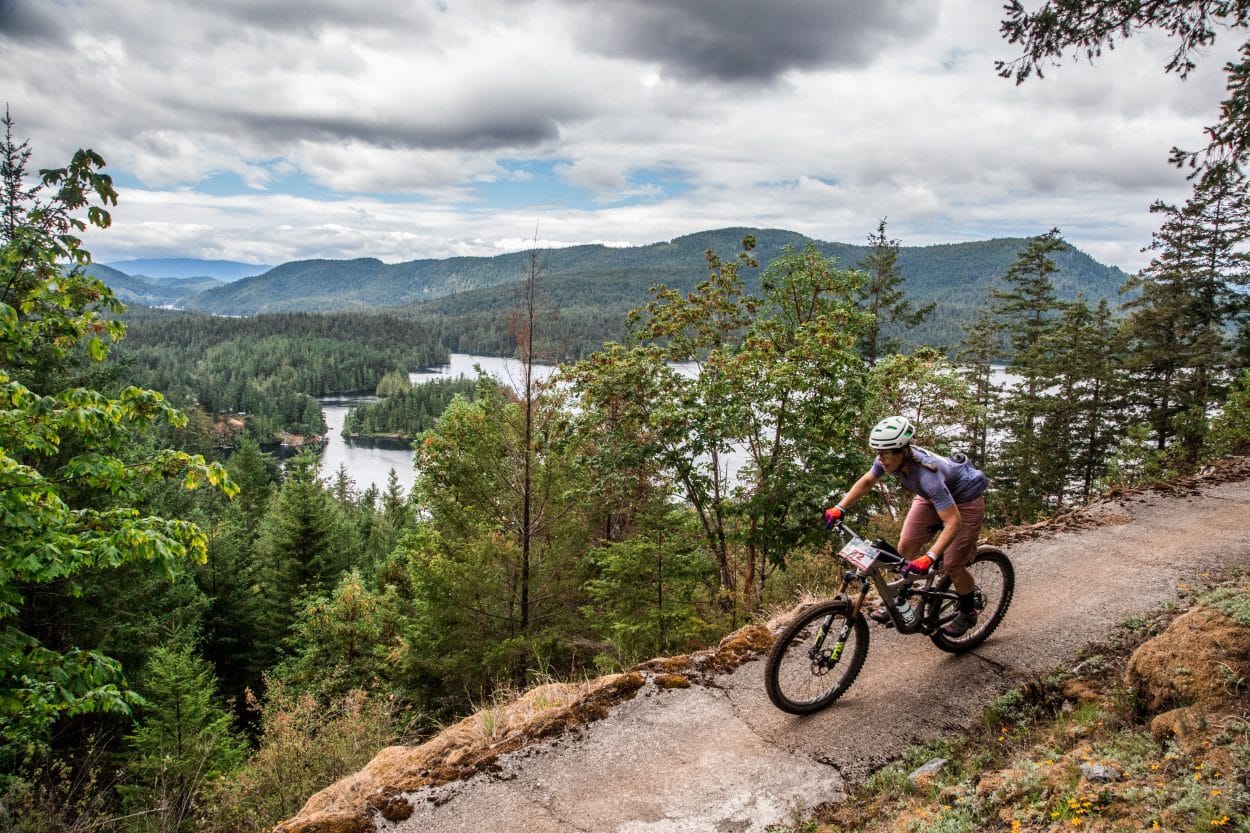 She finished 15th overall in the Pro/Elite Women’s class at the 24 Hours of Adrenalin Solo World Championships in Whistler, British Columbia, to cap off a successful year. But, only the top 10 would get any kind of recognition, so that was her primary focus going in to 2014. When asked about her greatest result, there was no hesitation. The 2004 24-Hour Solo World Championship ninth-place finish would remain her proudest accomplishment in mountain biking. Being surrounded by the best athletes in the world and breaking into the top 10 was a far greater feeling than any win she had ever experienced. She racked up dozens of 24-hour and endurance race wins over the next five years. When she talks about those races, she is more stoked by the fact that she set the fastest women’s lap of the day than she is about the overall wins. One of her most cherished accomplishments was standing on the podium with a third overall at the Breck Epic with her brother, Kurt Mason.

In 2008 Heather remarried and became Heather Rizzi, and HRRT (Heather Rizzi Racing Team) was born, which grew to 827 members by 2012. As a NICA coach, she inspired Alec Zierer, a freshman racer at the time, to be a champion at the races and gave his career a jump-start at the shop. Heather gave him direction far beyond the scope of racing. That same year, Heather was hired at the local Specialized bike shop, Plaine and Son, in Schenectady, New York. Two years later, she took over operations and became general manager. It was there that Heather was introduced to Jack Nash, who would be the biggest influence in her professional life. He was the Specialized outside rep for the shop, providing advice and motivation while instilling her with the confidence to take chances and expand her horizons. With everything that she had learned in the bicycle retail industry, Heather resigned from the shop in 2013 to manage HRRT full-time, not knowing that it would blossom from a clubhouse into a full-blown bike shop.

HRRT was a combination of event and race promotion, coaching, training, bike fitting and retail. Heather considered turning it into a national endeavor in 2014 but didn’t have enough people at the top to make it happen. There was only one chief, one Heather and nearly 1000 members. It is difficult to have a vision and work and no one stepped up to help her take HRRT to the next level.

For the past decade Heather had juggled her retail career, racing, her HHRT team, being a NICA coach, promoting races and rides all while raising her two kids. Ultimately, it took its toll—failed relationships, an inability to travel because she was overbooked and corporate restructuring, not to mention injuries. It was clear Heather was overwhelmed. It was time to stop and focus on the future. Forrest Gump once said, “I’m pretty tired. I think I’ll go home now.” 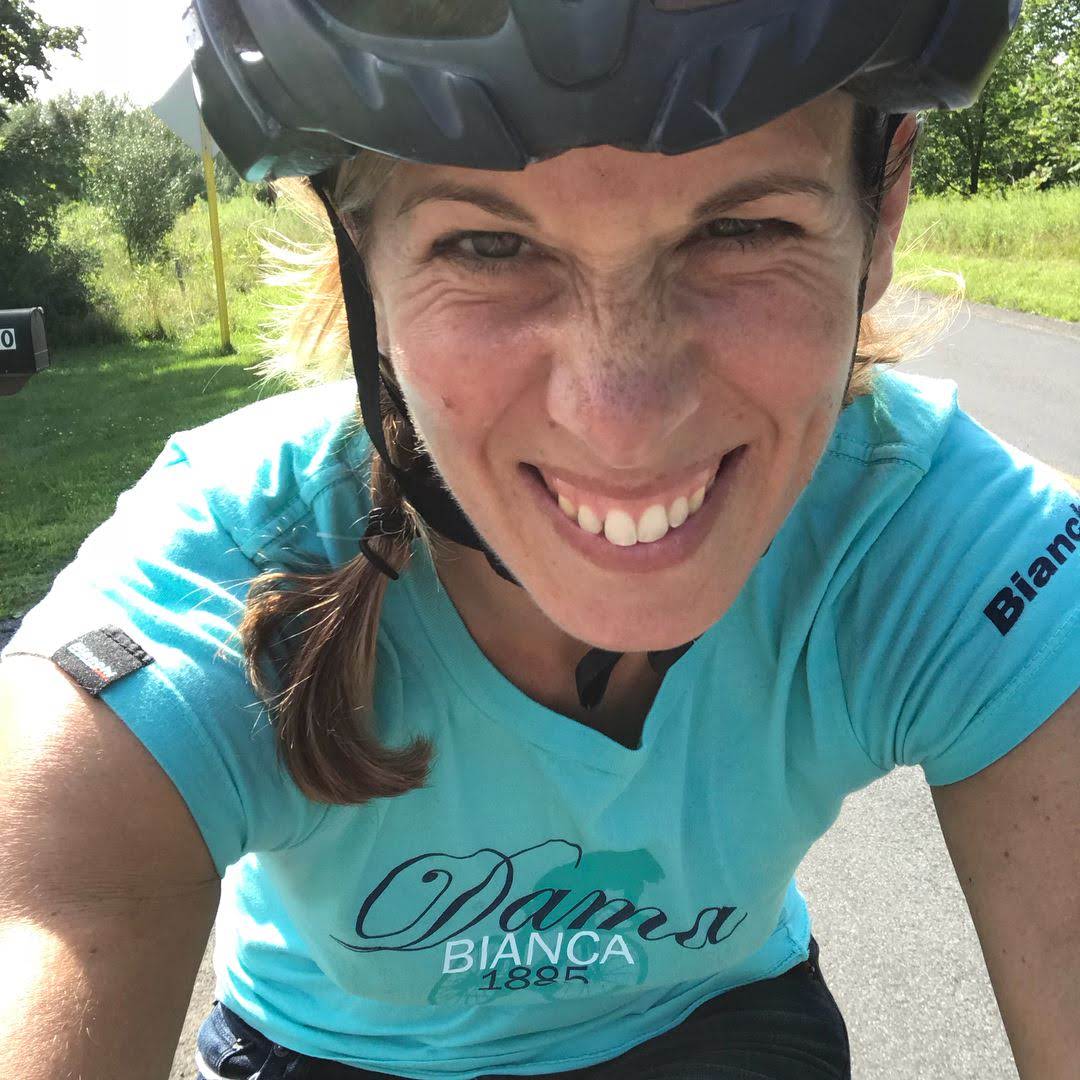 Heather had been a brand ambassador for years for Specialized. One of her HRRT team riders, who was originally from Belgium, called the Merckx office in Belgium wanting to get a bike imported into the States. At some point Heather’s name was brought into the conversation. The next thing she knew, someone from Eddy Merckx in Belgium was calling to recruit her to be the brand sales manager in the U.S. It was a hard decision, as she had been loyal to Specialized for almost two decades. But, in September of 2013, she decided to make the leap. “I didn’t even know who Eddy Merckx was before I started working for the company. How sad is that? I didn’t have a road cycling background,” laughed Heather.

Heather took this opportunity and ran. She went with a combination of old-school and new-school tactics. She went shop to shop promoting the Merckx brand, developing a huge online presence and motivating locals to ride with her at every shop visit. With Merckx, she was able to combine her passions—the network of shops she had befriended in the past decade and riders whom she had a huge influence on. This opportunity gave her one of her alltime best cycling experiences. In 2016 it was the 100th anniversary of the Tour of Flanders, and 100 people got invited to ride the course in between the women’s and men’s classic races, with tens of thousands of fans lining the course. Climbing up the Oude Kwaremont (one of the more famous cobbled sections), she heard the crowd yelling, “Allez, allez!” The pros were closing in on her group at the bottom of the climb that she was on, so the fans pushed all the riders, including Heather, up the Oude Kwaremont to allow them to finish their route without interfering with the actual Tour of Flanders pro race. She was all animated and giddy as she told us: “They were pushing, pulling and even grabbing our butts on the way up that climb, but we stayed ahead of the race.”

Model year 2018 started out bittersweet. Her divorce was finalized, and she became Heather Mason once again. She decided to leave Merckx, which had been acquired by Ridley the previous year. The new corporate structure was changing the business model that she had worked so hard to build, and she wasn’t comfortable with the marketing strategy that they were implementing. Soon after, the national sales manager for Bianchi USA reached out to Heather and offered her an opportunity to take her HRRT model and expand it on a global scale. Heather decided to make the move to Bianchi and immediately implemented her Dama program. Heather’s goal is “To reach woman similar to myself and give them a voice and platform to actually apply their ideas.” The Bianchi Dama program blends the rider with the bike shop and uses social media to influence the masses. The freshman class of 32 women was selected through Bianchi retailers. The women have promotional responsibilities, including social media, group rides, shop clinics and visits. For 2019, Heather has plans for weekend getaways and Ride with Heather clinics, where she will work on fundamentals. She will also offer training programs for more experienced riders. 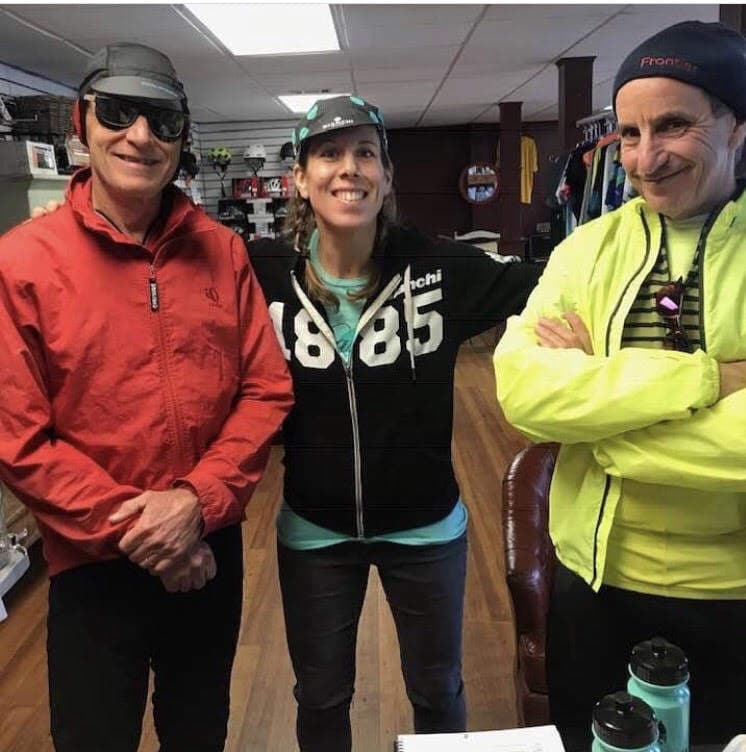 Heather is unique and has unmatched energy. Her smile is contagious and her personality infectious. She makes you expect way more of yourself than you ever would on your own. She has impacted so many people’s lives, mainly in New England, and now with the Dama program, she has the potential to influence riders worldwide. HRRT is still active, though currently on a smaller scale, and waiting to see if it will be called upon in the future. She prides herself on being current and relevant. When asked what is the most difficult thing about bike riding, Heather had this to say: “You have to get the mind right. If I want to have a good day on my bike, you know, I gotta be there, mentally. When you take a mountain bike, you know, onto some black-diamond trails, down a mountain and your brain is not right, then you aren’t going to have the best ride, right? It’s confidence. That’s a huge thing when you are a mountain biker. If you go into a section not feeling confident, you’re not going to get through that section too well. When you’re on the bike, you’re on the bike. Get the brain right, man!”