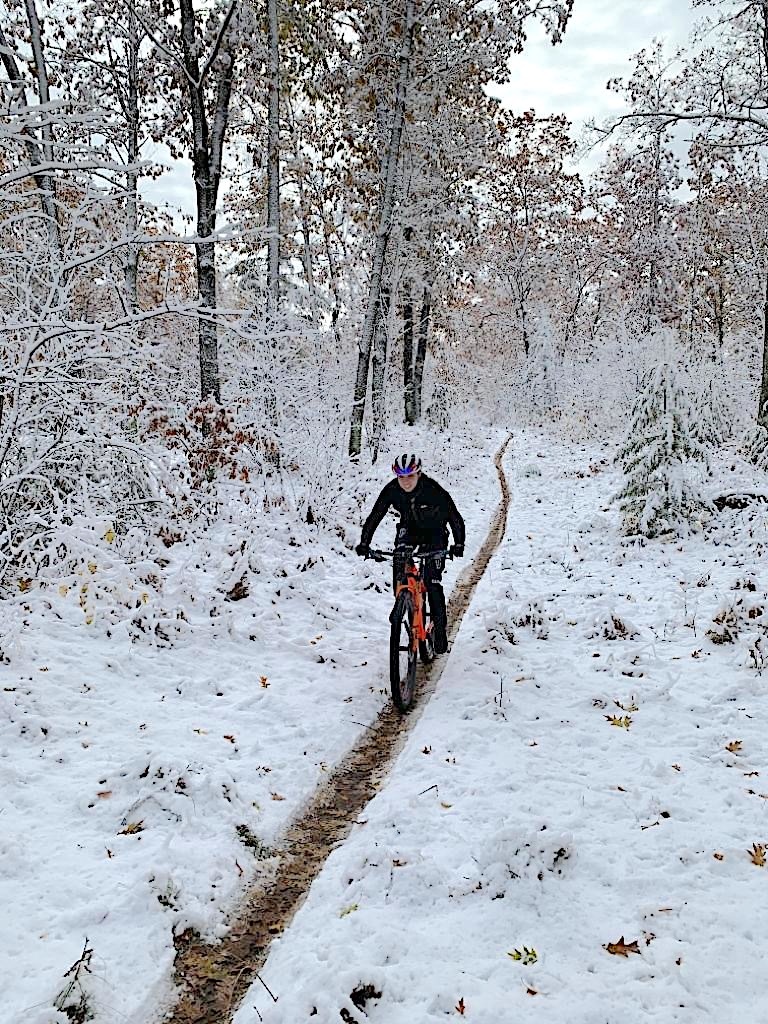 A cold and snowy pre-ride

Wow! What a season it has been! It seems like 2019 was a giant build for me, with the last few months holding the best performances of my career to date. As I prepared for the Iceman Cometh it felt like the sky was the limit. I had nothing to lose because the work had been done and this race would be the icing on the cake.  It was also a little nerve-racking because, after months of great results, there is something to be said about finishing while you’re still ahead.

Iceman Cometh is so famous and this was my first time experiencing the hype. It reminded me that even as my experience in this sport grows, I am still young and learning. This was the 30th annual Iceman Cometh. People were lining up to race these trails long before I was even born.

The weather was COLD leading up to the event. I wouldn’t really have it any other way though, it is called the ICEman after all. With rain, snow, and changing weather conditions, no one quite knew what the trails would be like as we lined up on Saturday afternoon.

It was an absolute mud-fest. The group stayed together for the first few miles as we paraded around the start area and got a taste of what the trails had to offer. After a few miles though, Katerina Nash (5x Olympian and current Cyclocross World Cup leader) entered the singletrack first. I knew that would be an important wheel to follow and I jumped in right behind.

She set a new standard as we flew around the muddy corners. We were slipping and sliding and even in the smallest gear it felt like I mashing the pedals as the mud dragged us backwards. The mud was like peanut butter sticking and coating our bikes and bodies as we forced our equipment to its maximum. Other times, the mud was so slick that we would slide from one side of the trail to the other in the blink of an eye. Other times you would be caught off guard as your wheels disappeared into a mud bog. 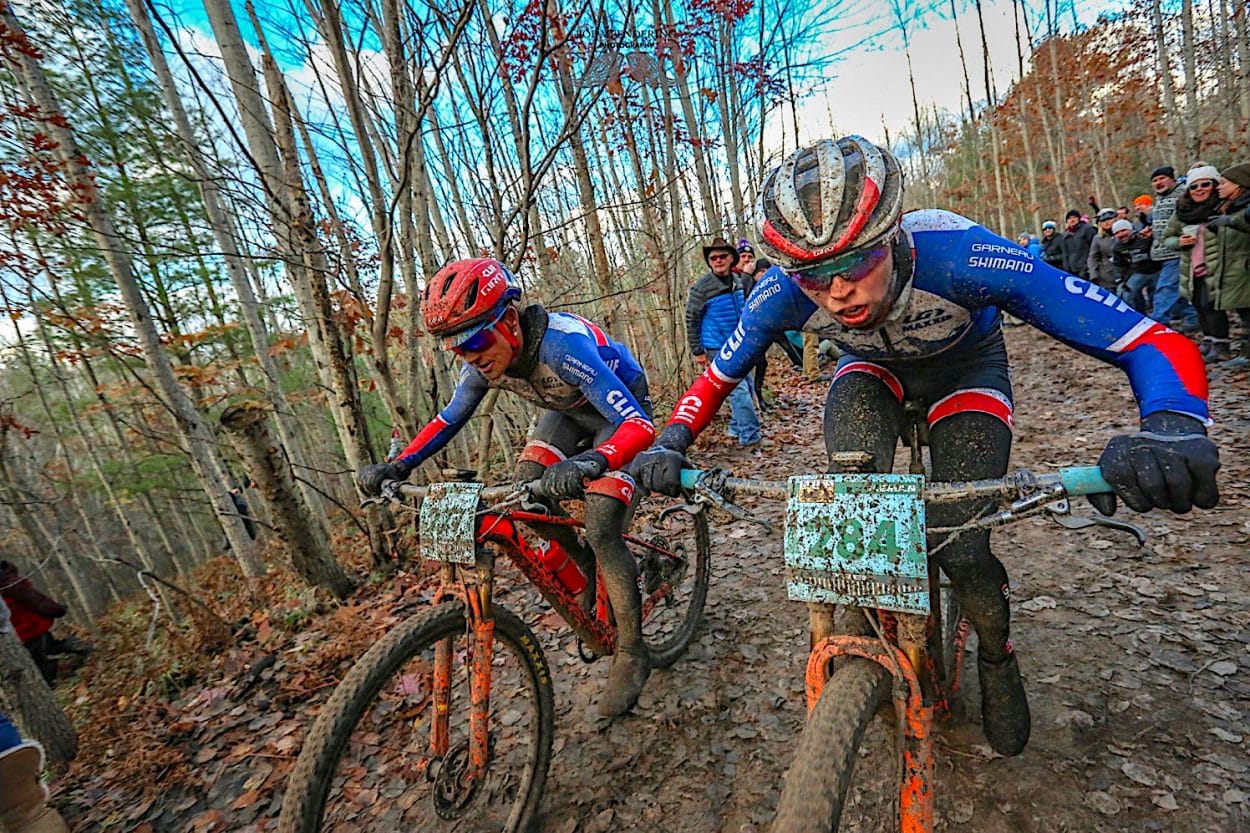 Following Katerina’s wheel was both helpful and stressful. She was picking the best lines and taking some of the trail reading off of my plate, but at the same time, if I made a mistake behind her I knew that catching up would be a challenging feat. I was following so closely that the sticks and trees would sling back and hit me as we hugged the trees to find the best traction.

After that initial singletrack, we dumped back out onto the fireroad and had 42 kilometers left in the race. We both took a look back and couldn’t see anyone. We knew what had to be done and we road together for the remainder of the race. We set a strong pace and challenged each other through each section. We traded off turns in front and behind. As the miles ticked by, the tension rose as it became obvious that on this day we were very closely matched. No one would be riding away with an easy victory. As we neared the final kilometers I became very nervous, but I remembered that I wouldn’t be racing alone. My race always belongs to God.

As we found ourselves with 7 kilometers to go, the focus shifted as we both considered how to best win the race. The pace slowed as we looked at each other, neither of us wanting to lead and both of us wanting to have the upper hand. 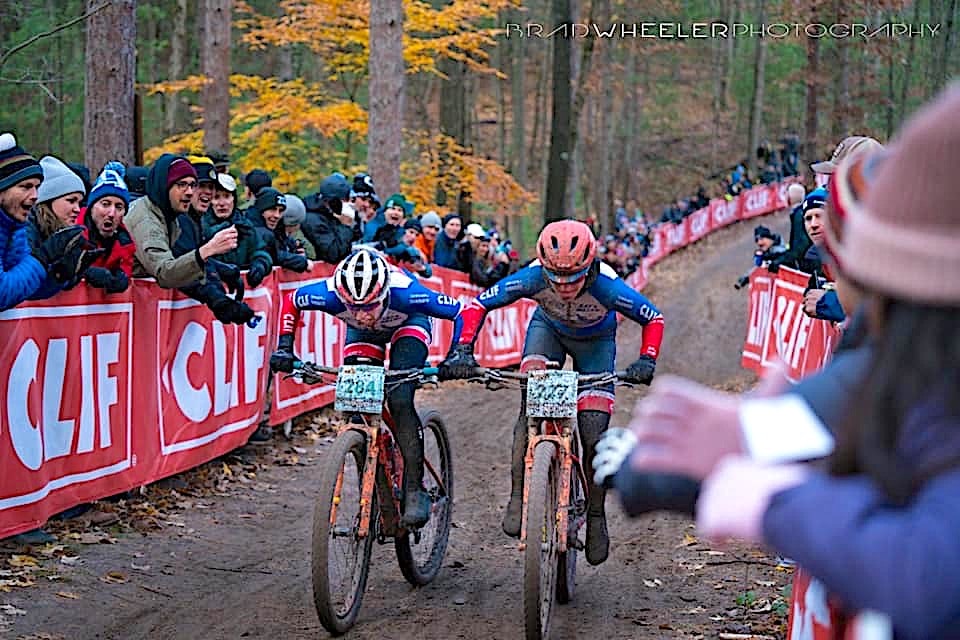 It was a difficult 7k for me. I’ve never raced with that much strategy before. I like to race fast, but at this point, it was a race of tactics. I would slow and pull off and force Katerina around and she would do the same to me. I waited for her to attack, ready to jump. As we neared the finish though, I realized that I might have to make the first move.

With 2 kilometers to go the course had a 30-second climb, a singletrack descent, another 30-second climb, some twisty turny trails, and then the finish straight. I didn’t want to risk a mistake on the descent so I attacked on the first climb. We were side by side, both putting everything we had into the pedals. I narrowly crested the hill first and entered the singletrack ahead. I used the opportunity to rest and I slowly descended the singletrack with Katerina right on my wheel.

As we exited the singletrack we were full on sprinting again. Side by side, elbow to elbow- it was a classic battle. Even in the moment, I wanted to soak it in. Katerina barely bested me up that climb, entering the turns first. I was forced to follow her wheel, still determined to find some room around. I started to come up next to her on the flyover ramp toward the finish. As we came around the final corner, our bikes were overlapping and she had just a wheel on me headed into the straightaway. That’s exactly how it finished. We had the same time, in a true sprint to the line. It was a bittersweet end as I missed the win by just ‘that much.’ It is such an honor to be duking it out with a legend of the sport. 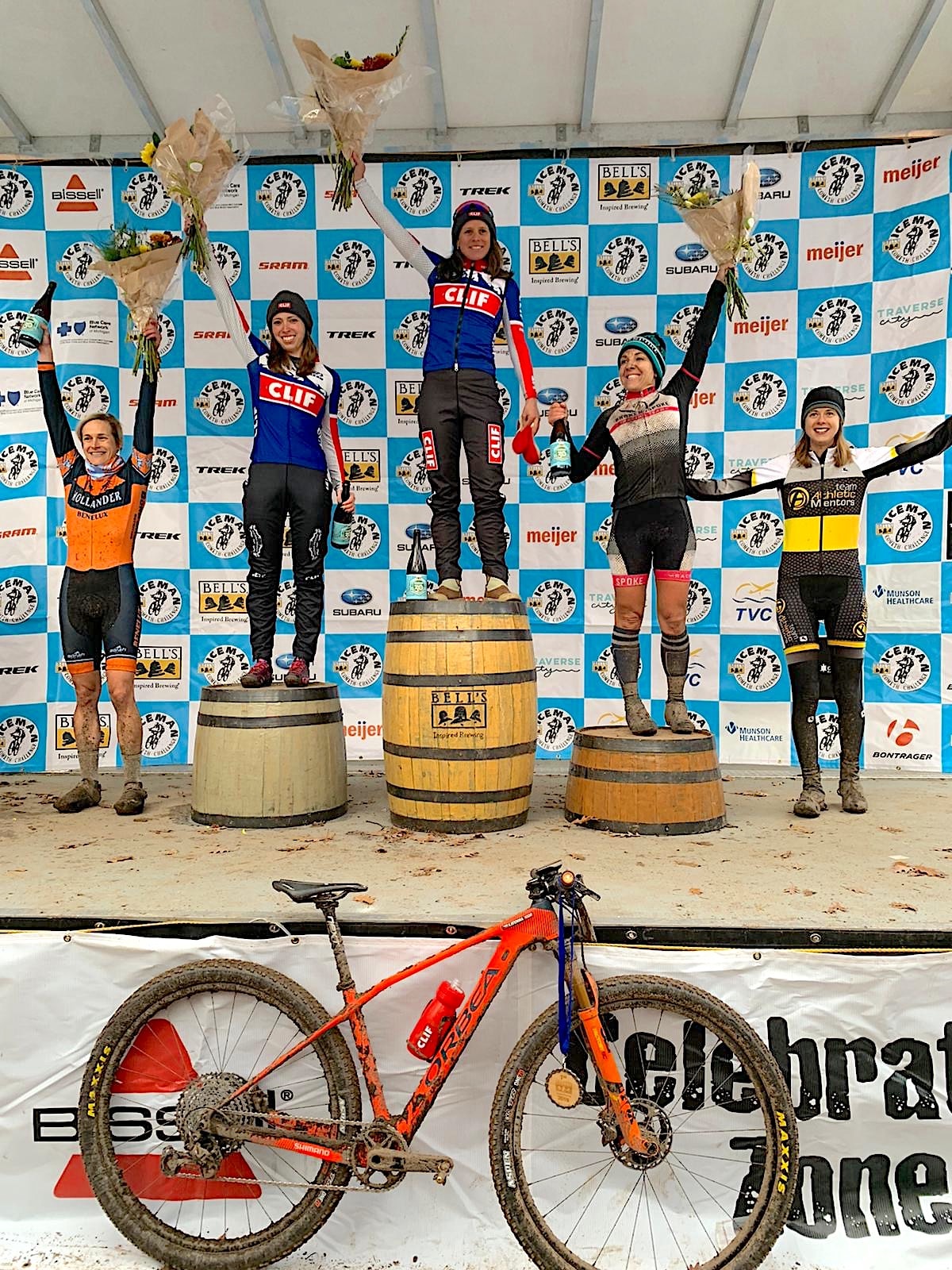 Now as I head into the off-season I’ll take some time in gratitude for all that I (we) have achieved this year and focus my eyes on what’s ahead. Stay tuned for my 2020 plans! 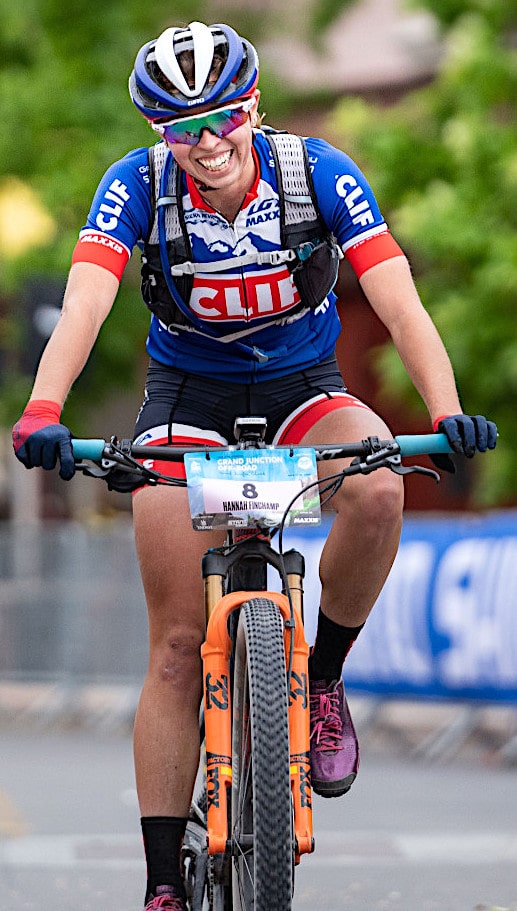 After winning the XTERRA Amateur World Championship in triathlon, I joined the CLIF Pro Team (then LUNA). And after winning the amateur title a second time, my sights became fixed on the bike. I have worked up the ranks starting as the two-time high school state champion on the mountain bike, earning podium positions at multi-Pro XCT and Epic races, and I finished off my college career as a 5x National Champion. I look forward to a career that continues to test my limits on the ever-growing stage of national championships and world cup competitions.

I recently graduated from Lindenwood University with a degree in both Athletic Training (healthcare) and Exercise Science. I am a USA Certified Cycling Coach and Board Certified athletic trainer. I am both an athlete and a coach as I seek to help others achieve their goals as I continue to follow my dream of racing and representing CLIF and the USA around the world; drawing on the knowledge and experience that God has blessed me with. hannahfinchamp.com