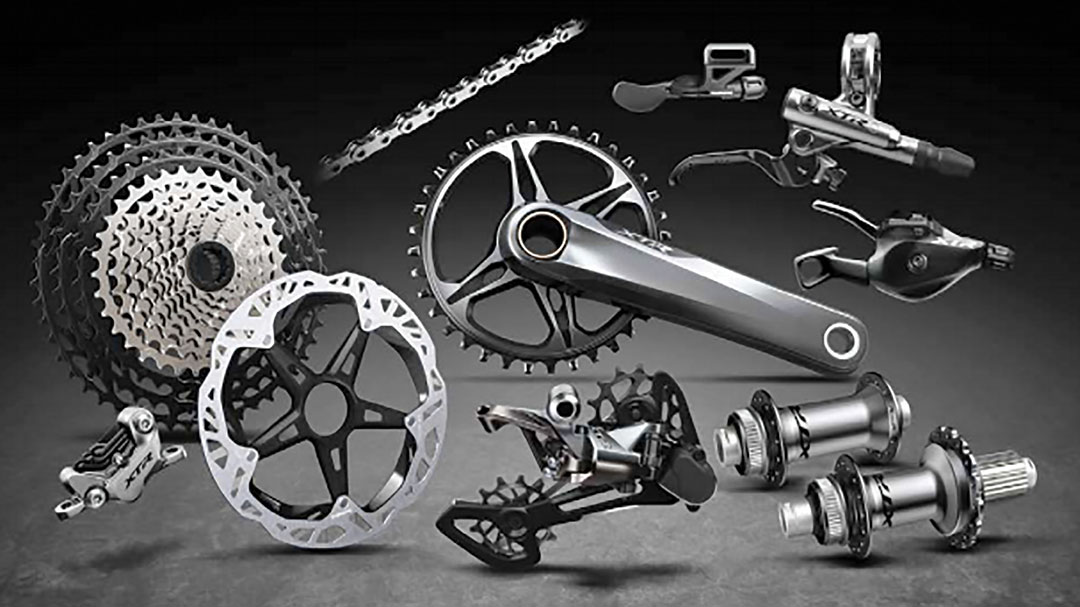 We have been waiting for Shimano to release a new version of their XTR drivetrain for quite some time now. But after all the waiting, seeing the release of their new M9100 series, it’s clear they were taking their time to make sure it was dialed. SRAM raised the bar on mountain bike drivetrains with their 12-speed Eagle drivetrain, and Shimano has responded.

The M9100 series was designed around 1x and 2x systems with two different cassettes to suit different gear ratios. The 1x drivetrain uses a massive 10-51 cassette on a new micro-spline freehub, while the 2x uses a 10-45 cassette. Along with the new drivetrain, Shimano released updated trail and cross-country brakes. Shimano released a new crank option with two different Q-factors (162- and 168mm) with their Hollowtech II technology for their lightest crank yet. These cranks do use a new direct-mount system that allows for riders to run single or double chainrings. The M9100 will run 30–38-tooth chainrings. bike.shimano.com

Check out our first-ride impressions on this new drivetrain.