HOW TO NOT CRASH INTO ANOTHER RIDER

ANSWERS FOR ALL THINGS MOUNTAIN BIKES 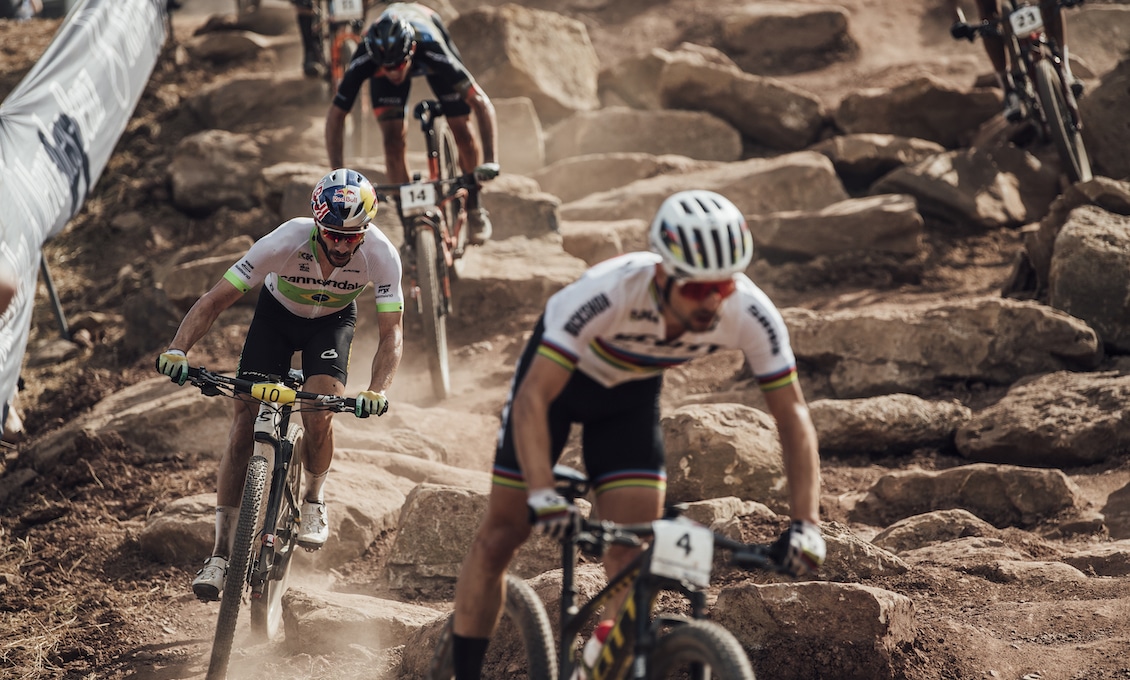 WHAT IS THE OPTIMUM SAFE FOLLOWING DISTANCE WHEN RIDING/RACING MOUNTAIN BIKES?

Question from an MBA reader: I recently witnessed an altercation at the bike park when a rider slowly came to a stop at a landing but wasn’t aware how close the rider behind was following. The rider from behind was expecting to carry speed into the next jump, but instead went right into the other rider. Is there a rule of thumb for how much space to leave in between me and the person in front of me? I don’t think the rider in front should’ve stopped on the jump line, but the rider behind was also too close. —Reggie Feldhake, Brevard, North Carolina

Our answer: Whoa! We hope both riders were able to get back on their bikes safely after that one. As a general rule, we like to aim for a car length of space between us and the person in front of us. We know riders like to get cool action cam angles of following their friends, but if you’re riding a rocky trail where someone might have to stop in the middle of an obstacle, being a little farther back will keep you from running into them. On long, flat stretches, we do ride closer so that we can talk to others, but when the terrain is uncharted, we tend to stay back a little bit. Overall, if you don’t know the person in front of you and you realize you’re going faster than they are, politely ask if you can pass. Be nice and say, “Hi.”