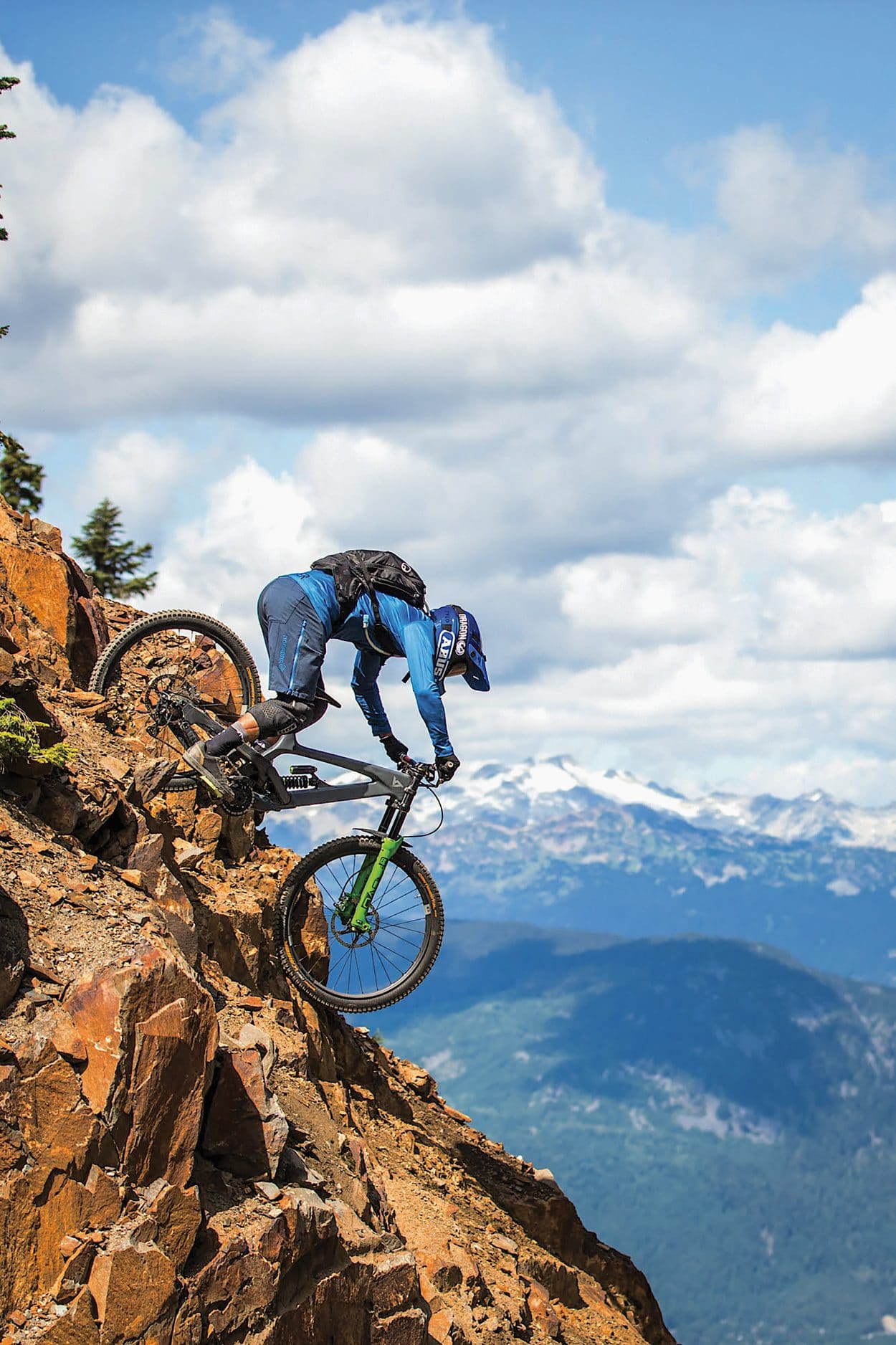 -Get back behind the seat, but keep some bend in your arms. Get low, but don’t touch your rear tire with your butt. A lot of people lean back too far and end up taking the pressure off their front tire, where most of your braking force comes from.

-Lock up your rear brakes as needed, but not to the point where you skid sideways—that way you keep control. Brake as heavily on the front brake as possible, but keep the front wheel from skidding. If your front wheel skids, you will probably crash.

-If your wheels start to skid, release the brake until you are straight and in control again. Braking pressure is critical in riding. Get used to your brake and the surface you are riding on, and become familiar with how much will cause you to skid.

-Remember, hesitation reeks devastation. If you are in real trouble, you can drag a foot, but don’t do it if it isn’t needed, because often that will put you in a compromising position.

-Steeps are one of the most exciting and simple ways to get thrills on your bike. Just approach the section slowly and stay in control.

Richie is one of the original freeride stars from British Columbia. A competitor in the early years of the Red Bull Rampage, he was also instrumental in the design and creation of the trails at Whistler Bike Park, one of which, “Schleyer,” is named after him.