In The Pits at Crankworx 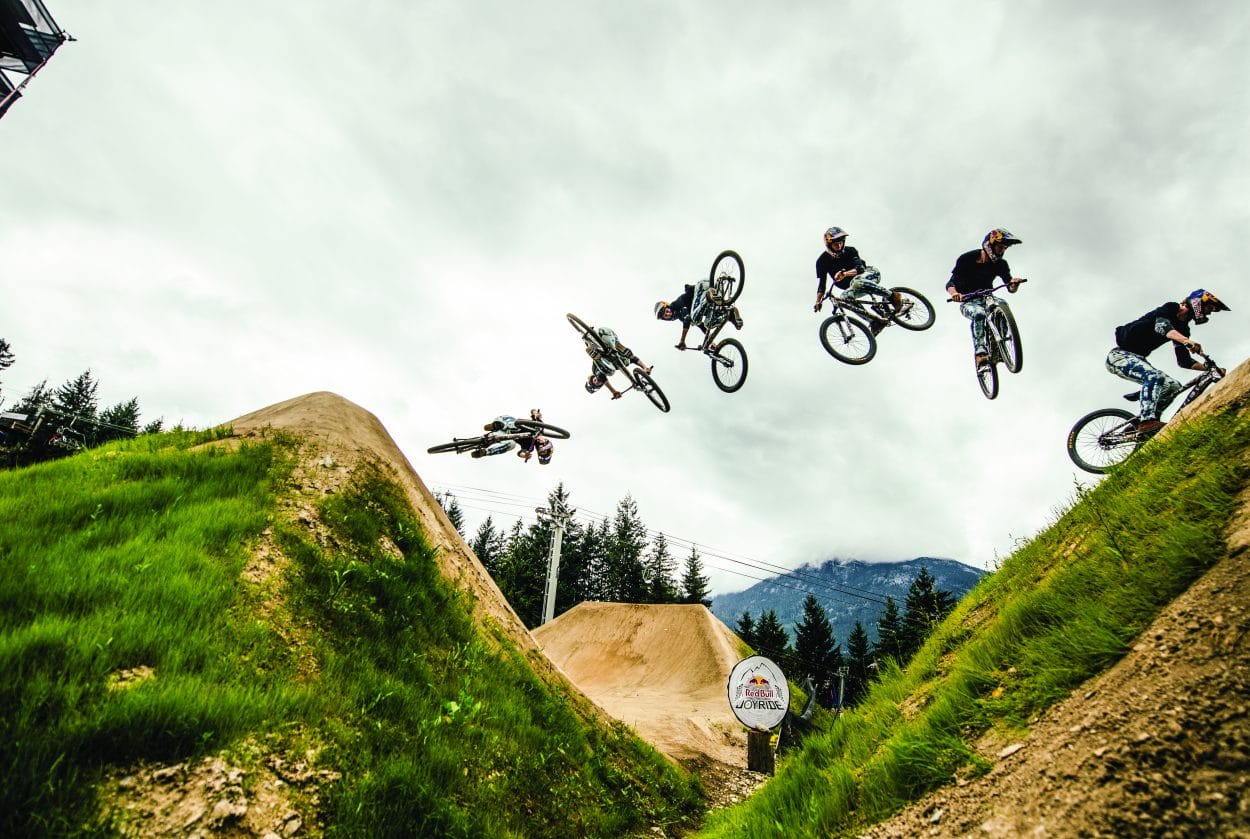 Crankworx Whistler is arguably the largest mountain bike event in North America and is host to well-known events like the Red Bull Joyride, EWS, Whip-Off World Championships and Pump Track World Championships, just to name a few. While the headliner events get the most notoriety—and are amazing to watch in their own right—it’s the approachable and accessible format that keeps many riders coming back each year. From catching the Dirt Diaries short film festival or the Deep Summer photo contest in Olympic Park to riding the latest product that may have just been introduced that day, to taking advantage of a skills clinic or women’s-only A-Line jam, it’s easy to forget all about the big events while immersing yourself in everything else Crankworx is. This mix of everything seems to work well. Here’s a little taste of what was seen around the pits in 2019. 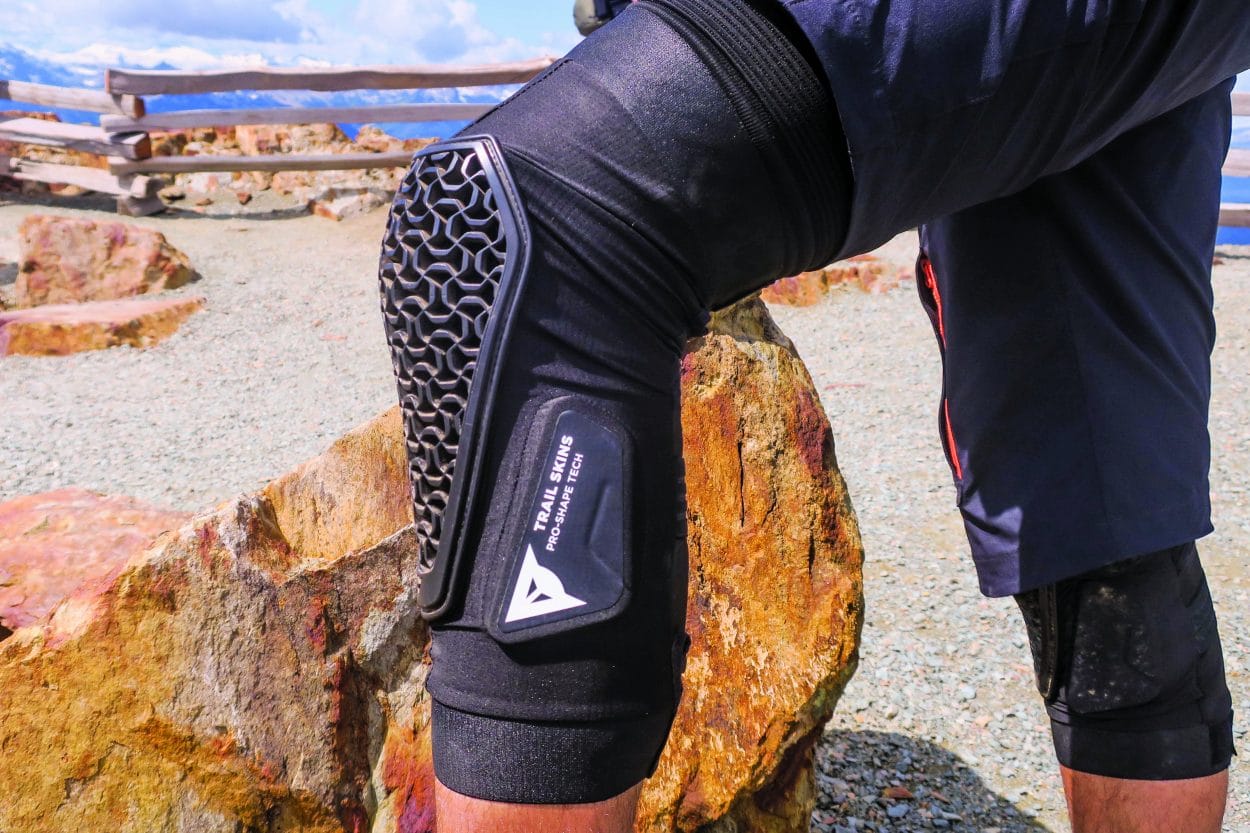 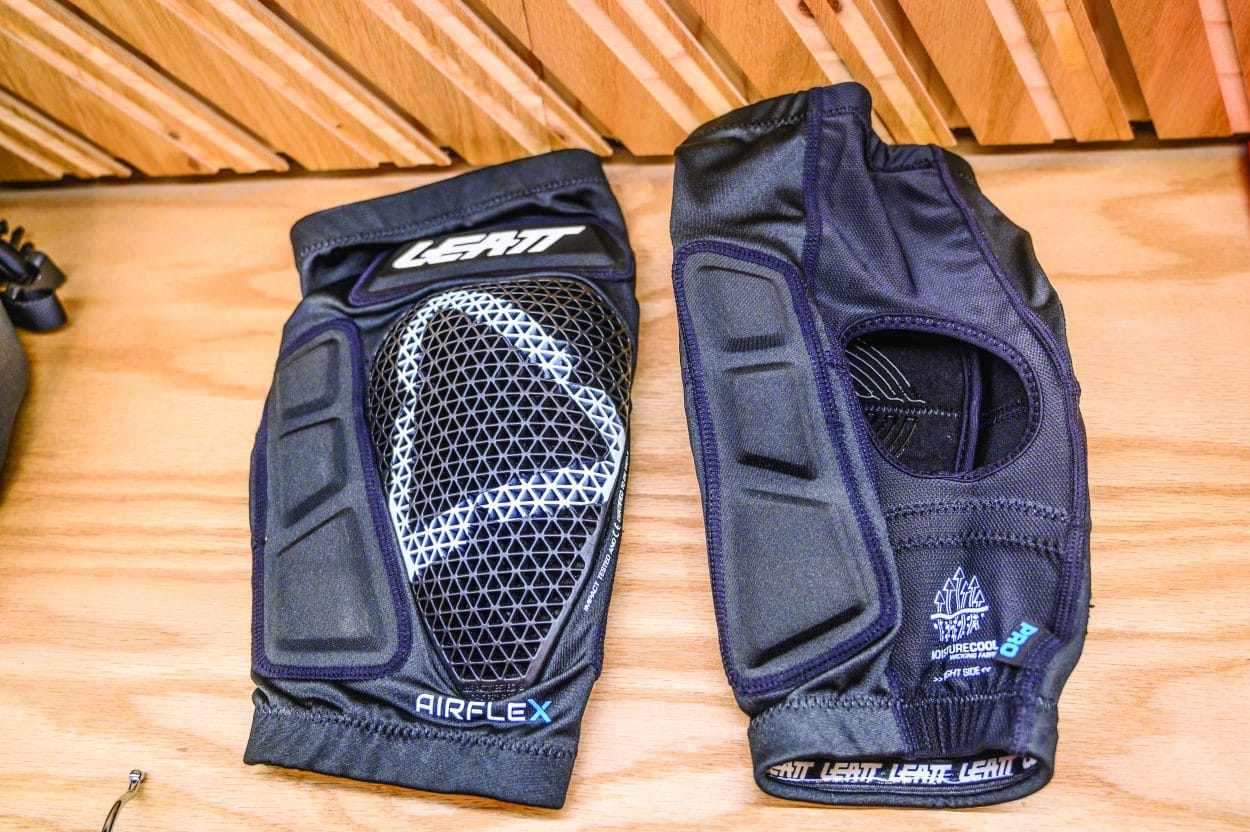 Leatt has a new Airflex knee guard that should be available this October but didn’t have a final price at press time. There’s much more ventilation in the front; otherwise, they’ve kept their number-oneselling knee guard (and number-two-selling product overall) about the same. 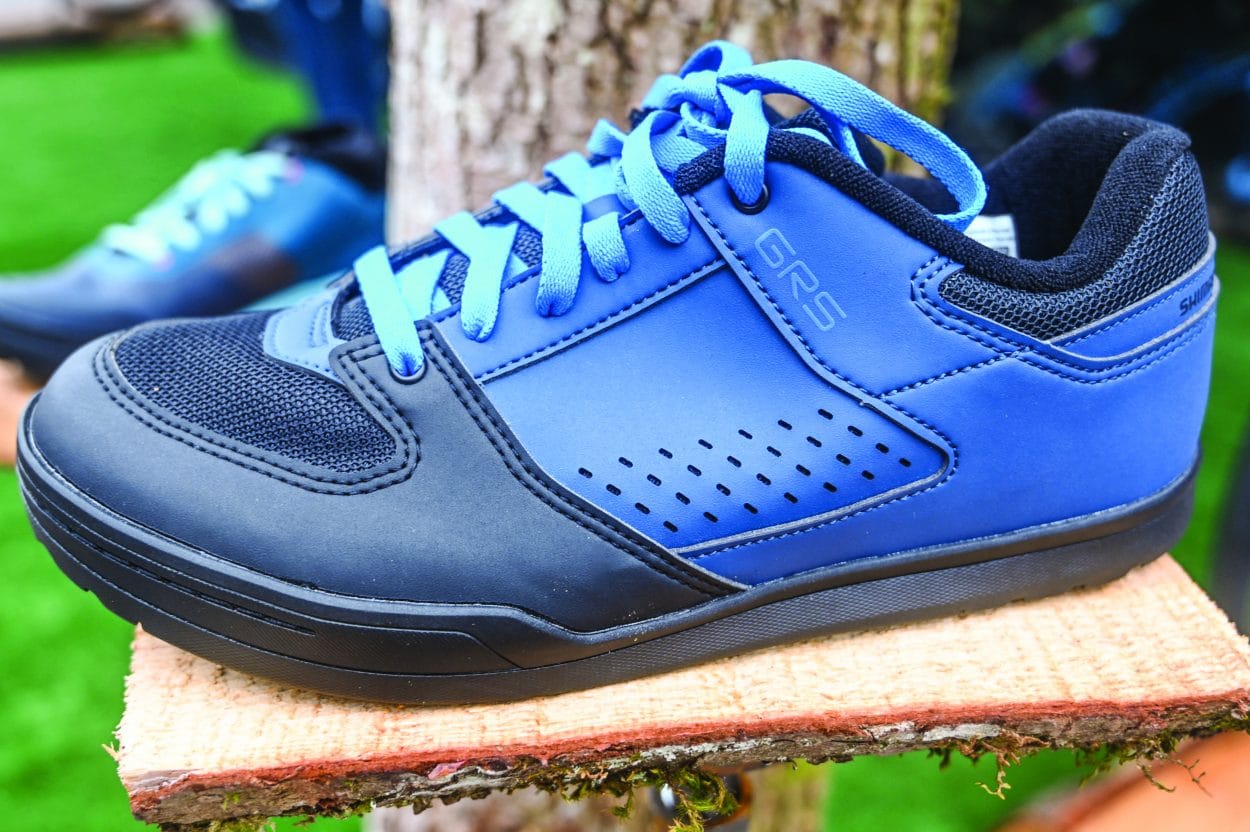 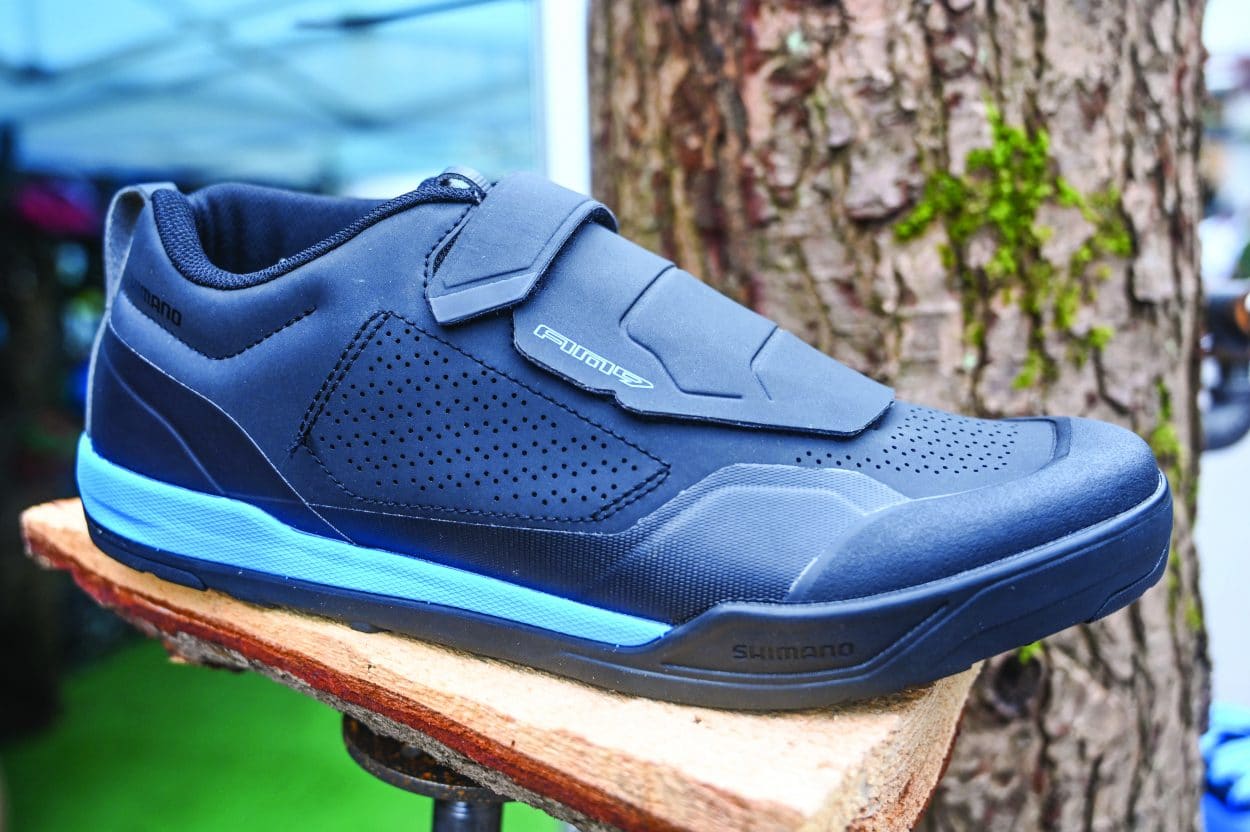 A nicely updated AM9 was on display at the Shimano booth, along with the GR5, which is a flat-specific pedal that’s available all the way down to size 33. Both models, along with a similarly updated AM7, will be officially released in September with more details. 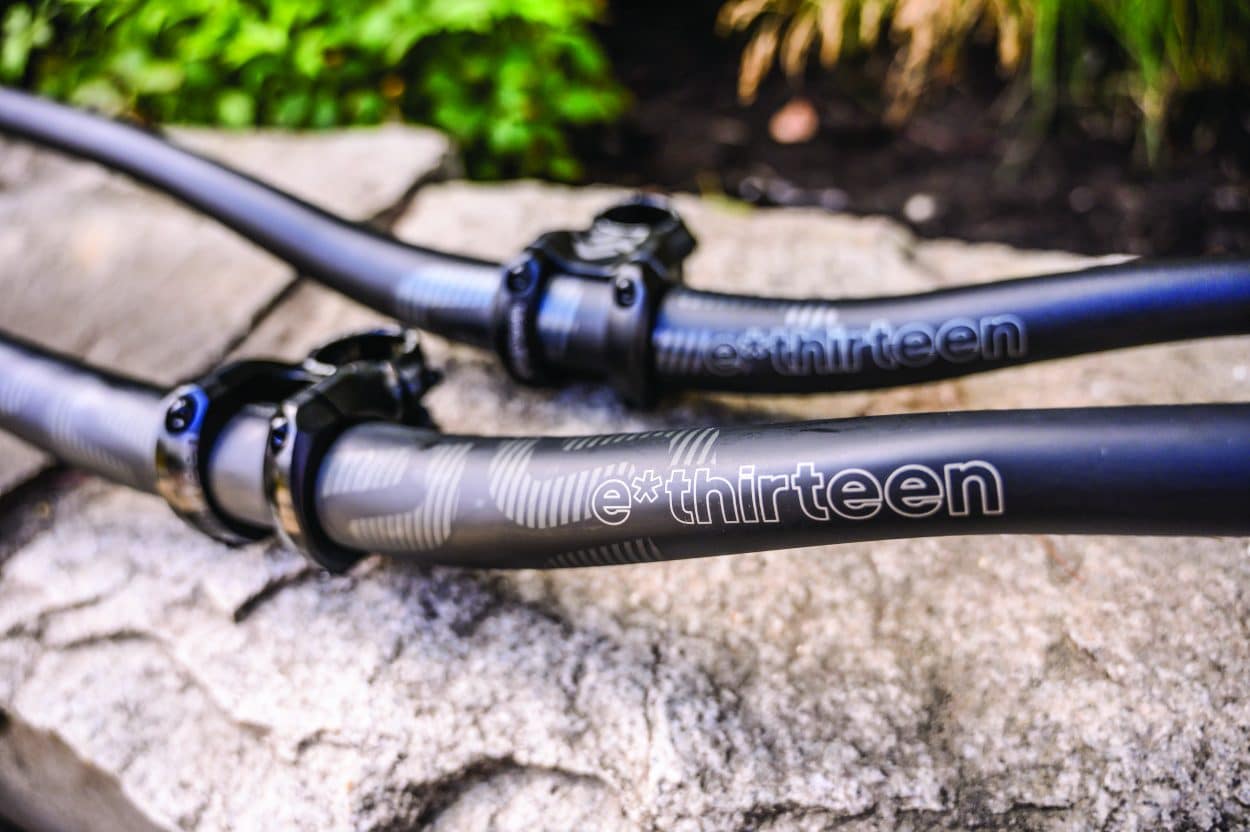 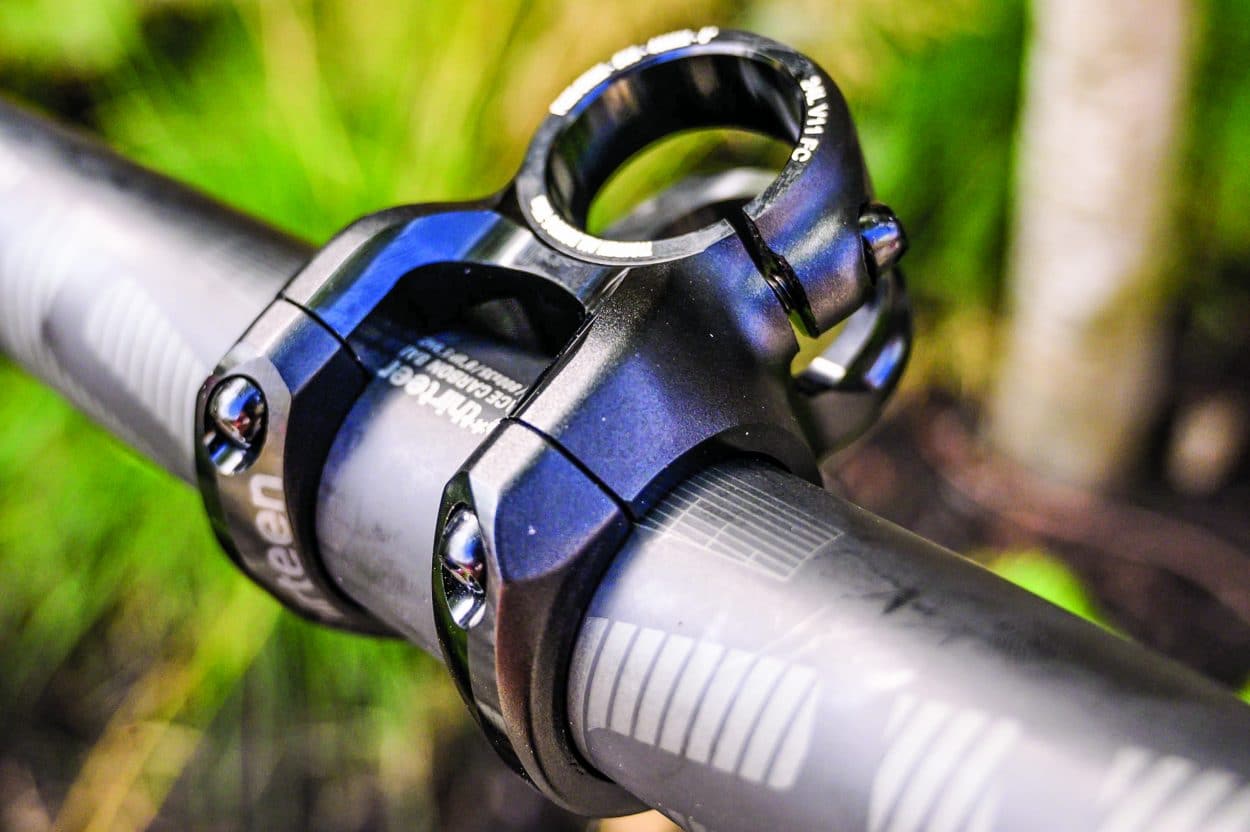 Pressured by their customers, E∗Thirteen is now in the handlebar and stem business, introducing the combo at Crankworx. They are decidedly low-profile, and the stems are said to be partially inspired by the Thomson stems they grew up riding in the ’90s. There’s an 800mm-wide carbon Race bar for $140, with either a 20mm or 35mm rise, 9-degree backsweep and 5-degree upsweep. Or, for $35, the Base handlebar gets the same measurements in 6061 aluminum. A 6061 aluminum Base stem is available in 40mm or 50mm lengths, is 35mm-bar compatible, and features integrated T25 hardware for $50. For $95, the same stem is available with water decals, a dual-machine finish on the body and polishing on the face plates. 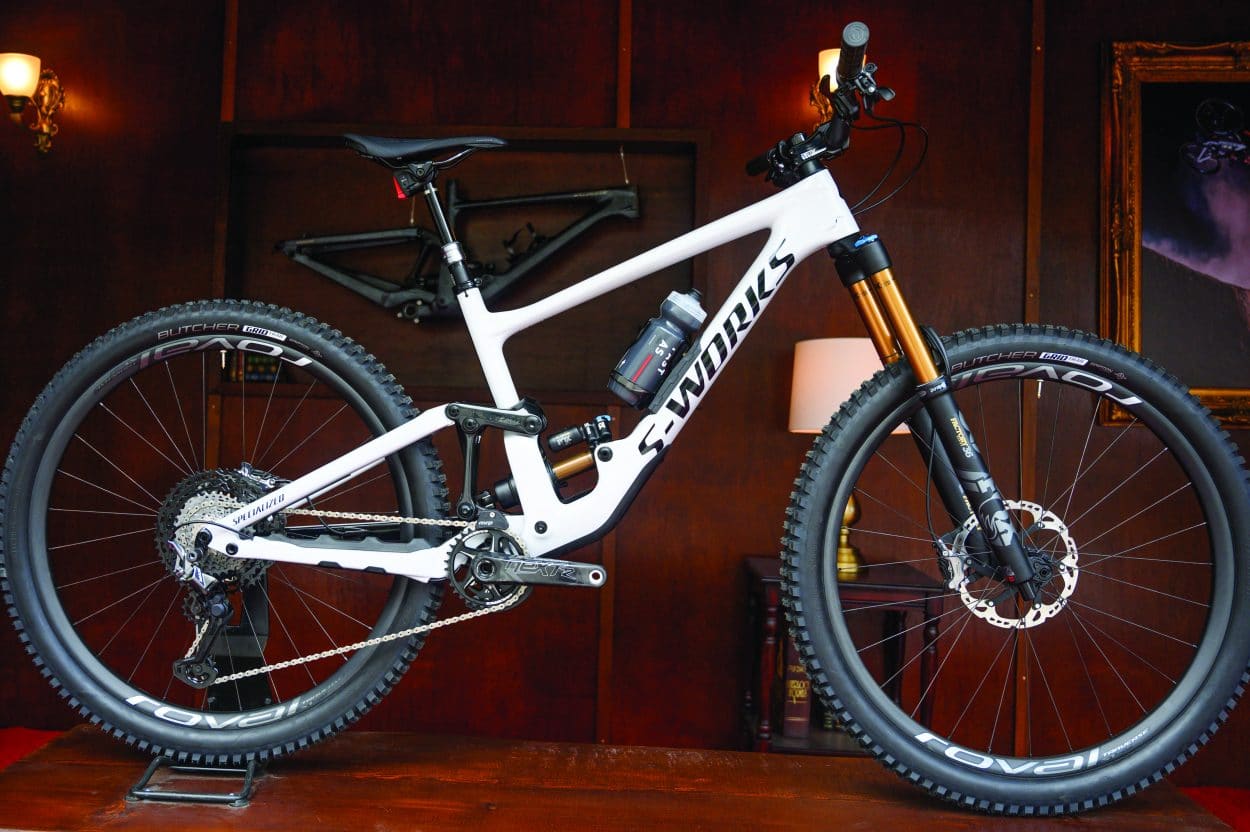 Specialized unveiled the completely revamped Enduro at Crankworx. The 29er boasts 170mm of travel front and rear. The $9750 all-carbon S-Works version is claimed to weigh 32 pounds. The Comp build is the least expensive option at $4510, but only the S-Works and Expert models are currently available. The Enduro’s sizing is based more on reach than traditional measurements, with options ranging from S2–S5. 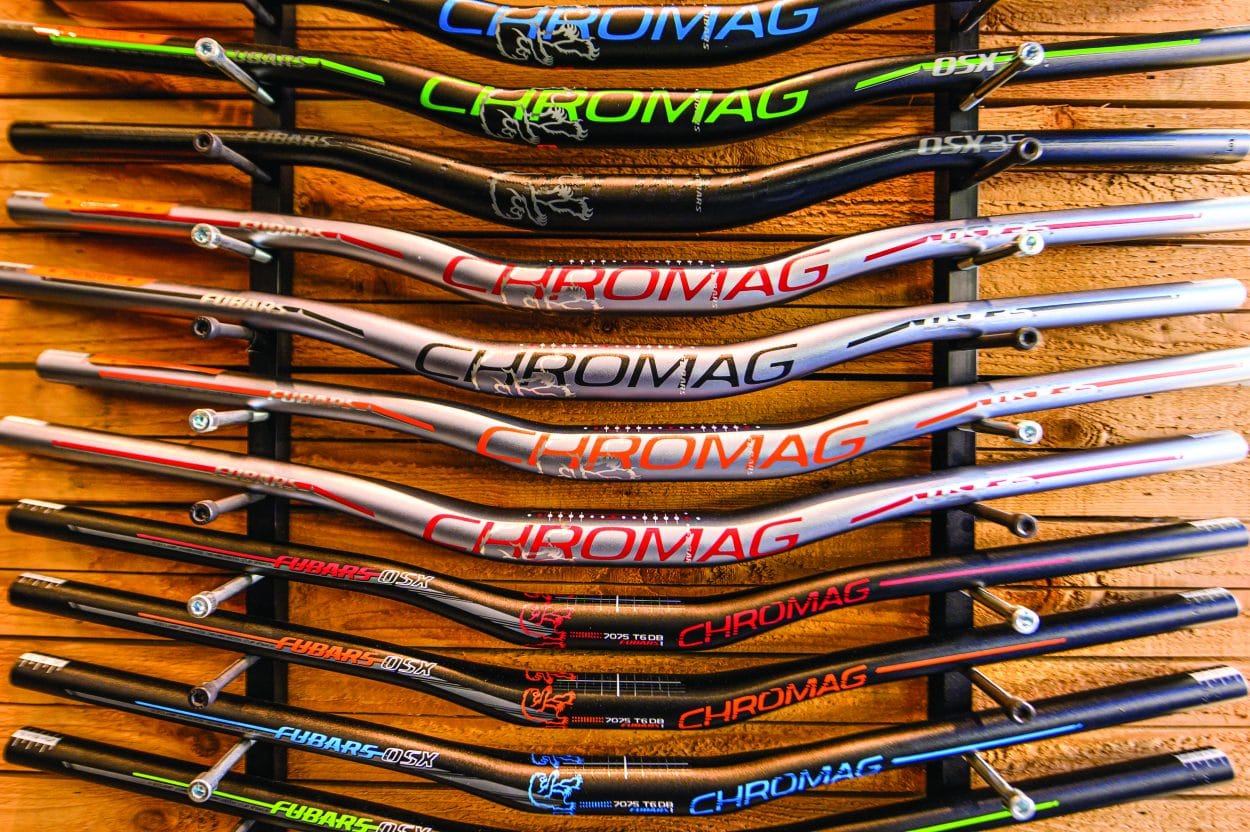 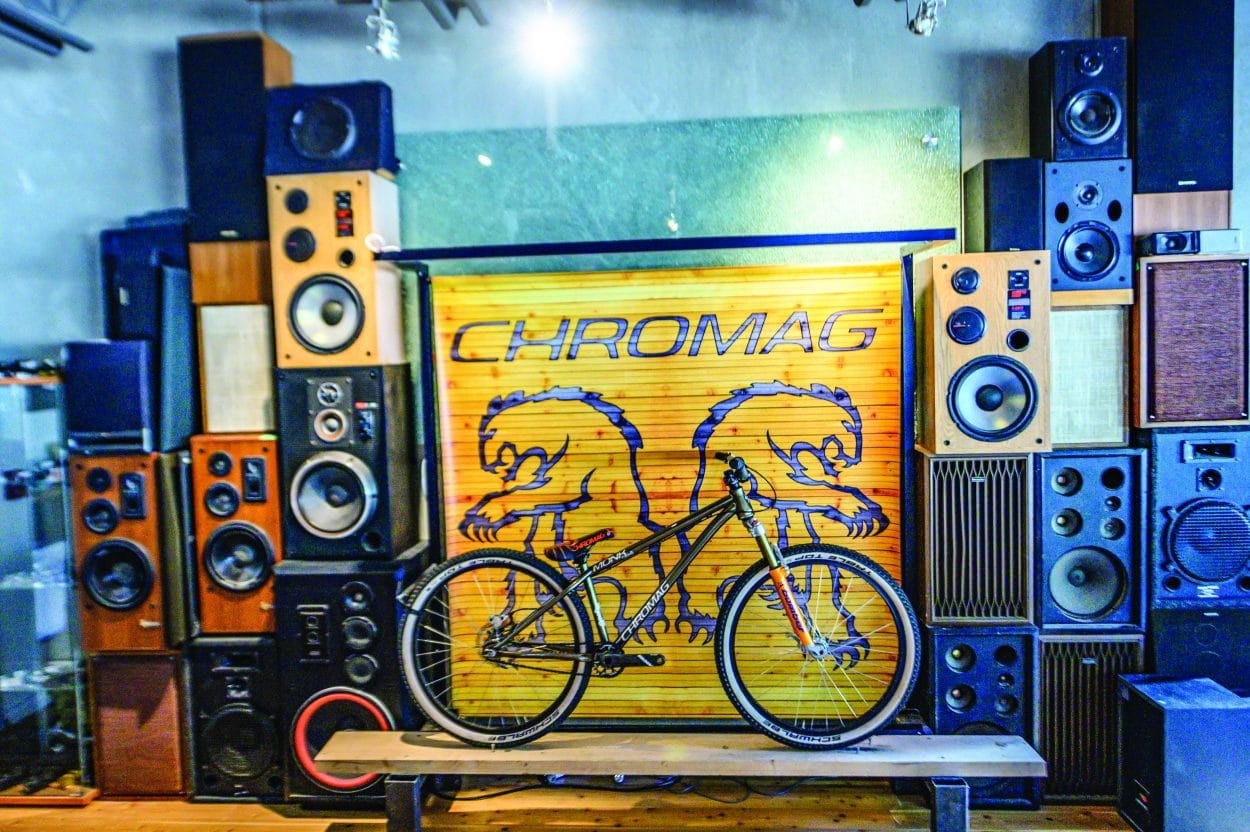 Just down the road from Whistler Village is Chromag, who makes hardtails, hard goods and a growing array of soft goods. The small company opted for an open-house policy during Crankworx rather than setting up a booth in the Village, and it was worth swinging by to see them. There were a few new things that still can’t be talked about, but what really caught our attention was a tribute bike dedicated to Chris “Monk Dawg” Vasquez, the iconic race-circuit mechanic who had wrenched for riders like Missy Giove and Aaron Gwin, just to name a few. Chromag happens to make a Monk dirt-jumper model, and one of its employees, Ben Arnott, put the bike together as a memorial for his former coworker and friend. Like Monk Dawg himself, it’s an eclectic mix of old- and new-school parts, the highlights being a Marzocchi Bomber from the ’90s and a custom black chrome paint job that looks much better in person. The bike is on display at Chromag HQ indefinitely, so if you find yourself in Whistler, swing by and take a look at it. 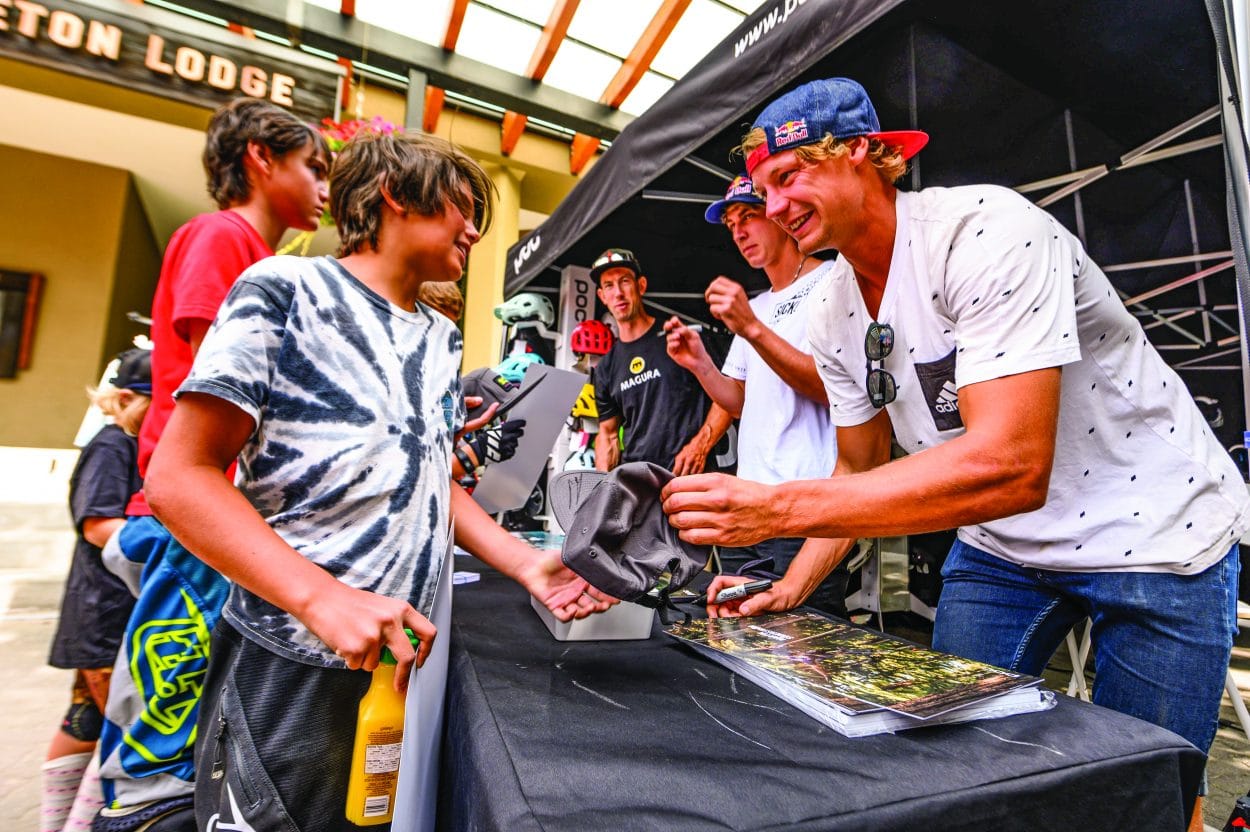 Top pro riders, such as Martin Soderstrom in the photo above, were easily approachable all week at Crankworx. If not doing organized autographing sessions like this one at POC, many were seen interacting with their fans throughout Whistler Village. 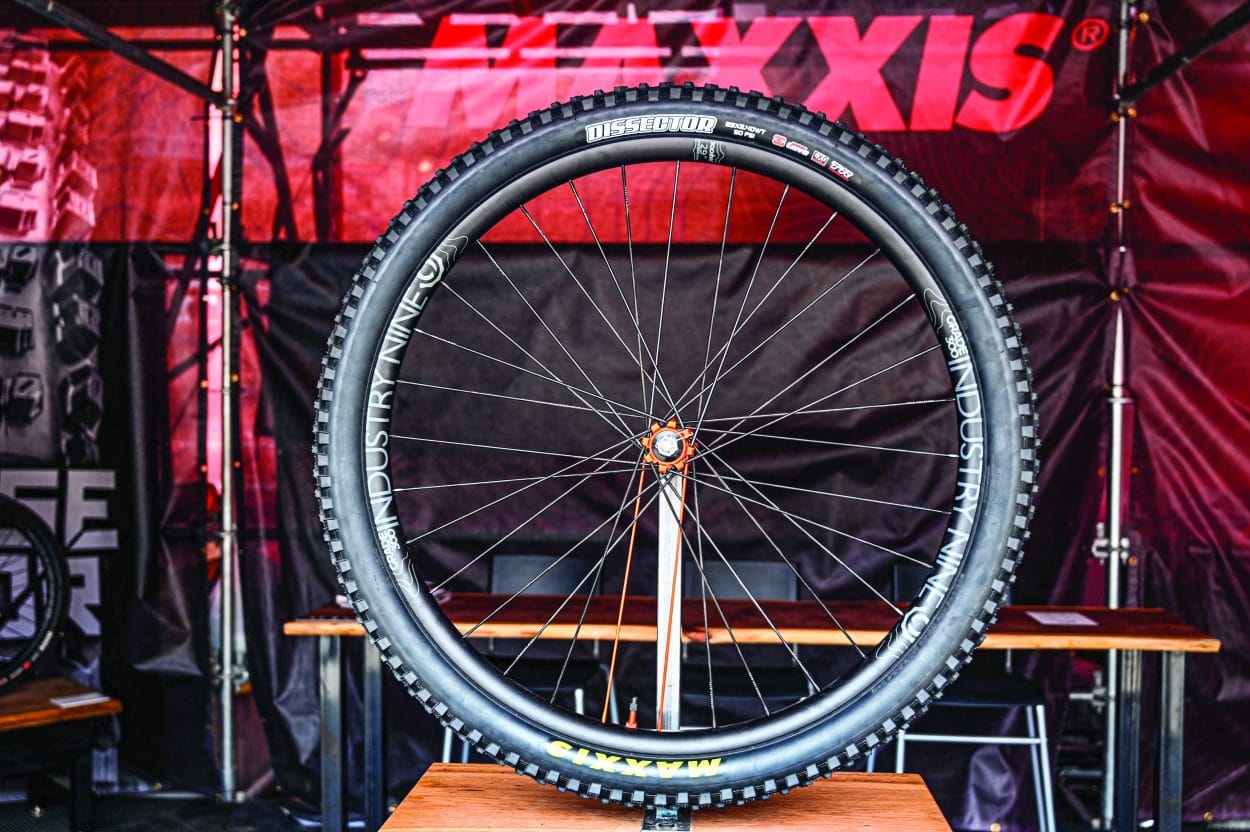 The Dissector was introduced at Crankworx, which seemed appropriate for the tire’s intended use. It is a fast-rolling, gravity-based tire specific to dry conditions, so it was just about perfect for the trails in Whistler Park that hadn’t seen rain in a while. It’s currently offered in a 2.4-inch width for both 27.5- and 29-inch tires, and casing options are Downhill TR and EXO TR. Compound availability currently stands at 3C MaxxTerra and 3C MaxxGrip, and pricing is said to be on par with current Maxxis models. 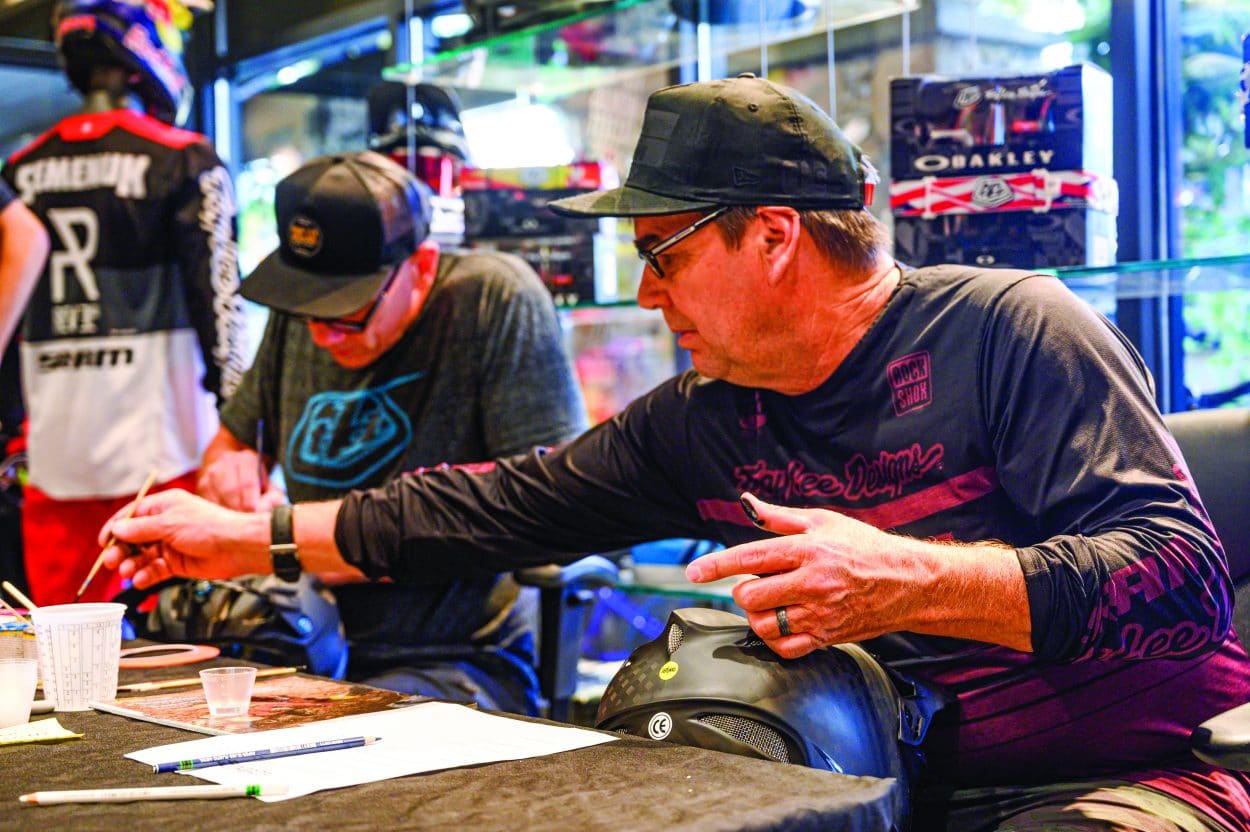 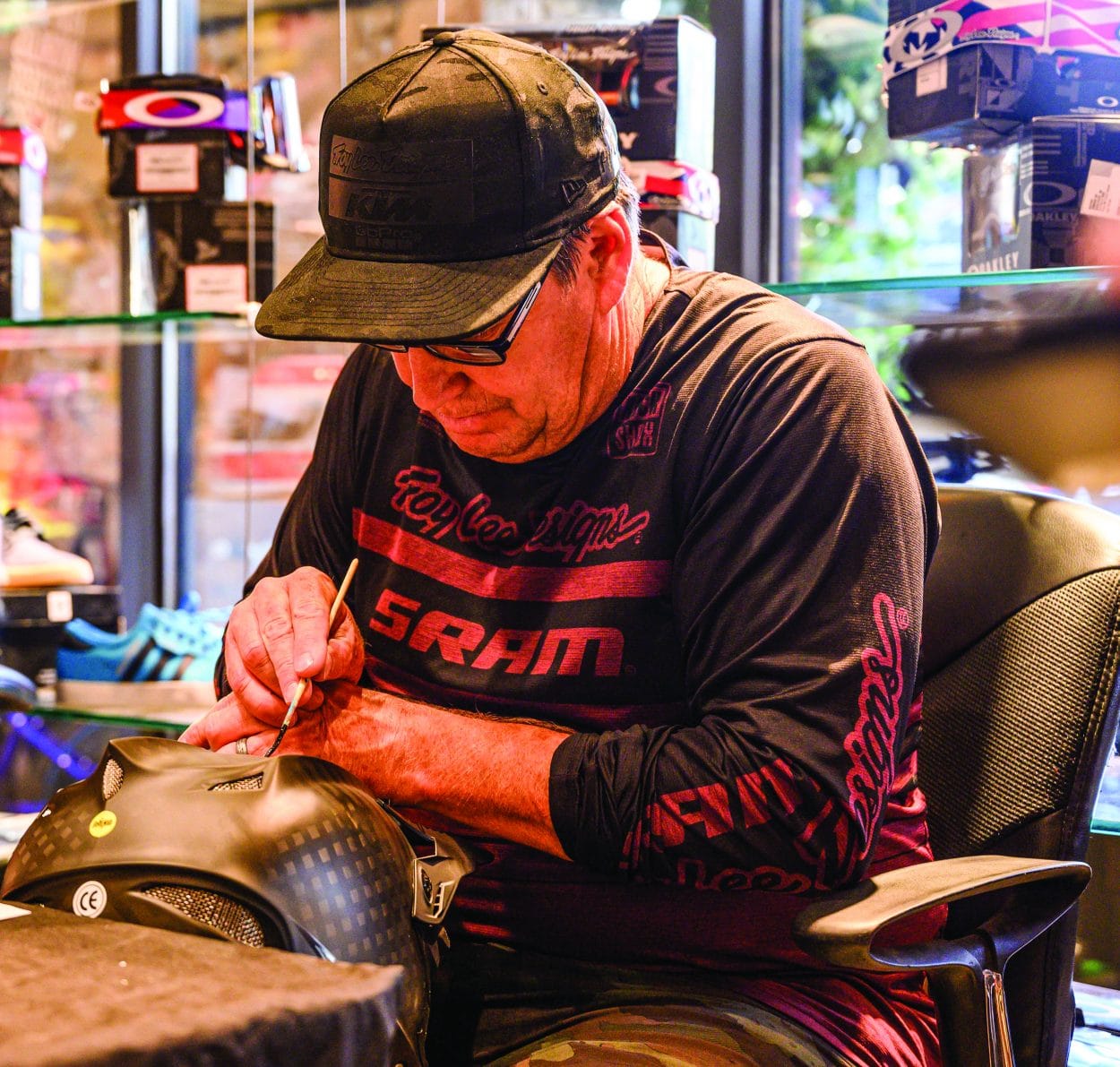 Troy Lee himself was at his signature store in Whistler Village doing what started it all—painting helmets. Each morning throughout the long weekend, the first five customers who bought a helmet from the shop also got a free, custom-painted look added to their new lid by Troy Lee. 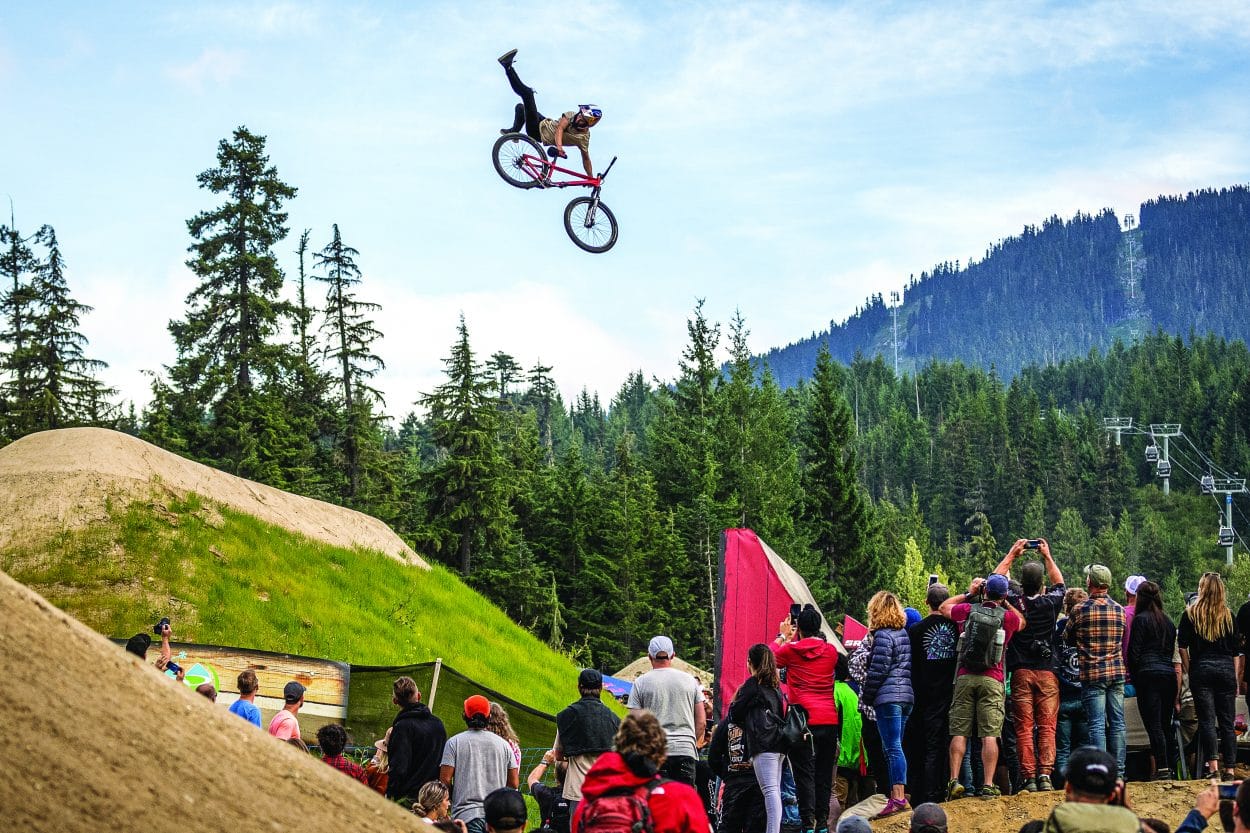 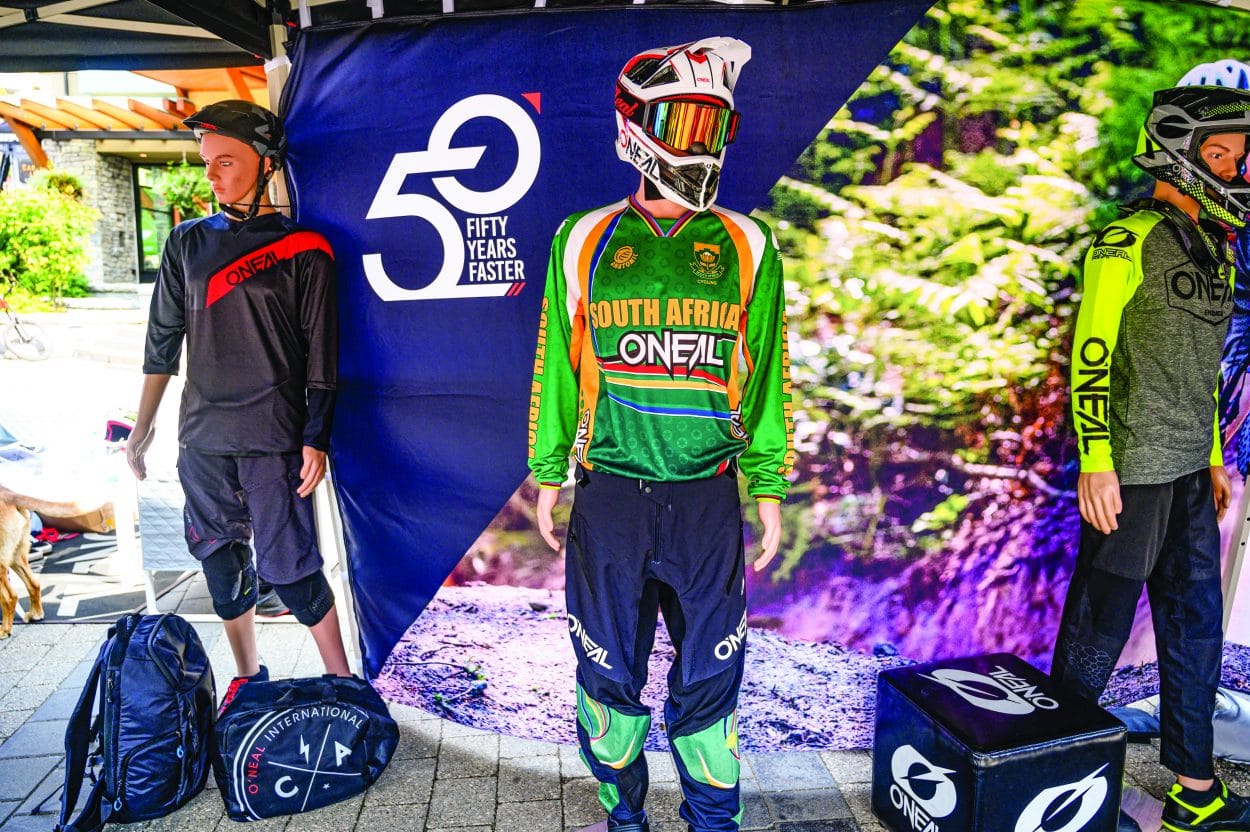 Long-time sponsor of living legend Greg Minnaar, O’Neal had the South African rider’s 2019 World Championship kit. The kit was only for him and won’t be available to the public, but it was cool to see, regardless. 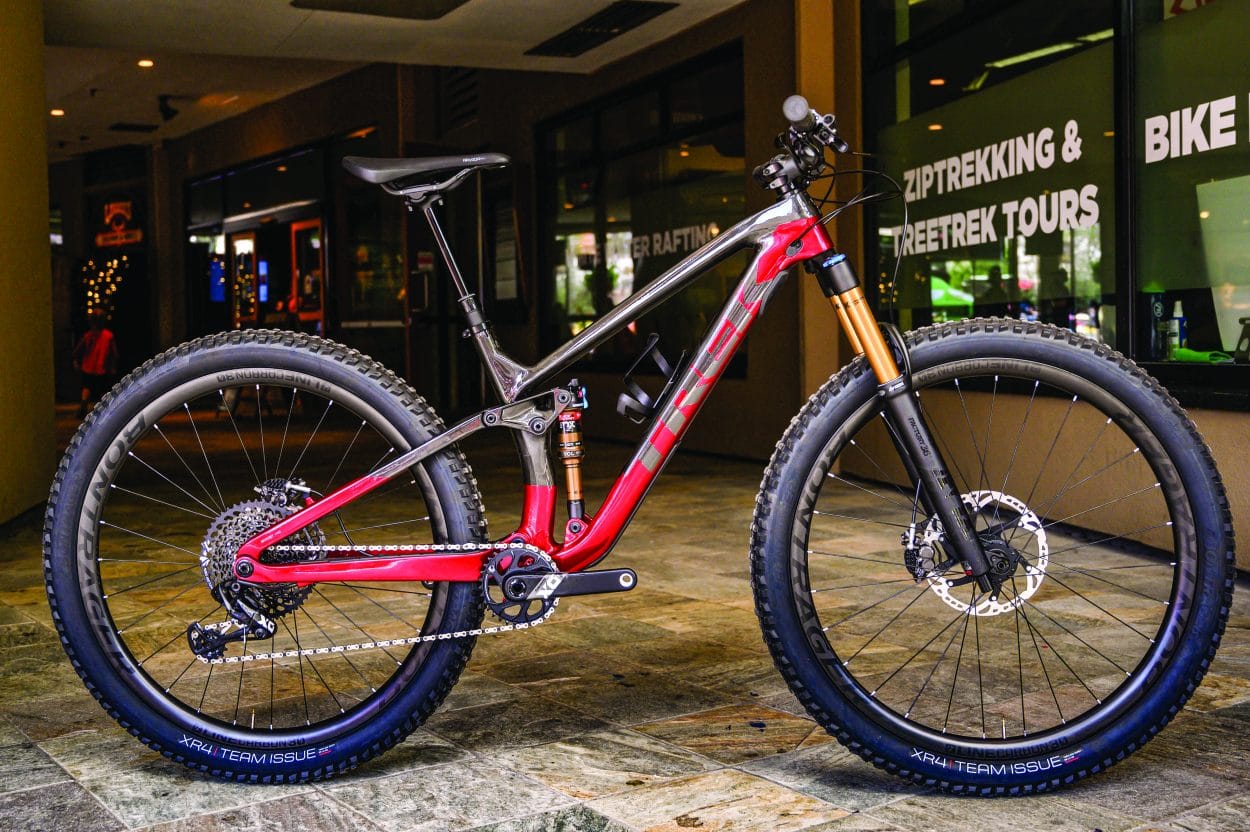 The new Fuel EX was released during Crankworx, too. The 130mm-travel 29er has plenty of updates, but the most notable feature is what Trek is calling BITS (Bontrager Integrated Tool Storage). Similar to Specialized’s SWAT storage in its downtubes, Trek now has basically the same thing. Will this be a trend we see from other brands in the near future? 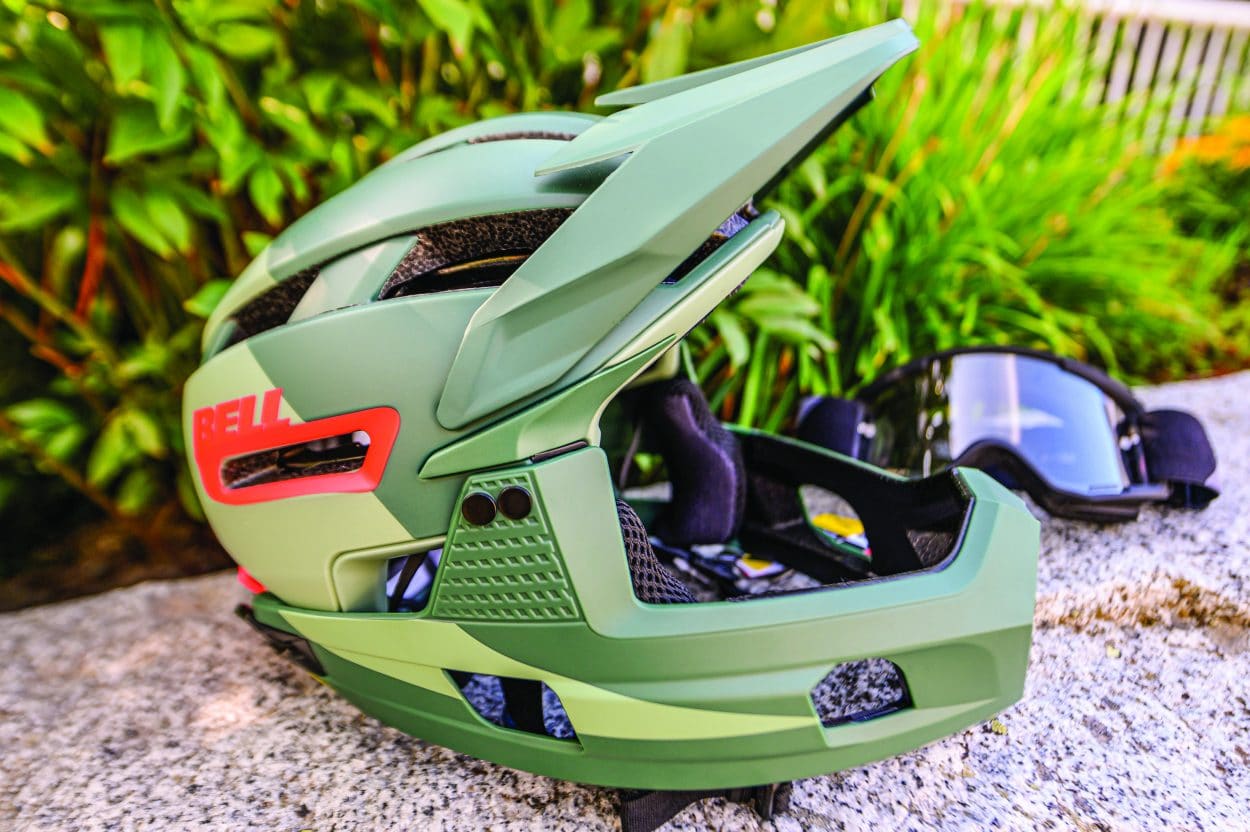 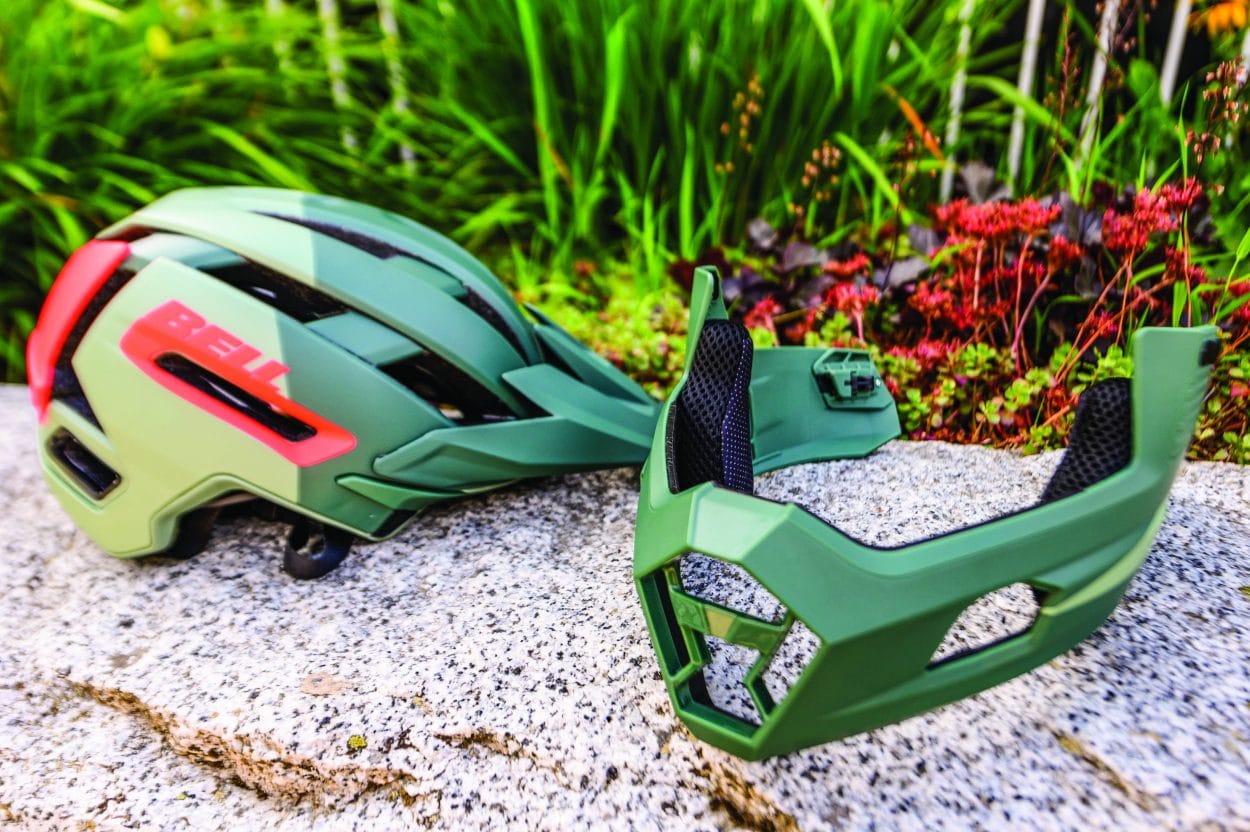 Though not on display at Crankworx, Bell gave the media a sneak peek at its new Super Air R. A lighter, more trail-friendly version of the Super DH, the new helmet isn’t certified to the same level, but it is a trade-off for riders who prefer a lighter option. The removable chin bar uses two buckles to attach to the main helmet instead of three like the Super DH. And when the chin bar is removed, the Super Air R is a much less bulky-looking half-shell. Specifics like pricing, availability and sizing are still to be determined. 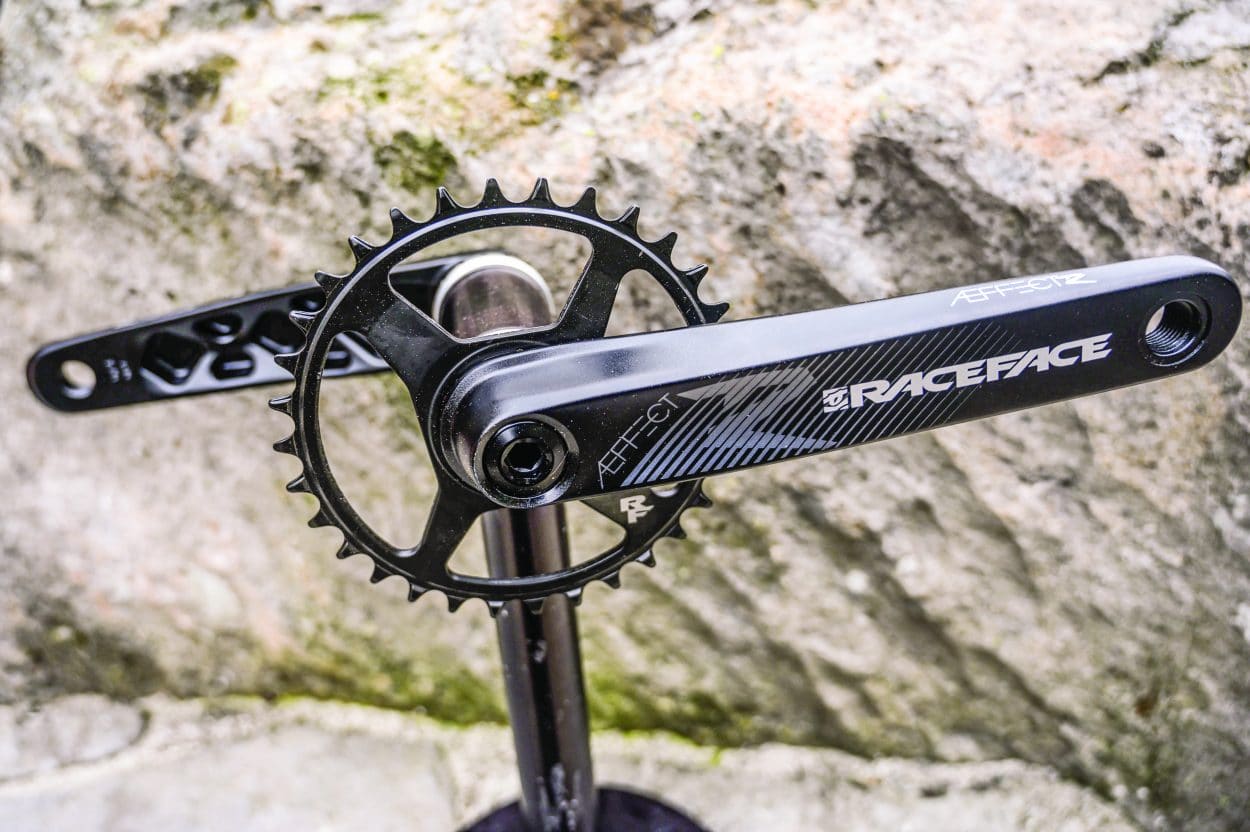 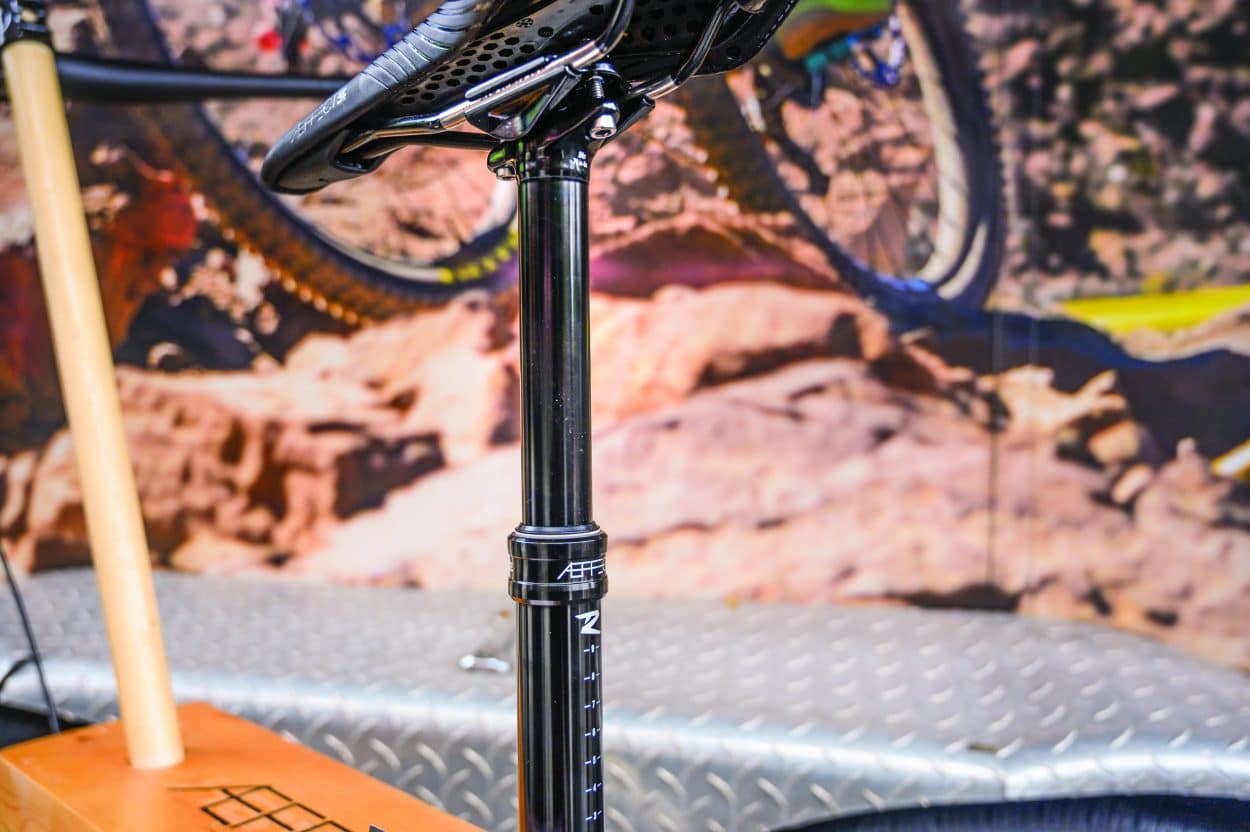 Race Face introduced a new Aeffect dropper post with completely new internals from the Turbine. For $200 (not including the remote), the cable-actuated post is available in 30.9 and 31.6mm diameters and a drop range of 100 to 170mm. It’s compatible with essentially any cable-actuated dropper lever, and a matching lever will run for $40.

A fresh set of Aeffect cranks were also on display, and shortlegged riders will be happy to hear there’s a 165mm option. Said to be a mid-level all-mountain or enduro crank, the forged 7075 aluminum crank retails for $130, comes in 170 and 175mm lengths, and weighs 632 grams without the bottom bracket.

Watch: Maxxis “Rubber Side Down” With Mark Scott

The Sea Otter Classic Is Coming Back to California in October