Inside the Mountain Bike Hall Of Fame 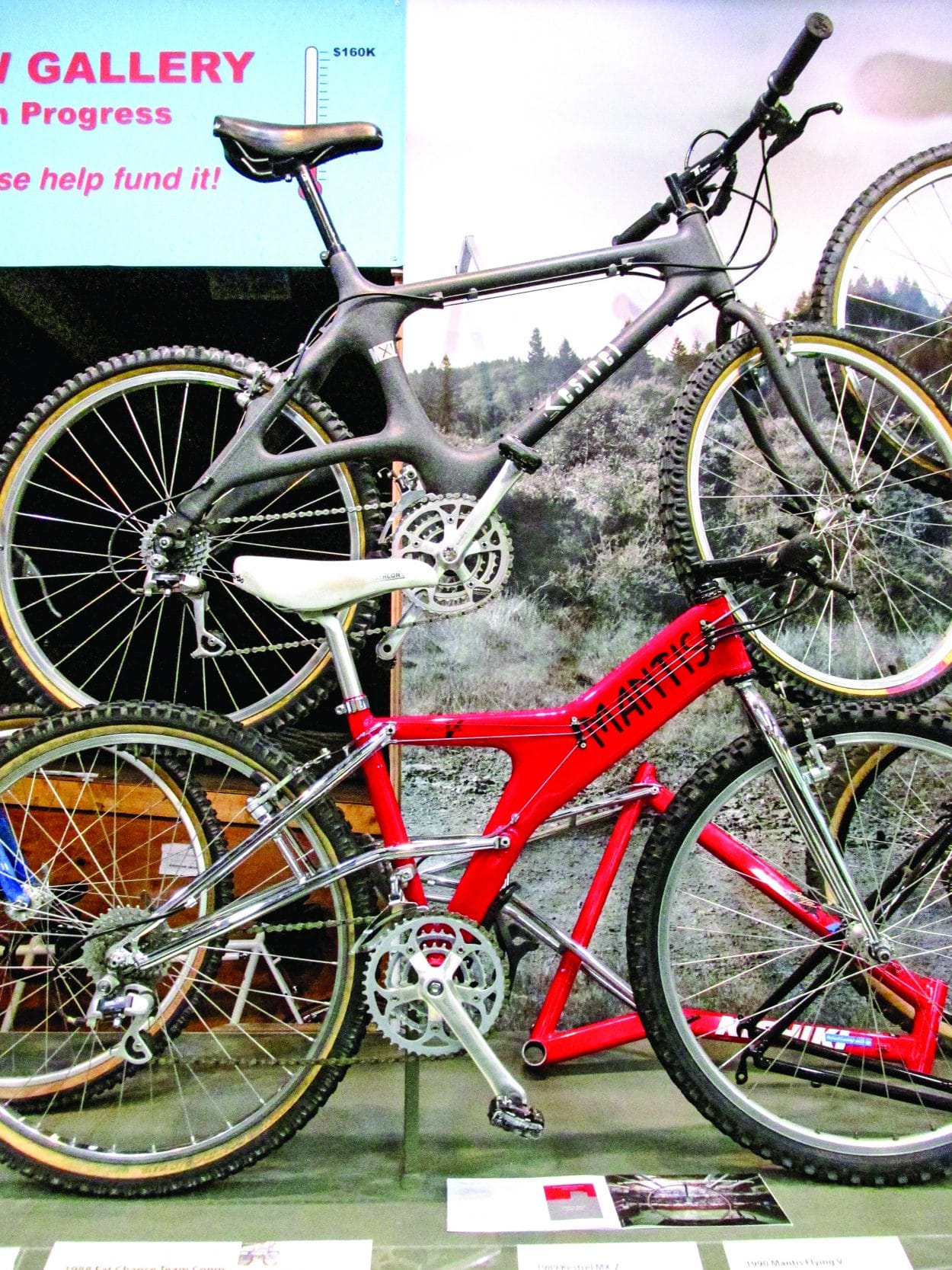 Two of the more progressive bikes inside the museum are the pioneer carbon Kestrel (top) and the Mantis Flying-V designed by Richard Cunningham. Both were built with elevated chainstays which were innovative for the time. 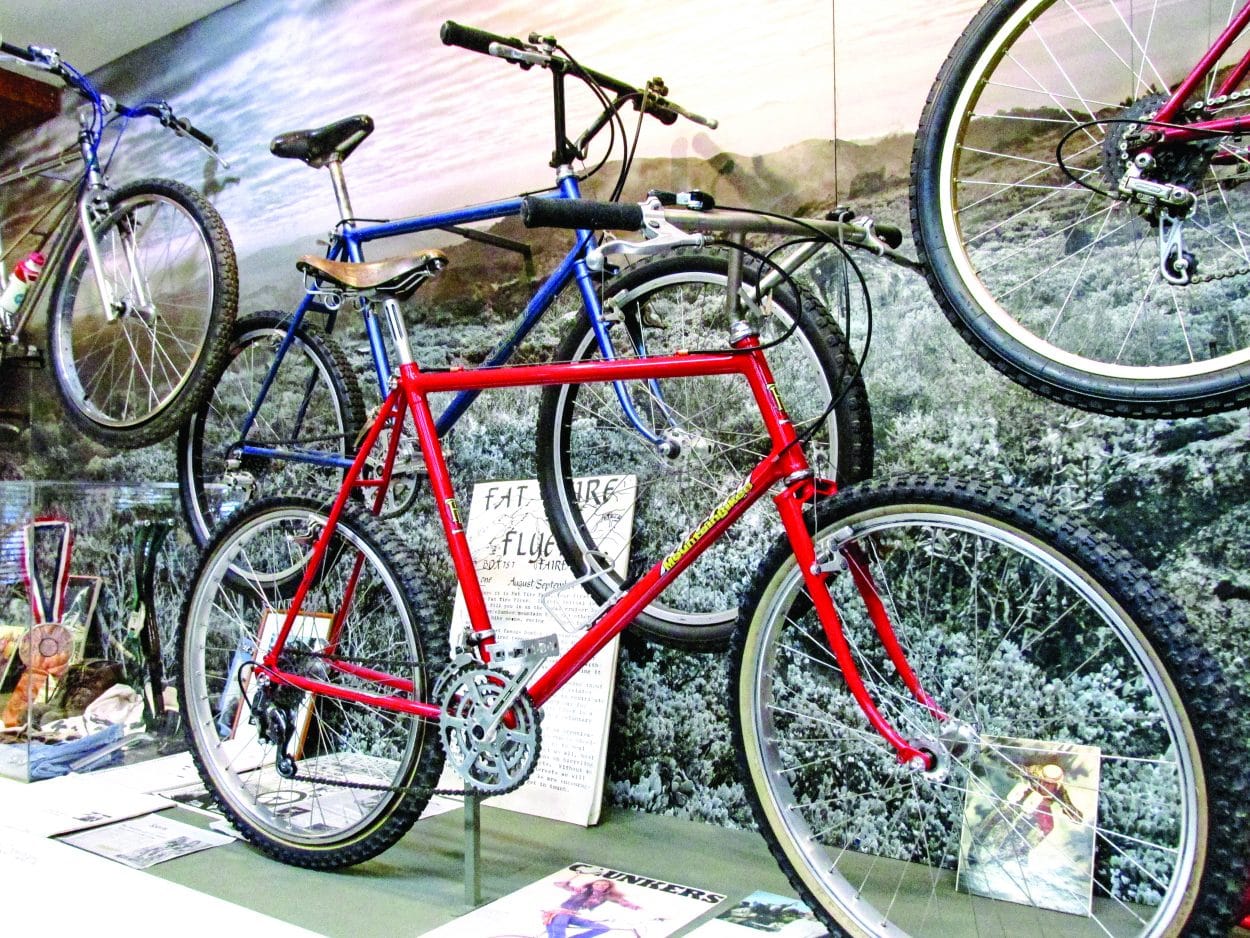 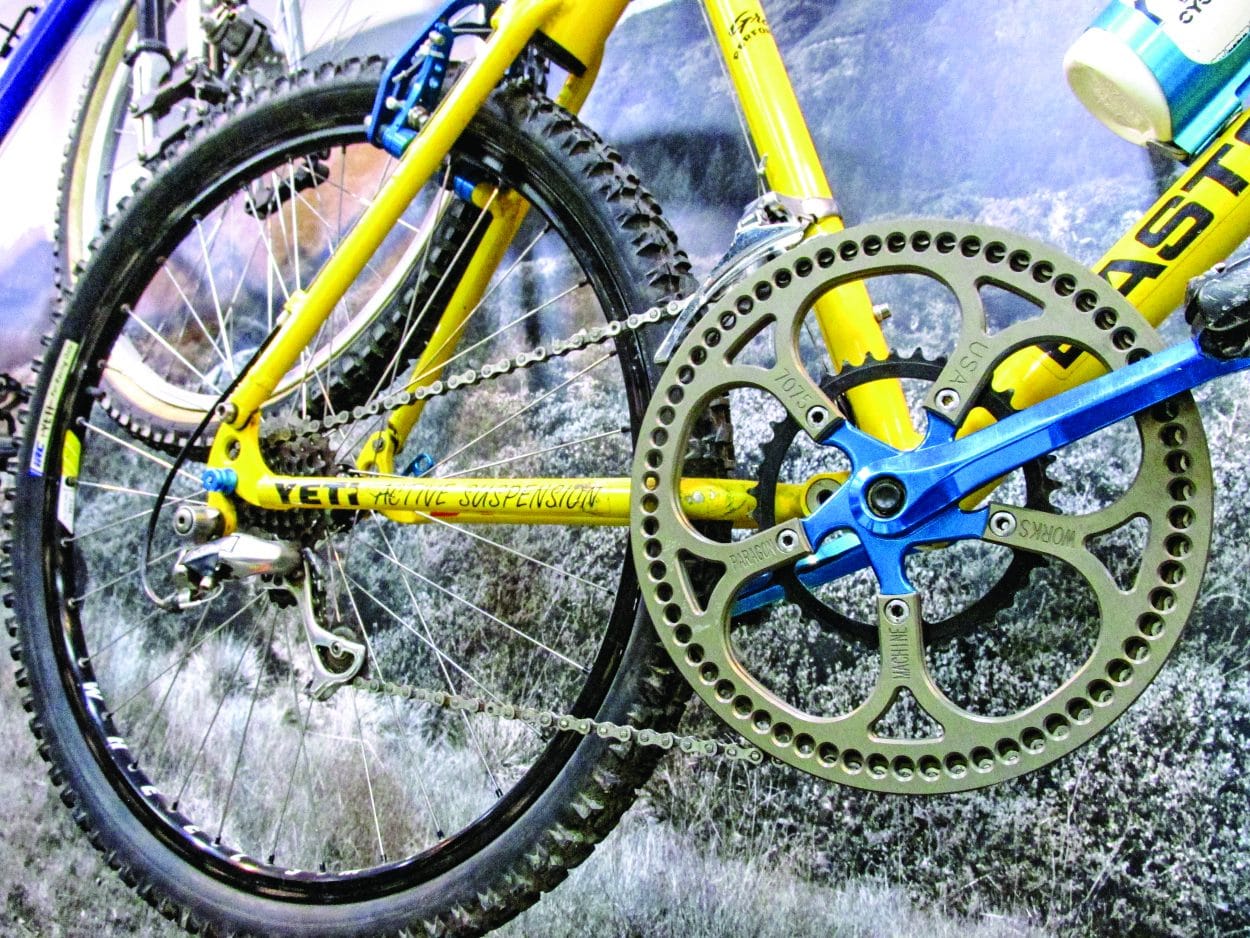 Speaking of big rings, this was the massive Paragon Machine Works 66-tooth chainring that Jimmy Deaton used to win the Mammoth Mountain Kamikaze in 1992. 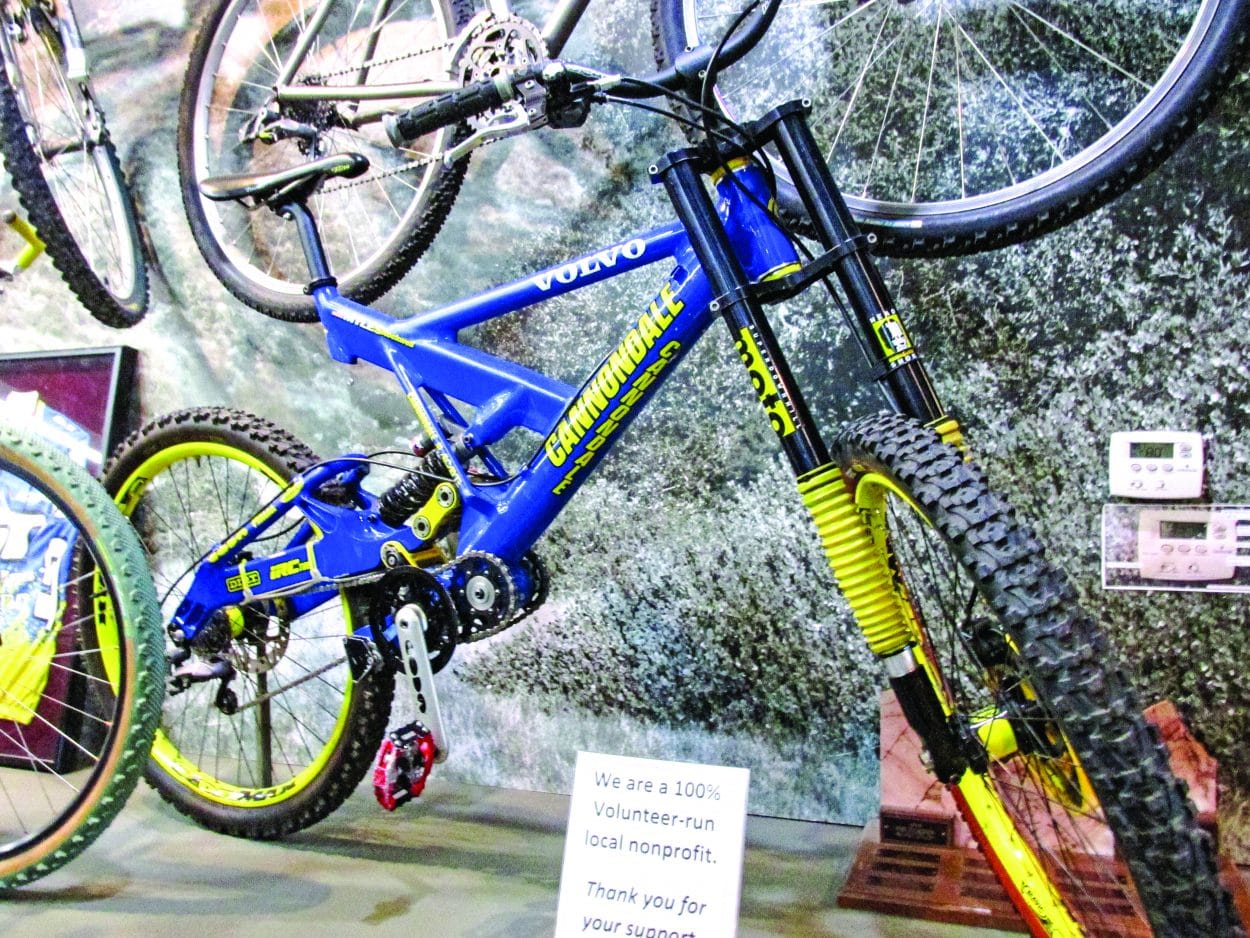 Following his stint with Yeti Cycles and before he rode for Giant, Myles Rockwell spent a few years on the Volvo Cannondale squad and helped develop the radical Fulcrum DH bike with a jackshaft drivetrain. The bike never saw production. 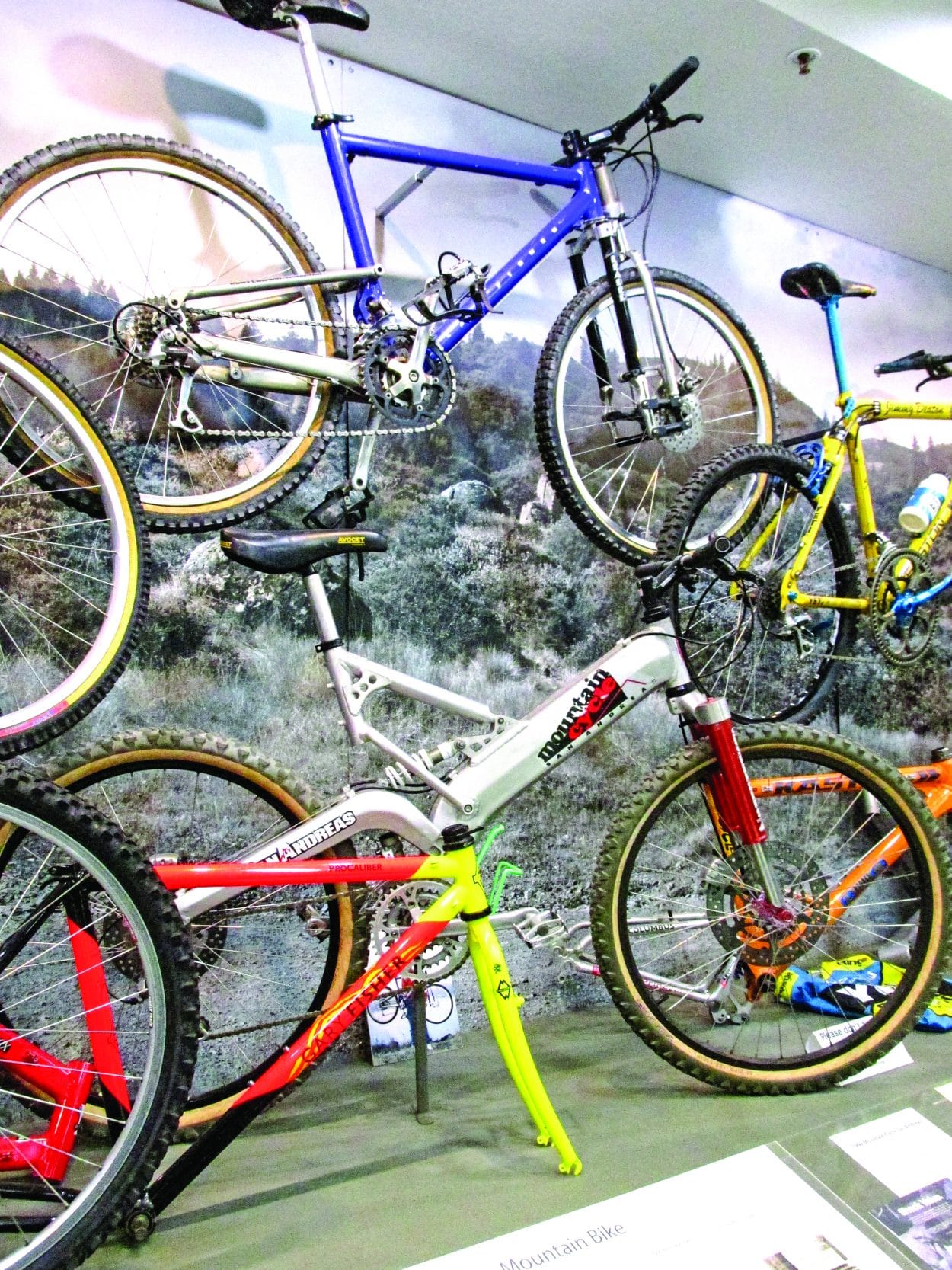 With its Mert Lawwill-designed rear end and RockShox fork, Gary Fisher’s RS-1 (top) was the most advanced full-suspension bike in the world when he showed up to race it at the 1990 World Championships in Durango, Colardo. A few years later, Robert Reisinger (who developed 6D helmets) rolled out the wild Mountain Cycles San Andreas with his own inverted fork with cable-pull ProStop disc brakes. 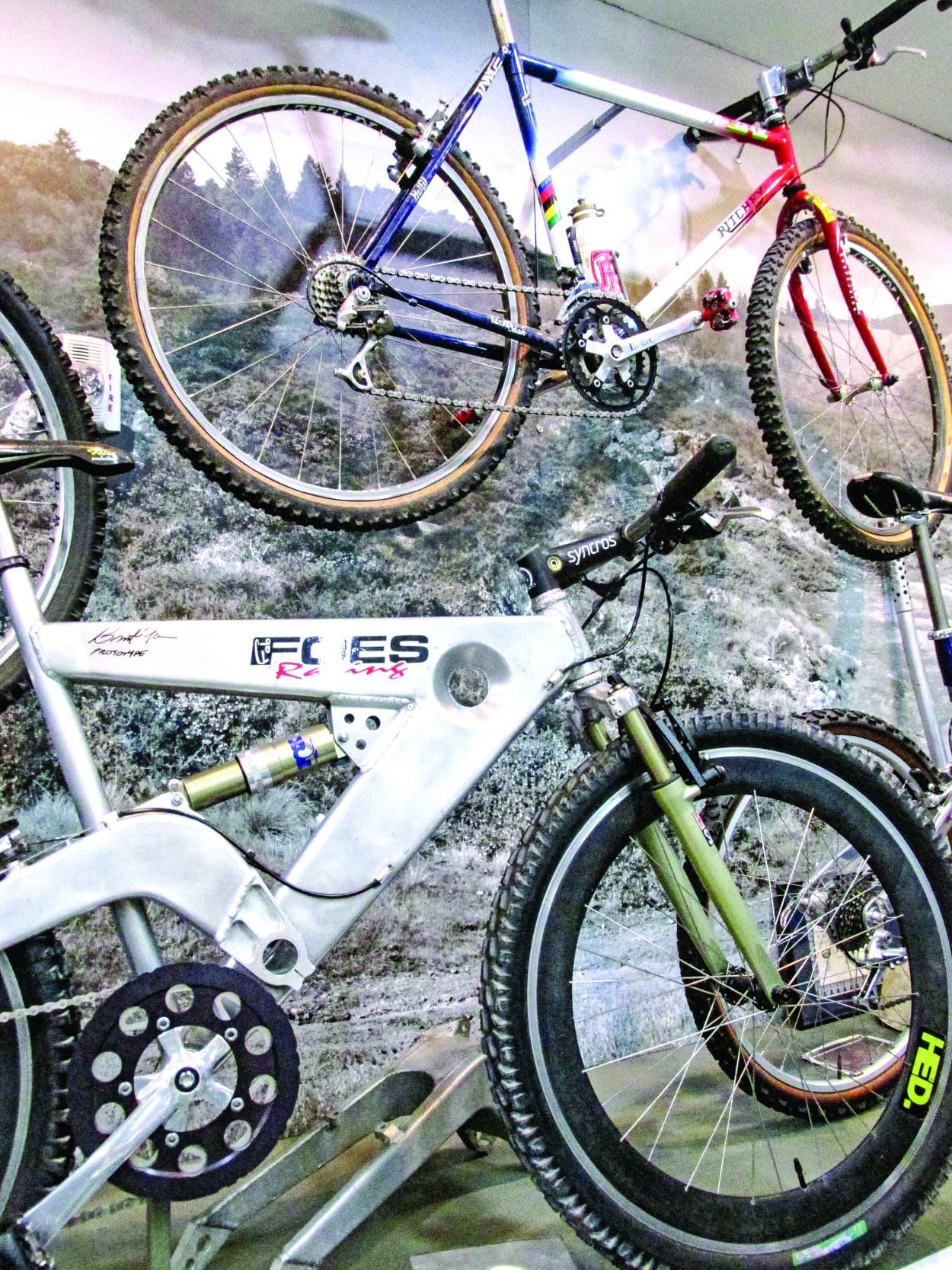 Proving fertile ground for visionary suspension bikes, Brent Foes was developing his own version of a downhill bike with this aluminum prototype. The short-travel RockShox fork seems out of place with the massive big ring. 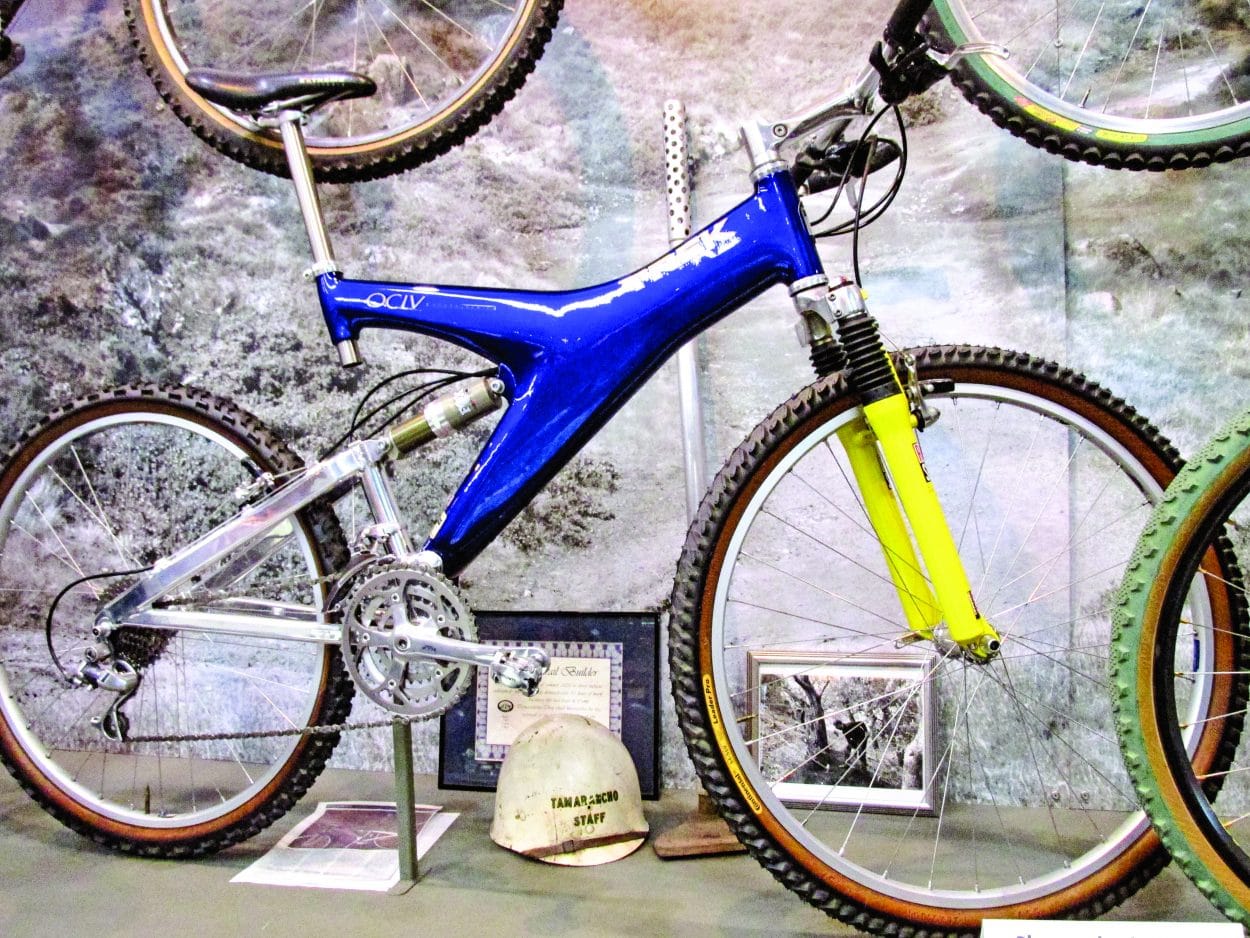 Following their ill-fated entry into the full-suspension market with the frighteningly bad 8000, Trek rocked the world with the famous Y-Bike in 1993 that used an OCLV carbon fiber front triangle. 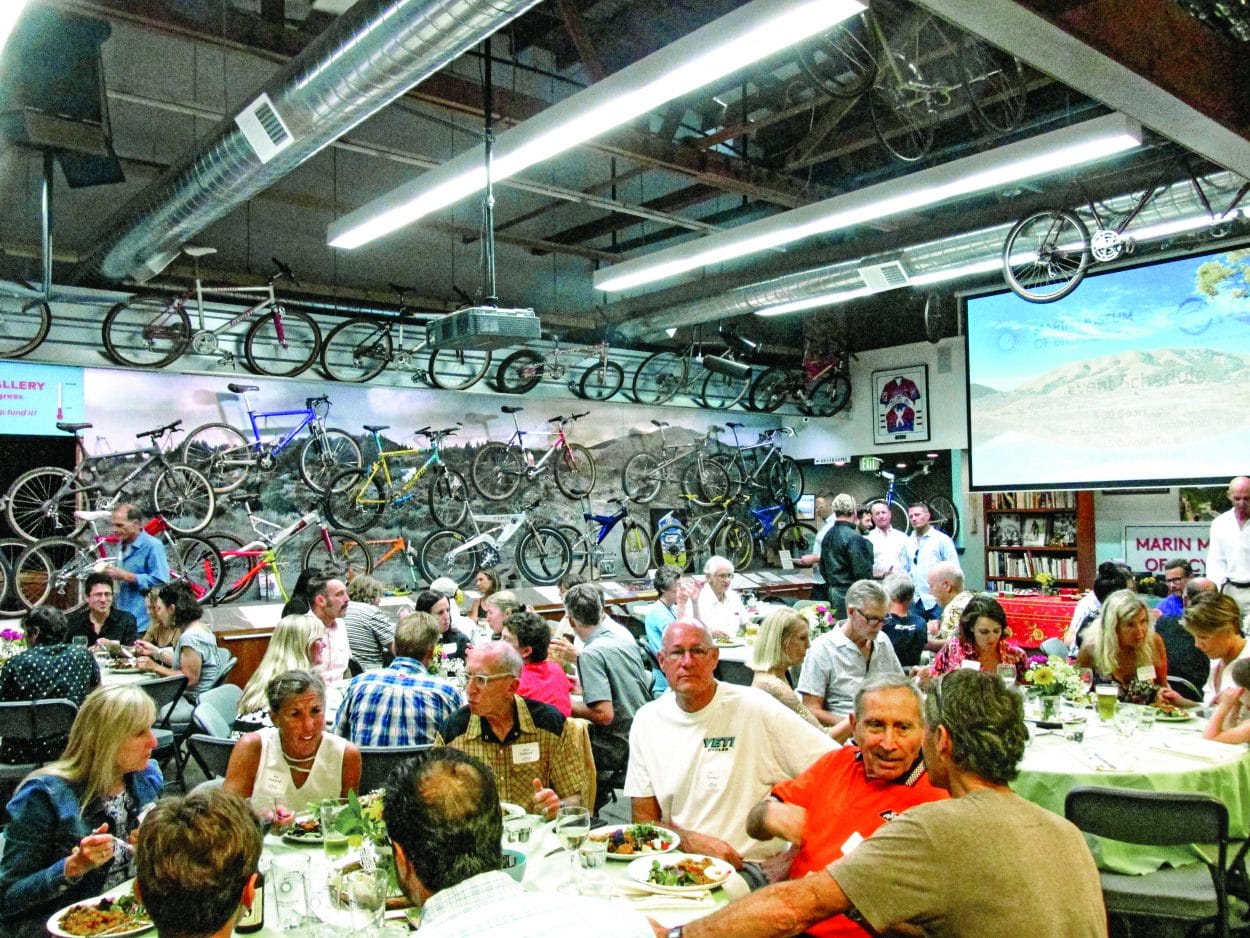 Both the museum and the annual Mountain Bike Hall of Fame induction dinner is open to the public and worthy of a visit. 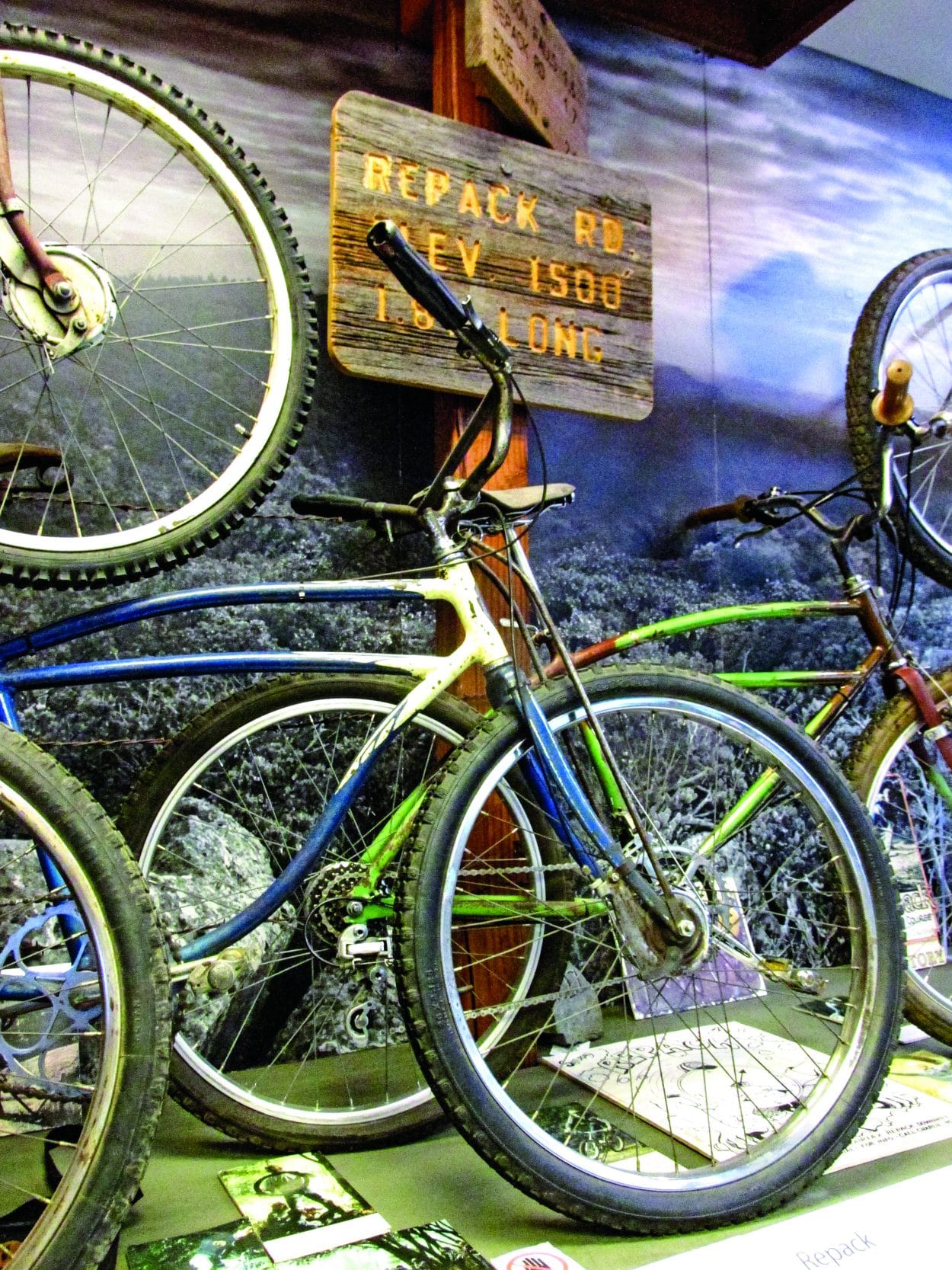 Crowded in among all the modern bikes, there are also a few examples of the original klunkers that the Marin pioneers used to race down nearby Mt. Tamalpais in the late ’70s.