Ever since his handcrafted aluminum mountain bikes first burst onto the scene back in 1993, Jeff Steber has always been ahead of the curve. Although his initial designs were more cross-country oriented, by 1995 his long-travel, monocoque frames were altering the downhill racing landscape with a level of head-turning design and performance.

In the nearly three decades since, Steber’s designs have gone on to win numerous national and world championship titles. Eventually, like the rest of the bicycle industry, Intense too made the jump from aluminum frames to carbon fiber which only seemed to free up Steber’s imagination of what a bike could look like and how it could perform.

And then the e-bike arrived in the shape of his Shimano powered Tazer.

While some people may have been surprised to see Intense roll-out their Tazer e-bike last year, anyone who knows Jeff would not be the least bit surprised. On  a recent visit to the Intense HQ we saw some prototype bikes built for Intense factory rider  Aaron Gwin alongside a row of Tazer e-bikes getting ready to be shipped-out. In short, there is still a lot of pedal activity going on at Intense.

“I was really excited to see all this energy going into e-mobility,” said Steber as he stood over a production Tazer e-bike and his radical, homemade KTM e-moto commuter bike while giving us a tour of the Intense factory in Temecula, California.

“Just thinking about the opportunity that electric bikes provided for thinking about new categories of riders, and for me personally, new design parameters was great. The fun factor of riding bikes has always motivated me and with e-bikes in general there was the chance to learn about so much new technology.

“I’ve always been a more hands-on kind of guy and getting dirty by tearing things apart and putting them back together provides me with the best kind of learning experience. Doing a ground-up build is really what gives you the best opportunity to learn how things work,” and he reminds us, “learning is the heart and soul of how and why I do things.”

That would probably best explain how his one-off KTM e-moto commuter came to be. Although Jeff does have close connections with the Austrian motorcycle brand (their American headquarters are located minutes from Intense), his e-moto bike was a project bike cobbled together with a selection of both hand-crafted and salvaged parts from a KTM Duke street bike and the rarely seen Freeride e-moto bike.

IN THE DAYS TO COME

When asked about how it came to pass that a brand with such a historical legacy for their non-assist bikes came to jump into the pedal-assist market, Jeff made it all sound so obvious.

“We heard the same thing from our European dealers that some other American brands did which was that if they were going to import and sell our bikes we needed to be offer a full line of bikes. And with Europe being ahead of America in terms of accepting e-bikes, a full-line to them meant was had to have an e-bike.

“Once we started testing our e-bike prototypes I realized just how much fun they were. I mean, I’ve been riding bikes my whole life, but the e-bike let me rediscover the sport in a lot of ways with some very youthful-like experiences that I might not pursue on a pedal bike. Just by allowing me to do longer rides is such a big deal.

“I know there are mountain bikers who don’t like e-bikes, but they are here to stay. I think the e-bike’s impact on the bike industry will be just like what the mountain bike did to the bike industry back in the early 90s. When you think about how everything electric is being embraced these days, especially by the kids, it seems clear to me that there’s a big future in battery operated technology.

“When it comes to e-bike technology specifically, there are three main components: the battery, controller and motor and of them all the battery is still the hardest part of the formula to figure out. I mean, there are people’s houses that have gone up in flames thanks to battery technology gone wrong!

“Intense has always had a close connection to the moto and racing world. I think that’s especially obvious in the styling of everything we do. Right now, finding the right design and tech balance between pedal, e-bikes and e-moto is my biggest challenge. The thing I like is how electricity brings a faster, further mindset…you could say I’m pretty electrified these days! 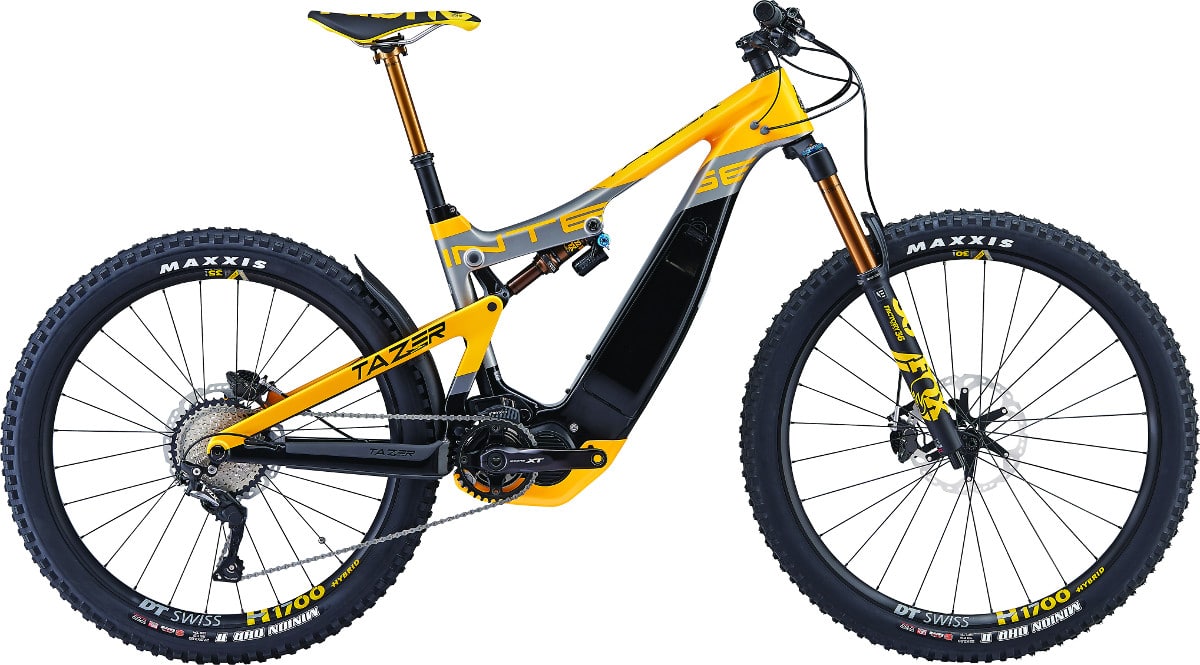