When America’s Kate Courtney won the Elite Women’s XCO title at the UCI Mountain Bike World Championships last September, it was the first time since 2001 that an American had won the UCI World Championship at the Elite level. Now, starting out the new racing season, Kate has won the first two World Cup races this year. We reached out to Kate to see what she has to say about the races this year.

MBA: Congratulations on winning the first two World Cup races of the year! How does it feel to start the year as the reigning UCI world champion and then score two World Cup wins?

Kate: It was incredibly exciting and very motivating to start the World Cup season with two wins! Both of these races tested me mentally and physically, and I feel really represented the hard work that I’ve been putting in over the past few years. While many see the world champion stripes as added pressure, for me they have been a representation that anything is possible when you stay positive and are willing to persist. Having those stripes to look down at in my early season races has helped me stay focused and believe. 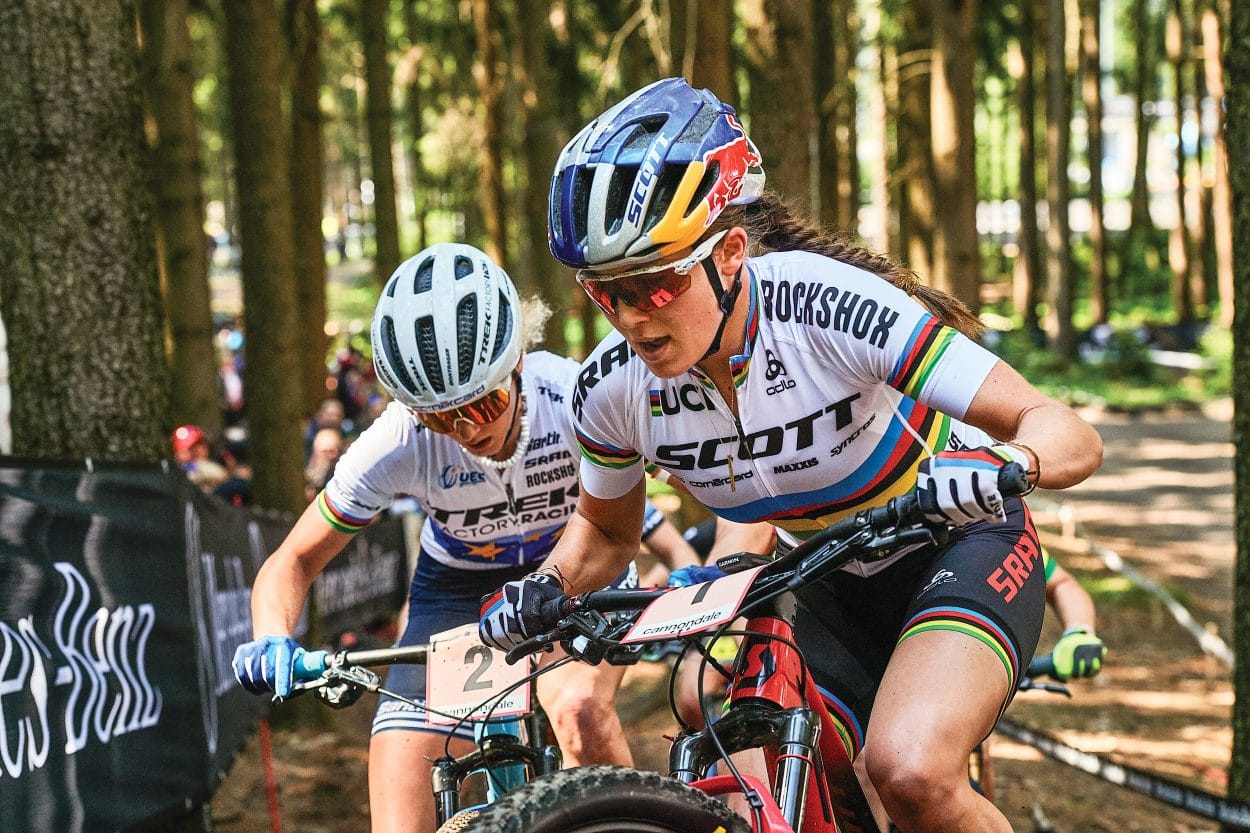 MBA: Your second World Cup win this year was especially impressive, since you got a flat tire and still won the race. How long did you have to ride with the flat before you could get it fixed?

Kate: Flats are definitely a part of the game, and we have tech zones, so wheel changes typically result in a loss of 30 seconds to 2 minutes, depending on how long it takes to get to the tech zone and how fast your mechanic is. Famously, last season Jolanda [Neff] won in La Bresse after two separate stops in the tech zone for punctures.

MBA: You told us a few months ago that you and your team were experimenting with tire inserts that would allow you to keep riding if you got a puncture. Would we be correct in guessing that you had one or more of those inserts in your tires this time? 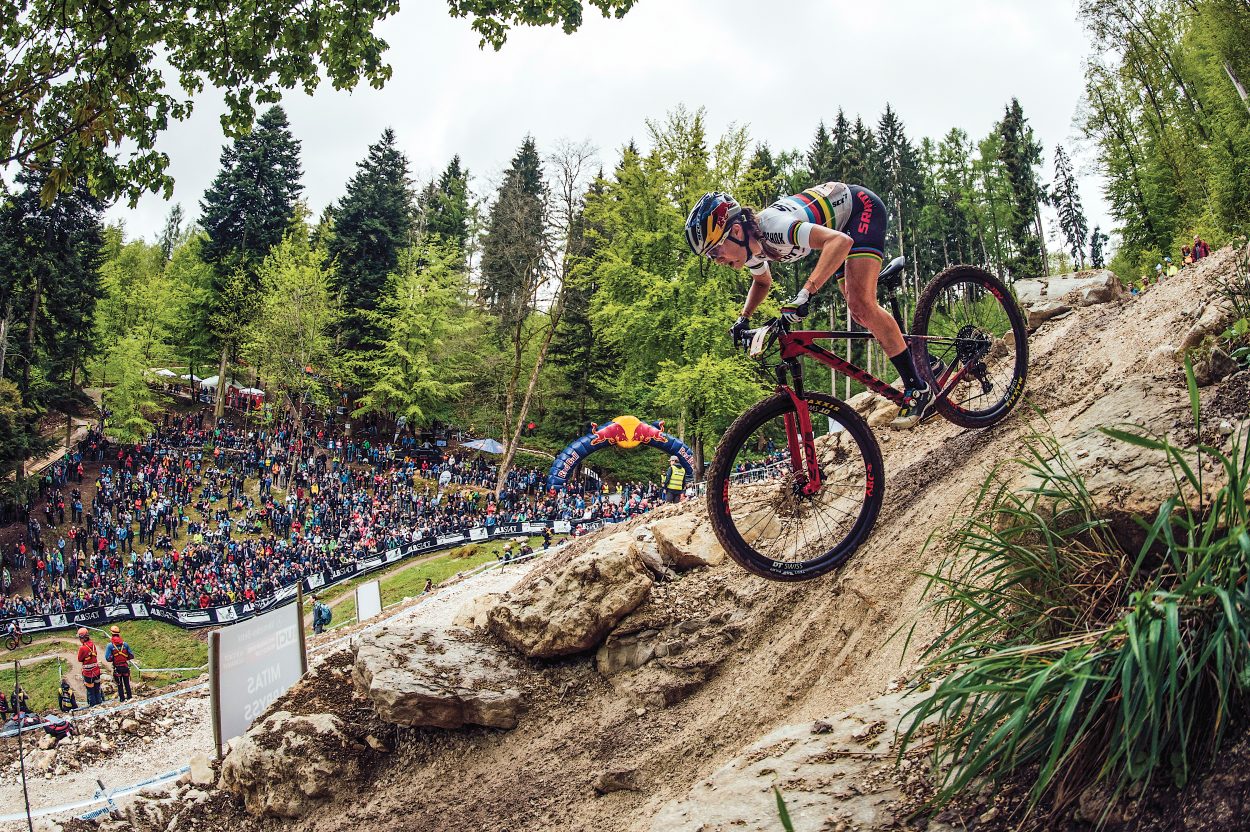 Kate: Yes, I had a tire insert in the rear.

MBA: Can you tell us how you got the flat fixed? Did you need a wheel change or simply a tire plug?

MBA: Did you make the repair or did your tech crew do it for you?

Kate: I was lucky to have Brad in the tech zone, which made the wheel change very quick.

MBA: How much time do you think you lost because of the puncture?

Kate: It’s hard to estimate exact loss of time, but it also isn’t very important. I lost under a minute and actually was able to take full advantage of the short break I had in the tech zone by fueling and hydrating. In the long run, I think this break helped me come back much stronger in the second half of the race.

MBA: Would you be willing to make any predictions about what will happen in the months ahead?

Kate: Nope! But I’m working hard to have a strong second half of the season.

Gone but Never to Be Forgotten