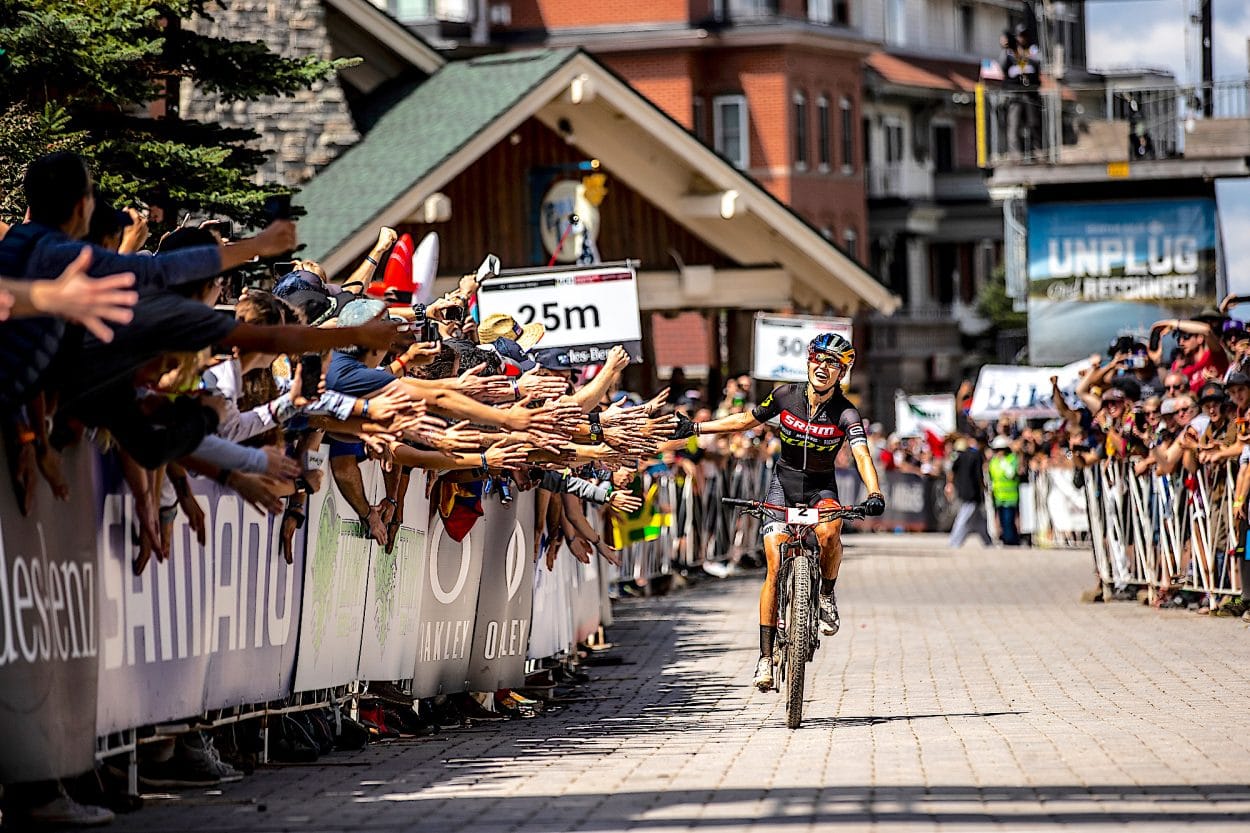 The 2019 World Cup series came down to the final race in Snowshoe, West Virginia, and there were numerous titles on the line in both downhill and cross-country. For American fans, the big battle was for the Elite Women’s Cross-Country Olympic (XCO) title.

After having won three of the first four World Cups this year, Kate had been battling to get the kind of results needed to secure the overall title. It all came down to the final race, where Kate needed to beat points leader Jolanda Neff to win the overall title.

In the end, Kate finished fifth, where Pauline Ferrand-Prevot won, but Kate beat Jolanda Neff by a big-enough margin to win the overall title. It was the first time an American has won the Elite Women’s Cross-Country title since Alison Dunlap did it in 2002. Look for more on Kate’s win in the next issue. Congratulations, Kate!

Watch: Catch Me If You Can With Marine Cabirou