There are so many good bike choices these days. Technology has arrived at a point where most mountain bikes out there can put a smile on a rider’s face; however, like shoes, music and food, everyone has his preference when it comes to what he is looking for in a bike. Knowing which bike to buy can be difficult, whether it’s a first time purchase or a fifth. The determining factor when choosing a bike is the type of riding you want to do. Is a full-suspension trail bike the way to go, or would a new fat bike be a fun alternative to spice things up? 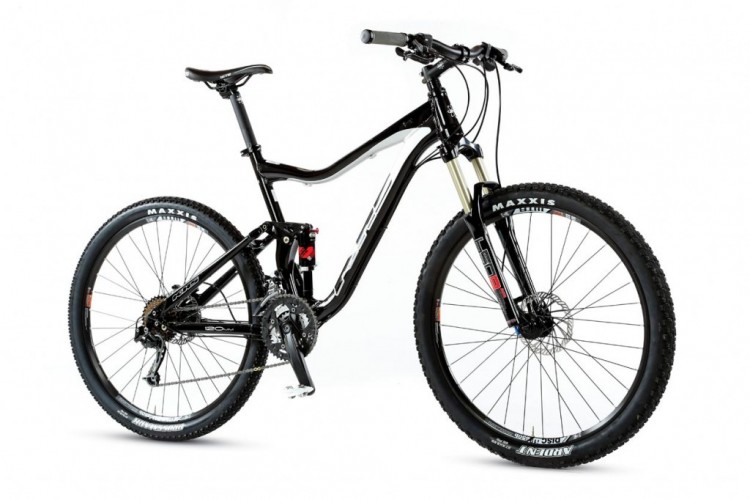 Enter the KHS fat bike vs. the KHS trail bike. The KHS 4 Season 3000 and the SixFifty 250 both cost right around $2,000 but offer very different rides. The 4 Season has big fat tires for floating over whatever the earth throws underneath its wheels, whereas the SixFifty offers a more traditional full-suspension trail bike ride. Each of these machines is designed with a specific use in mind, and knowing how these bikes compare to each other will help big time when choosing another bike to add to your stable or finding a new bike to get out on the trail for the first time. 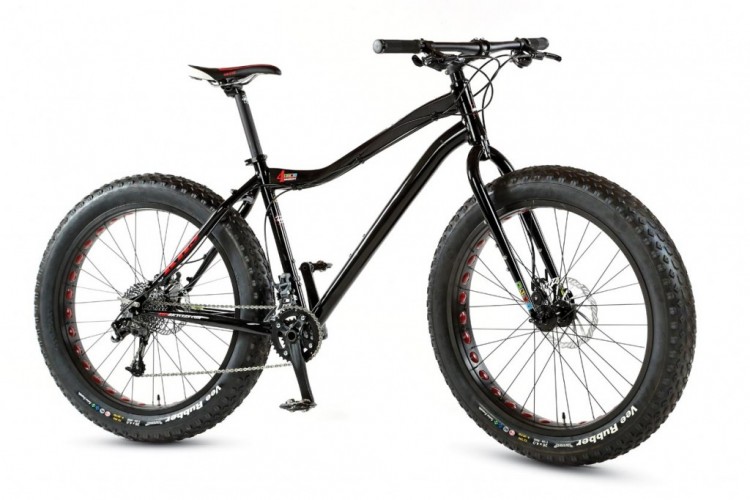 The 4 Season 3000, with its huge tires, was designed for anytime of the year, regardless of weather or terrain. KHS’ fat-tire ride was meant to be a great bike for those looking to get into the fat-bike game and experience the thrills of big tires. Whether you’re looking for a fun bouncy ride with friends or for something to ride in soft sand or snow, the 4 Season puts its wide 4-inch tires to work for you. 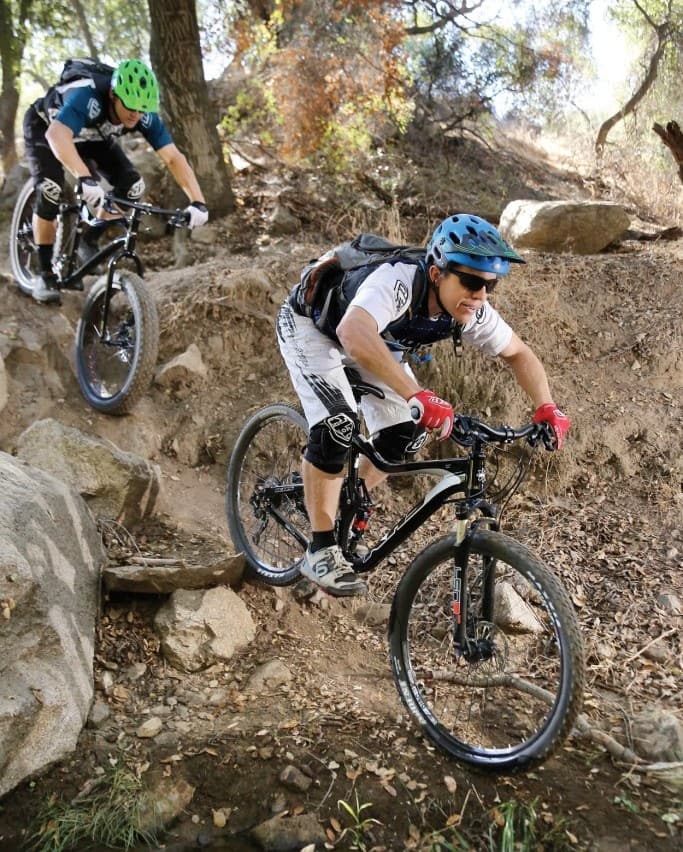 The SixFifty 2500, on the other hand, is a full-suspension trail bike that everyone can feel comfortable on. The frame offers over 4.5 inches of suspension to absorb trail chatter, and the 27.5-inch wheels keep things rolling quickly and smoothly on the trail. The SixFifty was built for the guy looking to have one bike to do it all. 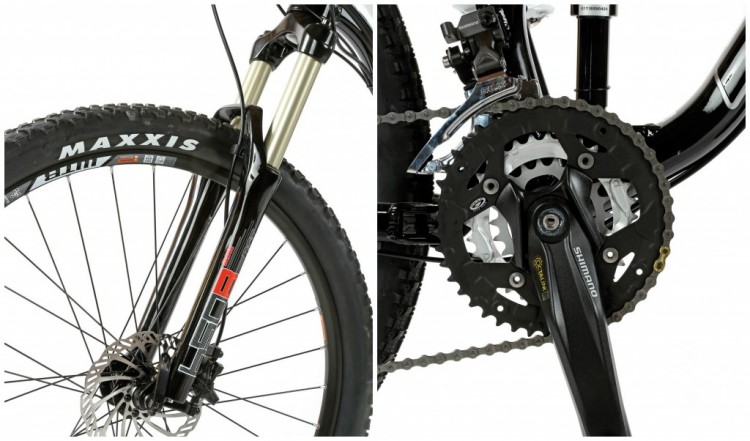 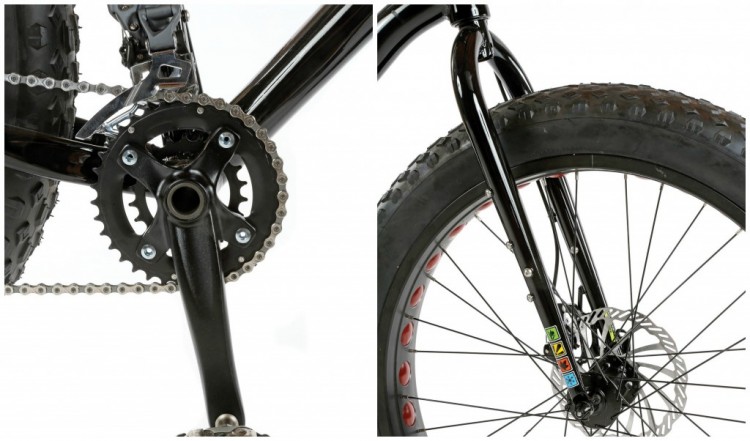 Without a doubt, the tires on the 4 Season stand out the most, with their 4-inch-wide track and bouncy ride. You’re sure to get a lot of looks wherever you go with these monster tires. Another nice touch on the 4 Season is the SRAM X9 Type 2 rear clutch derailleur. With the fat bike having no suspension other than the flex of the tires, a clutch derailleur helps keep the chain from getting shaken off the chain ring and keeps the cranks moving without skipping a beat. The Avid BB7 mechanical disc brakes were a well thought out choice, since cable-actuated brakes would be more reliable when taking the 4 Season into harsh weather. 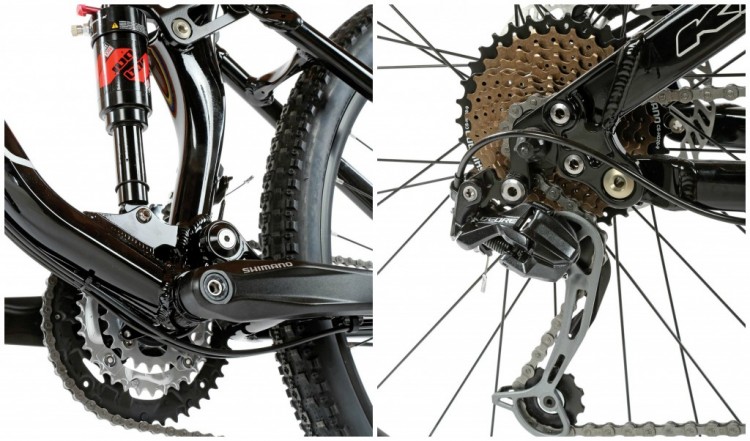 The standout components on the SixFifty were the 27.5-inch diameter wheels. With 26-inch wheels sometimes getting sucked into holes and 29-inch wheels being harder to dice in and out of corners, the 27.5-inch wheels are a nice compromise between the long legs of the larger wheel size and the agility of the smaller wheels. The Maxxis tires were also great; they rolled fast and were predictable in the corners. 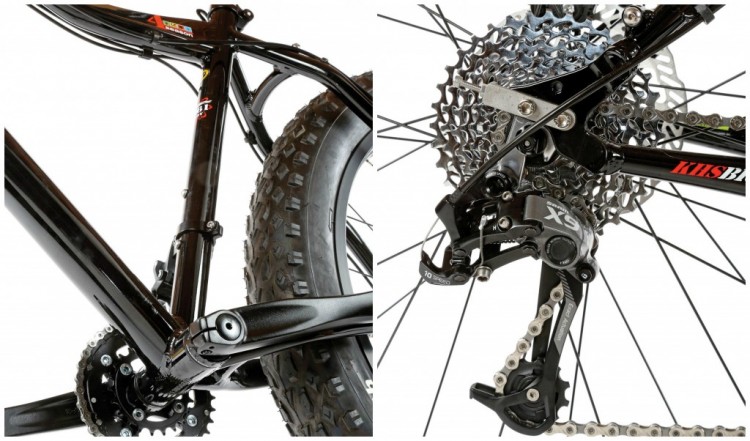 Climbing: Each bike behaved differently when climbing up the dry, loose hills of Southern California. The SixFifty motored-up with little concentration, whereas the 4 Season required more focused effort to make it up the steeps. We pointed the SixFifty where we wanted it to go, and the bike supported us in getting there. The rear end remained planted with no noticeable pedal-bob from the rear suspension. One thing we did notice was the front fork topping out when we got out of the saddle to power up sections. It didn’t hurt our performance, but it sounded a little strange.

The 4 Season required quite a bit more focus to get it up the hills. Not so much from the fitness side, but from the body positioning and line choice side of things. The big tires liked to walk around on us; it took constant input to the bars to keep the front tracking steadily. So, to remedy this, we pumped more air into the tires, which helped, but we noticed that we had to concentrate on staying back over the bike to get the rear tire to hook up on the climbs. We suspect that the tires were to blame for the wondering front end because the frame itself felt efficient. The moment the power was put to the cranks, the fat bike ripped forward.

We have to give the nod in the climbing department to the SixFifty due to how efficiently the bike climbed. Perhaps the wondering front end of the 4 Season wouldn’t be an issue in snow or other terrain that would swallow a normal tire whole, but the SixFifty left us with no complaints on the climbs.

Cornering: The 4 Season did an adequate job handling uphill and downhill corners, but pace was critical. Too slow and the bike wandered around on us. The front tire liked to torque steer and left us making small corrections in the middle of turns. Too fast and we weren’t sure how much front-end traction we had. The 4 Season felt most comfortable right in the middle in the corners–not too fast and not too slow.

We felt much more comfortable turning on the SixFifty. The front end felt agile, allowing us to dart the front wheel where we wanted it. It wasn’t until we were going very fast or down steep turns that we started to lose confidence in the bike’s turning ability. A different front tire with more bite would help with this.

Descending: Both of these bikes were fun to point downhill. The 4 Season’s fat tires made for some great drifting action by locking-up the back brake. The SixFifty had the right amount of suspension to maintain momentum by soaking up chatter on the trail. Both bikes did reach a threshold, though, where we weren’t comfortable getting any rowdier. The 4 Season made us feel a little uneasy at high speeds due to the difference between what the handlebars and front tire were doing. The SixFifty’s tires and long stem made it difficult to handle steep sections of trail. For general purpose trail riding, however, the SixFifty handled just fine. We were able to put more confidence into the SixFifty’s descending ability than the 4 Season’s.

The Fit: We found the two KHS bikes to have very similar feeling geometry. We probably wouldn’t be able to tell the difference between the two of them if blindfolded. Both have shorter top tubes when compared to some other large frames. Each bike also put us in a similar upright body position that was ideal for climbing. They both felt well suited for riders between 5-foot-9 and 6-foot-2. 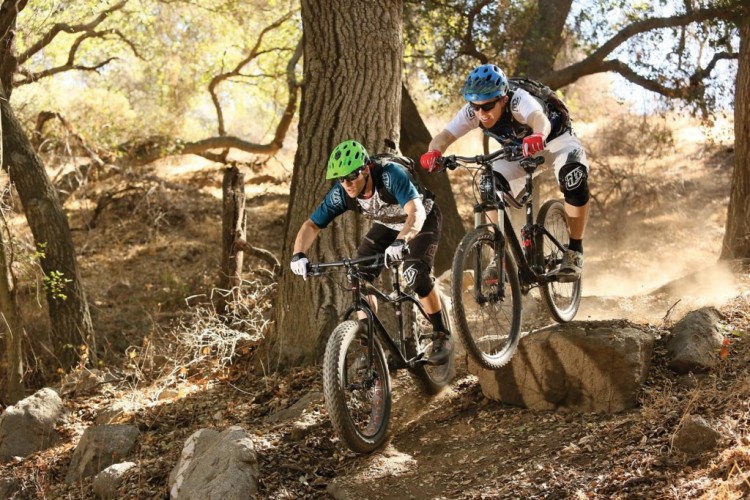 We would upgrade the stem and bar combo on both the SixFifty and the 4 Season right away. If money is tight, though, at least swap out the stem. The stock stems (at 90 millimeters for the fat-bike and 100 millimeters for the trail bike) were too long and spread us awkwardly over the bike, making turning feel less natural. A 60-millimeter or 50-millimeter stem would be perfect for both of these bikes and would make the bikes more confidence inspiring.

The tires on the SixFifty are good for most all riding, but we would definitely look into replacing the wide tires on the 4 Season with a different set. The tires were really the only things keeping the 4 Season from being a great bike. We have tested some other fat bikes now, and the tires on those rides were not so unpredictable and sensitive to tire pressure. 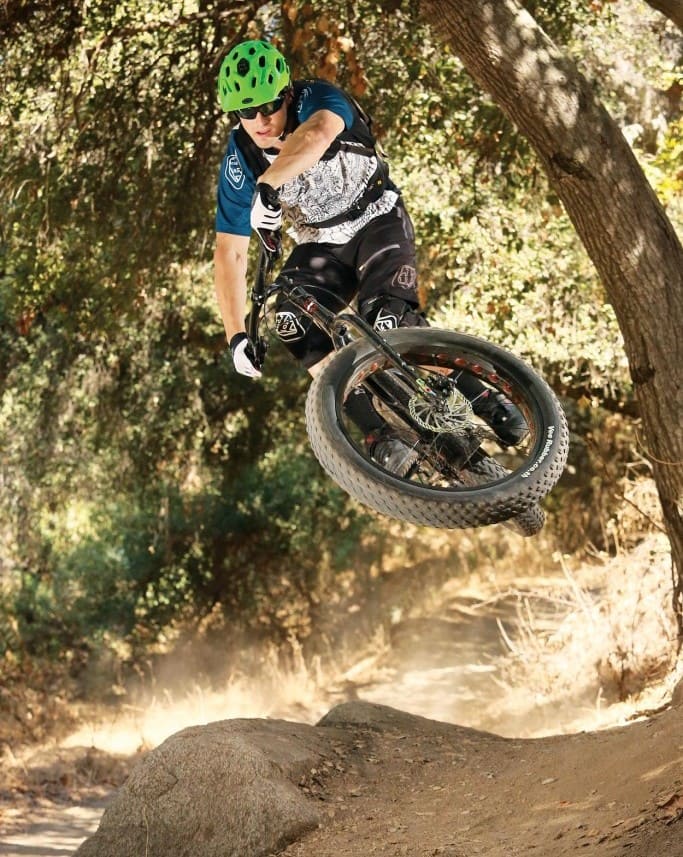 KHS builds some fantastic bikes, and the SixFifty is one of them. The SixFifty handles after-work rides with ease and helps create confidence on fun trails. The bike is also a great platform to build off of as your riding level progresses. On the other hand, the 4 Season is not a bad way to get into the fat-bike club. The brakes work well and the shifting is crisp. We suspect that with some different tires, this bike could run with much more expensive options. When deciding between these two bikes, it boils down to what is already in your garage. The 4 Season would make a great addition to a good set of bikes. The big tires make the bike a hoot to get out on, but the bike would not be a great choice as a daily rider. That is where the SixFifty comes in. The SixFifty is a great bike for someone looking to get into mountain biking for the first time or someone who wants a full-suspension trail machine. The bike pedals well and soaks up trail chatter that would have some other bikes bouncing around. As far as out-of-the-box performance goes, we give it to the SixFifty over the 4 Season 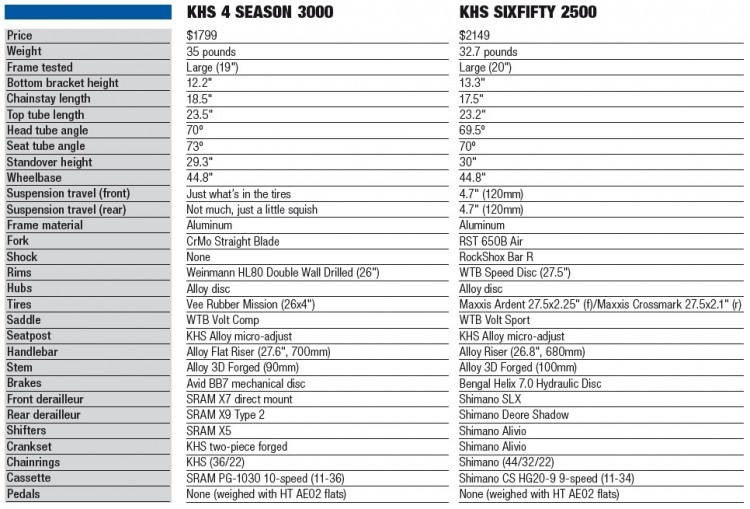