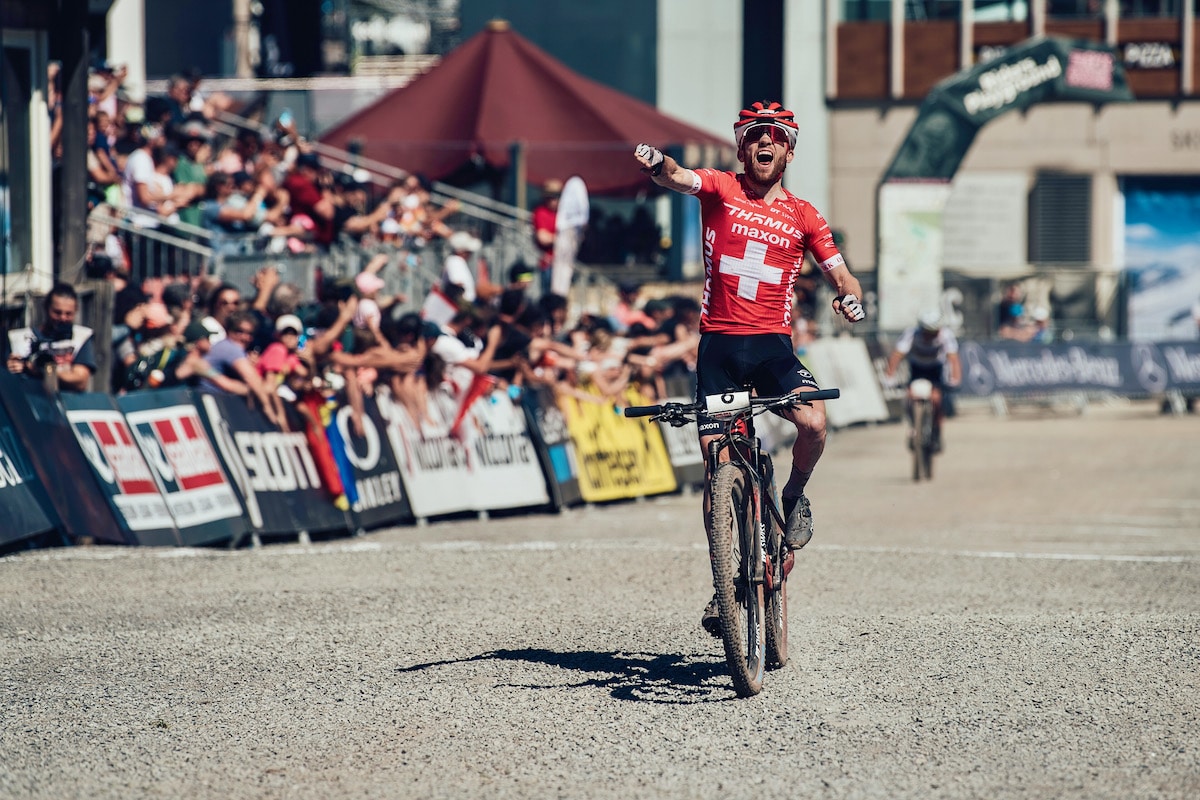 Mathias Flückiger and Loana Lecomte doubled up in Leogang for the second straight year after they added a Sunday XCO victory to their Friday XCC wins to complete a perfect UCI Mountain Bike World Cup weekend. Here is all you need to know:

– Swiss rider Flückiger dominated on Friday to take the XCC win from Romanian Vlad Dascălu and compatriot Vital Albin to bank 80 crucial points in the race for the title.

– On Sunday, it was another fight between two Swiss cross-country warriors as Flückiger and legend Nino Schurter pulled away from the early leading group to set up another fascinating duel. 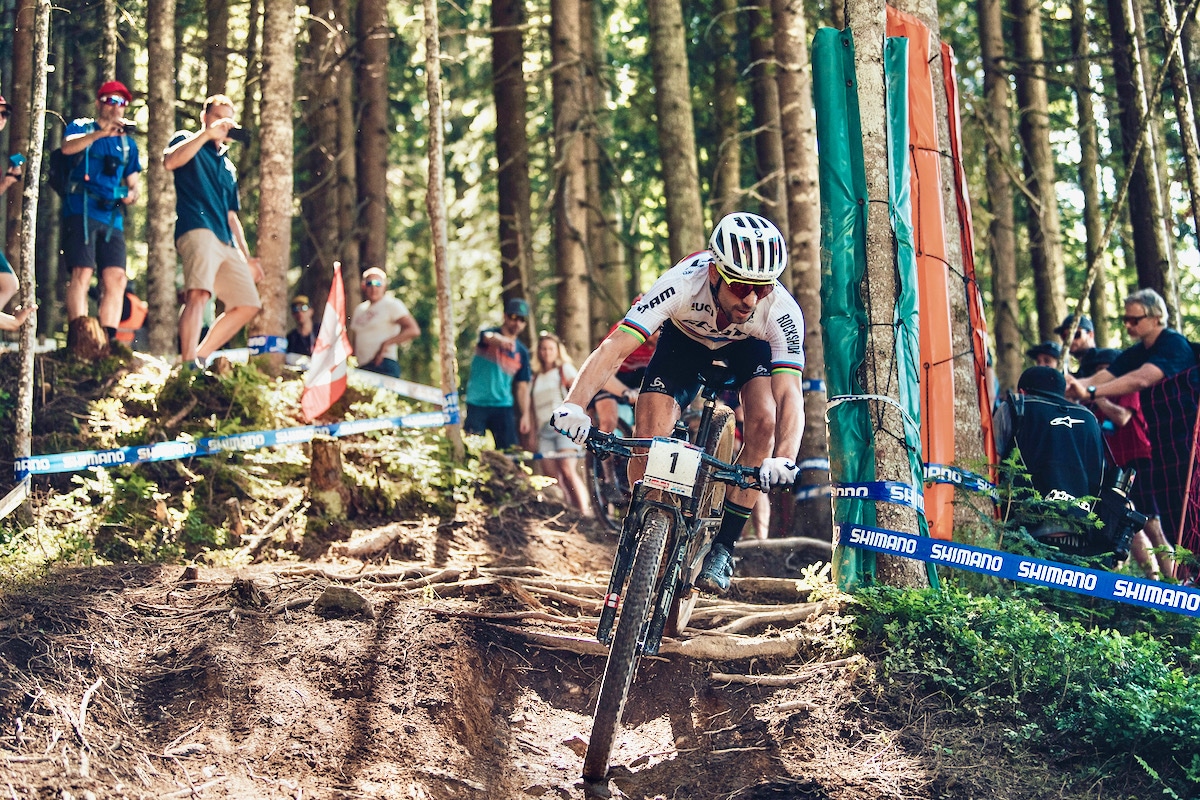 – Just when it looked like multiple World Cup and World Champion Schurter would use his experience to get past on the final lap, Flückiger dug in on the final climb to open up a crucial downhill gap for the win.

– South African Alan Hatherly managed to hold on for third spot behind with Dascălu fourth and Frenchman Maxime Marotte winning a photo finish to round out the podium back in fifth place.

– Flückiger, 33, said: “I am really exhausted. After Friday’s win, I know I am in good shape but this was so tough. It was a great battle once again with Nino. It is a really demanding course here with so much climbing and you never have the chance to recover, while it is really hot today.” 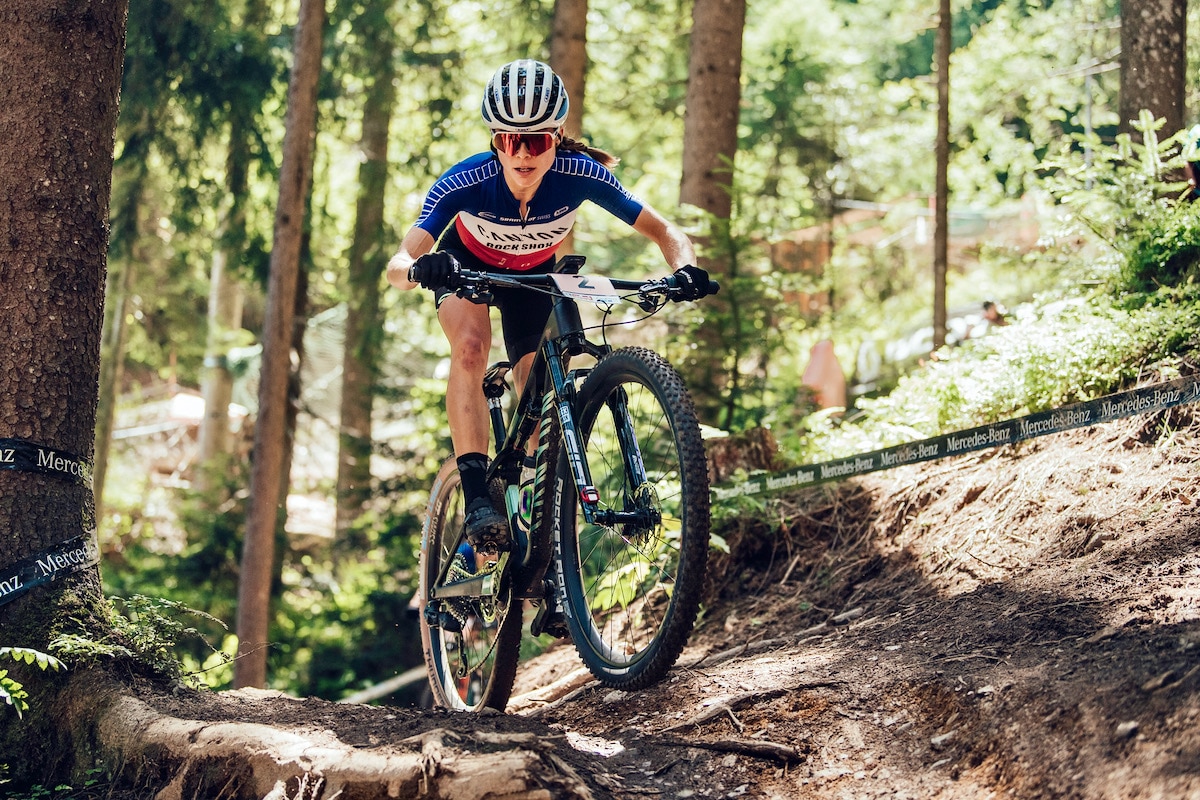 Loana Lecomte completed a perfect weekend at Leogang for the second year in a row. Photo by Bartek Wolinski/Red Bull Content Pool

– Lecomte and Rissveds soon moved to the front on the next lap and Lecomte opened up a 29-second lead over Rissveds, which she increased to 47 seconds and then one minute and 13 seconds by the end.

– It was reigning overall champion Lecomte’s sixth World Cup XCO victory and, just like Flückiger, her second perfect Leogang weekend in a row after both riders doubled up over the 2021 weekend.

– Rissveds repeated her second XCO place from last year, Austrian Laura Stigger was third and McConnell came in seventh to maintain a healthy 2022 overall lead after triumphing at the first three races. 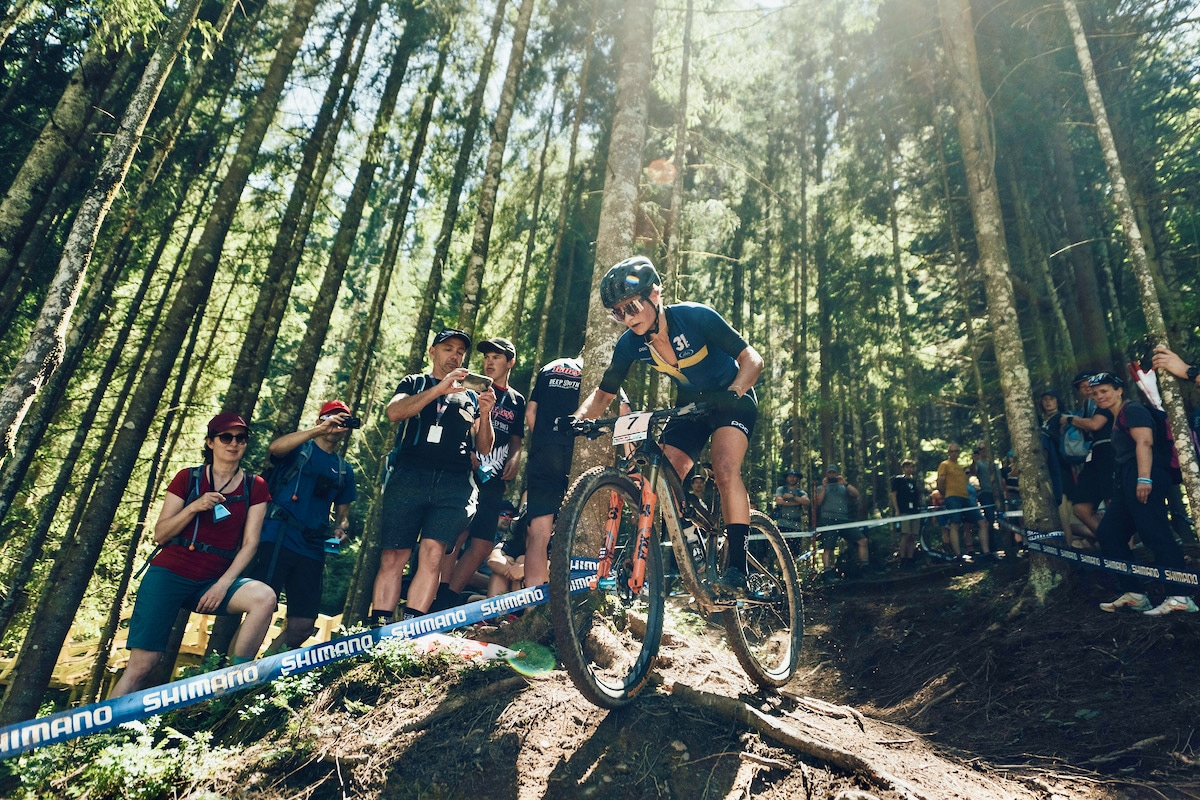