Longtime KHS downhill pro Logan Binggeli has taken on a new role at KHS. He’s taking over the management of the KHS downhill team, as Quinton Spaulding has now retired. Logan, 30, had been on the team for more than 10 years. He turned pro in 2008 and went on to become America’s downhill national champion in 2011. Binggeli won the Pro GRT national titles in 2012 and 2013, as well as placing third at the Red Bull Rampage in 2012.

The star pros of the KHS downhill team for 2020 are Nikolas Nestoroff and Steve Walton. 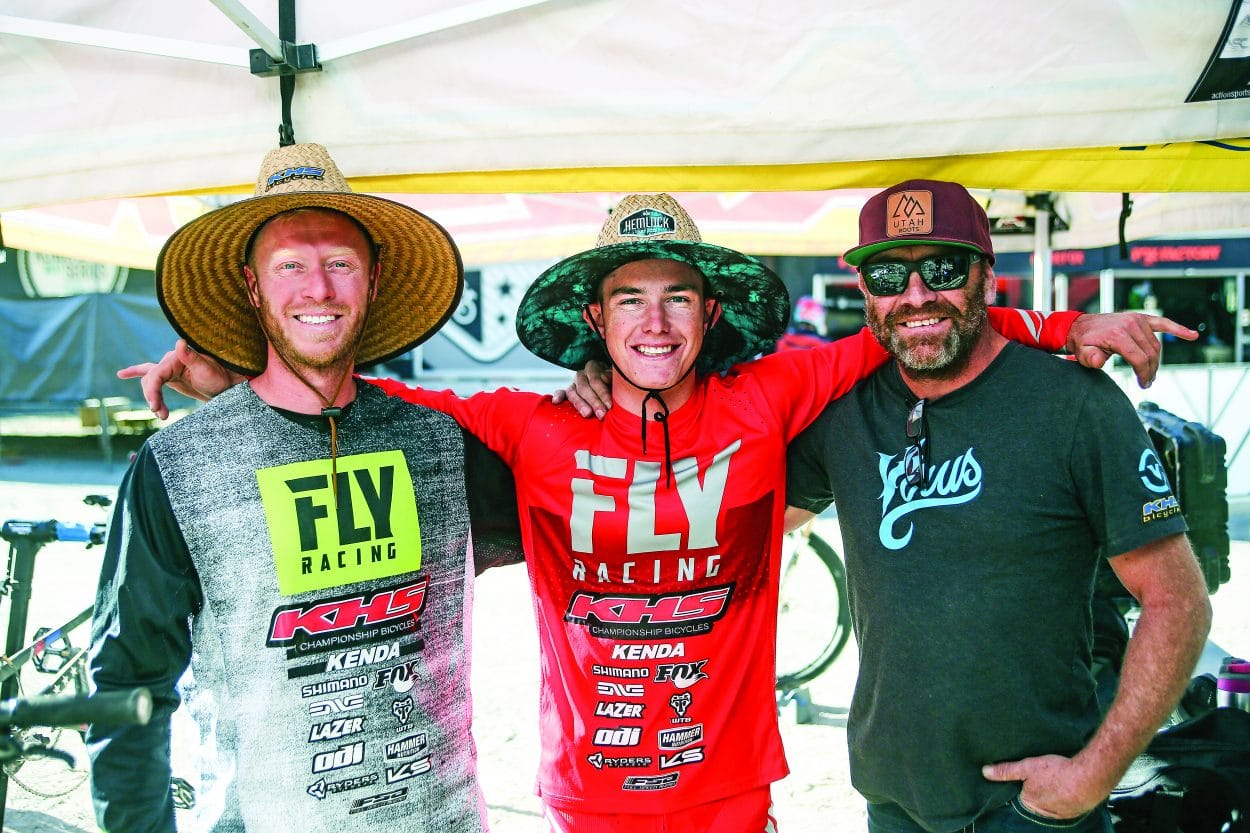 We wanted to know what former team manager Quinton Spaulding was doing now, so we sent him an e-mail and asked him, and here’s what he told us: “I am now working for Las Vegas Paving Corporation in the underground division. I drive a large slurry truck (heavy equipment), and I am a journeyman with the Teamsters Local 631 Union. I pour slurry (kinda like concrete) on freshly laid pipe before they backfill it. Quite the change in careers.”