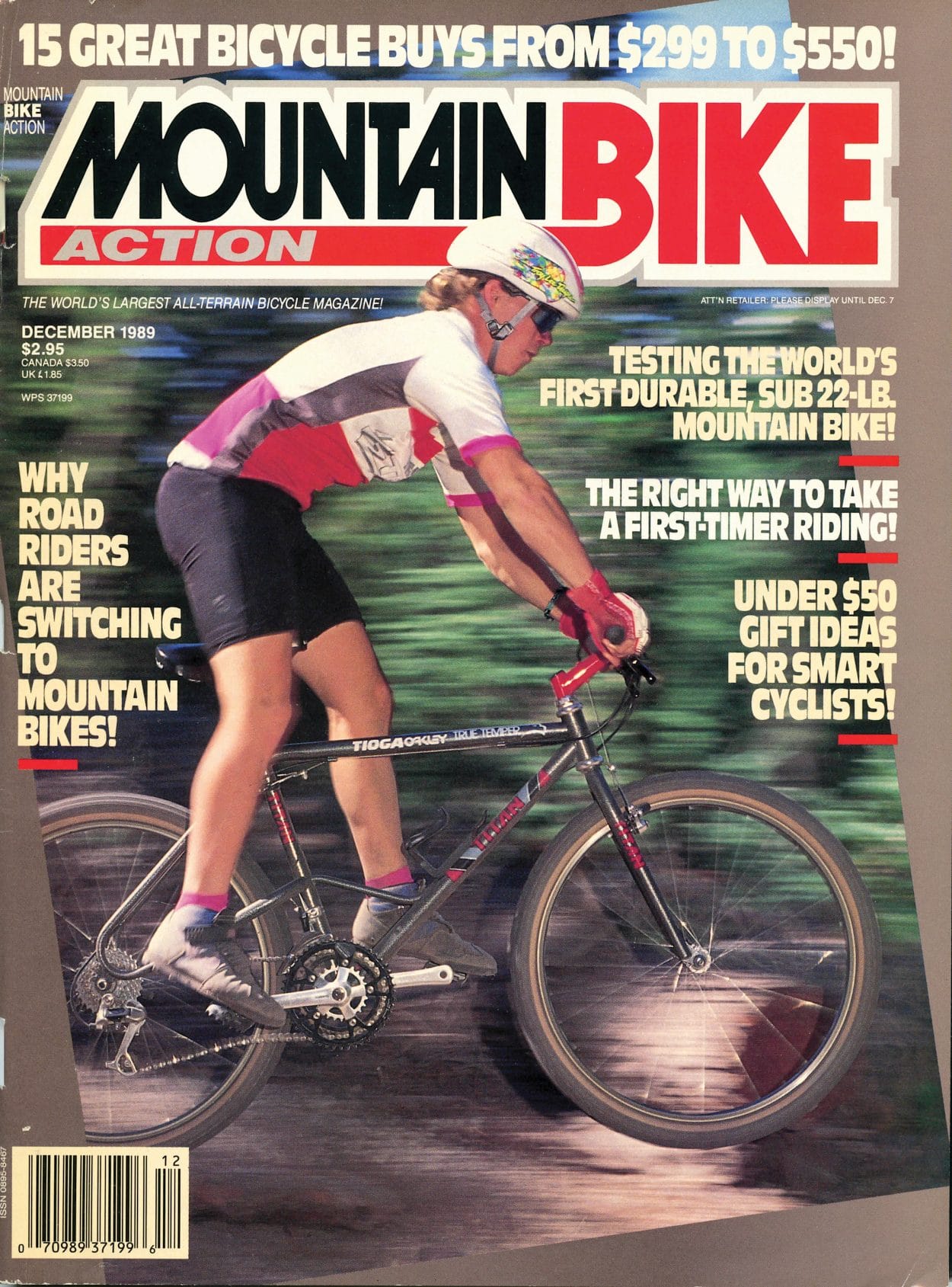 Our December 1989 issue featured Scott Furry on the cover, testing a Titan Half-Trac mountain bike. Titan was headquartered in Eugene, Oregon, then. There’s a new Titan Cycles now, one founded in 2010, that produces titanium bikes in China for companies and individuals who design their own frames and want Ti bikes made to order.

Looking back to 1989 shows how much things have changed in the last 30 years. We had a special buyer’s guide section for “15 Great Mountain Bikes for Under $550.” With inflation factored in, that price would come to about $1138 today according to our online U.S. inflation calculator. One of the main differences between the bikes then and now is that the bikes we highlighted from 1989 had no suspension, front or rear. The same was true of almost every other bike in that issue. That was about to change, though. 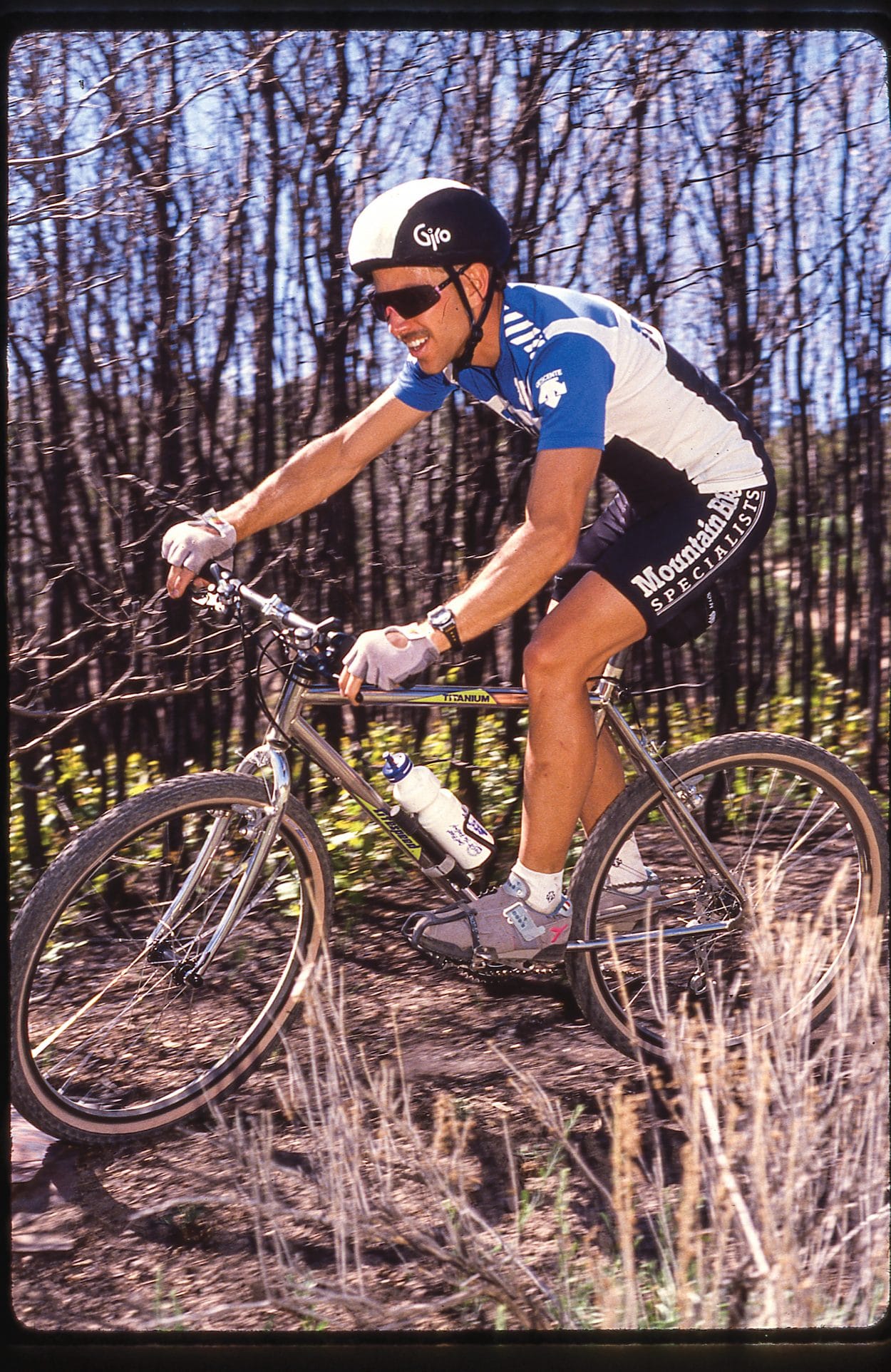 Litespeed built its first titanium mountain bike in 1986. The company grew so famous for its capabilities that they later helped build the landing gear on NASA’s Mars Curiosity Rover.

In this issue, we showed a picture of RockShox founder Paul Turner standing with a bike built up with one of the first RockShox suspension forks. We had tested some prototype models of the design a few months earlier and loved them. When this issue came out, the suspension forks were going into production and were starting to be offered for $350 a piece. “Mounted on Greg Herbold’s Miyata at the Big Bear National, the forks got Greg down the downhill a whopping six seconds faster than anyone else,” we reported. “They work great and are definitely worth the $350 asking price.”

In “Trailgrams,”  the letter section in MBA, Connecticut’s Seth O’Brien asked how much money a pro mountain biker could make in those days. We replied, “Though he and his agent have started some sort of propaganda campaign to make him look like a pauper, John Tomac is the highest paid mountain bike racer in the country, world and universe. Rumors have John earning in the neighborhood of a quarter-million dollars a year.” 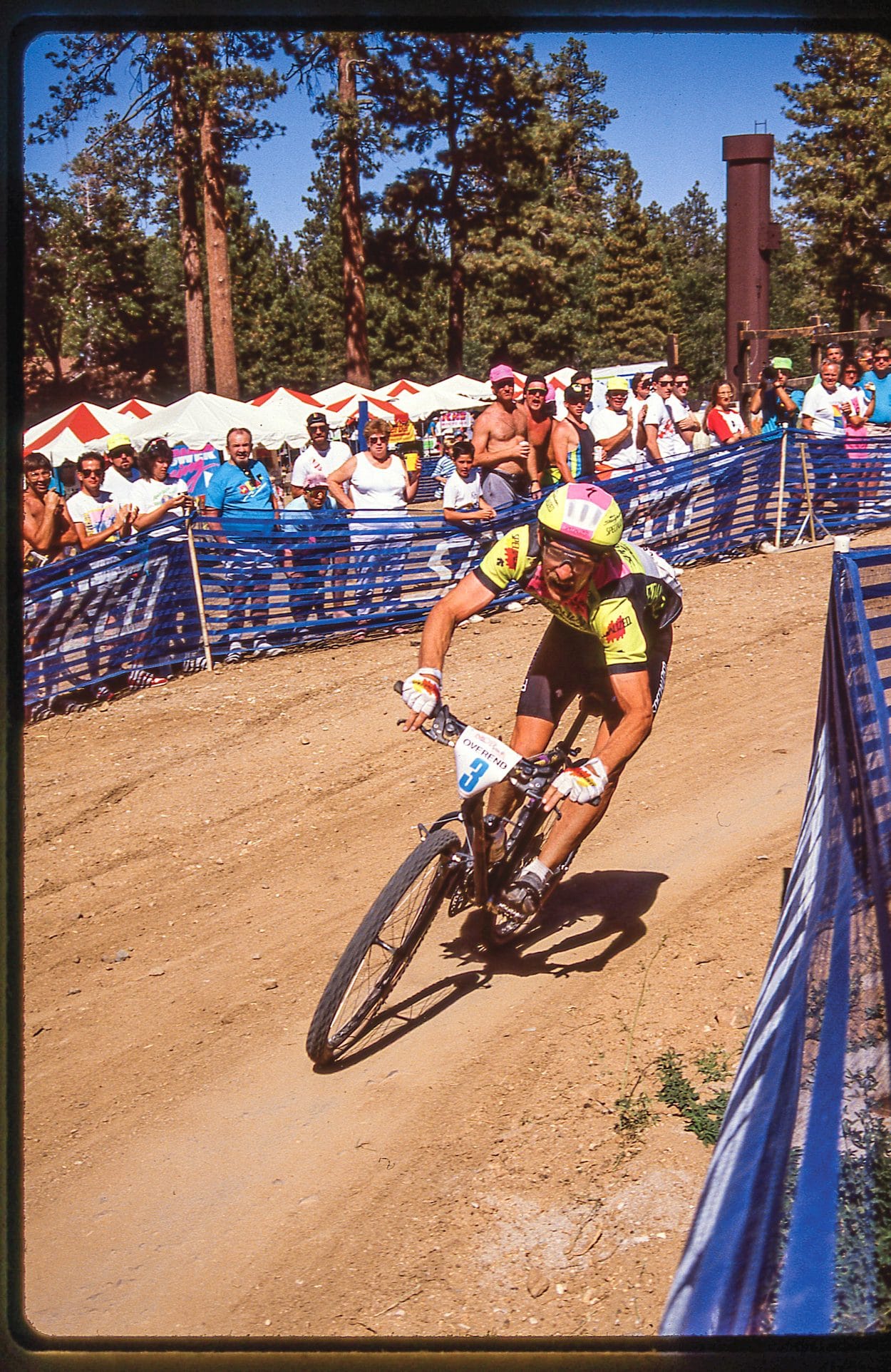 In the realm of racing, we covered the NORBA National Finals at Big Bear, California. Ned Overend finished second in the finals to win the overall title for his third time.

England’s Tim Gould beat Ned in the race. “Gould’s win was of historic proportions,”  “No one had ever expected a Euro to beat the Americans at their own game on their own turf.” That would change before long, of course. Ned Overend and John Tomac would take the UCI World Championship title in cross-country racing in 1990 and 1991, but no American man has won it in the last 28 years. The last Elite Male XC racer from America to win a medal at the World Championships was Tinker Juarez, who took the silver in 1994.
Fisher’s Sara Ballantyne won the Big Bear XC race and the national title in the women’s division.