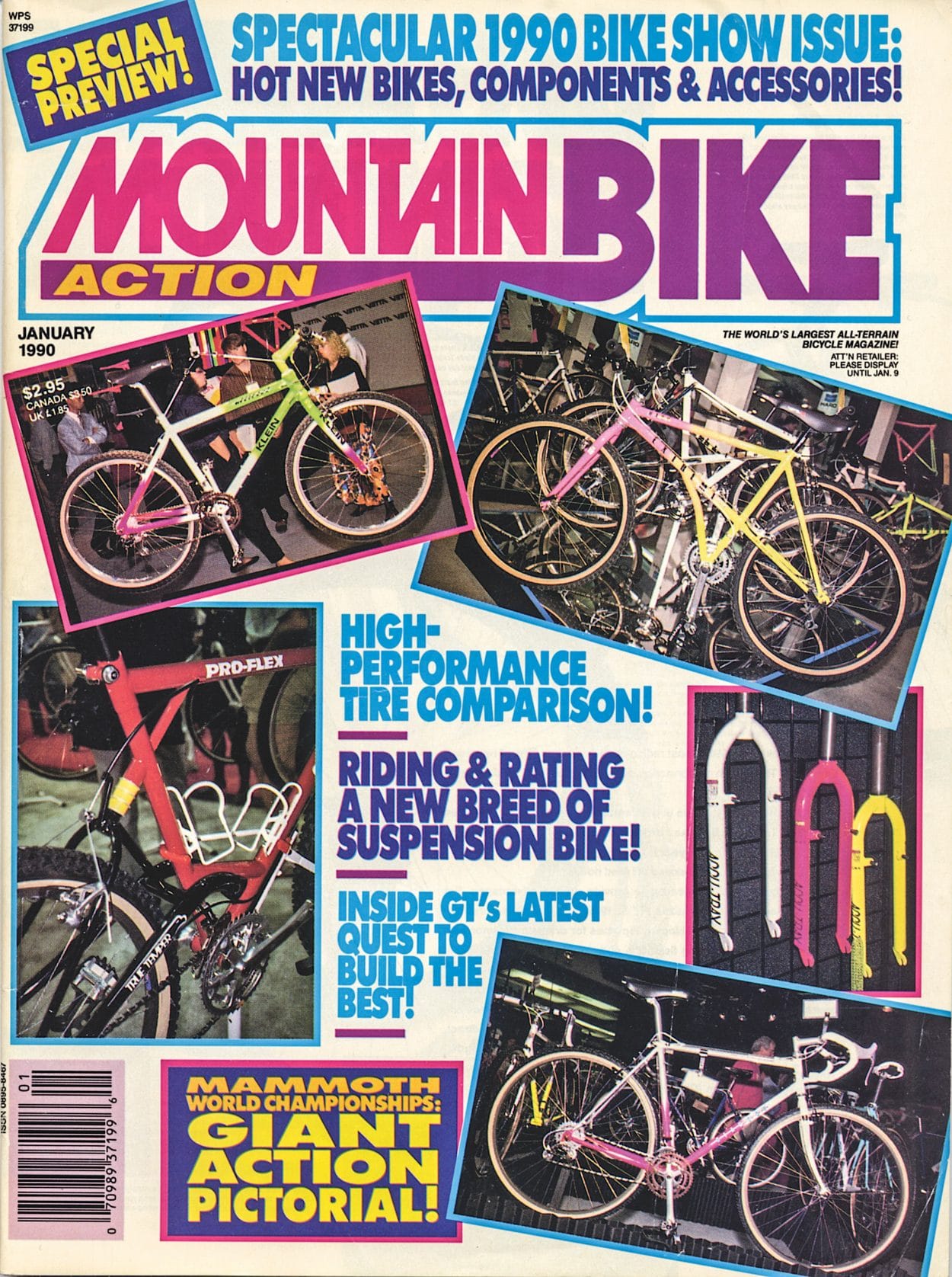 Our January 1990 issue included coverage of the latest Interbike Show held in Anaheim, California. There were 1800 exhibitors at the event, and many of them were heading to Atlantic City, New Jersey, two weeks later for the East Coast version of the Interbike Show. In looking back at the bikes from those days, one thing that stands out now is that nearly all the bikes were completely rigid with no suspension, front or rear. It looks like we only had one picture of a suspension bike in our coverage of the Anaheim show, a Pro-Flex, which had a small amount of rear suspension and a Pro-Flex Flex-Stem for front suspension. Suspension forks were just starting to be introduced back then, and most bike companies didn’t even have one to put on their bikes that year for the show. 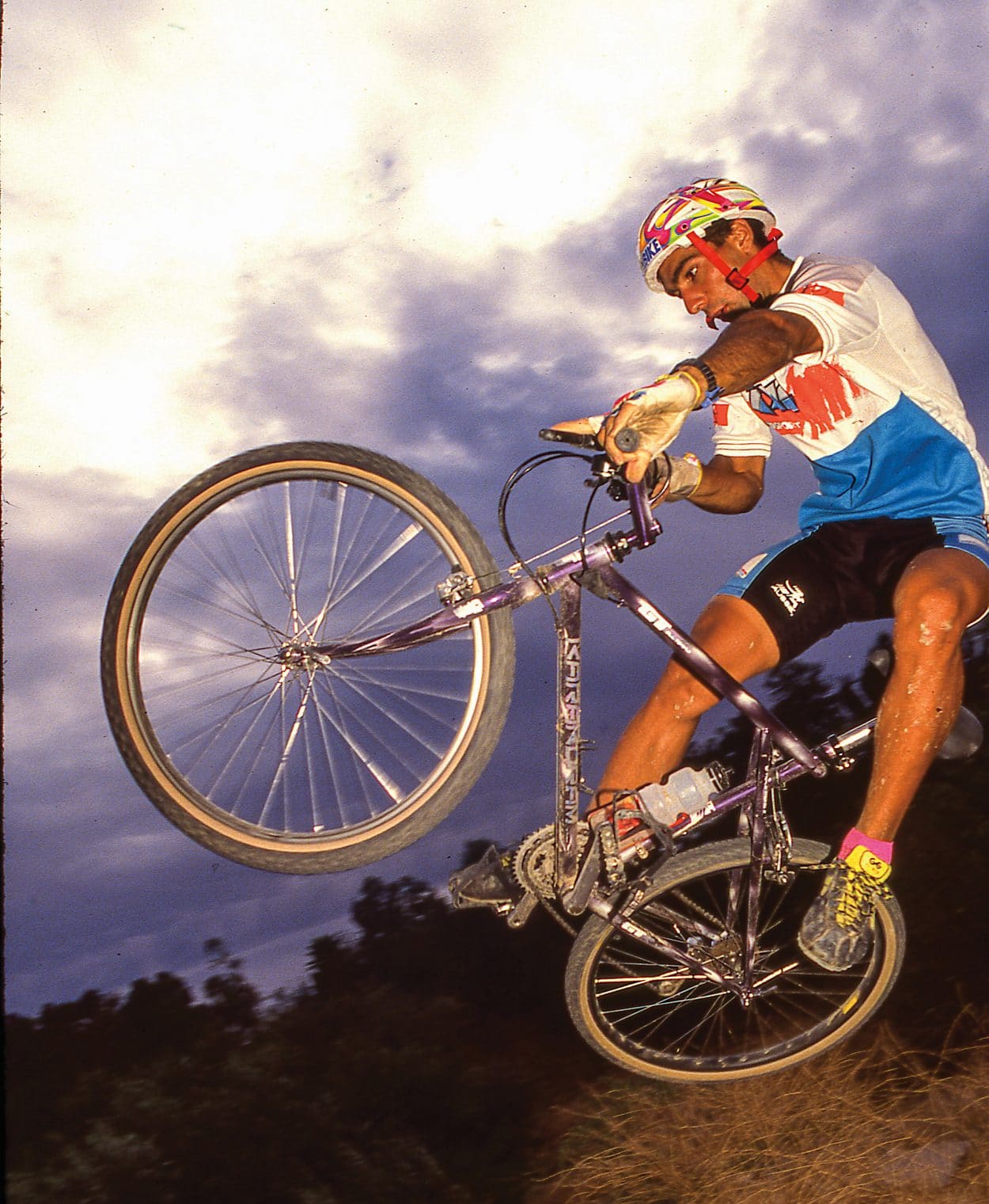 That’s simple. The NORBA version of the Mountain Bike World Championships happened before the UCI debuted its own version of the similarly named event. Looking back now, it’s interesting to see who won the 1989 NORBA World Championship, held at the end of that year’s race season. Although Ned Overend and John Tomac were arguably the top riders in mountain biking at the time, neither of them was able to win the NORBA XC World Championship for 1989.

Tomac made up for his XC finish by winning the downhill event on a fully rigid bike. “My first race on a suspension fork was in 1990,” Tomac recalls, “at the Mt. Hood NORBA National. It was a Manitou fork.” Greg Herbold took second in the downhill event at Mammoth, riding the new RockShox forks, which were just starting to show up on some sponsored riders’ bikes.

In the Pro Women’s XC class, Fisher’s Sara Ballantyne was the top finisher, with Darcy Wright second and Susan DeMattei third. Susan, who would later earn a bronze medal in the 1996 Olympics, took the win in the hill-climb event at Mammoth, sixth in the downhill and first in the overall (combined) category. 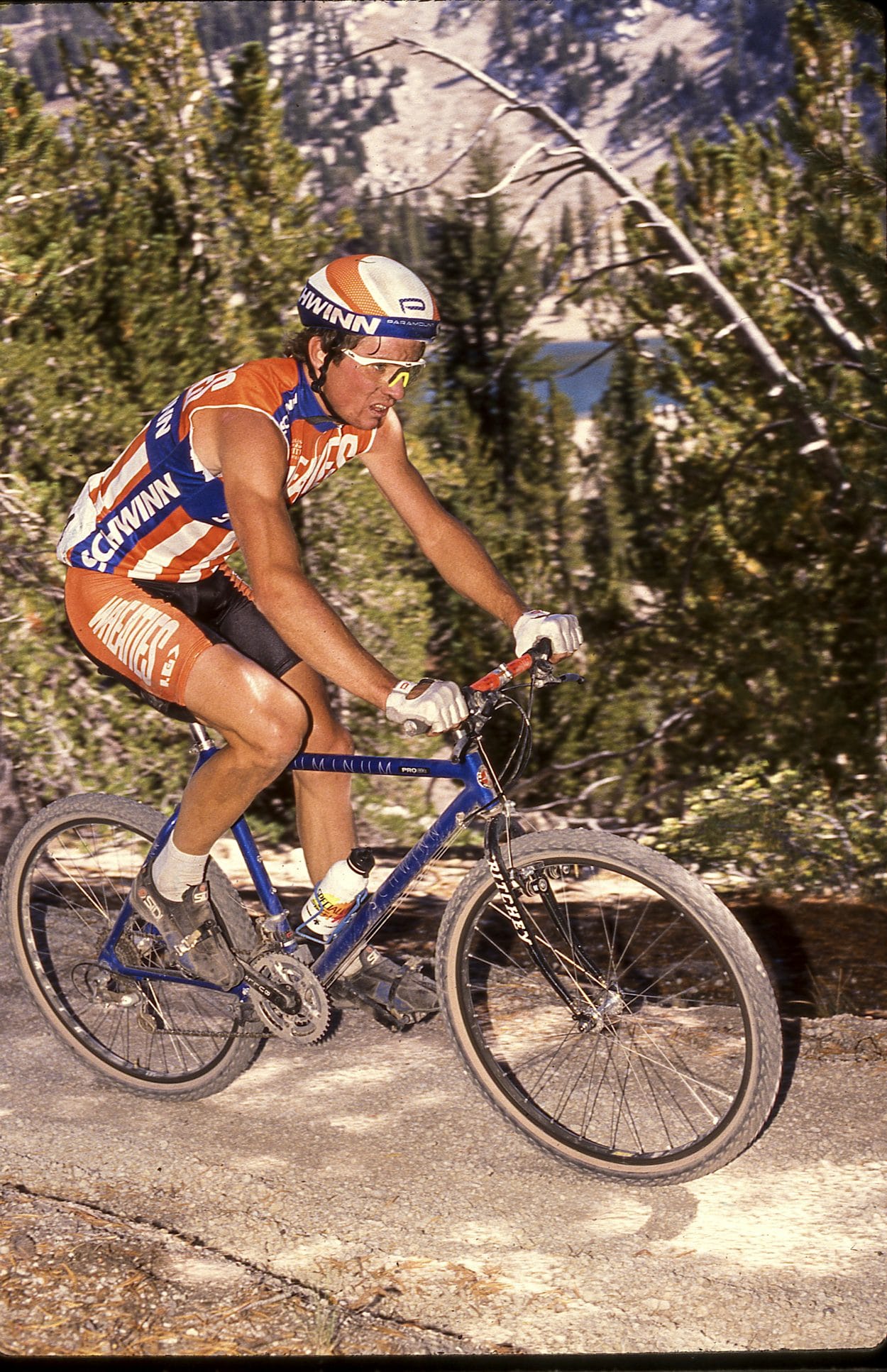 Roadie Tim Rutherford was one of the racers who showed up to race the NORBA Mammoth Mountain World Championships in 1989. Photo by Sean McCoy