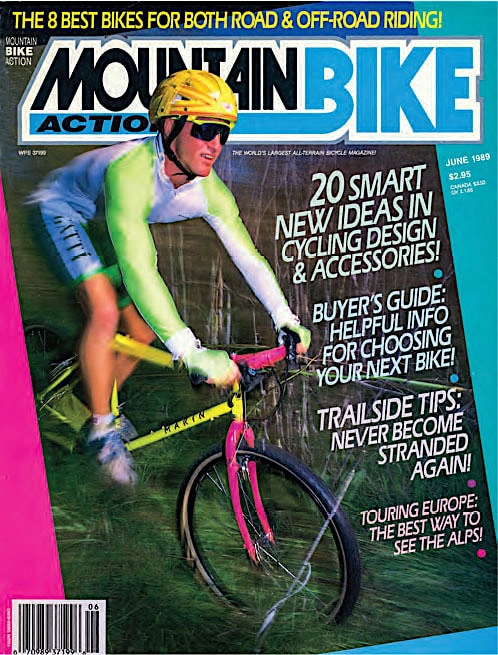 Although we had previously tested a prototype set of RockShox suspension forks before our June 1989 issue came out, we still had to wait for the final product to hit the market later in the year before we’d get to ride them again.

In the meantime, we got the chance to try out the Offroad Flexstem, which was also designed to absorb front-end shock, only in this case, the Flexstem would absorb the punishment of bumpy trails by flexing up and down, with rubber bumpers providing the cushion.

We also took a look at ’cross bikes in this issue. The ’cross bikes we reviewed were hybrid bikes designed to work as either mountain bikes or road bikes. They offered a mix of road and mountain bike characteristics, including wide, flat bars for mountain biking use but also had drops for more aerodynamic road riding. The cross bikes were apparently aimed at riders who were on the fence about what kind of bike to get, offering a single bike that would work on both the road and dirt. You can look to the gravel bikes of 2019 and see that the idea of a single, do-it-all bike is flourishing again. 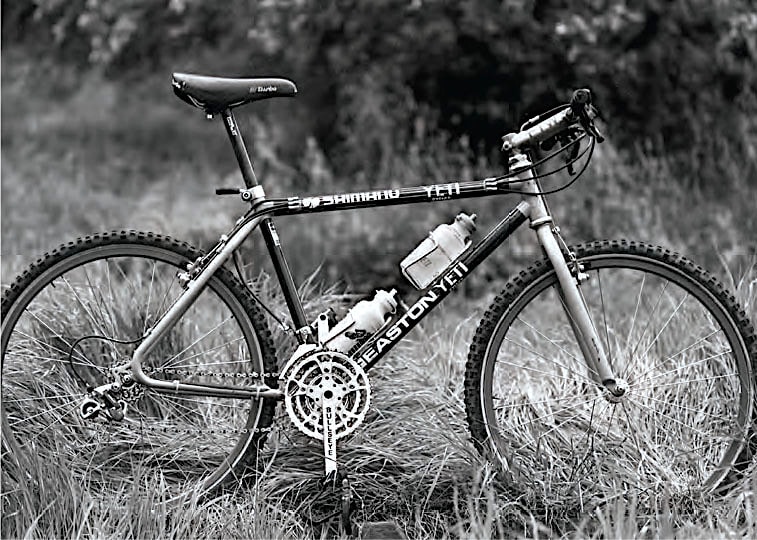 Yeti offered its C-26 race bike in 1989 with carbon-wrapped alloy frame tubes. Its 24-pound weight was impressive back then, even for a bike with no suspension. 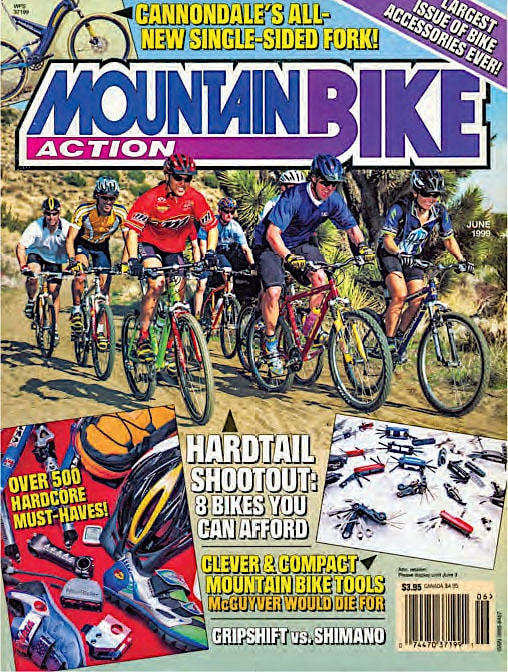 Among other stories, our June 1999 issue featured a writeup of the 1999 Single-Speed World Championships. That event was a cross-country race on single-speed bikes; but, what was really remarkable was who the top riders turned out to be. Pro downhill racer Marla Streb won the women’s title, while pro cross-country star Travis Brown won the men’s title.

Brown would later go on to win the national cross-country title for the U.S. in 1999 and then represent American mountain biking at the Olympics in the year 2000. Interviewed in that 1999 issue, Travis told us that he had majored in microbiology in college and was originally planning on pursuing a career in dentistry or medicine if he couldn’t stay in the bike industry. As it turns out, Travis has been with Trek since 1993, when he joined their race team. He retired from professional racing at the end of 2004, and he has worked for Trek ever since in the development of new bikes.

Travis famously got Trek to introduce a bike with a 29-inch front wheel and a 26-inch rear wheel in 2009 (the Trek 69er) at a time when the mountain bike world was largely split over the question of whether the best wheel size was 26 or 29 inches. Travis, who turns 50 this summer, was inducted into the Mountain Bike Hall of Fame in 2006.

Marla Streb, who turns 54 this June, was inducted into the Mountain Bike Hall of Fame in 2013. Amazingly, Marla didn’t get into mountain biking seriously until she was 27 years old. She was a research biologist studying HIV/AIDS, as well as a “little-known” (in Marla’s words) concert pianist before becoming a professional mountain biker. As a pro downhill racer, she won the X Games Championship, one World Cup downhill event and three U.S. Downhill National Championships. Marla also authored two books, Downhill: Life Story of a Gravity Goddess and The Road Century Book, as well as a number of articles for magazines and newspapers.

In 2017, Marla and her husband, Mark Fitzgerald, opened the Handlebar Cafe, a combination bike shop/restaurant in Baltimore, Maryland. Marla and Mark have two daughters, Kiki, 9, and Nico, 12. Marla told MBA that Nico wants to be a professional mountain bike racer someday. Nico won the State Championship in Maryland’s NICA series for 7th graders. Marla says that Nico was also faster than the high school girls at the races. Only one high school girl beat Nico this past season, and that happened only once. 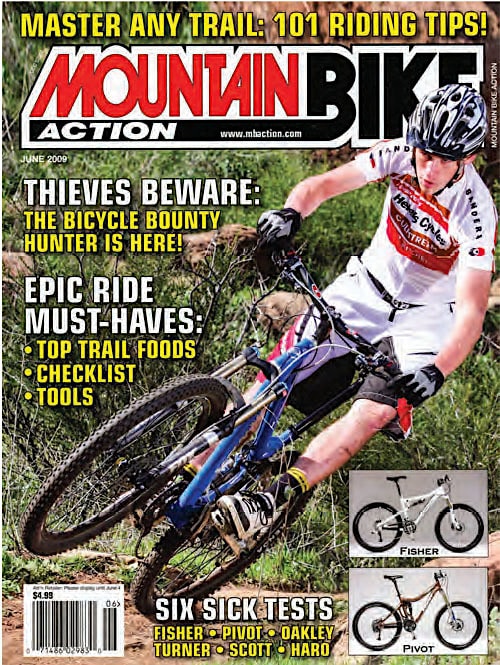 Our June 2009 issue had an article titled “101 Inside Secrets to Trail Riding Perfection.” The article was full of tips on how to ride, set up your bike, dial in your gear and everything else.

We also had a test of the newly released Pivot Firebird. Chris Cocalis, the founder of Pivot, had started the company in 2008, and the Firebird was his first foray into the 6-inch-travel world.

Elsewhere in that issue, we shared predictions from some of the industry’s top people about what they thought would be happening in our sport in another six years. Cocalis made a prediction that was truly remarkable for its accuracy: “I’ll keep it short and sweet. By 2015, I see longer travel and lighter suspension bikes being used in racing. I would not be surprised if 27.5-inch wheels take off with the same momentum that the 29-inch size has.”

Cocalis was right, of course. Back in 2009, the mountain bike wheel world was divided about the ideal wheel size. The 26-inch wheels were standard, but 29ers were quickly winning more and more converts. There was a size called 650b that most manufacturers and riders ignored. We started calling the 650b size “27.5 inches” so that readers could relate to the oddball size more easily.

At the time, there were some objections to the name “27.5.” We had measured the outside diameter of conventional mountain bike tires and found they were almost exactly 26 inches tall when mounted and inflated.

When we measured some 29-inch tires, we found that they were all right around 29 inches tall when mounted and inflated. When we decided to check out some bikes with 650b wheels, we measured the tires’ outside diameters and found they were 27 1/2 inches tall. After that, we started calling them 27.5-inch tires so our readers could relate to the 650b size better and realize that the 650b size was halfway between the other two sizes.

Our staff also offered an offbeat tribute to the late Brent Thomson, the man who created the Bootleg Canyon downhill trail system just south of Las Vegas. The article was written as if it were a letter sent to us from heaven by Brent Thomson: “Down there on earth, I was an artist before I was a mountain biker. That’s probably why I looked at things a little differently. When most people looked east from Boulder City, Nevada, they saw a pile of rocks resting on scorched earth. I saw endless possibilities that eventually turned into Bootleg Canyon.

“If I had been paid $2 an hour for all the digging, rock moving and trail grading I put into Bootleg Canyon, I would have died a very rich man.”

Watch: No Train, No Gain with Kate Courtney