Looking Back at the 2001 Red Bull Rampage

Looking Back at the 2001 Red Bull Rampage 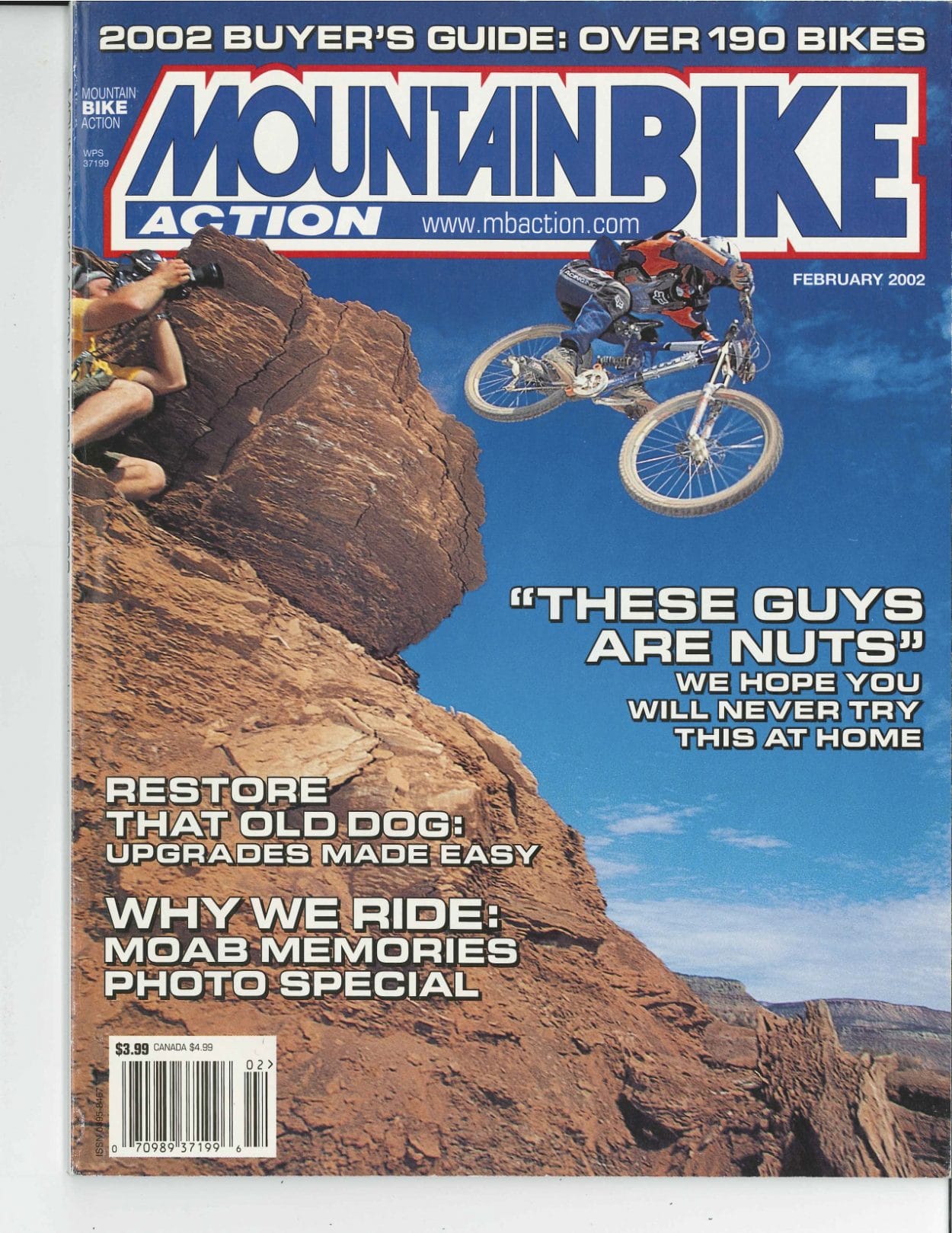 Back in October of 2001, the MBA staff headed to Utah to witness the first Red Bull Rampage. Here is what it looked like as covered in MBA. Richie Schley got the cover of the magazine with his drop off a cliff, while then 14-year-old Kyle Strait ended up taking ninth (the same place he finished today in 2019), and coming away with a full-page photo of himself in our magazine in that first running of the event.  Current MBA staffer Scott Hart was one of the competitors in that first event. He didn’t make the finals, but he did score one of the photos in our coverage.

Wade Simmons ended up winning the title that first year, helping to further establish his credentials as “The Godfather” of freeriding.

Randy Spangler, the head judge in 2019, was one of the competitors back then, and we told in the magazine how his bike went off an 80-foot cliff in a crash, and he was barely able to stop himself from going off the edge with it. 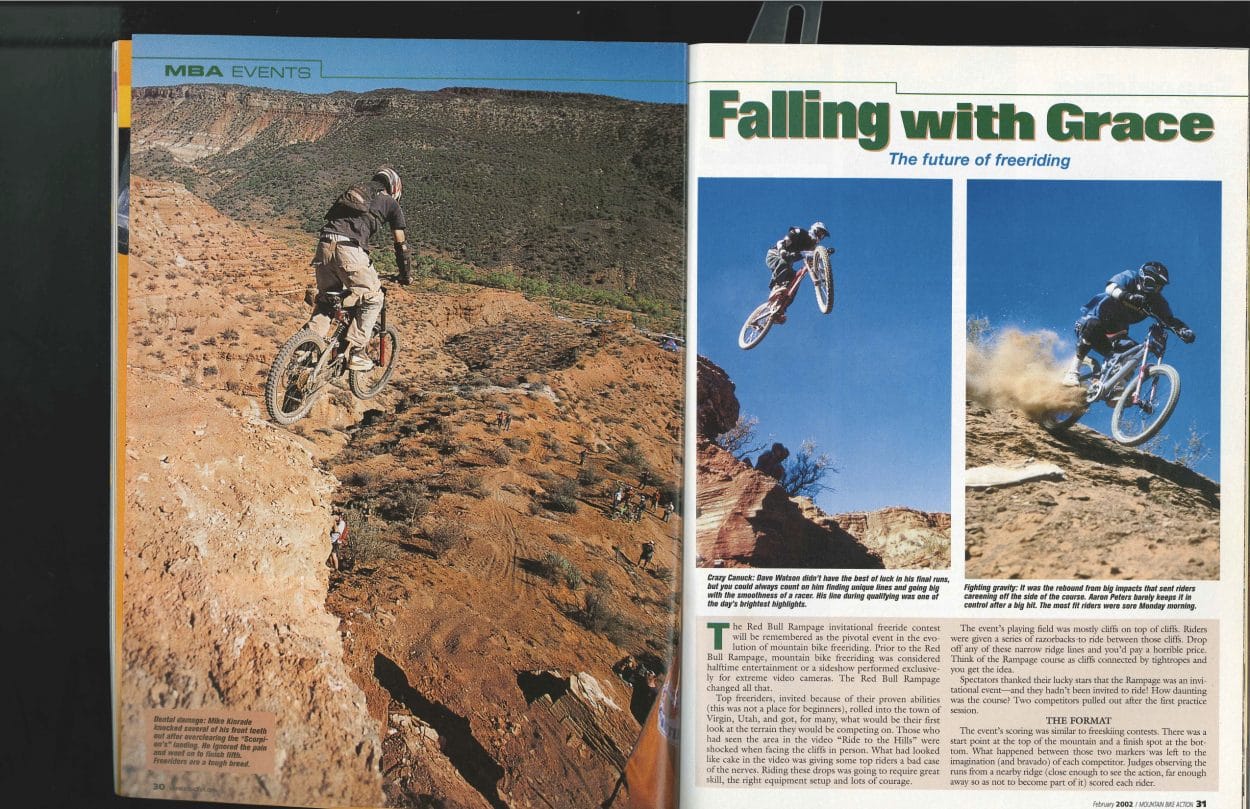 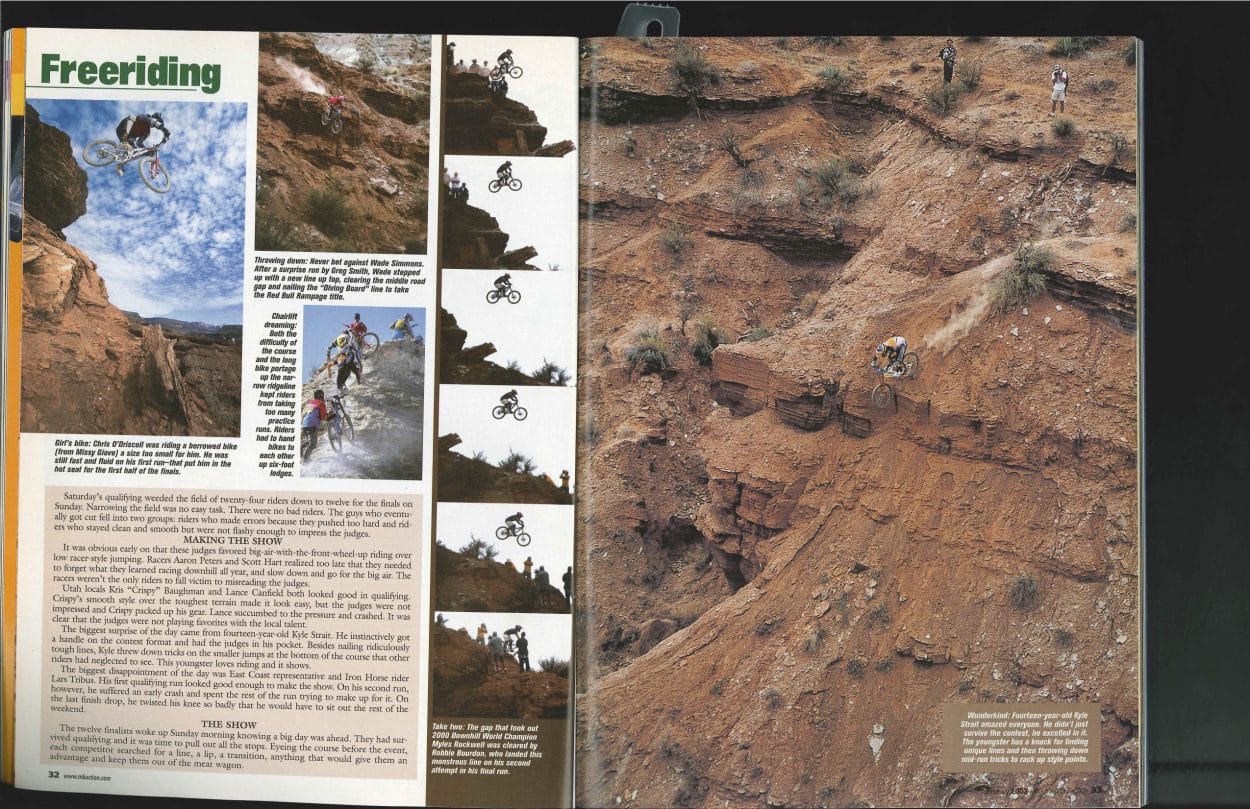 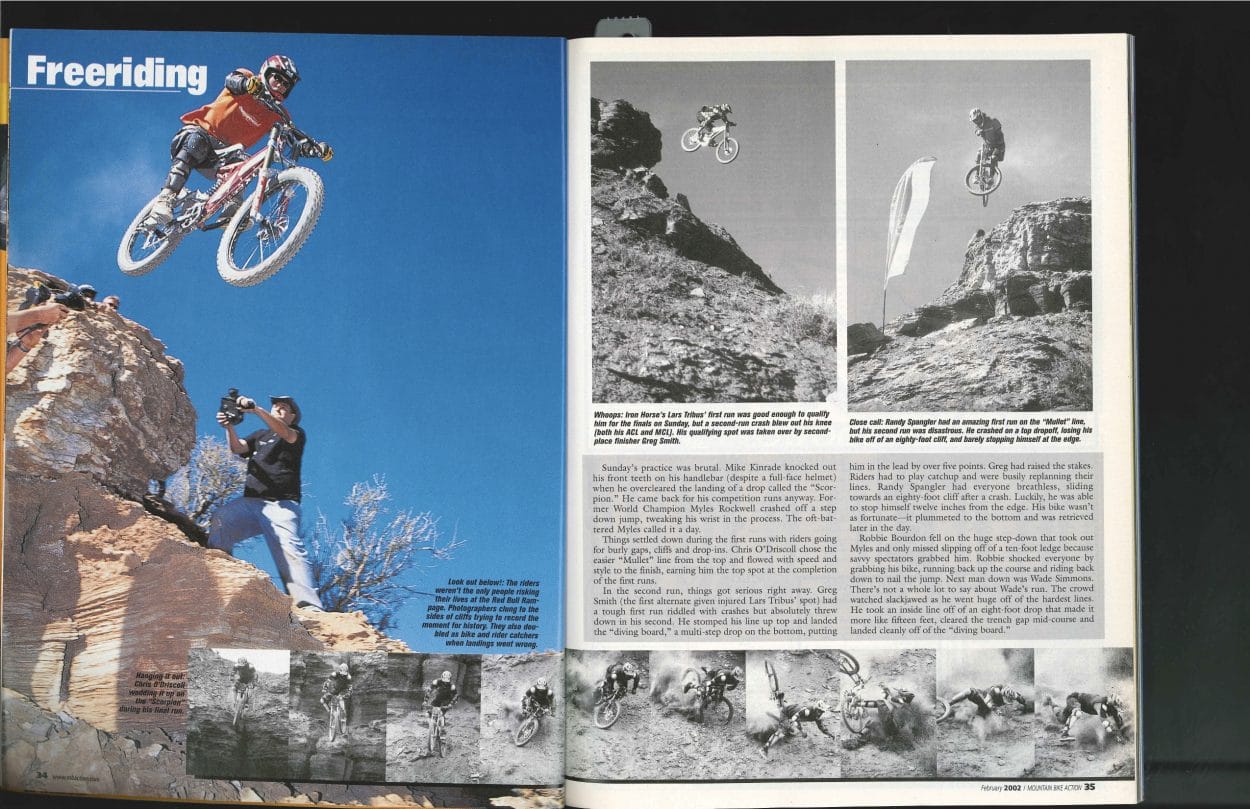 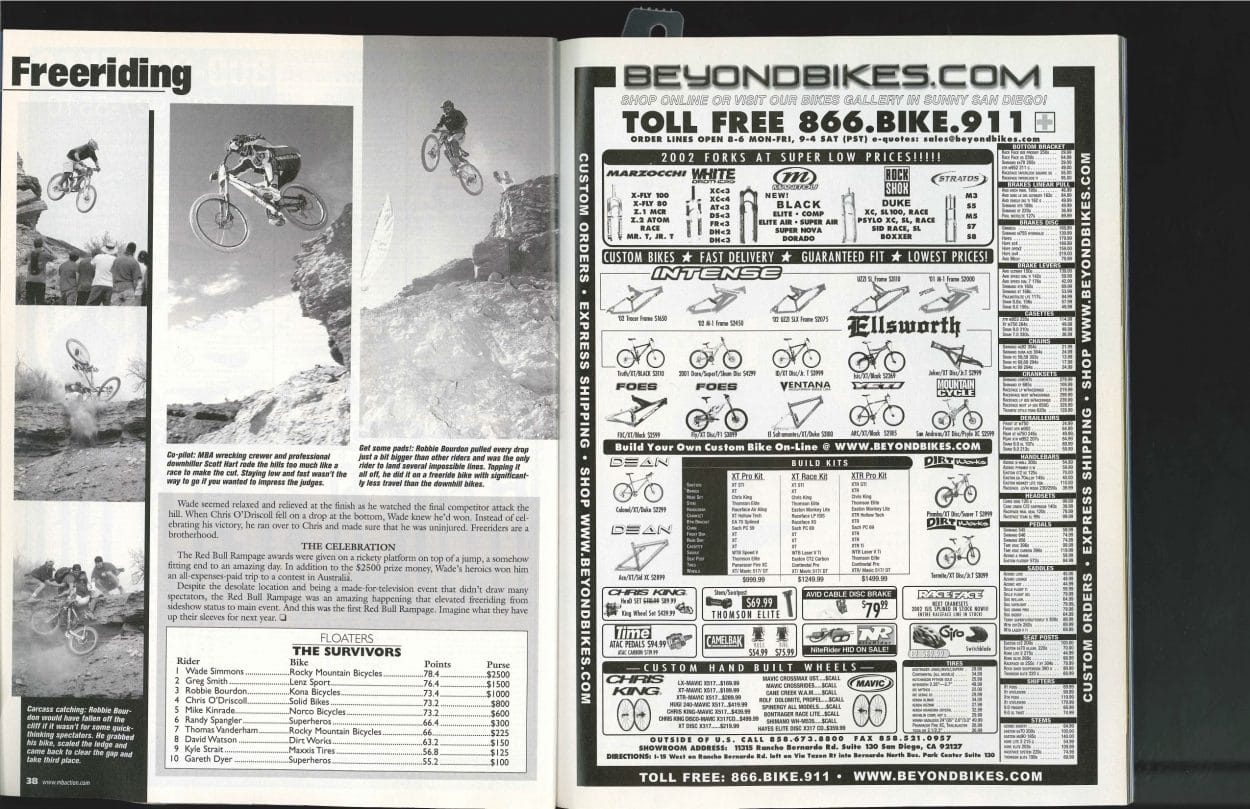