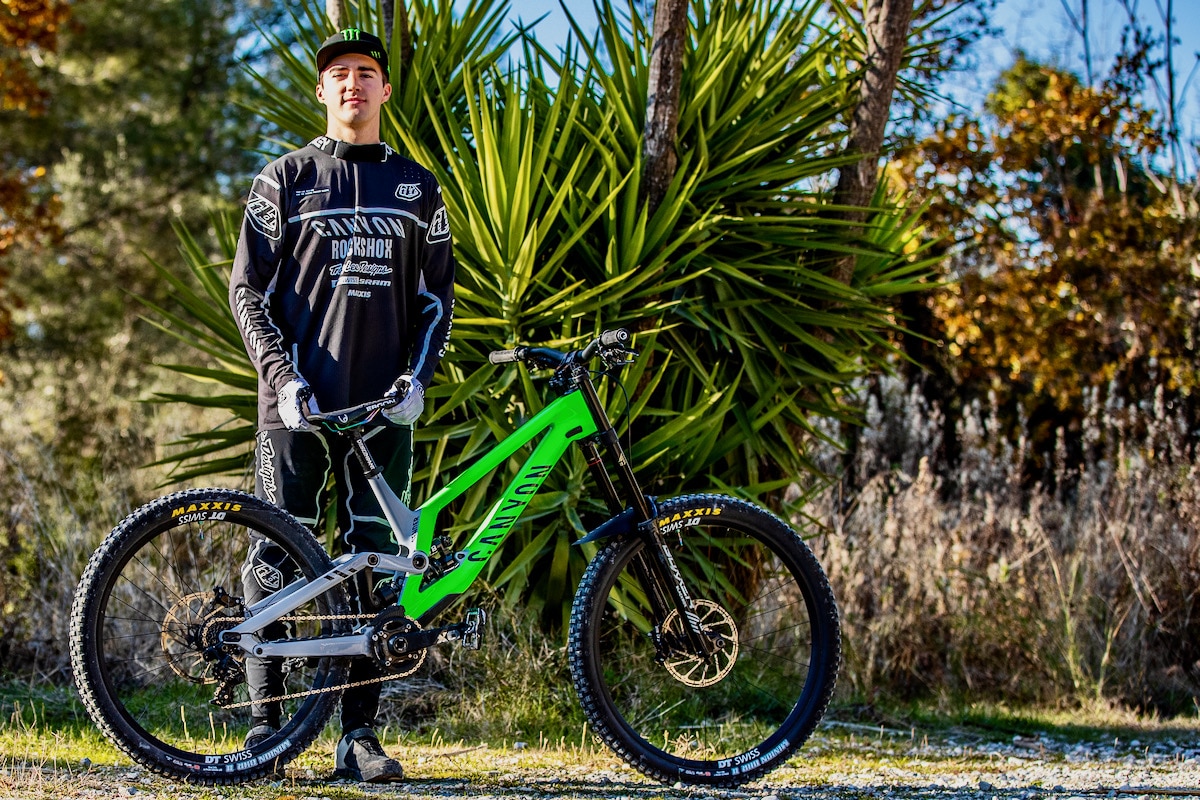 Luca Shaw says that he’ll be racing the Canyon Sender CFR downhill bike in the year ahead, after having raced for the Santa Cruz Syndicate for the past seven years. Luca will join Troy Brosnan, Mark Wallace and Jakob Jewett on the Canyon “Cllctv” (a.k.a. Collective) downhill team.

Loana Lecomte, who won the Elite Women’s cross-country World Cup series title for 2021 will also be riding for Canyon, but on the Cllctv cross-country team.

Meanwhile, Luca told us that his older brother, Walker Shaw, who won the Sea Otter Classic Pro Men’s Downhill event in 2019, will be working for Santa Cruz in 2022. Walker had been racing for Santa Cruz as a support-level rider in the past, according to Doug Hatfield, the team mechanic at Santa Cruz.

Hatfield told us that Walker will be the team manager of the Santa Cruz Union team, the lower-level downhill team for Santa Cruz riders who haven’t made the top-tier Syndicate Team yet. Walker is a great rider and whipster, too, but he hasn’t done nearly as well as Luca on the World Cup circuit.

Luca’s top World Cup finish in the past year was fifth place at Snowshoe, West Virginia. His best Elite Men’s finish in a World Cup downhill was in the opening round of 2018 in Losinj, Croatia, where he took second place, right behind Aaron Gwin. Luca won two World Cup events in the Men’s 17-18 class in 2014, and he has been the top rider in some of the World Cup timed-qualifiers in recent years, but he has yet to win a World Cup race in the Elite Men’s division. We’ll see if that changes in the year ahead. The Canyon Sender CFR is available with matching wheel sizes and as a mullet (29/27.5-inch, mixed-wheel) downhill bike.

Luca was riding the Santa Cruz V10 with a mixed-wheel setup before changing teams, so we’ll see how he ends up racing his new bike when the season starts. It looks like he’ll be racing a mixed-wheel setup now. When we zoomed in on the tires’ sizes shown on the sides of the tires in the full-sized version of the above photo, we could see that the back tire is 27.5 inches and the front tire is 29 inches. 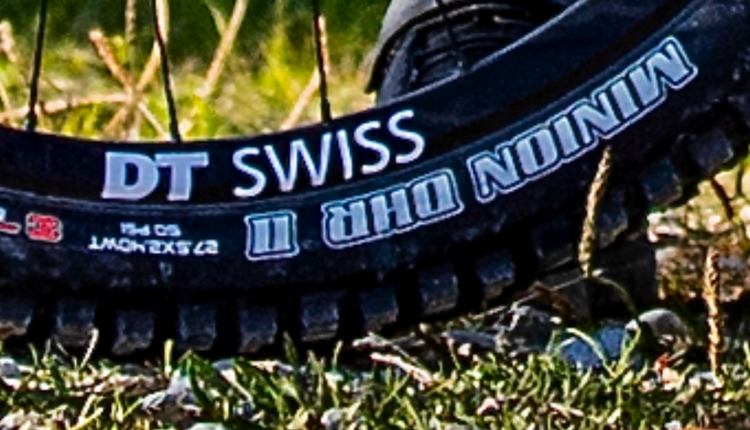 Here’s a zoomed-in, close up view of Luca’s back tire. 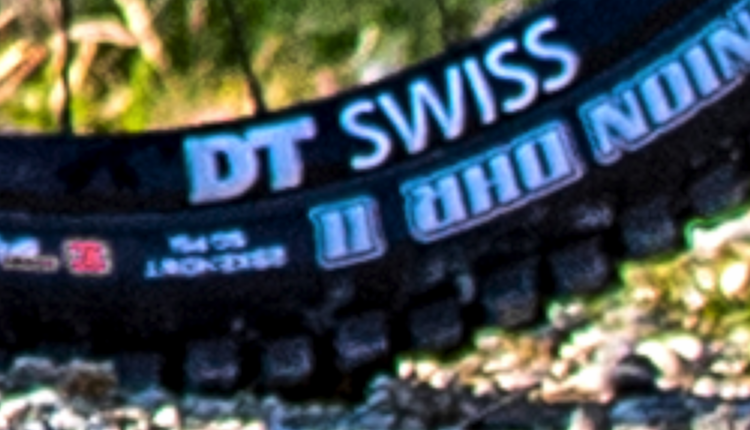 Here’s a zoomed-in, close-up view of Luca’s front tire. We can’t read the numbers showing the tire size in this photo, but we can see that there are only two digits in the number before the “X,” so it has to be a 29-incher.

Here’s a link to our “Meet the Riders and Their Rides” / “Inside the Pros’ Bikes” feature on Luca when we featured him and his Santa Cruz bike in 2018: https://mbaction.com/oct-inside-the-pros-bikes/