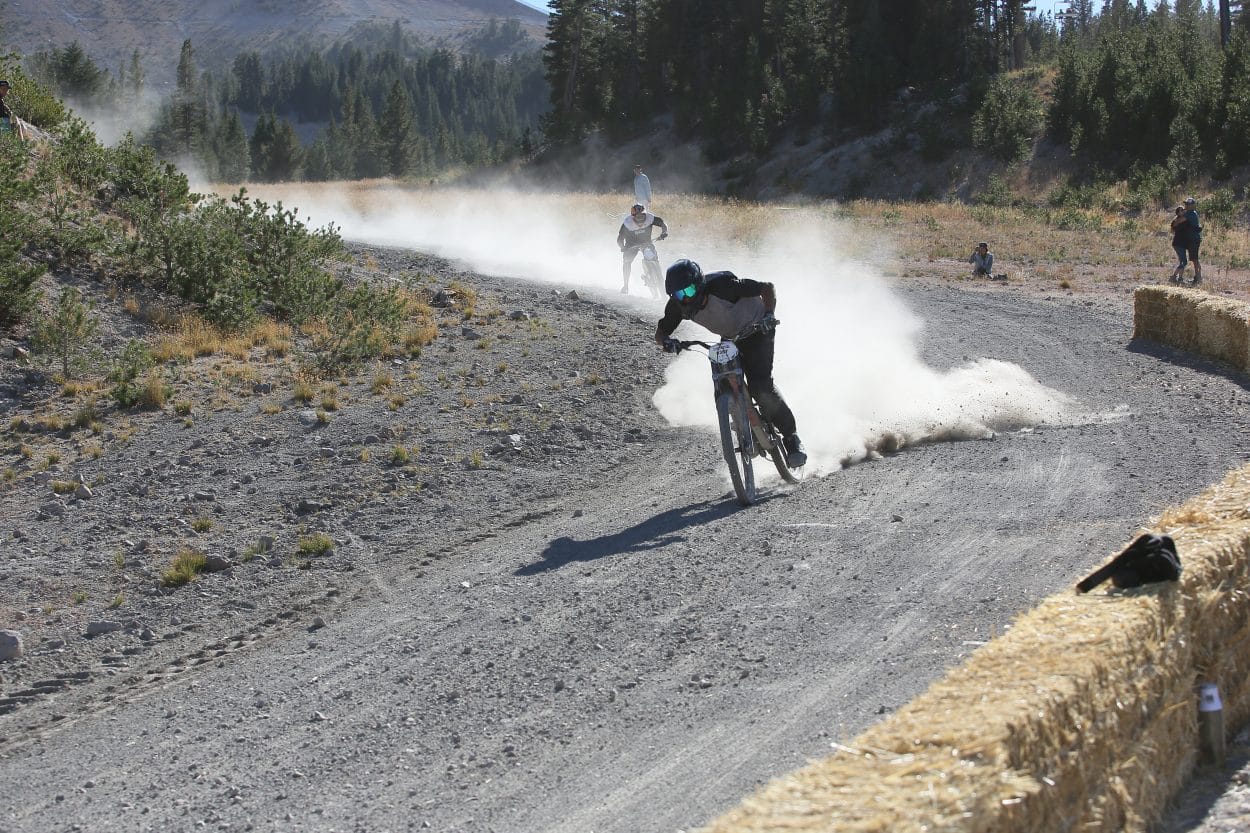 Chris Drake got a bit sideways at the bottom of the Kamikaze on his way to winning the Men’s 40+ race, with Box Components founder Toby Henderson taking second. 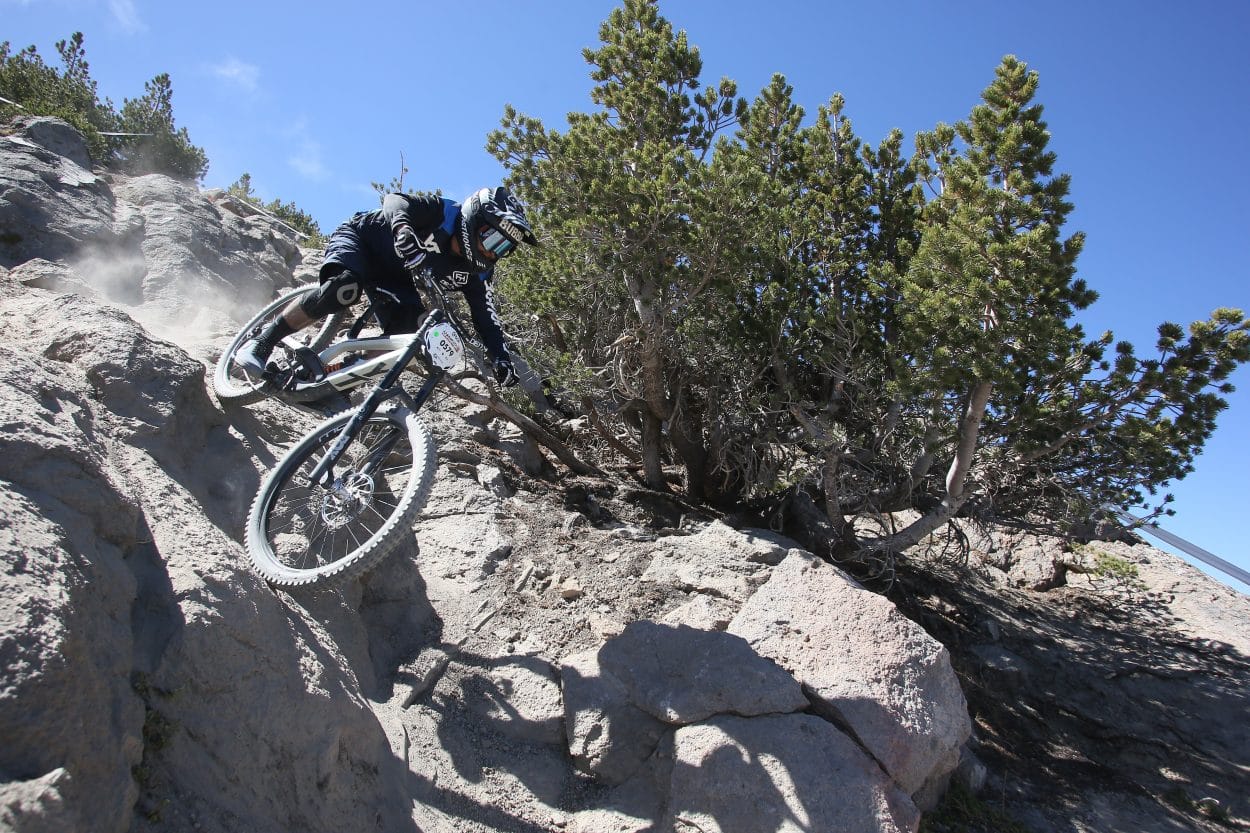 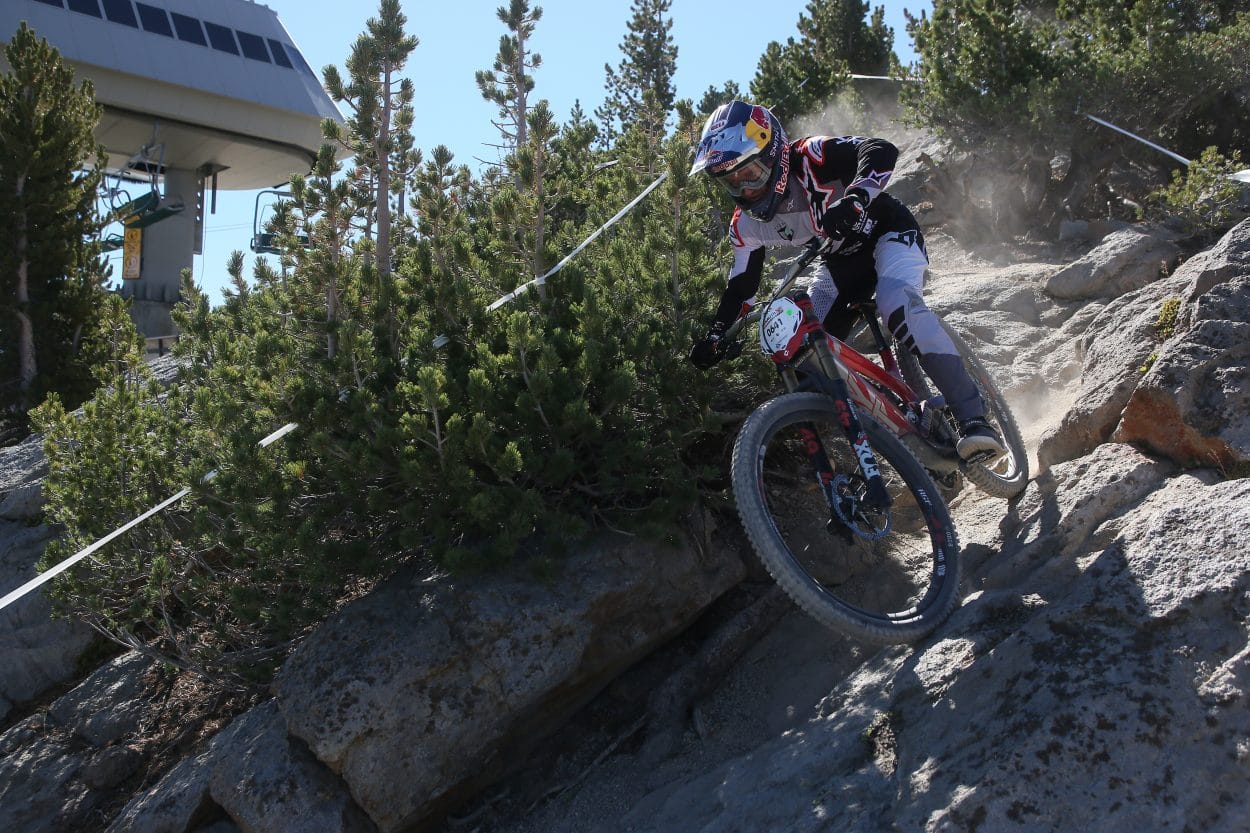 Aaron Gwin came out with his new YT Tues 29 downhill bike to score the win in the Pro GRT finals. When asked about his switch to 29ers, Gwin told MBA, “They’re fun. They suit my style well. I can push ’em a bit more. I can push ’em a bit faster.” When asked if he’d ever go back to 27.5, he said, “I can’t see myself going back for the future. The 29’s are a little bit more stable with better traction. I’ve also gone to a smaller frame. I’ve gone from an XL to an L.” 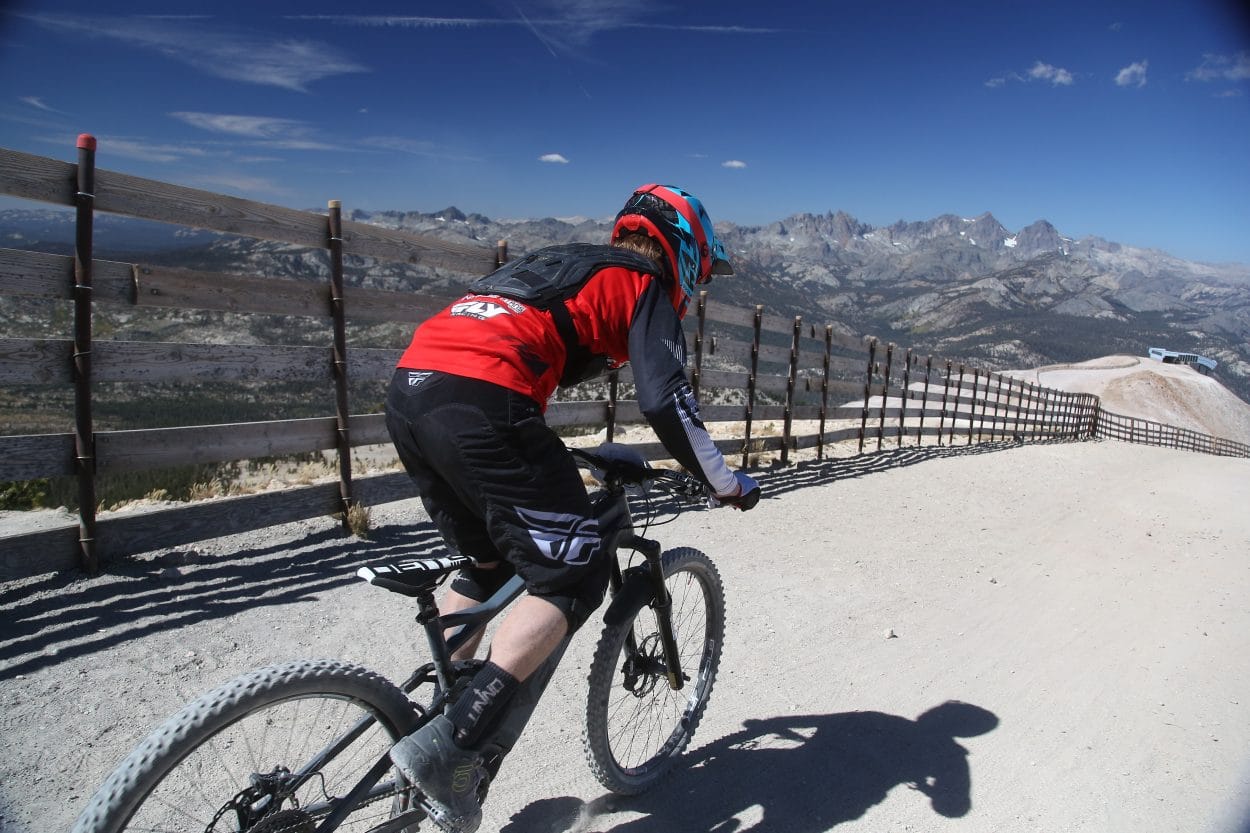 A rider takes off at the start of the Kamikaze racecourse. The top riders hit speeds of over 55 mph on the six minute-plus course. 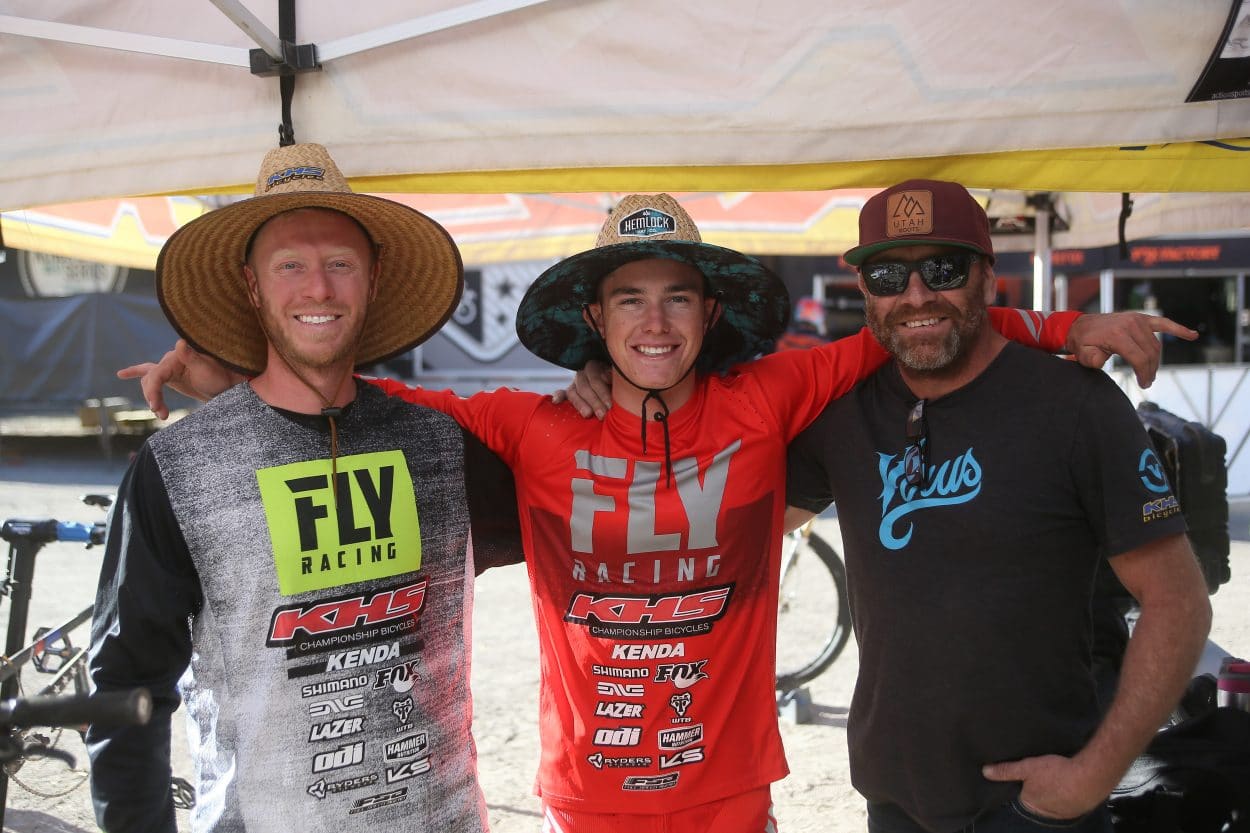 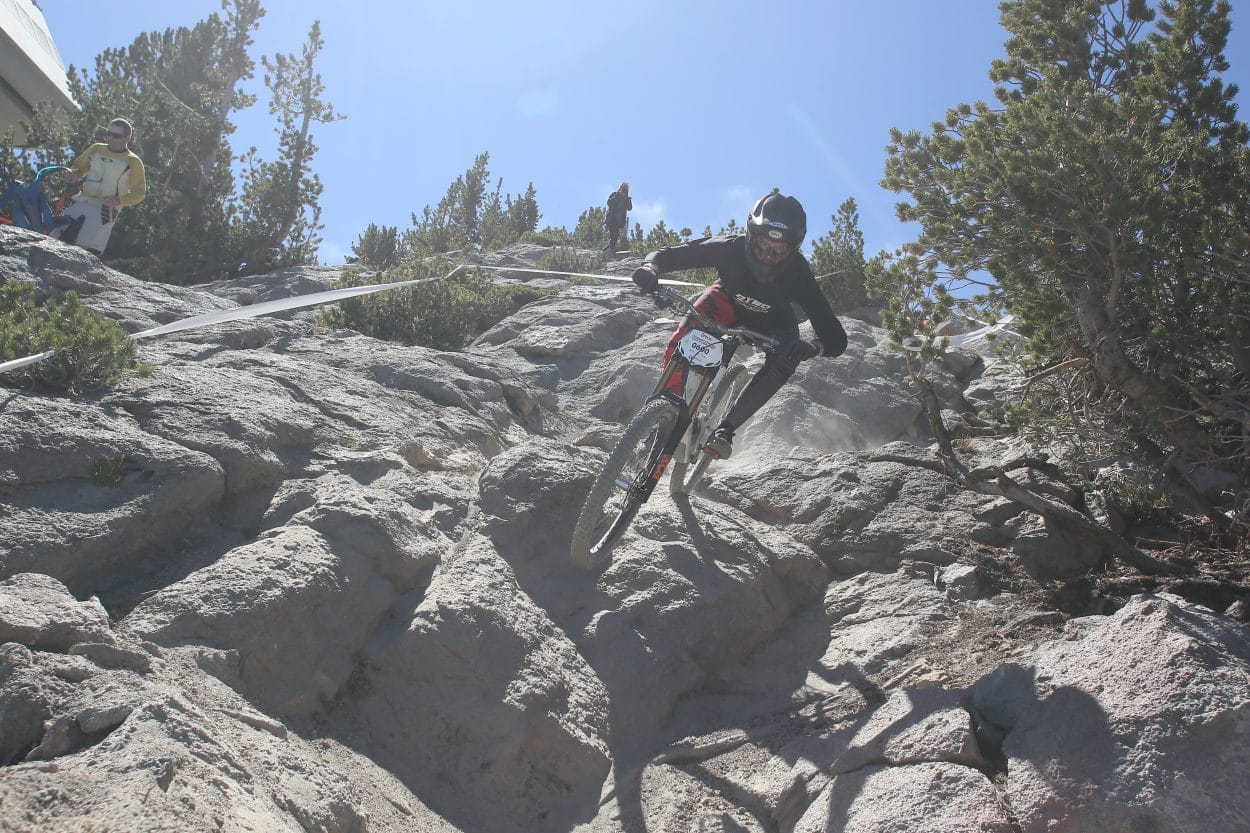 Santa Cruz’s Kiran MacKinnon took sixth in the Pro GRT Downhill race to win the year-end title for the series.

While Mammoth Mountain was clearly the premier race site in America 30 years ago, it’s now sometimes forgotten in the world of mountain biking, while other resorts, such as Whistler, British Columbia, have leapt to the forefront of the modern-day mountain bike consciousness.

Even so, Mammoth still draws thousands of riders to its slopes every year to enjoy the legendary location, escape the summer heat and ride in the comfort of the cool breezes on the trails of the 11,053-foot mountain. 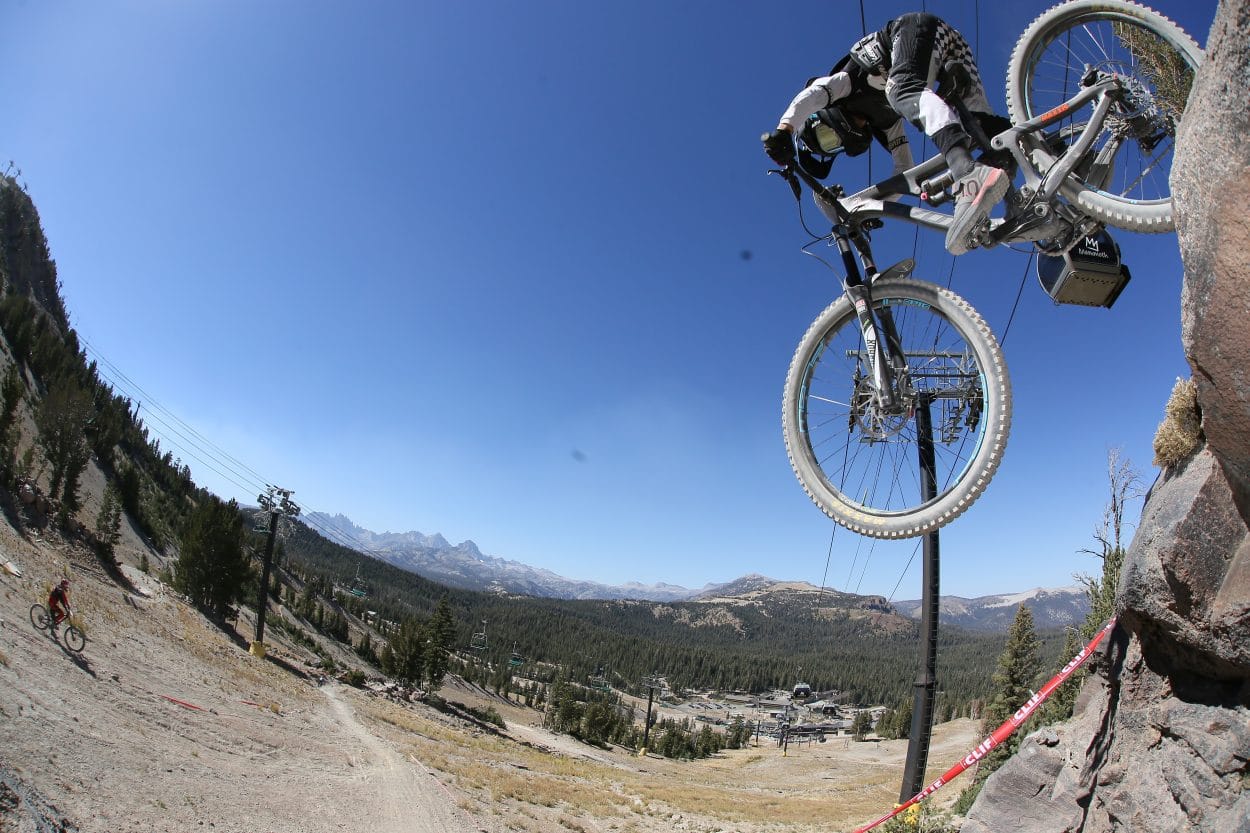 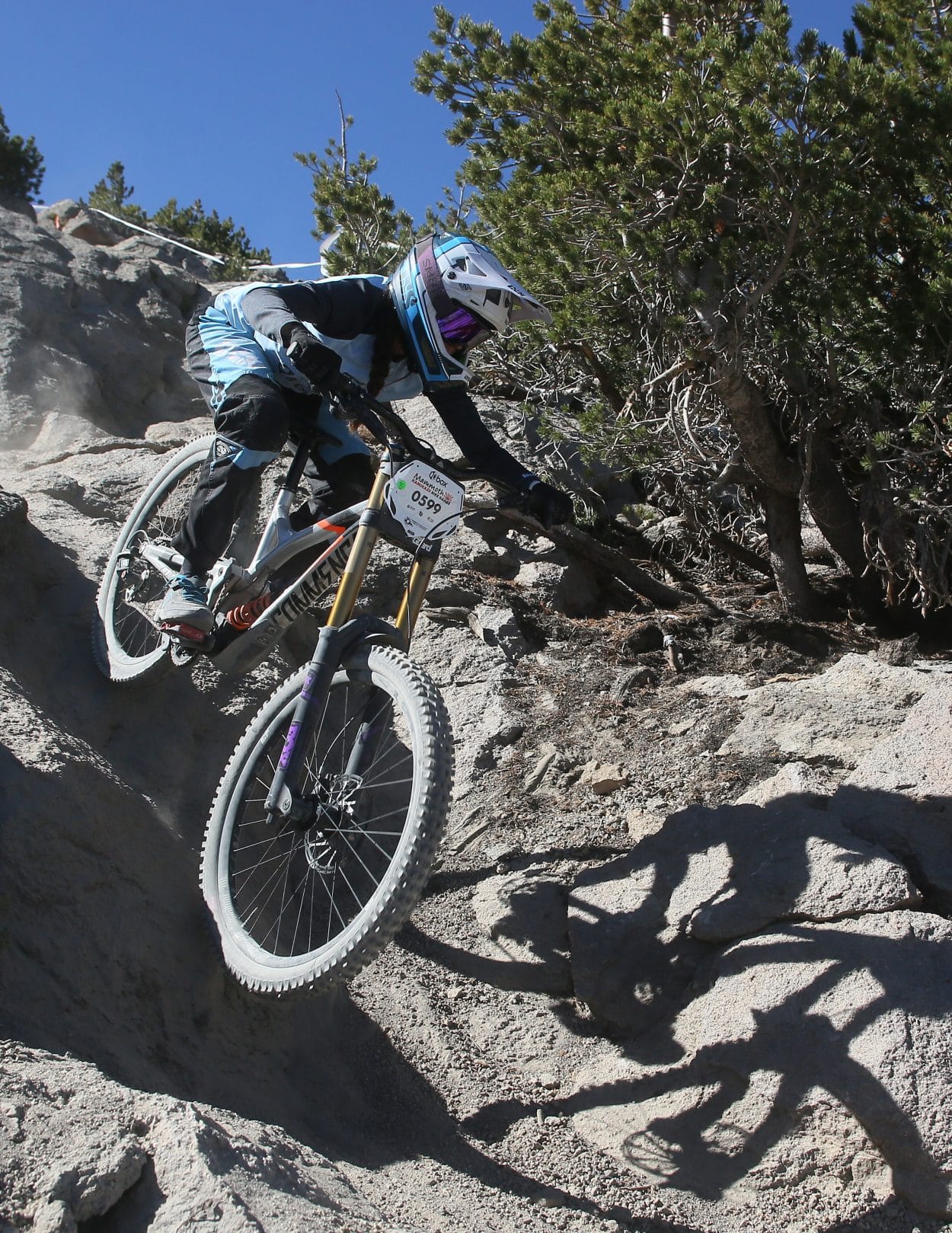 Camilla Nogueira bombs down a steep section on her way to the Pro Women’s Pro GRT Downhill win. 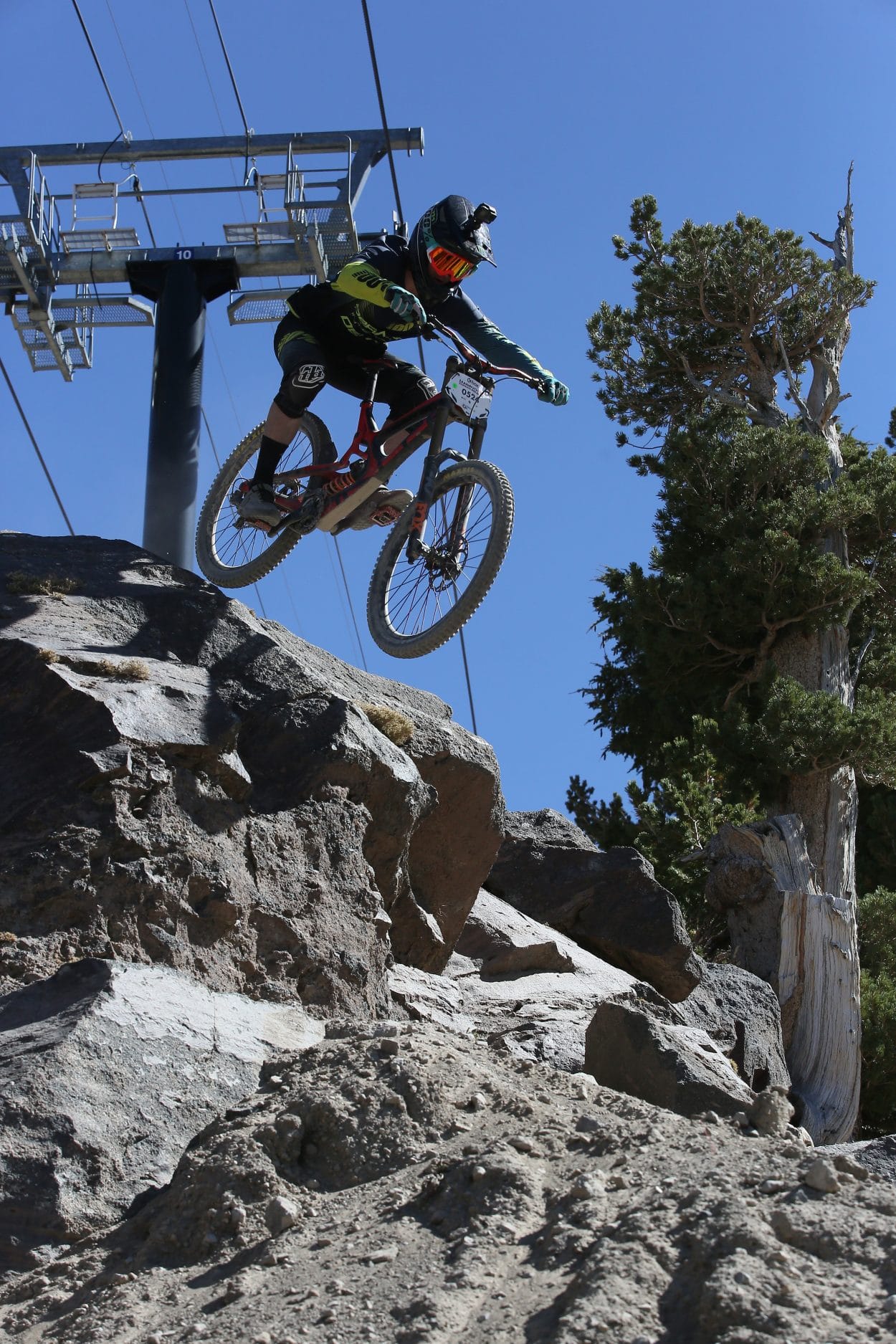 A racer attacks one of the bigger drops at Mammoth. 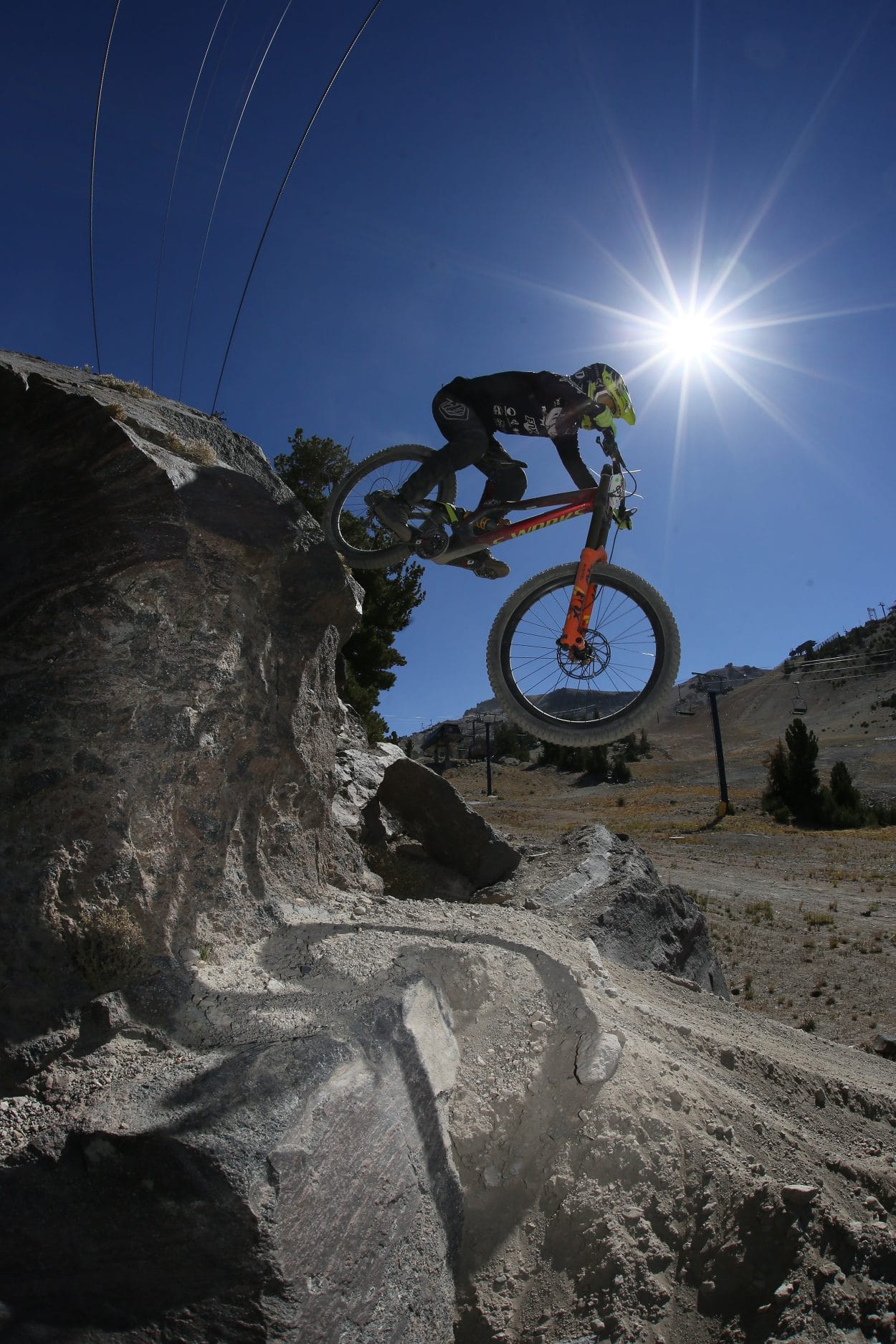 Taking a big drop on the Pro Downhill course. 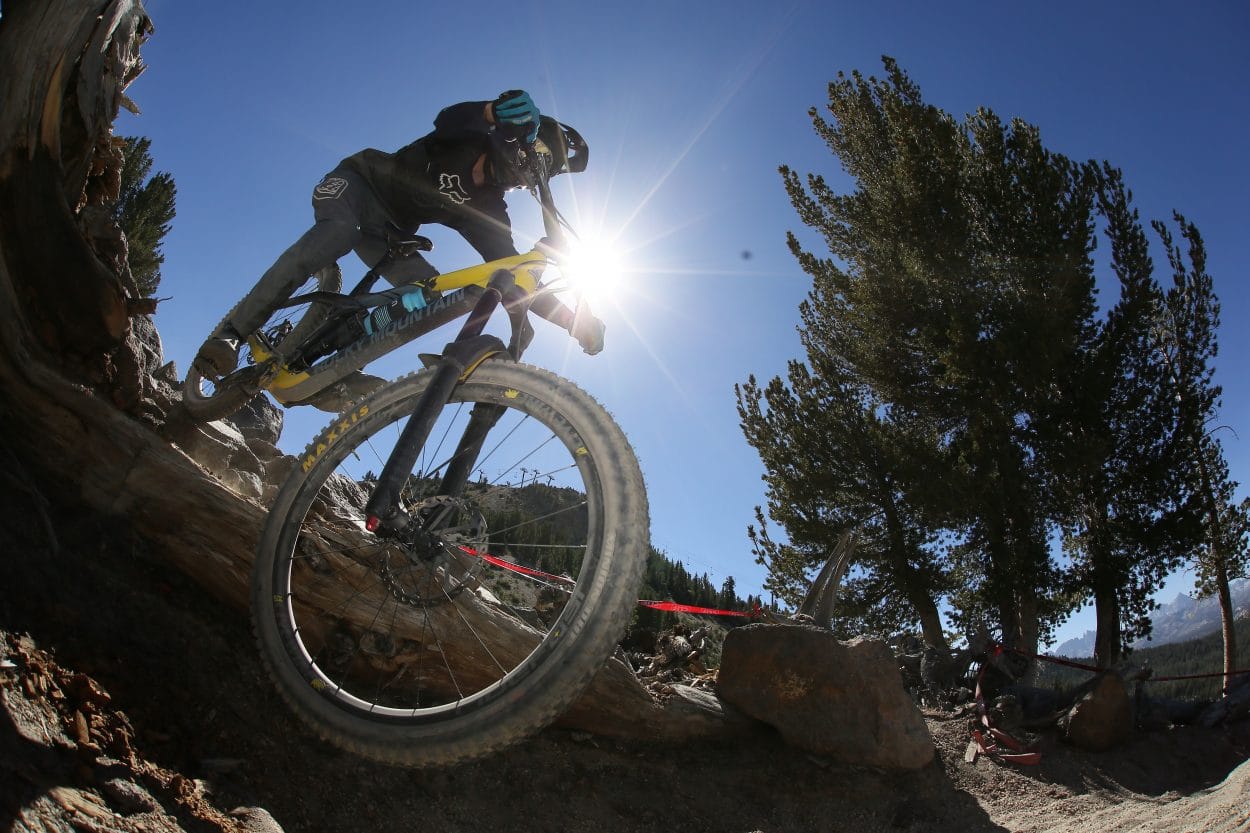 Charging down a steep section. 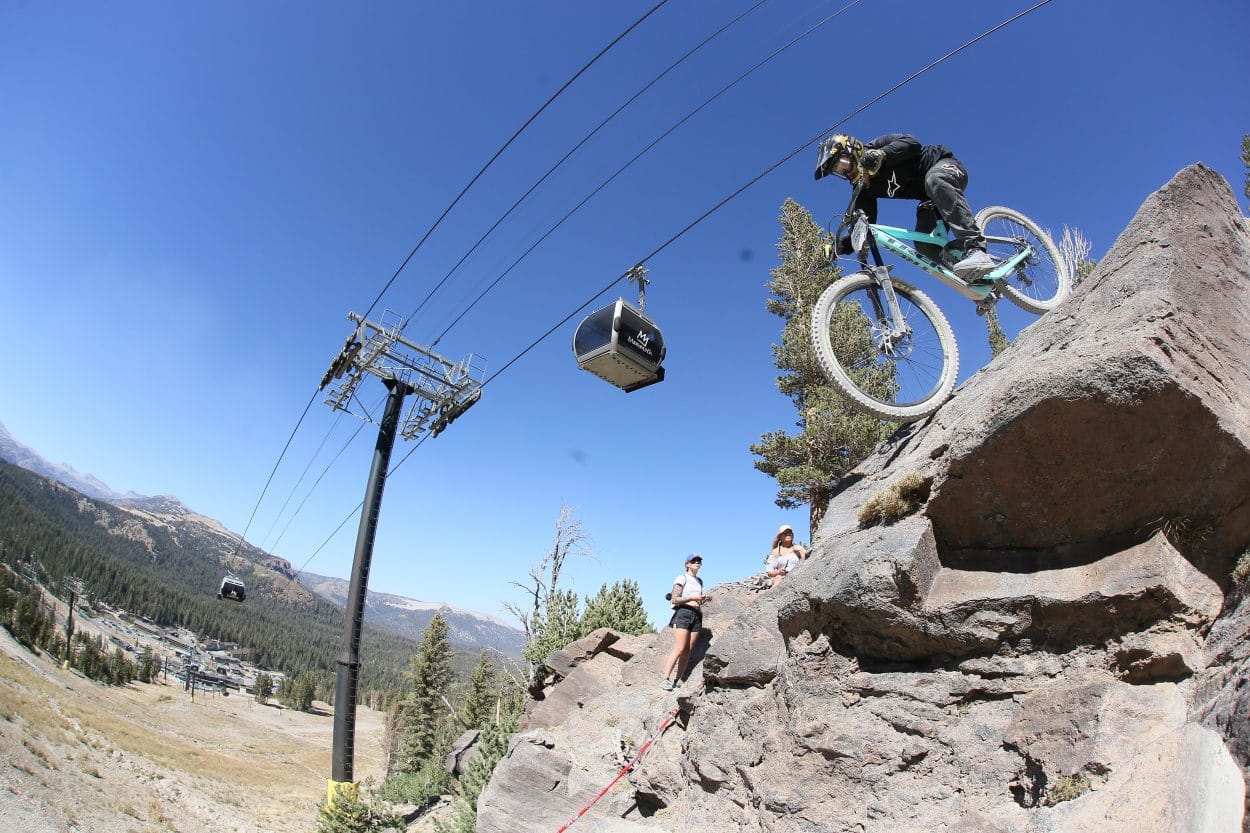 The Pro GRT downhill course was definitely not for beginners.

As one of the last big races of 2018, the Kamikaze Games brought a broad selection of riders back to Mammoth Mountain for one final festival of downhill and enduro racing, spread across a wide range of courses, including the legendary Kamikaze, a fire-road descent on one of the fastest downhill courses in the world.

Returning to the competition this year was Aaron Gwin, America’s five-time World Cup champion. He came back from an injury-plagued 2018 race season, brightened by only one World Cup win, to regain some of his legendary status by winning one of the last major downhill events of the year—the finals of the 2018 Pro GRT Downhill Series. 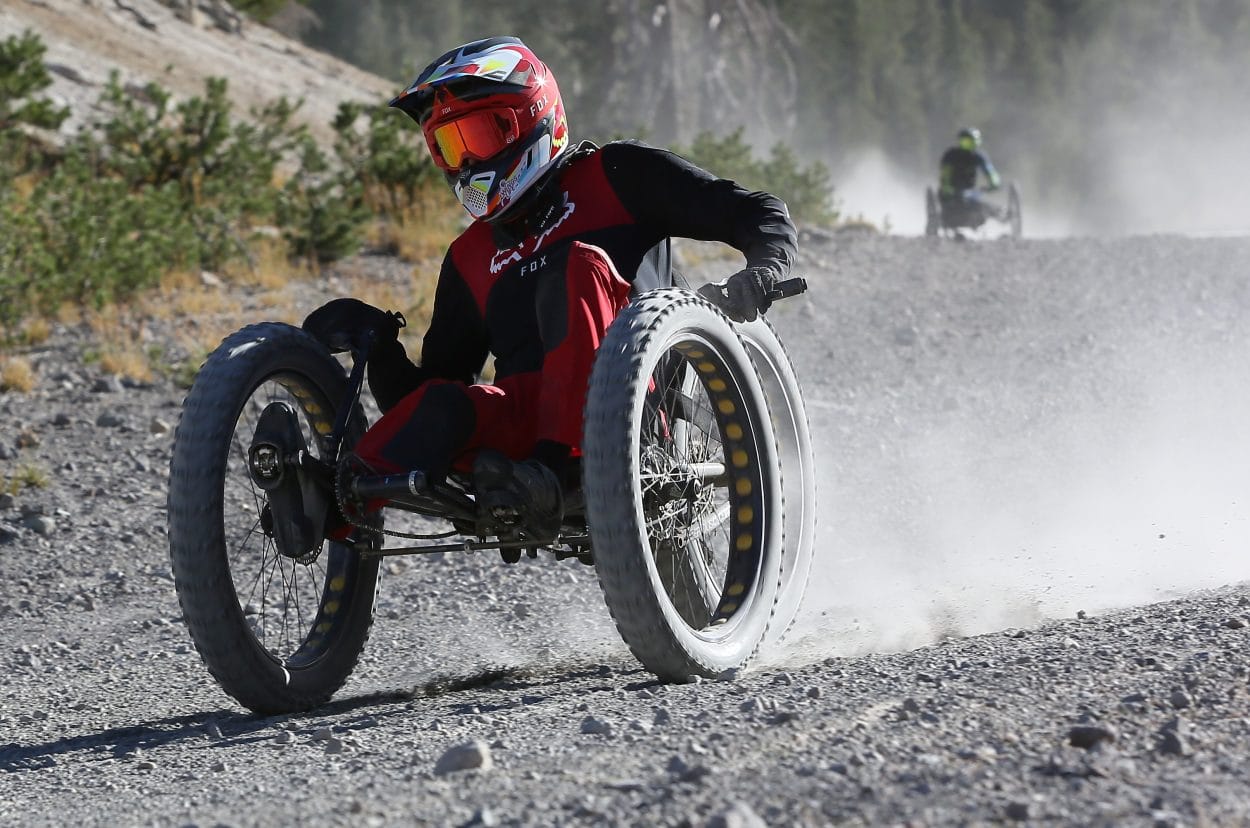 The Adaptive class had handicapped riders racing the Kamikaze course on three-wheel bikes. 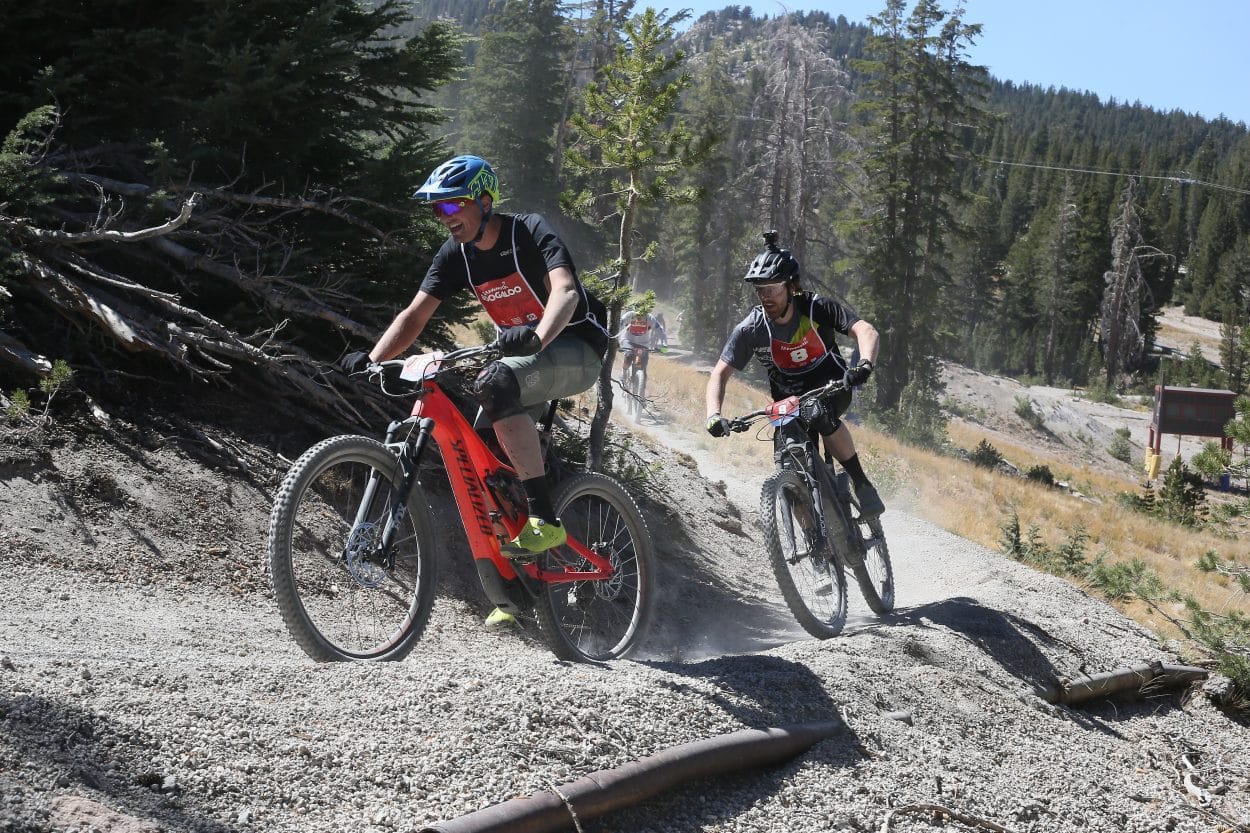 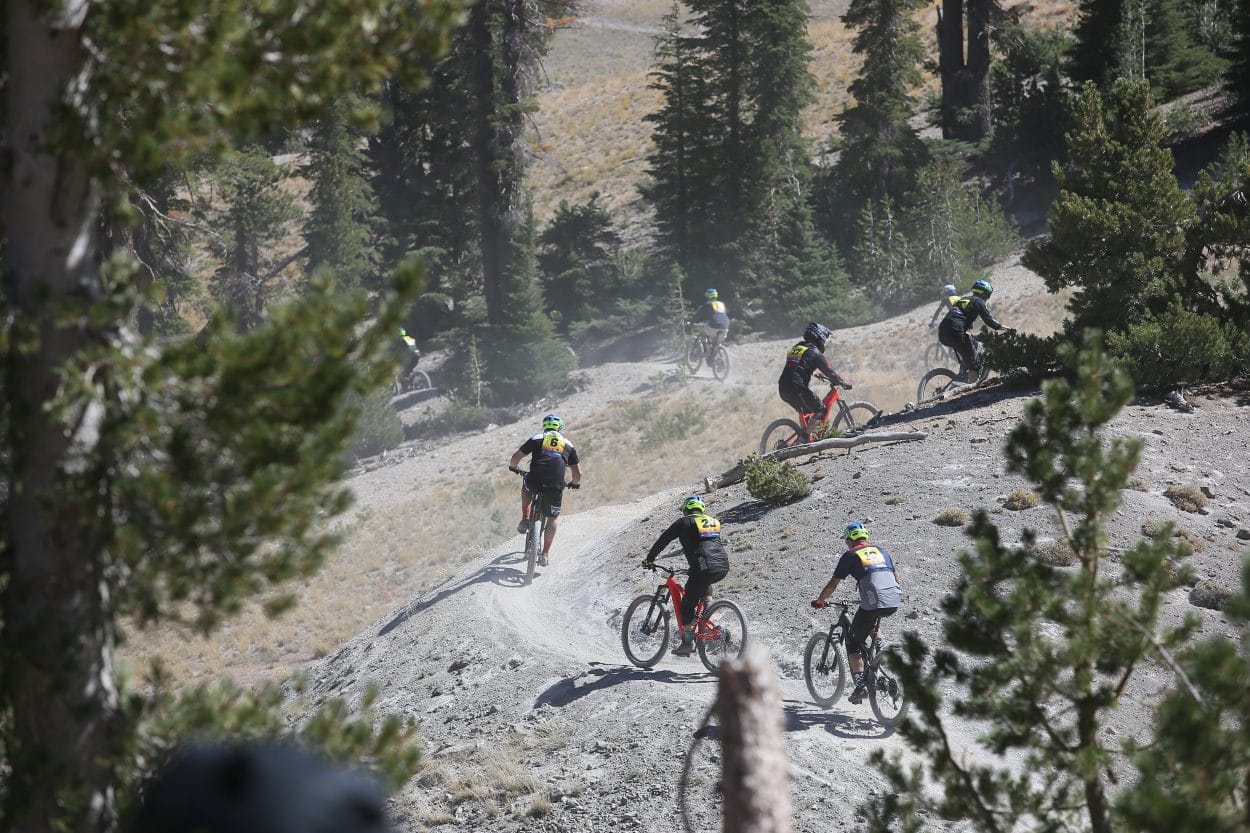 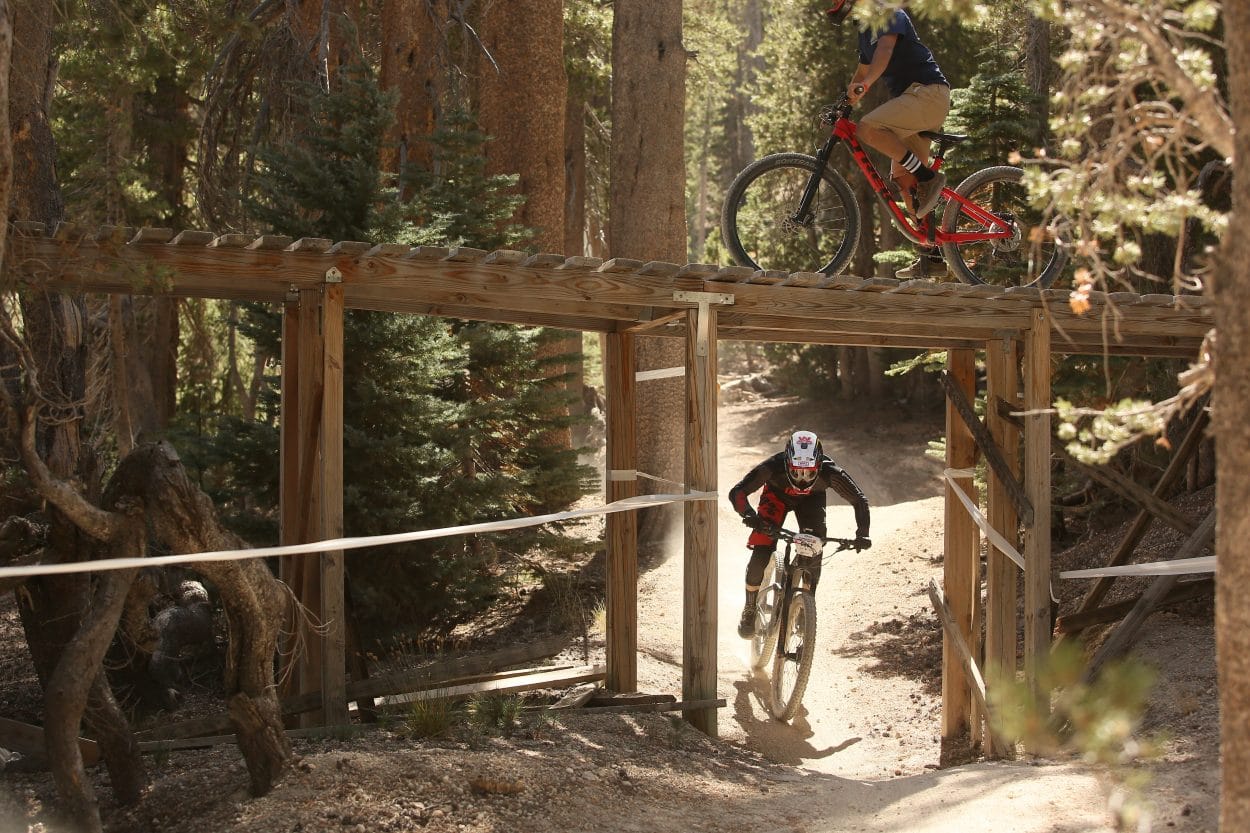 Former MBA test rider Spencer Rathkamp goes under a bridge during Mammoth’s Pro Men’s Enduro race. The class was won by Brian Lopes, who, at 47 years old, smoked the other 27 competitors in his class. 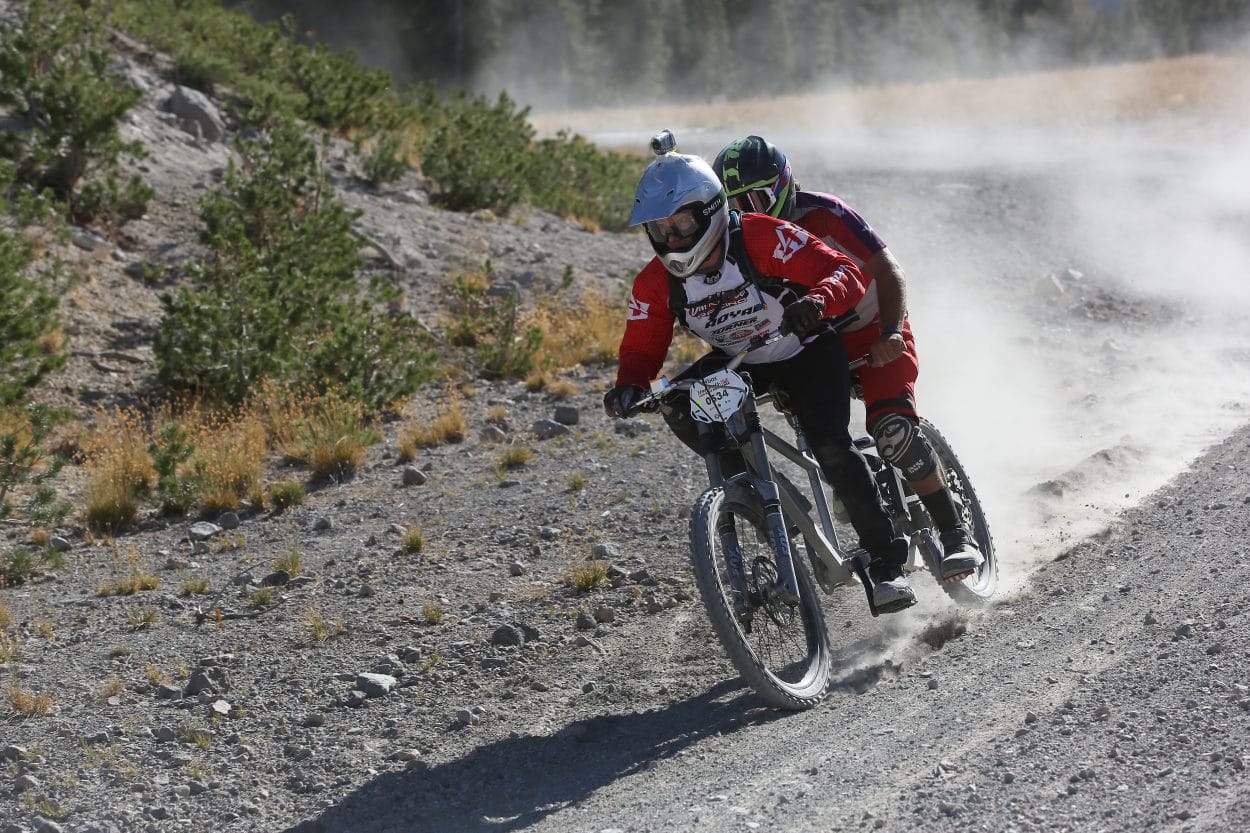 Tandem action on the Kamikaze course. 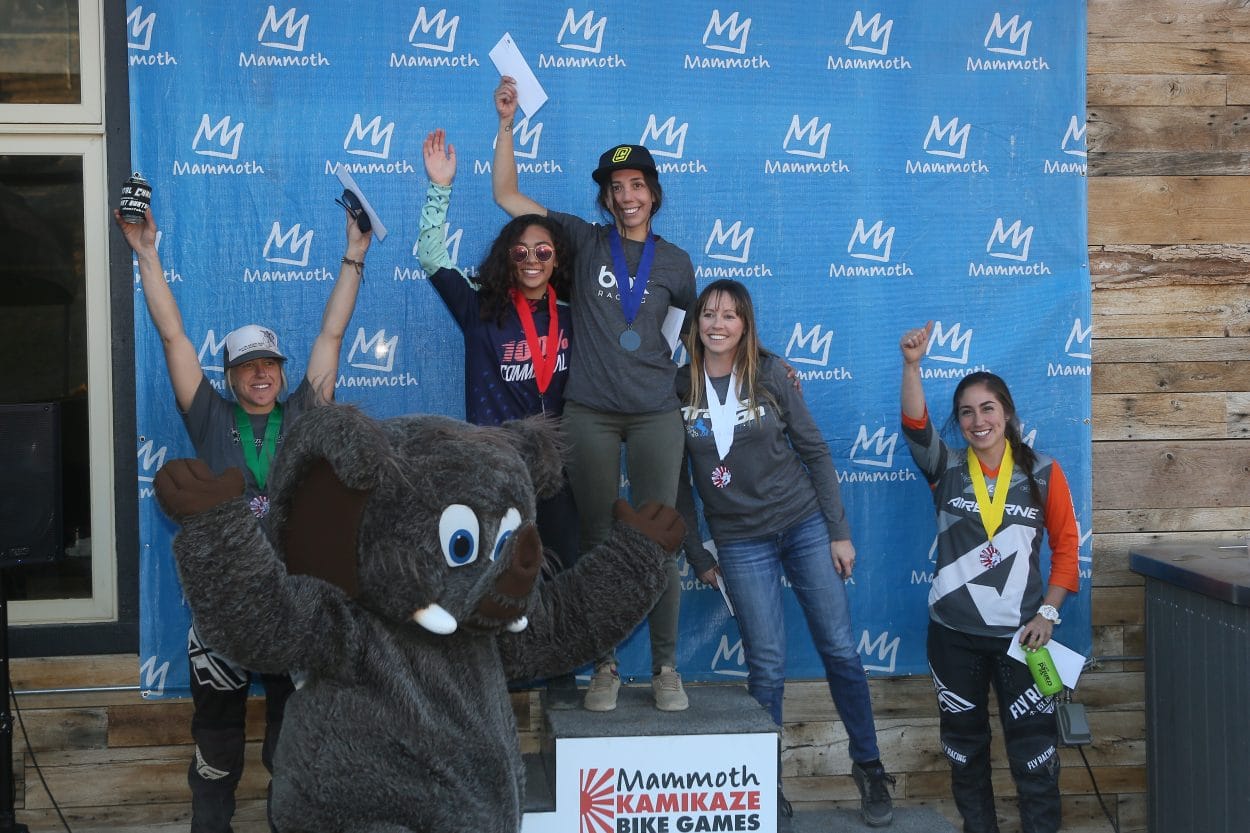 Camila Nogueira topped the podium in the Pro Women’s downhill. 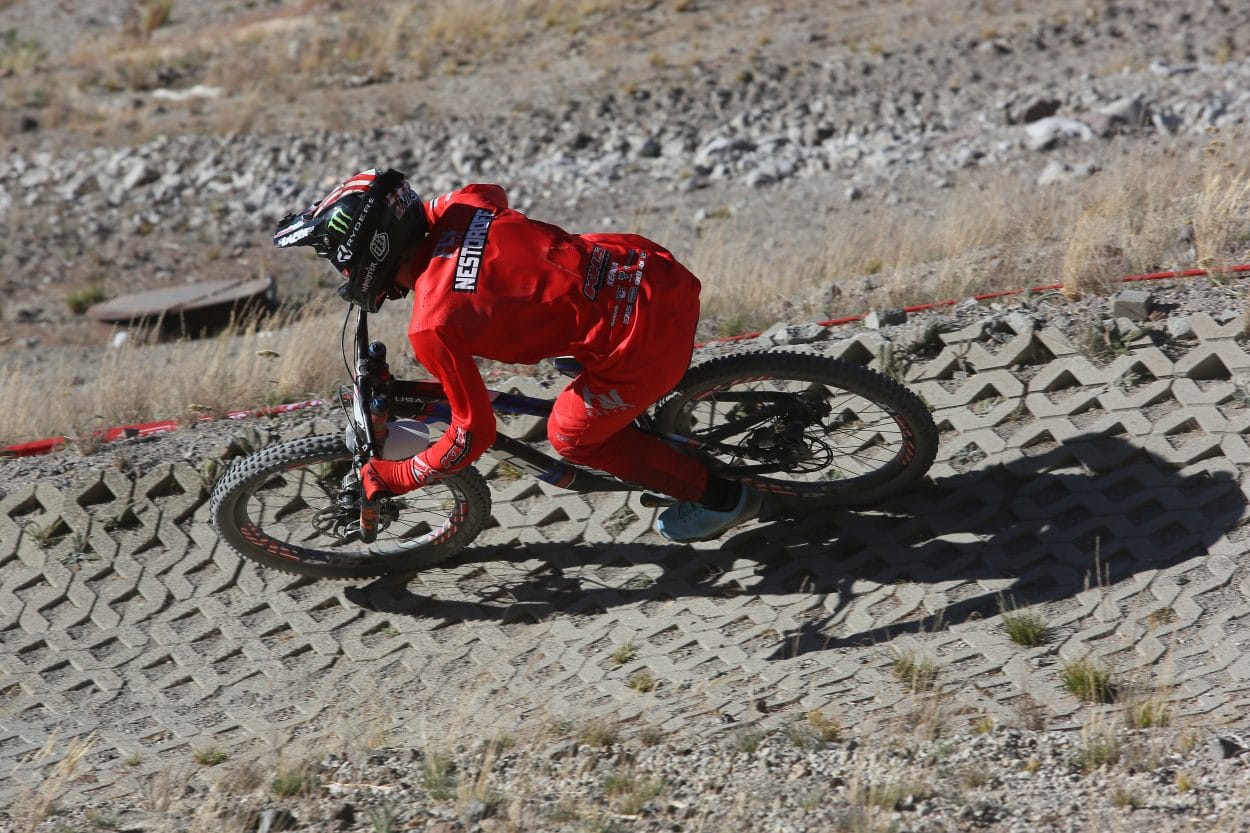 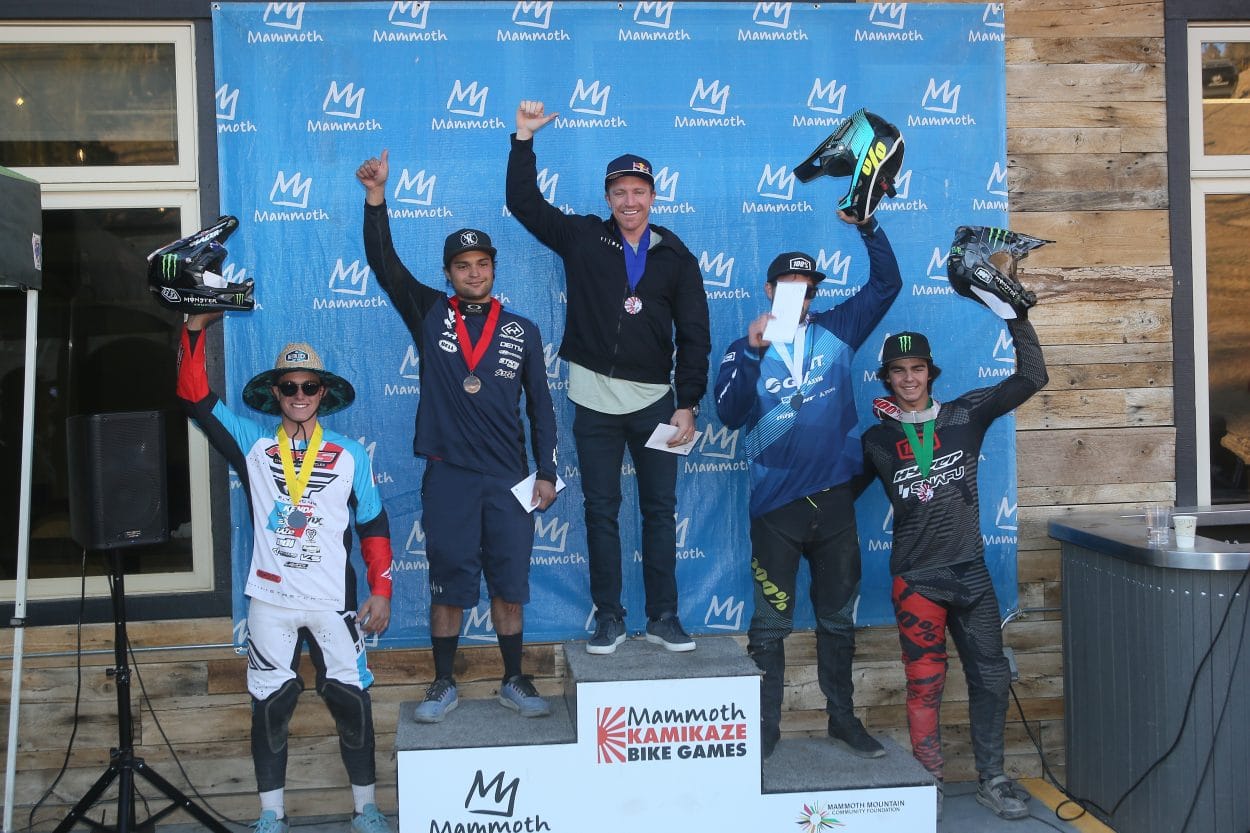 Aaron Gwin topped the podium in the Pro Men’s downhill.