March Trail Mix Madness: Your Photos From The Edge

This month’s Trail Mix takes a look at riders who like to ride on the edge. We are not talking about riding to the limits of one’s ability; we are talking about actual cliff-riding antics for those who don’t suffer from acrophobia. 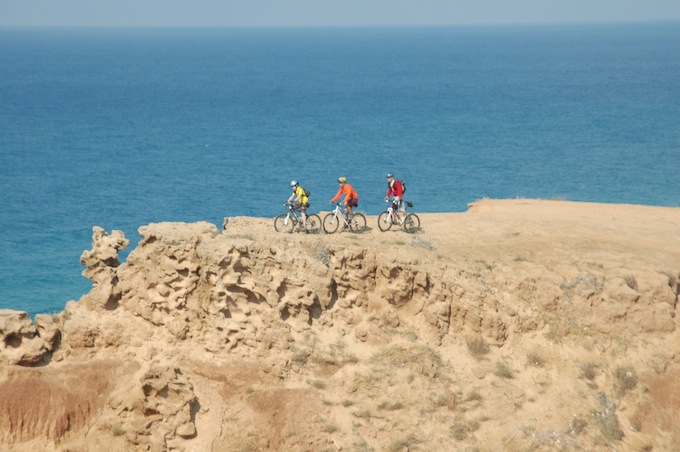 Riding the Sharon Shore National Park (on the Mediterranean sea) in Israel. The park is very sandy, and it is possible to ride within a few days after heavy rain. The three kids in the pictures are my two sons, Itamar (red shirt) and Omer (yellow), and their friend Eyal (in the orange).
Amnon Mordel,
Raanana, Israel 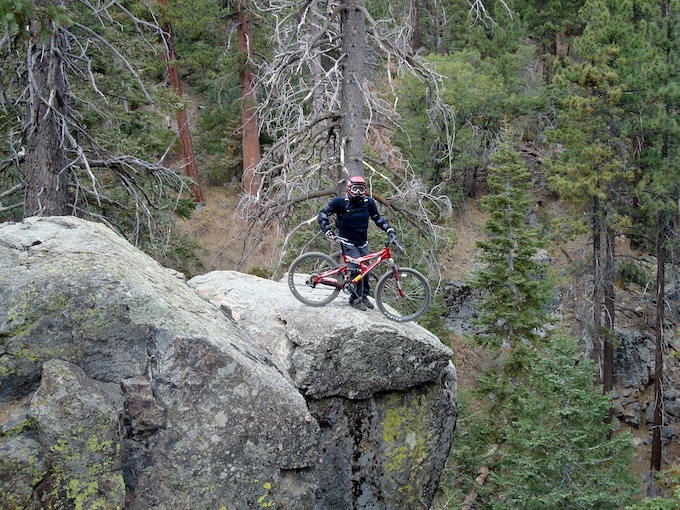 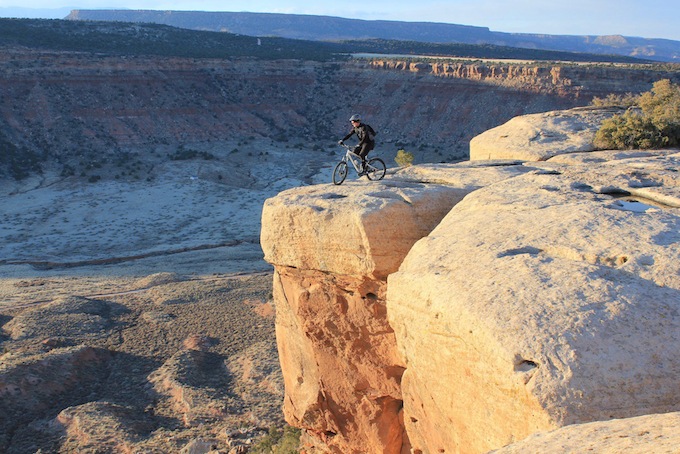 Guacamole Trail located near Zion National Park on top of a mesa overlooking the Virgin River near St. George, Utah. My friend Boone snapped a picture of me practicing a track stand.
John Myers
Kingman, Arizona 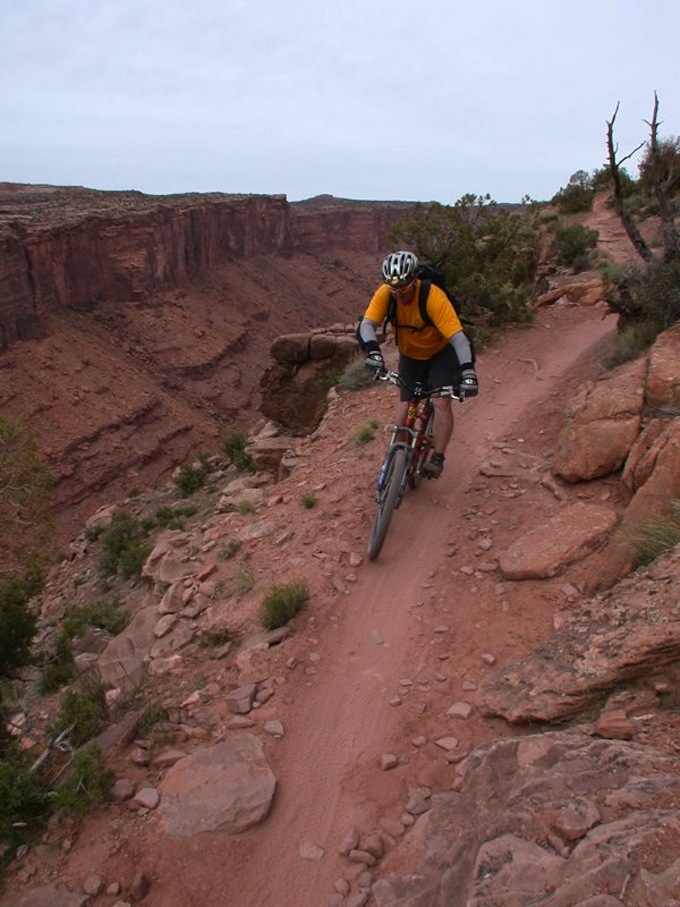 Michal Grau of Cincinnati, Ohio, threading the needle on Porcupine Rim Trail with a 2000-foot drop down to the River on one side and sandstone cliff wall on the other. Do or die on a 2-foot-wide dusty balance beam. Epic rides in an especially epic place.
Scott Payne
Cincinnati, Ohio 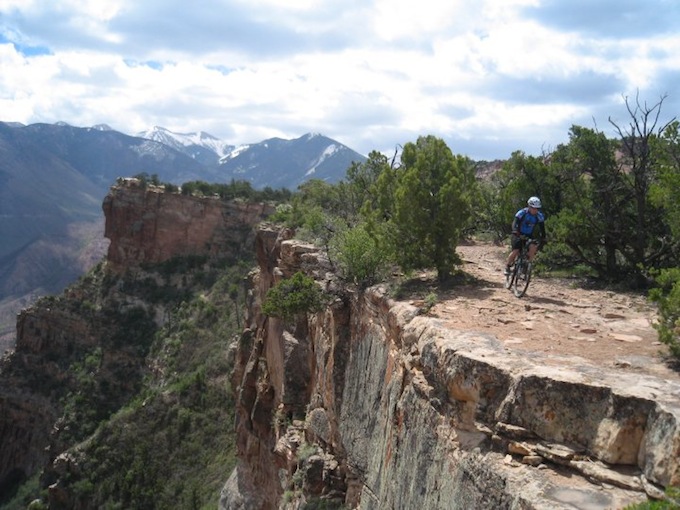 That’s me on the Porcupine Rim Trail in Moab, Utah. Had an amazing two weeks in the USA. Escondido, Prescott, Sedona, and Moab were on the list. Thanks to TD64.
Depestel Christ
Eeklo, Belgium 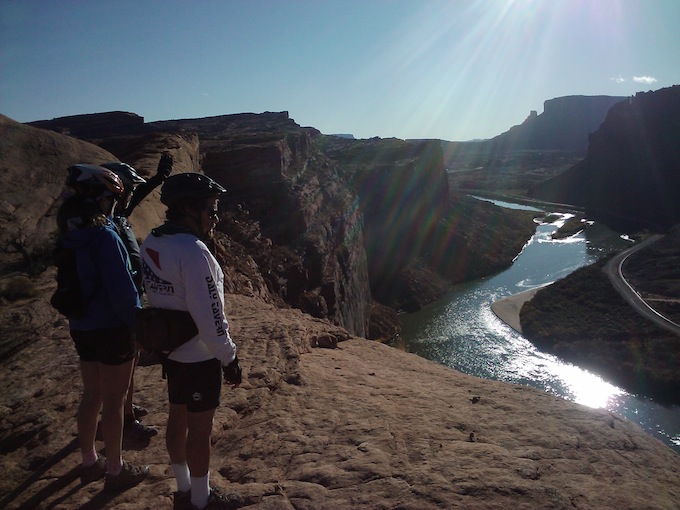 During our annual Thanksgiving in Moab, my friends, Jackie, Steve and Larry, take in the view of the Colorado River near Pothole Arch on Amasa Back.
Dale Ahrens
Carbondale, Colorado

CLOSE TO THE EDGE 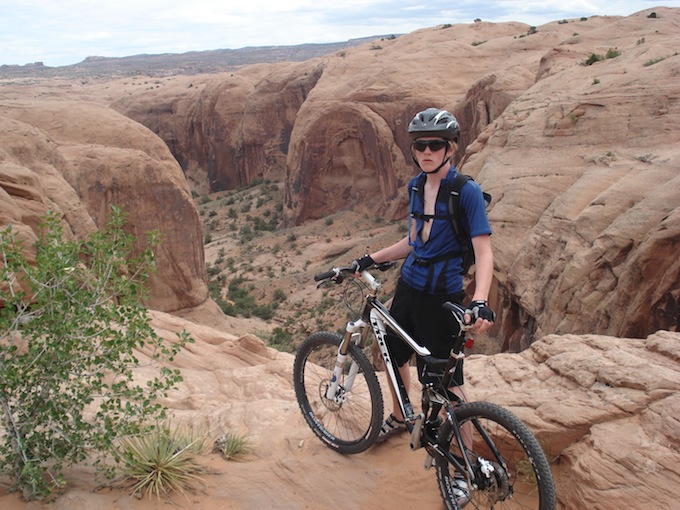 On a mountain biking vacation to Moab, my dad (taking the picture) on his Niner R.I.P 9 and me (in the picture) on my Trek Fuel EX 8, rode the Slickrock Trail. Probably the best trail we’ve ridden. It was awesome–and a lot different from the trails in Arkansas.
Jake and Curt Schneidewind
Rogers, Arkansas

TOO MUCH FRONT BRAKE 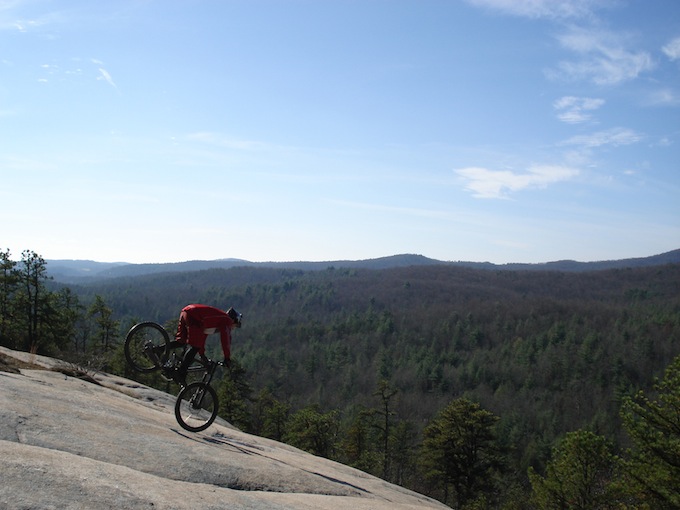 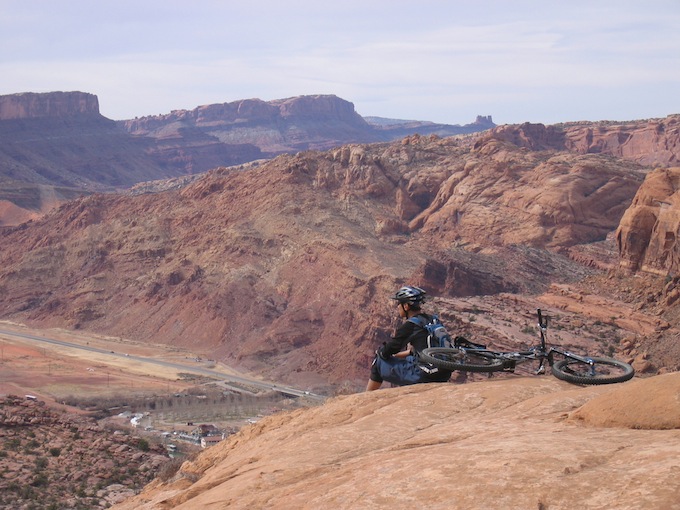 MOUNTAIN BIKE ACTION TRAIL MIX SUBMISSIONS
1. Image file size needs to be 600 KB or larger.
2. Tell us what is going on in the photo and include names.
3. Include your name, city and the state where you live.
4. E-mail it to [email protected]

BONUS:
Photographer Victor Lucas traveled to Ireland in 2006 with Hans Rey to shoot some photos on the Cliffs of Moher. These images have been seen by millions of people and Hans has said it was one photo shoot he does not plan to re-shoot. Many of the areas ridden for the photos have fallen into the ocean since 2006. 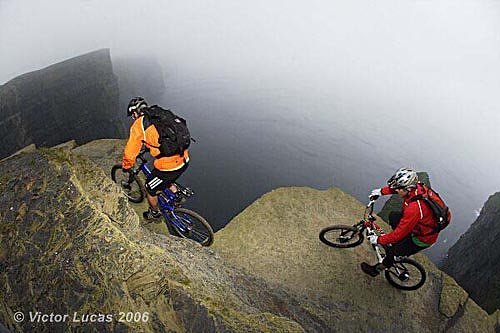 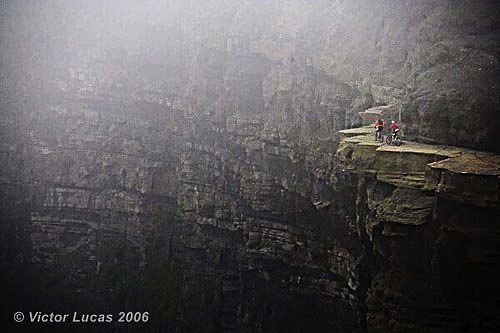