To celebrate the amazing support Maxxis receives from the New Zealand MTB community, Maxxis will release a limited edition Assegai tyre in partnership with the New Zealand Māori Arts and Crafts Institute (NZMACI), based at Rotorua’s Te Puia. This tyre will be rebranded as Taiaha – the name of a traditional Māori weapon – and emblazoned with unique and meaningful Māori artwork. The Taiaha tyre will be released at Crankworx Rotorua, the first stop on the 2019 Crankworx World Tour. All profits from the tyre will be donated to trail building in Rotorua. 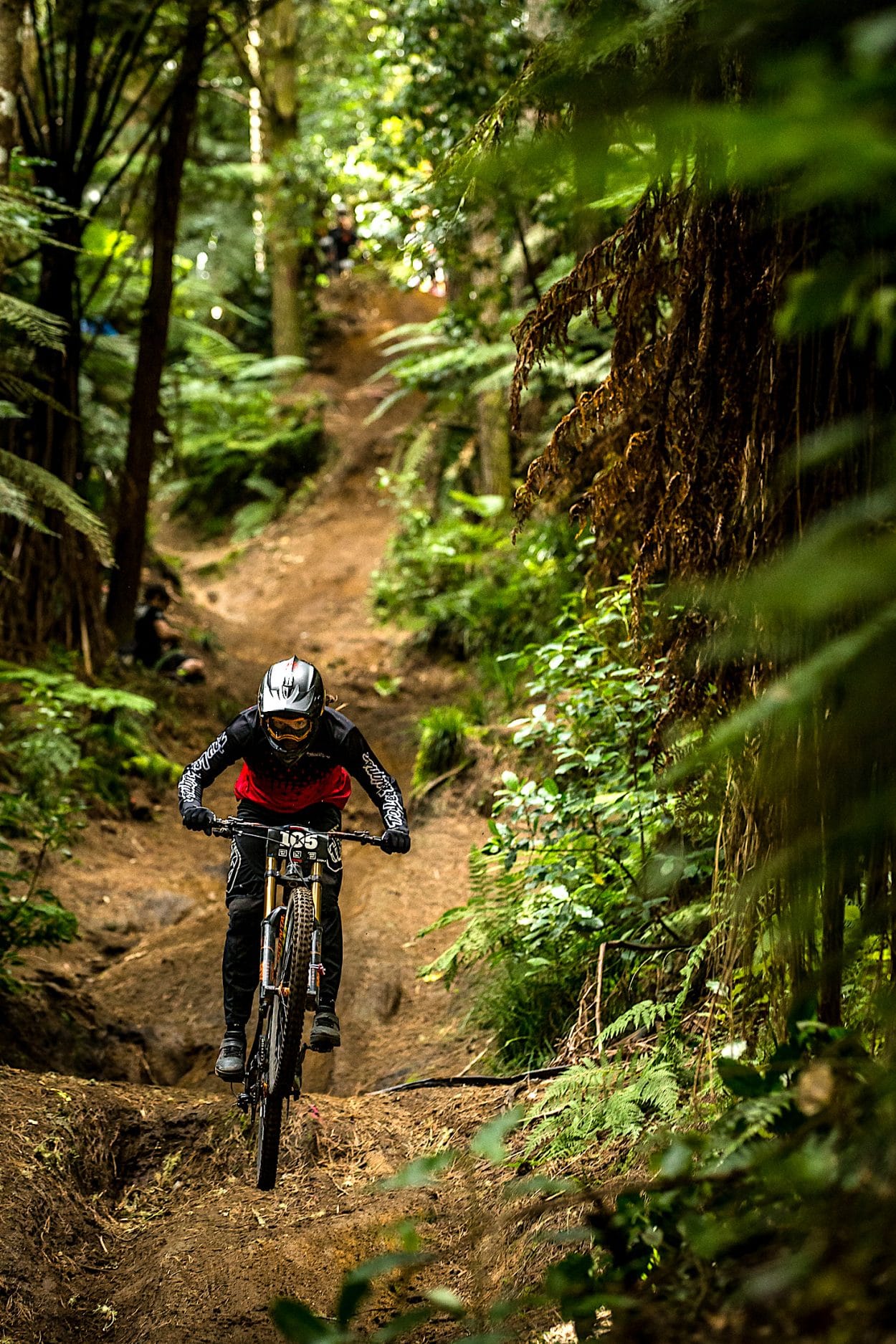 From the first tyre Maxxis released, New Zealanders have understood and chosen Maxxis to be their weapon of choice for battling the local trails and experiencing all that our unique land has to offer. And for taking on the world’s best, New Zealanders from current King of Crankworx Sam Blenkinsop all the way back to local legends such as 2001 and 2002 NORBA winner John Kirkcaldie have trusted Maxxis. 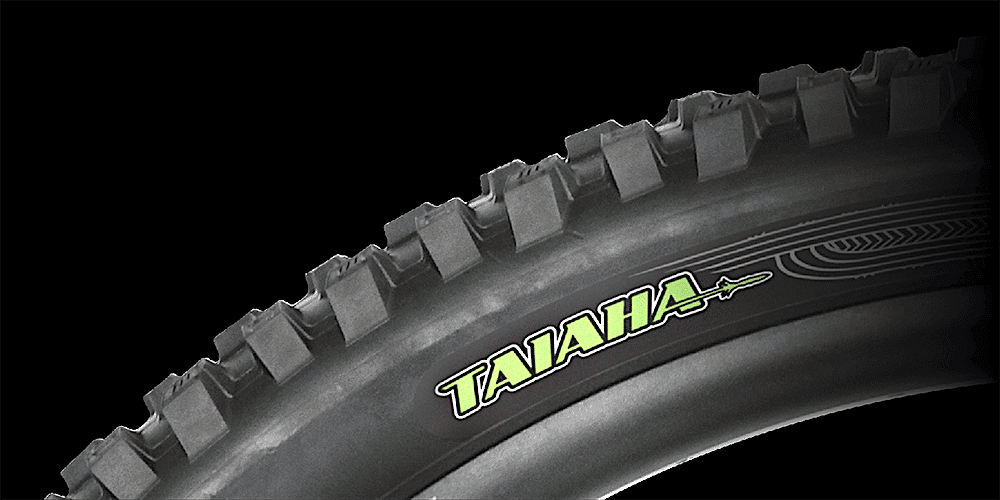 In celebration of this special connection, Maxxis has partnered with NZMACI to develop artwork for the Maxxis Taiaha. “This year marks Maxxis’ first as the official tyre of the entire Crankworx World Tour. With Rotorua serving as the kick-off to the season, we knew we wanted to do something big. We are honoured to work with NZMACI and Marleen on the creation of the limited edition Taiaha tyre for Crankworx Rotorua. It was a fun project and one that will educate visitors on Māori culture in addition to funding local trail building projects,” said Aaron Chamberlain, Maxxis’ bicycle marketing manager.

The Taiaha tyre follows a similar collaboration in Africa, which saw development of the Maxxis Assegai tyre, named after a weapon used by the Zulu tribe. The Taiaha is a traditional long staff weapon used in hand-to-hand combat by Māori warriors. Today, it is used by kapa haka (Māori war dance) proponents to demonstrate their skill and is a part of traditional ceremonies. 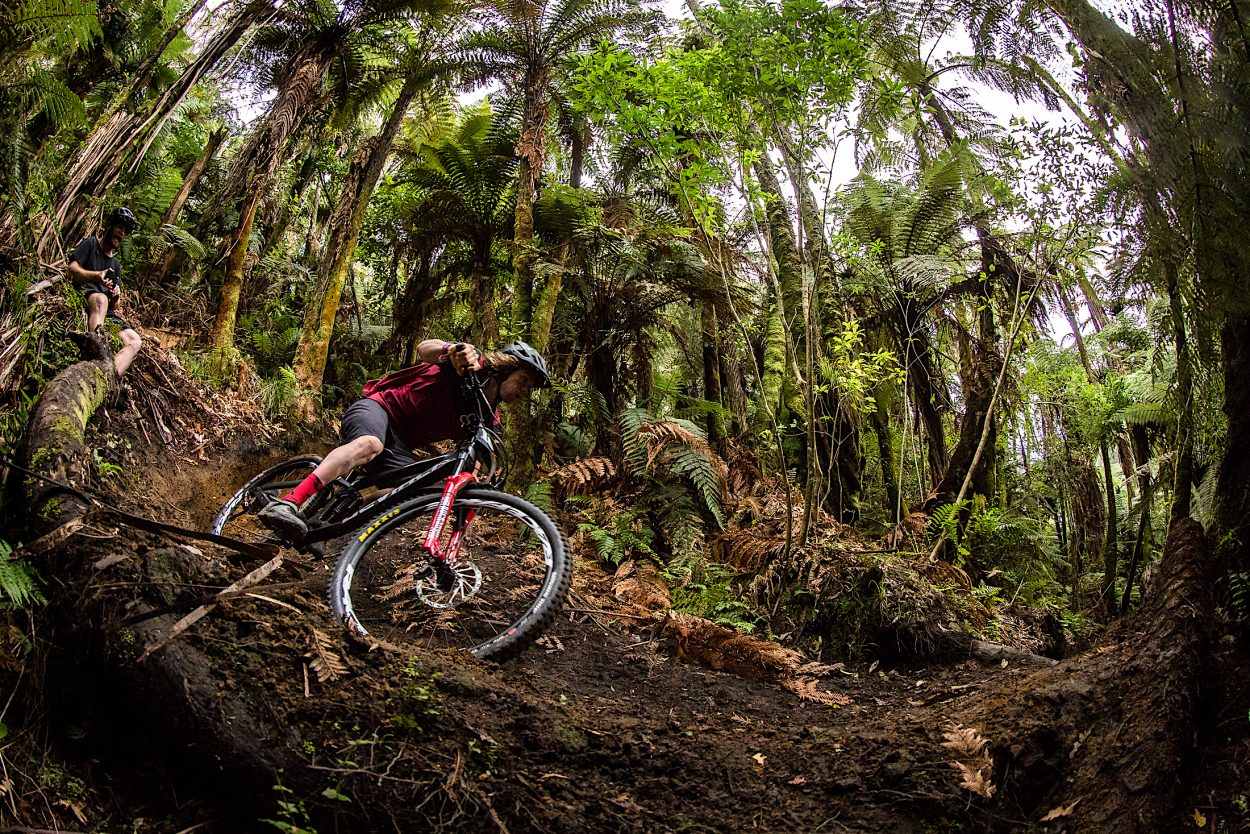 In the same way as a Tā moko, or Māori tattoo, the design for this tyre portrays its own unique tale. Inspired by the concept of “ripping up the trails”, the curved design on the tyre itself represents a distorted line, representing the movement and curves of a trail, while the niho, or Taniwha teeth (represented by the arrow-like design) pay tribute to the snarling tread of the tyre. A unique mudguard has also been developed and features pūhoro representing movement and speed – a design often seen on canoes.

NZMACI designer Jacob Tautari says the process was similar to designing a tā moko (traditional Māori tattoo), where the shape and design are not predetermined, but are instead created following conversation between the artist and the recipient, representing an individual story. With NZMACI mandated by the New Zealand Government to preserve, promote and perpetuate Māori arts and crafts, Tautari says the Maxxis Taiaha is another unique way to share Māori culture with the world. 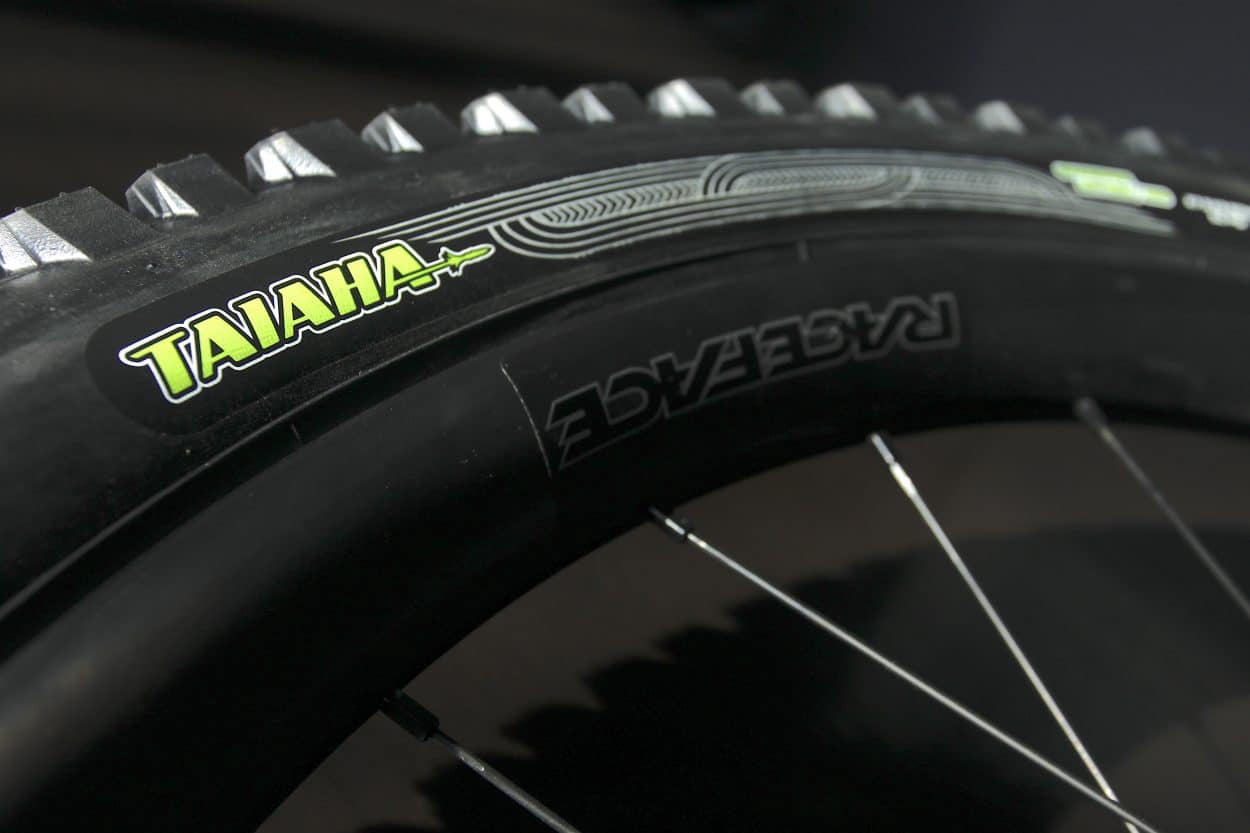 Te Puia General Manager for Sales and Marketing Kiri Atkinson-Crean agrees that the tyre collaboration is yet another way NZMACI is continuing its mission: “Applying our uniquely Māori concepts to this contemporary medium is another way to profile Māori culture, values and traditions in today’s world. It provides us with another important opportunity to share our culture with the world and it is really exciting to think these tyres will be seen on trails around New Zealand – and the globe.”

Bevan Burgess, product and marketing manager for Marleen Wholesalers Ltd, Maxxis’ distributor in New Zealand, says the Taiaha tyre is a fantastic way to share New Zealand’s unique culture and traditions with mountain bikers around the world. “From the time Maxxis released their first tyre, top Kiwi riders have been taking on the world’s best using Maxxis as their weapon of choice. The fit with the Taiaha tyre, drawing on the authenticity of the NZMACI brand, is a natural one,” said Burgess. 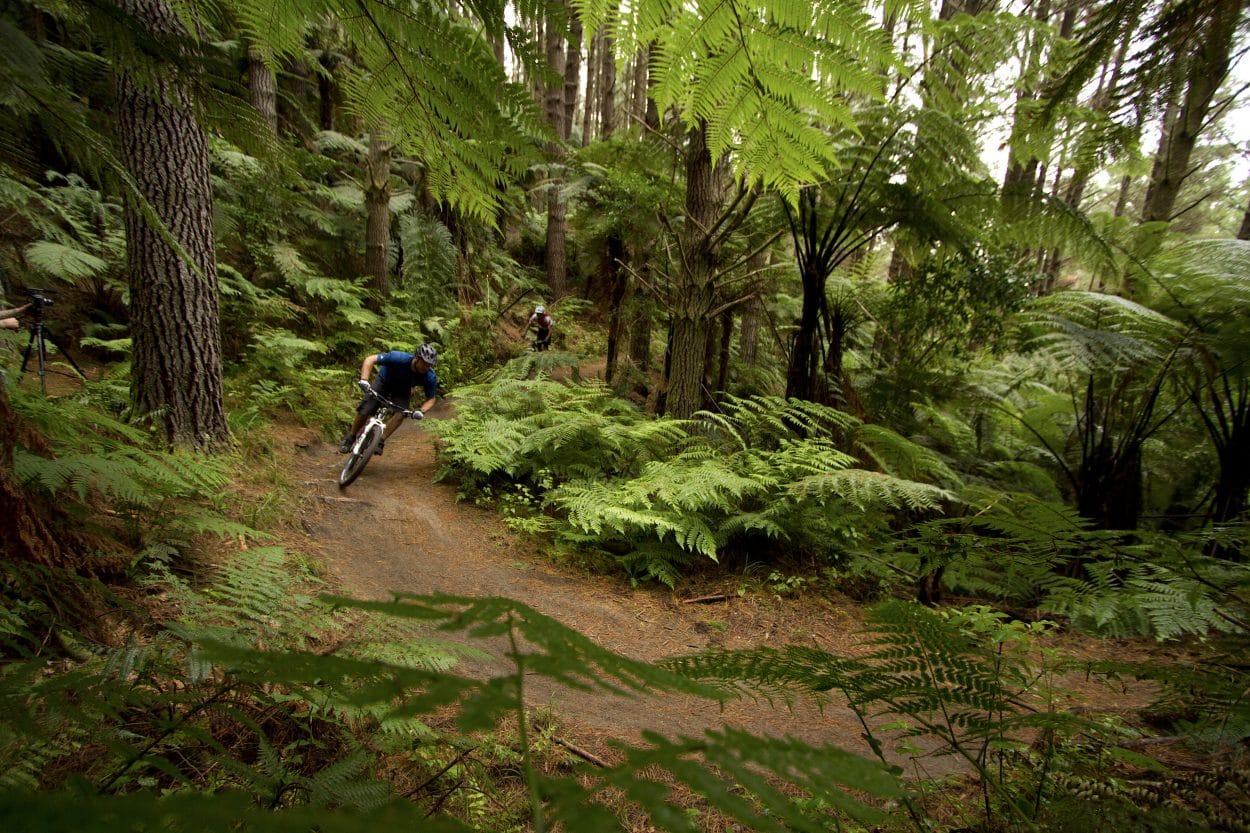 The limited edition Maxxis Taiaha tyres will only be available at Crankworx Rotorua 2019, featured along with other events, displays and items celebrating Maxxis as New Zealand’s (and the worlds!) weapon of choice.

Tā moko (traditional Māori tattoo) is a tradition which is experiencing a resurgence in New Zealand and around the world, with Māori and non-Māori wearing their stories on their skin. However, the process and tradition remains the same with each moko telling the unique story of the wearer. The design of each moko is created through a korero (conversation) with the artist, with each symbol representing an aspect of that person’s story. The design is drawn in pen before being etched into the skin using a tattoo gun. Often, the artist and recipient do not know what the design will look like until it is finished – instead it is somewhat of an intuitive, storytelling process that develops through the course of the tattoo experience. 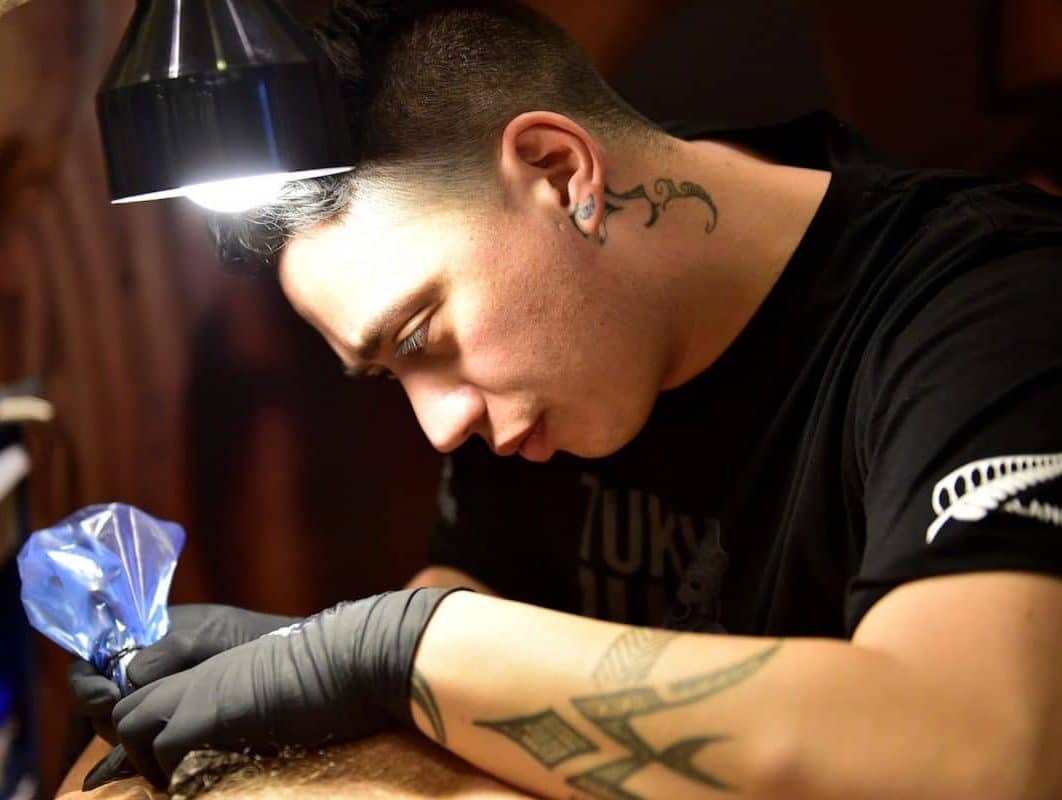 With a background in tā moko, Jacob Tautari first became involved with the New Zealand Māori Arts and Crafts Institute as a carving student five years ago. The first in his family to be involved in Māori arts, Jacob says he was drawn to tā moko in his teens, a passion which intensified after he studied carving. He found a noticeable link between his tā moko background and carving, and now draws on both skills as one of two artists at NZMACI’s tā moko studio Te Whare Toto Ariki, based at Rotorua’s Te Puia. A descendant of Ngāti Hine, Ngati Maniapoto, Ngāi Tahu, Kati Mamoe, Ngāti Raukawa and Ngāi Te Rangi, Jacob has travelled extensively overseas to showcase both his carving and tā moko skills as part of NZMACI’s Tuku Iho | Living Legacy exhibition. 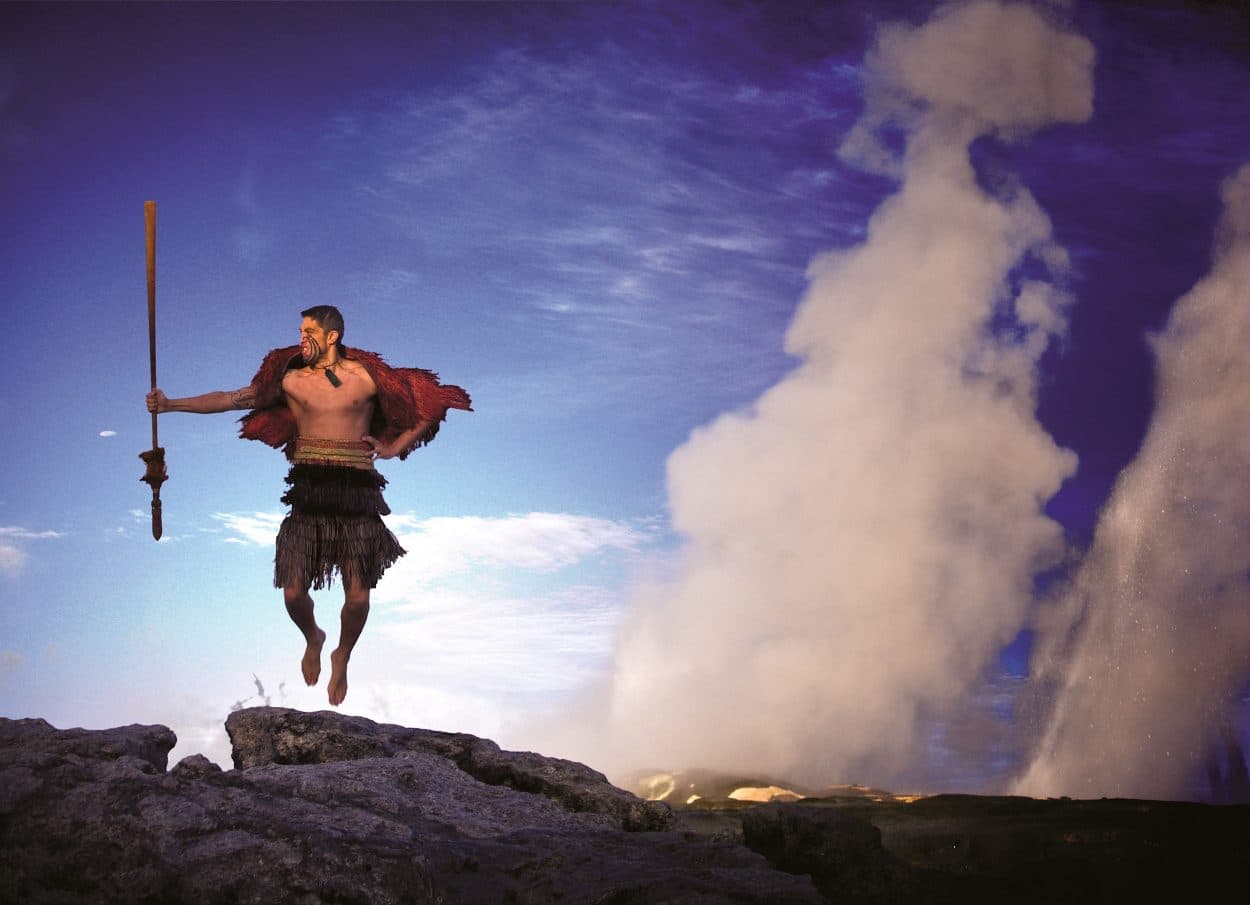 For over 50 years, Maxxis International has delivered high-quality tires to both original equipment and aftermarket customers. Maxxis offers products for automotive, light truck, motorcycle, ATV, bicycle, lawn & garden and industrial use. The company has operations in Asia, Europe and North America, and its products are distributed in approximately 180 countries. Maxxis International employs more than 30,000 people around the world. For more information, please visit maxxis.com.

Down The Trail: Full-Suspension Bikes Were Catching on in a Big Way for Trail Riders