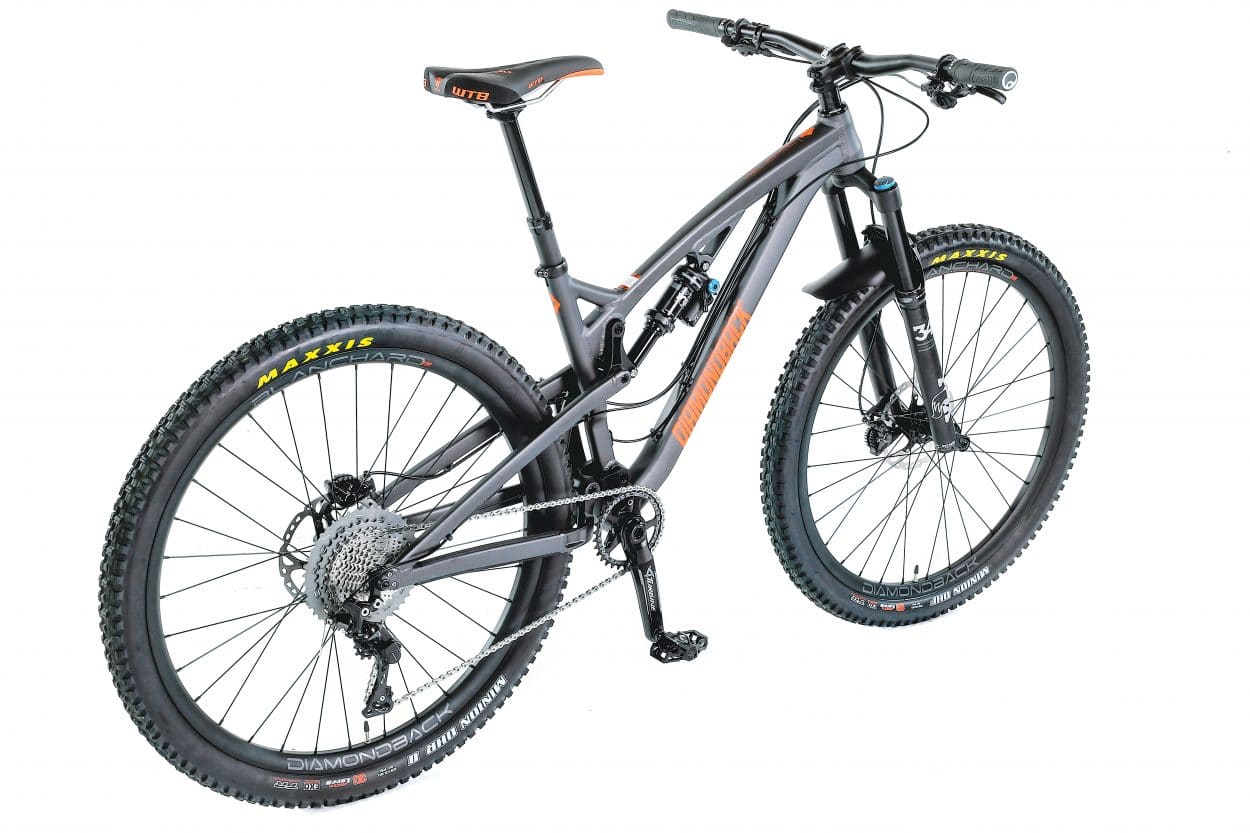 When the original Release was launched as a 27.5-inch bike in 2016, we knew it as an agile mid-travel ripper. It possessed slope-style-esque maneuverability with an ability to handle deeper rock gardens than we expected from its 130mm of rear travel. Level Link delivered surprisingly efficient pedaling performance, so we wondered: Would the Release 29 be able to retain its frisky and nimble demeanor with bigger wheels?

The frame’s geometry is intended to handle aggressive trail rides, which its stout appearance suggests. Its top tube and down-tube are robustly hydro-form-shaped aluminum, giving the Release 29 an industrial aesthetic. A requirement of Level Link’s design places the rear shock beneath the top tube, so real estate inside the front triangle is occupied, necessitating a bottom-of-the-down-tube water bottle cage mount on our size medium. Its external brake and drivetrain cable routing, as well as threaded bottom bracket, can be appreciated for their simple serviceability. 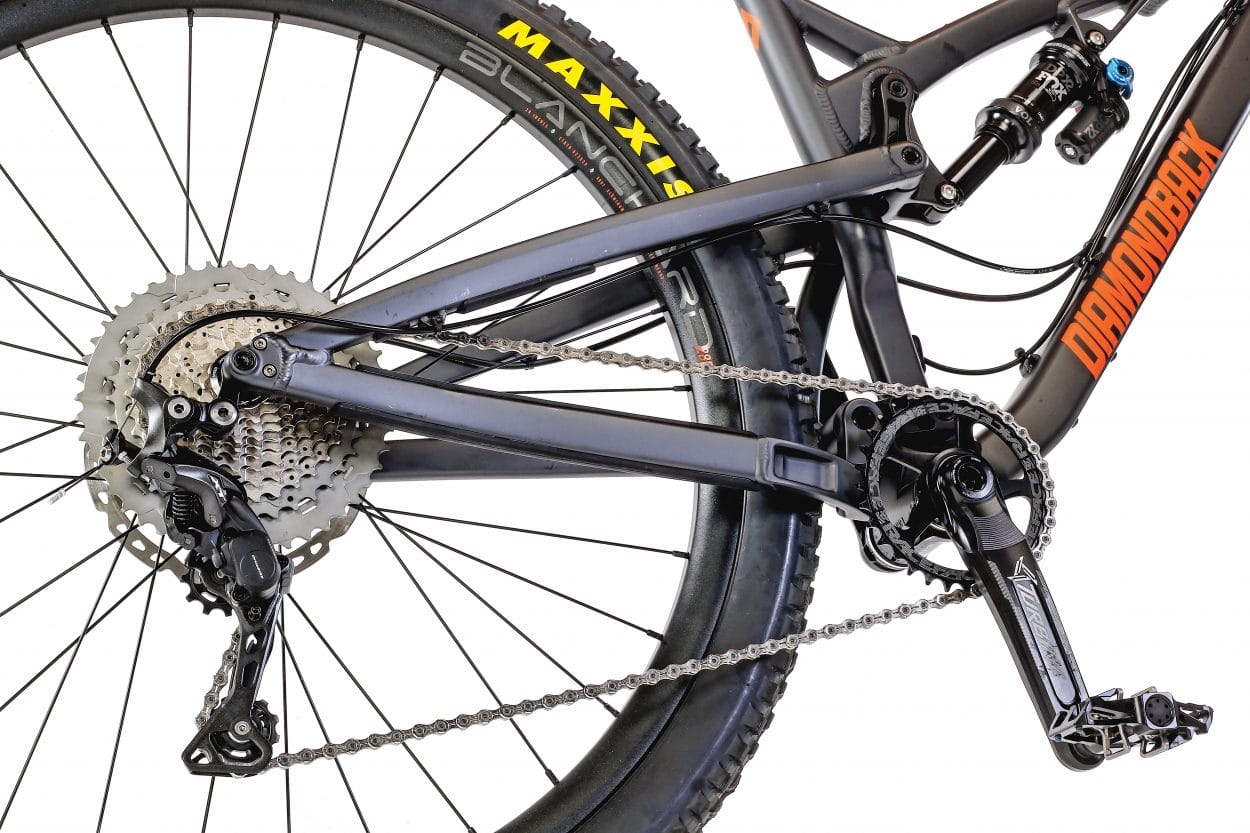 With two aluminum models available, we chose to review the Release 29 3. For its price point, the parts spec on this bike is exceptional. For $3299.99, it comes intelligently trimmed with parts that are known to perform well—Shimano’s XT derailleur, shifter and brakes, as well as a pair of Race Face’s Turbine Cinch cranks. To help keep the overall cost low, Diamondback supplies its house brand of parts in several key spots. At the cockpit are DB’s proprietary bar and stem, which are made of aluminum and utilize desirable con-temporary measurements—a 35mm clamp and 780mm-wide bars. We’ve had a lot of success with KS’s dropper posts lately and were encouraged to see Diamondback had not skimped on any of the important components. For the money, the Release 29 3 is a high-quality bike. 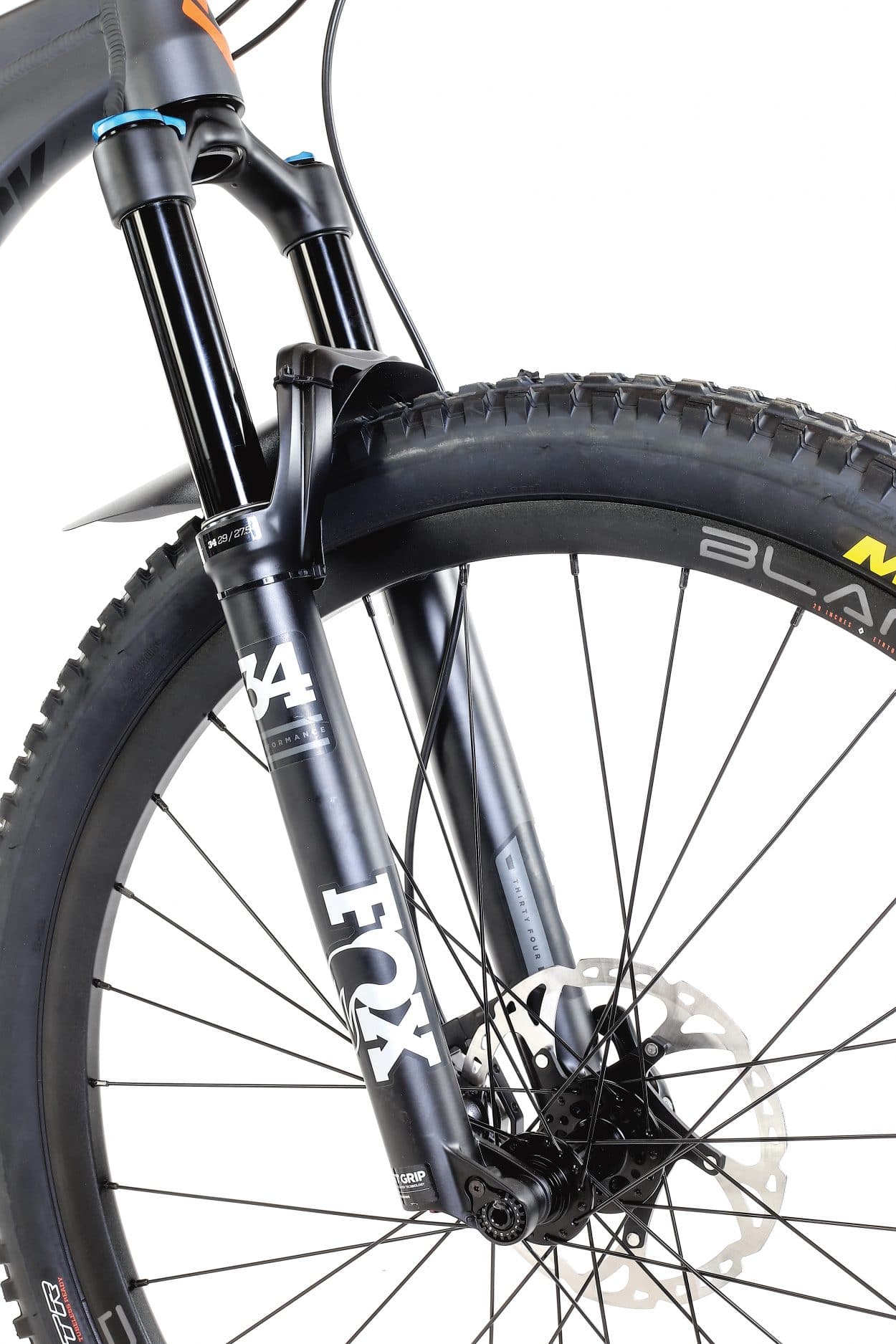 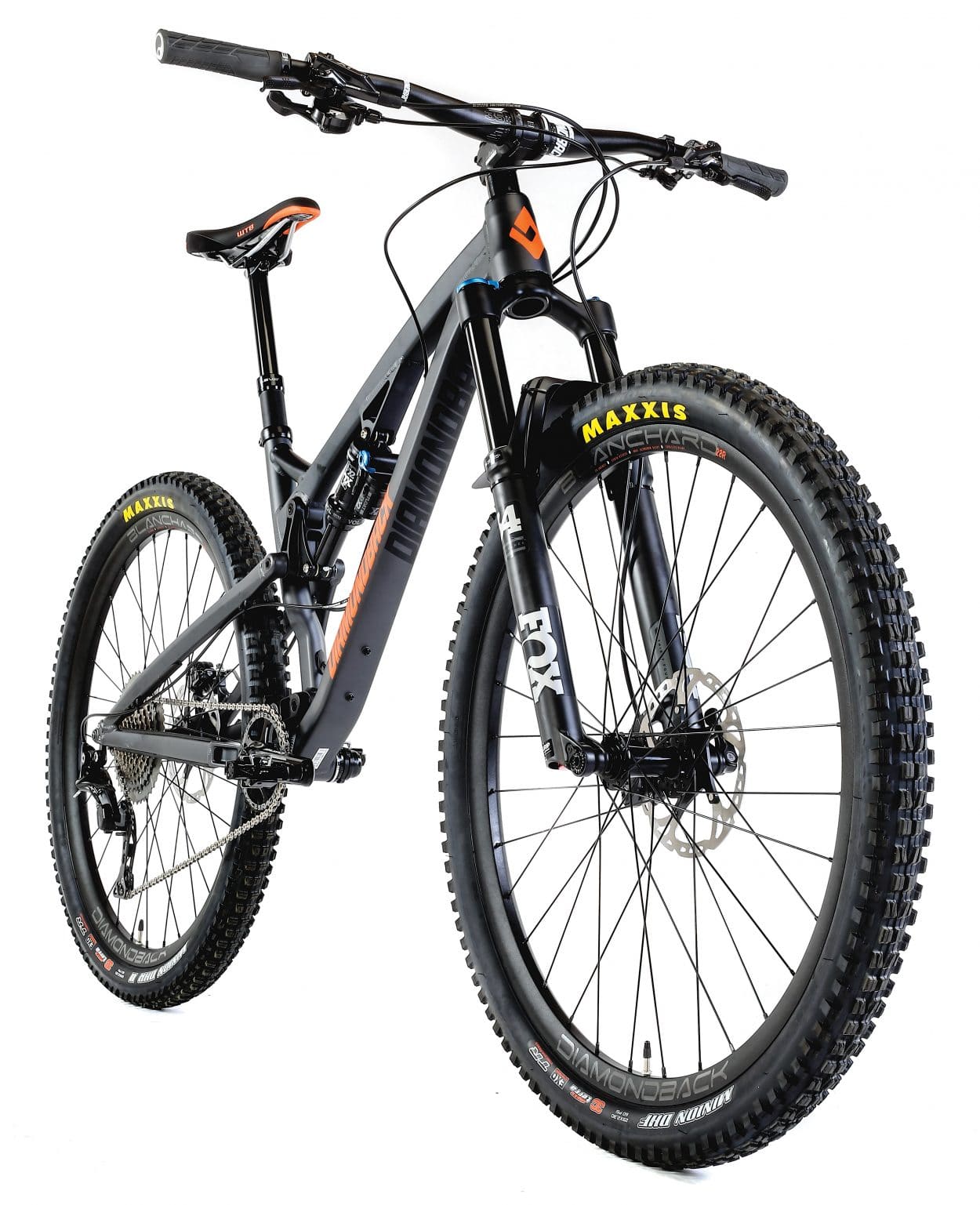 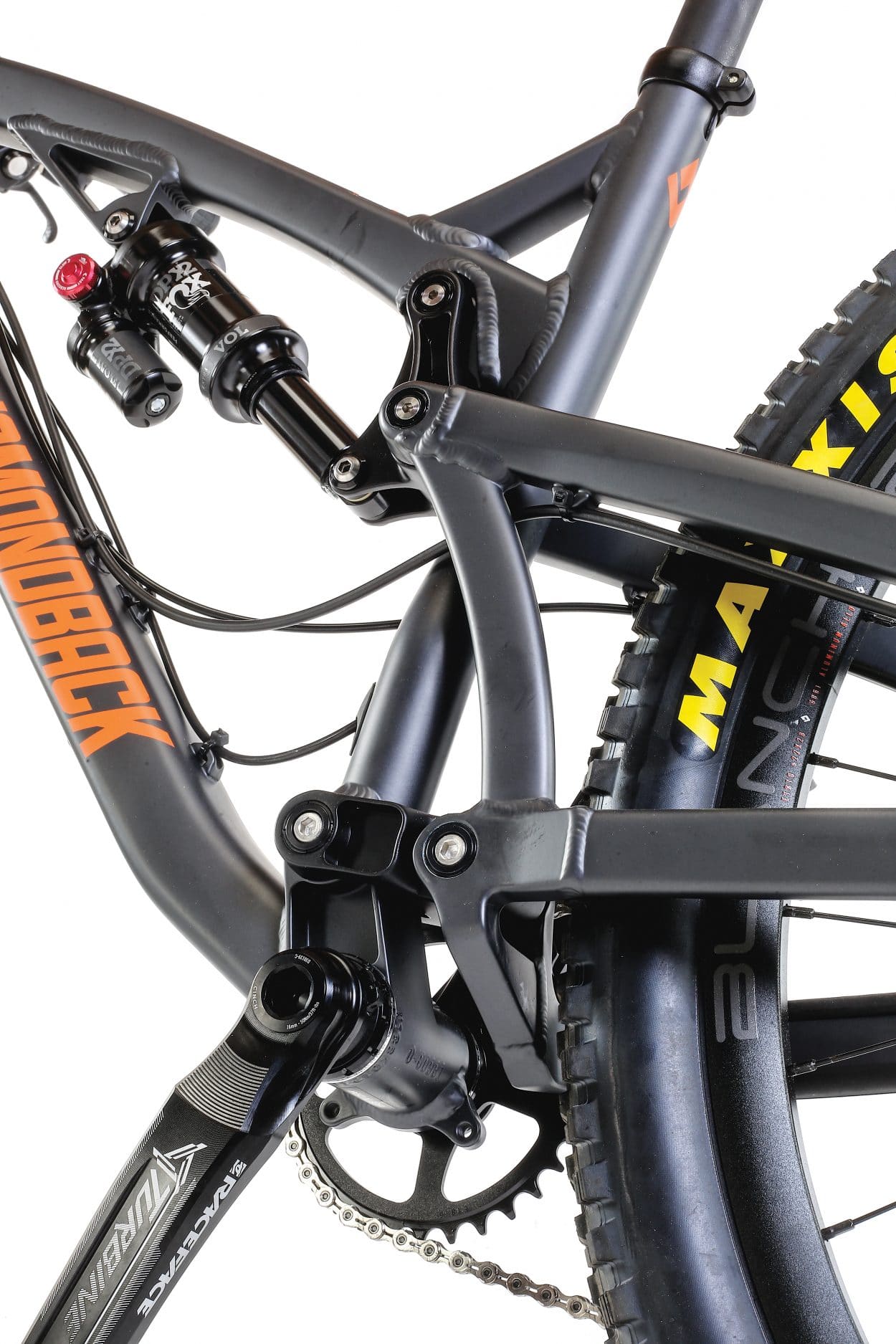 Climbing: On flat ground, it is immediately noticeable how efficient the Level Link suspension platform can be. When the trail turned upward, it felt like very little energy was being wasted in the system and power was transferred to the ground quite well. Grinding up sharp objects—rocks and roots—the chassis was able to remain engaged to produce traction and effectively keep the bike moving forward. 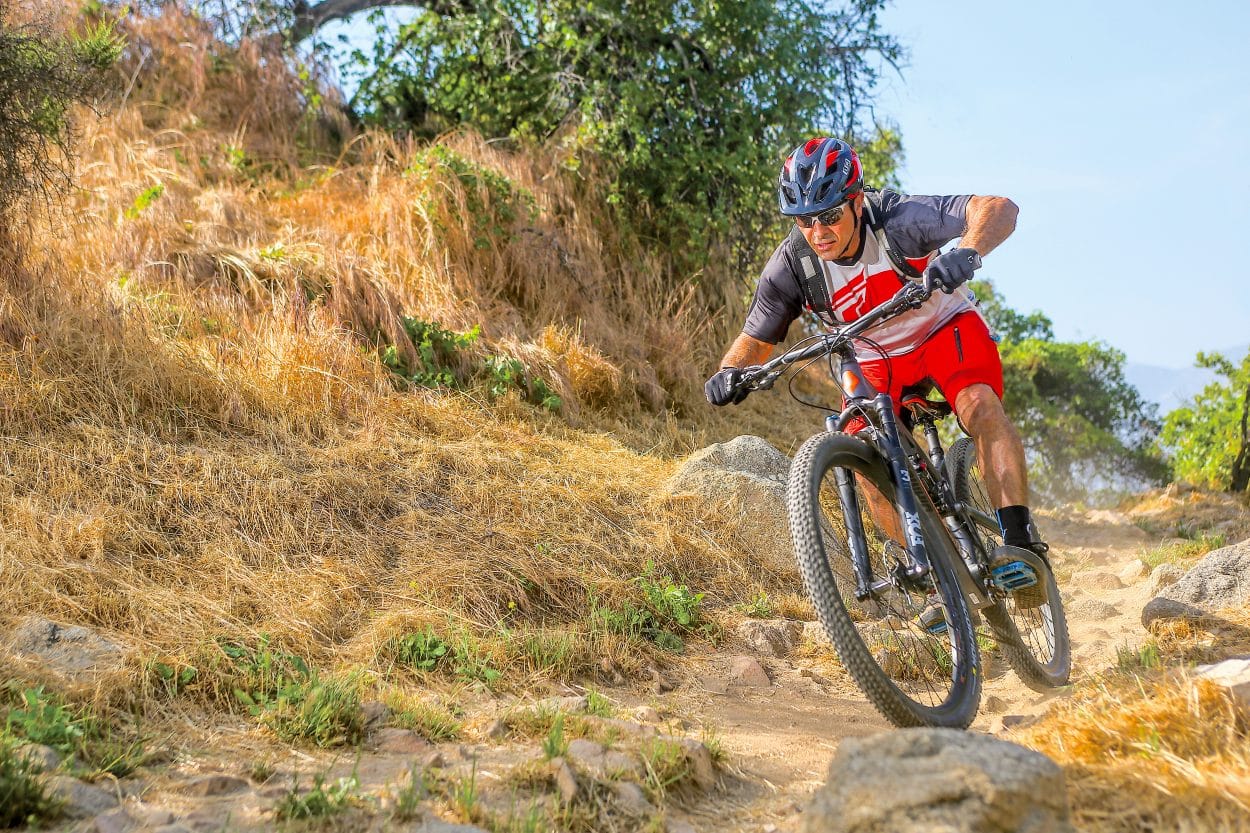 Great value: The Release 29 3 offers a lot of bike for its price.

Overall, the bike allowed quick acceleration. It likes to climb. Of course, Fox’s compression adjustments are there should you want to make things firmer for extended pedaling efforts, but we did not use the lockouts most of the time. All in all, you don’t spend much time thinking about the suspension—it just works. 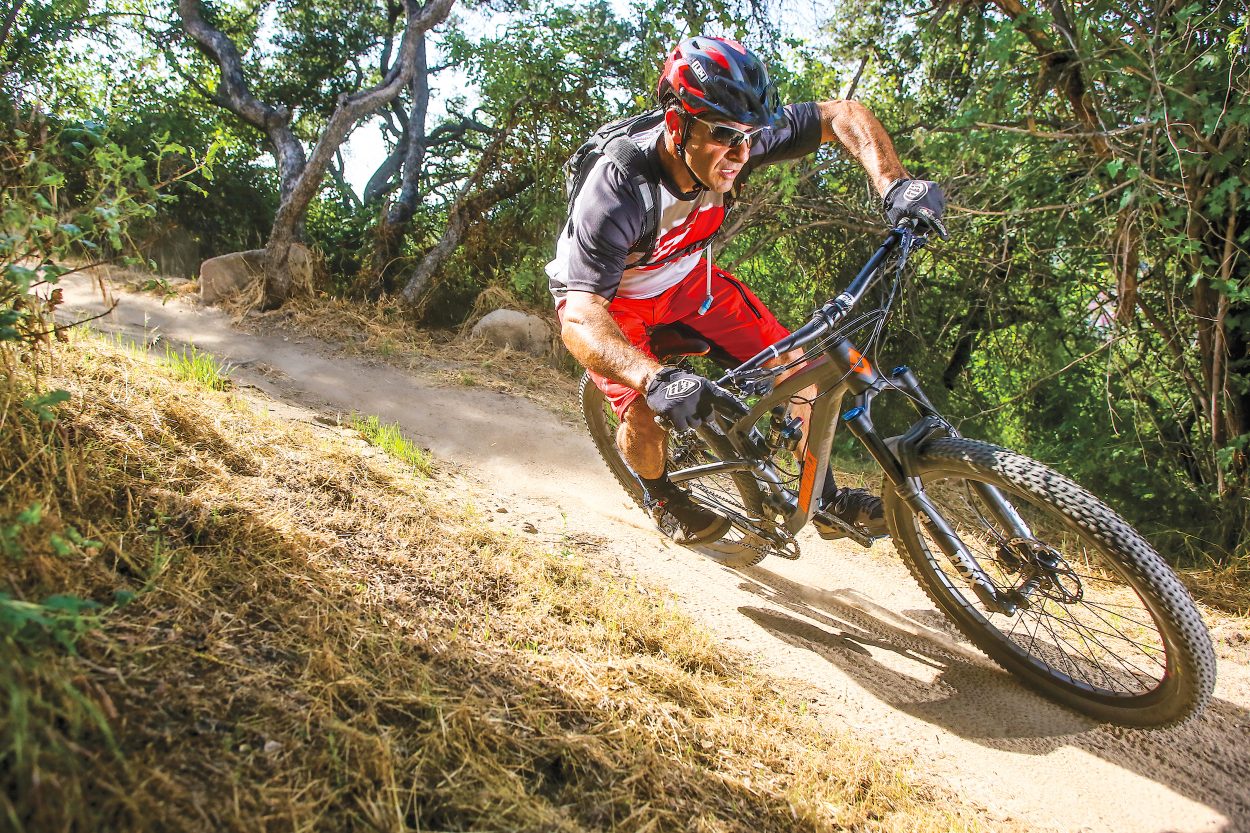 The Release 29 3 liked to be ridden aggressively.

With 140mm of front suspension travel, the Release 29 3 approached the trail with a frisky attitude. Descending was its strong suit. Its lively feel was a blast on bermed and flowy trails, and rough patches of terrain never overwhelmed this bike. The Level Link suspension platform felt so capable that we wondered if it had more than its 130mm of rear wheel travel.

Steep sections were met with enthusiasm, and only when blasting the deepest rock gardens were we reminded of its trail category limitations. Aboard the Release 29, we could consider enduro-type lines. The long top tube put the rider in an aggressive stance that felt comfortable when speeds increased, and a short rear end helped make it easy to put the bike where it needed to be. 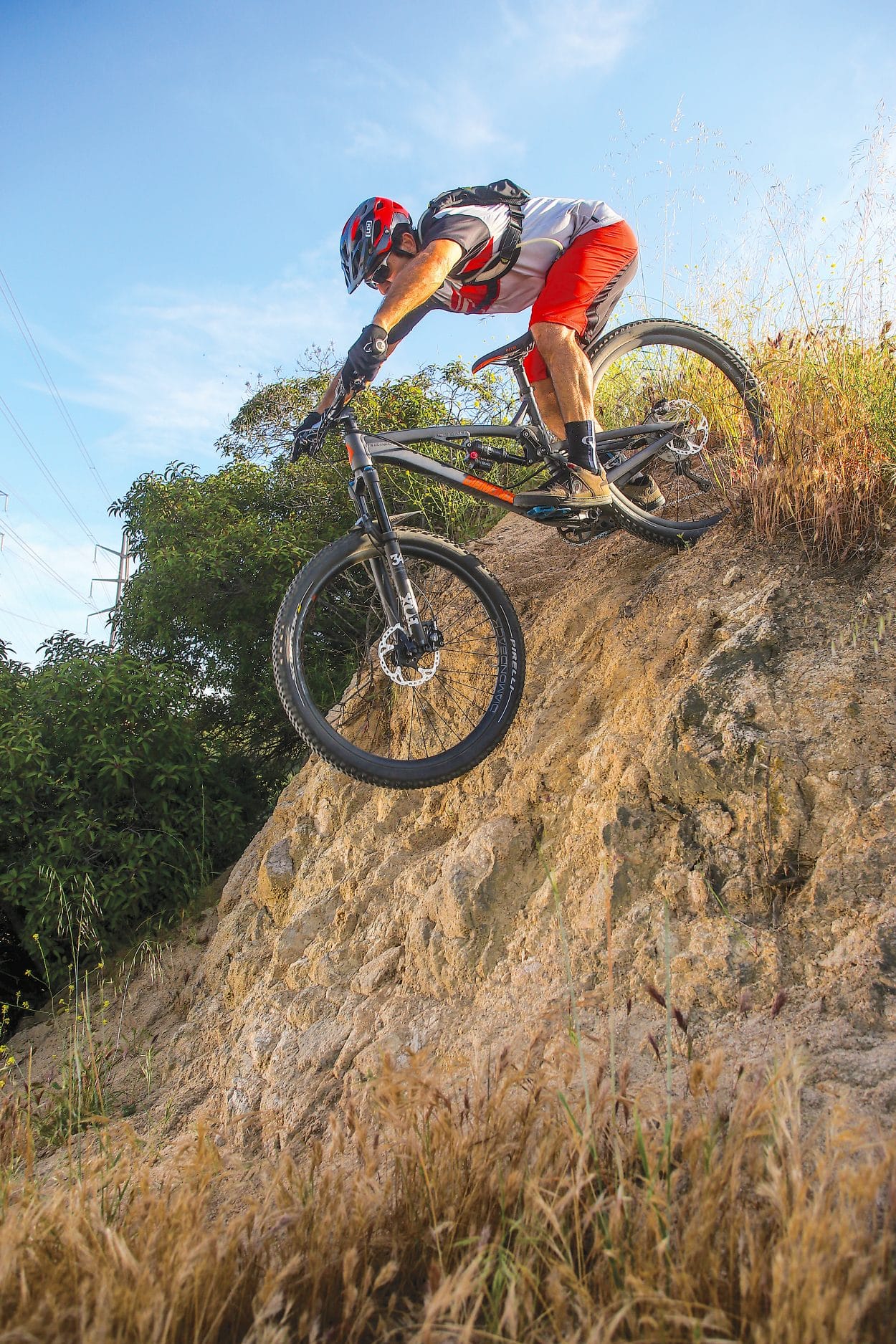 During testing, we did put a dent in the rear Diamondback Blanchard rim. The damage occurred on a rocky trail that has been known to destroy multiple high-priced carbon rims during our tests in the past. But, in this instance, although the aluminum was slightly cosmetically altered along the rim’s bead, we were encouraged the material was resilient and able to keep its shape well enough that we’ve even used this wheelset for other tire testing purposes.

Speaking of tires, Maxxis’ Minion DHF and DHR might be one of the most versatile combinations for the widest range of terrain. These tires are reliable in dry, hard terrain, yet still able to dig into loose, soft surfaces. The tread pattern works well in a lot of conditions, and traction was never a concern. 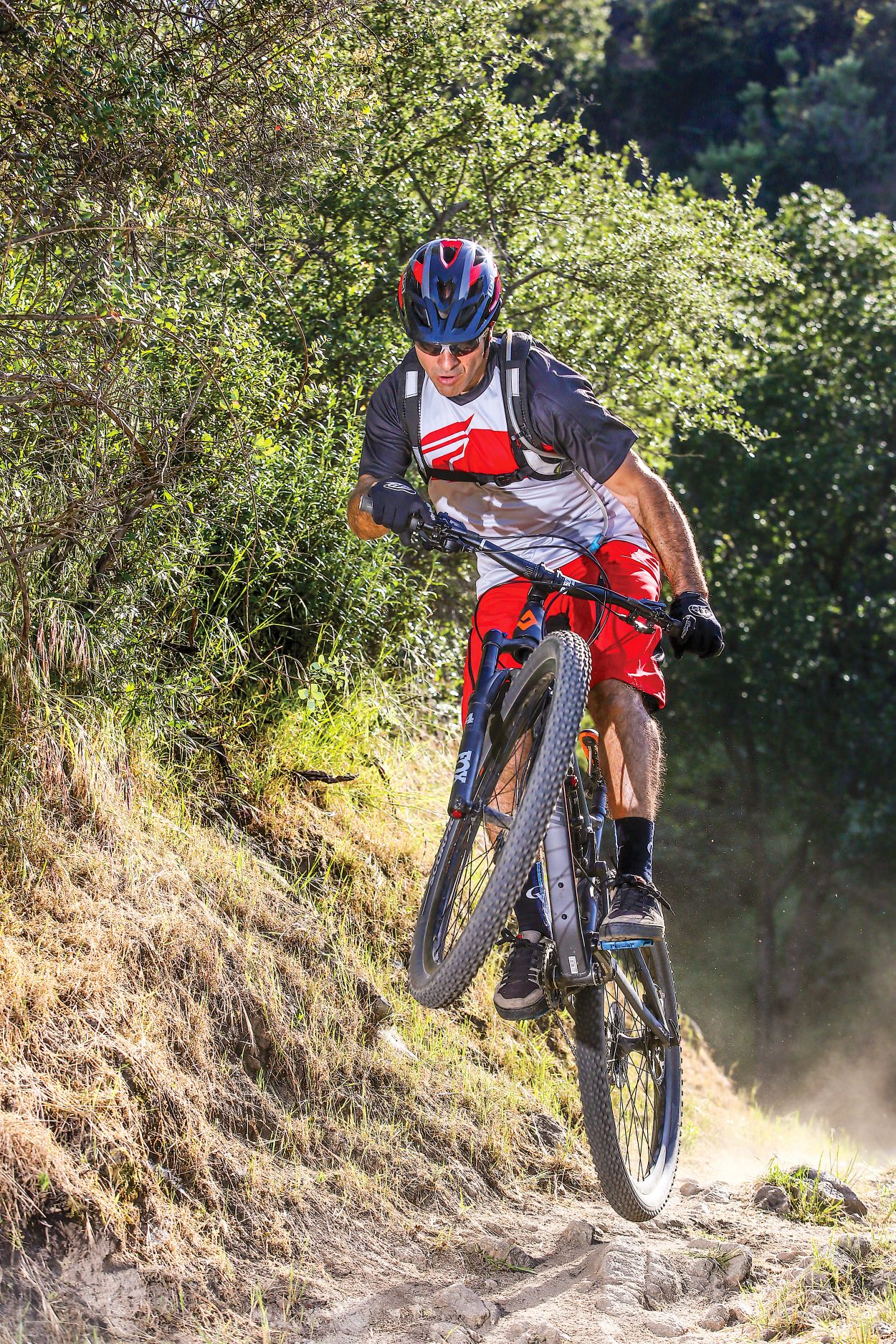 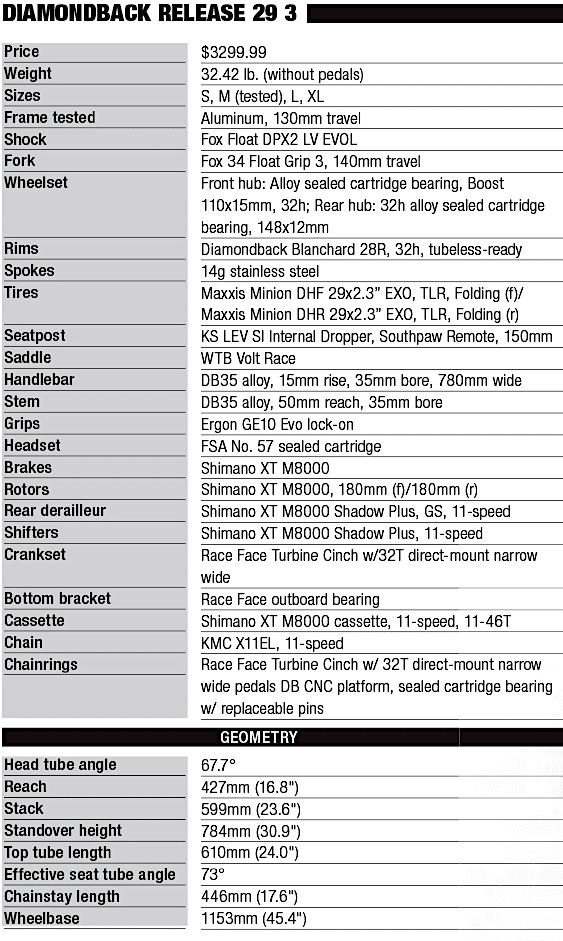 We can think of just one minor change that some riders may want to make. While we found the Ergon GE10 Evo grips to be comfortable, their asymmetrical shape could be off-putting. Ergonomic grips have increased in popularity, but some riders might consider a traditional, round-shaped grip when it comes time for replacement. The good thing is that if the grips are the only complaint, you know you’re starting with a darn good bike.

The performance of the Release 29 3 makes this bike a great value. It performs in a class of trail bikes that cost twice as much. As we had hoped, Diamondback was able to retain the same nimble behavior of its original 27.5-inch predecessor and add the benefit of a bigger wheel’s ability to roll over rough terrain. We would recommend this bike to any rider who doesn’t shy away from the bonus features on the side of a trail and likes to explore in all directions. The Level Link suspension platform delivers a lively personality that proves capable, up or down the mountain, and can lead to a lot of extended adventures.