FAT, BUT ON THE SKINNY SIDE 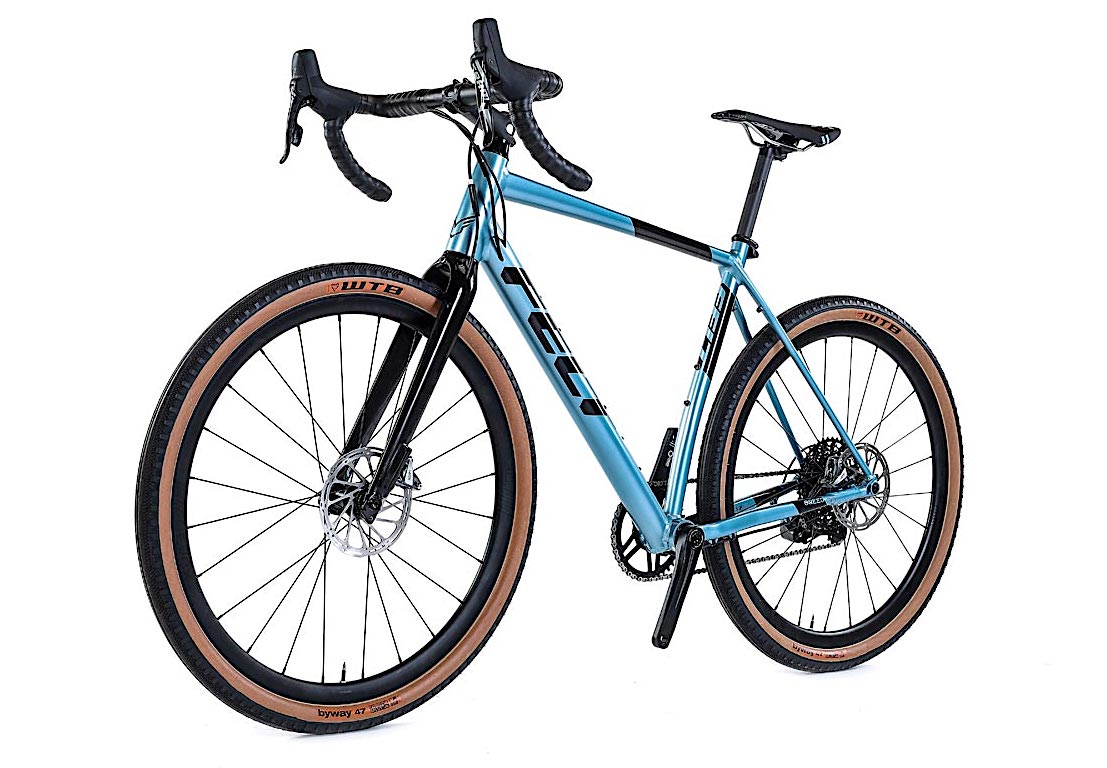 Long in road, tri and ’cross bike markets, Felt has begun dipping their toes in the gravel market in earnest with the release of two new dual-purpose bikes—the Breed 20 and the 30. Available in a SRAM Force build (20) and a Shimano 105 build (30), the bikes are priced at $2650 and $2000 respectively.

Designed with performance in mind, the Breed is ideal for those looking for their first gravel bike or an upgraded aluminum rig. Felt built the Breed to handle the wide variety of gravel roads that exist by making it easy
to personalize.

Felt engineered the Breed with hydro-formed aluminum tubes and a carbon fork with a 1 1/8–1 1/2-inch tapered aluminum steer tube. Cables are run internally down the non-drive side of the Breed 20 for a clean look that helps makes the glossy blue frame pop. Front and rear fender mounts were included to keep the rider clean too.

The standard 71-degree head angle and 73-degree seat angle mix with a sloping top tube to provide 57cm of reach. The 103.5cm wheelbase puts it in the ballpark with other dirt-oriented multi-surface bikes.

The frame is designed around 650b wheels with up to 47mm tires. But, you also have the option of running a 700c x 42mm. Two different wheel sizes? Yep. For anyone new to gravel bikes, this might seem strange, but there is a growing crop of dual-purpose bikes that can run either to provide maximum ride options.

The stopping power of the flat-mount disc brakes is aided by the added stiffness provided by the 12mm thru-axles. And, the 650b wheel size should not be overlooked as the wheels accelerate faster and are easier to handle on steep climbs than traditional 700c wheels. Extra clearance in the frame is also essential for riding in muddy conditions that could gunk up the fork and chainstays.

If there is one drivetrain that has epitomized gravel bike spec, it would be SRAM’s Force 1x, which is aided here by a 40t Praxis Works Zayante crank. Thanks to the 11-42 cassette, the SRAM drivetrain has a gear for nearly every situation of off-road riding. 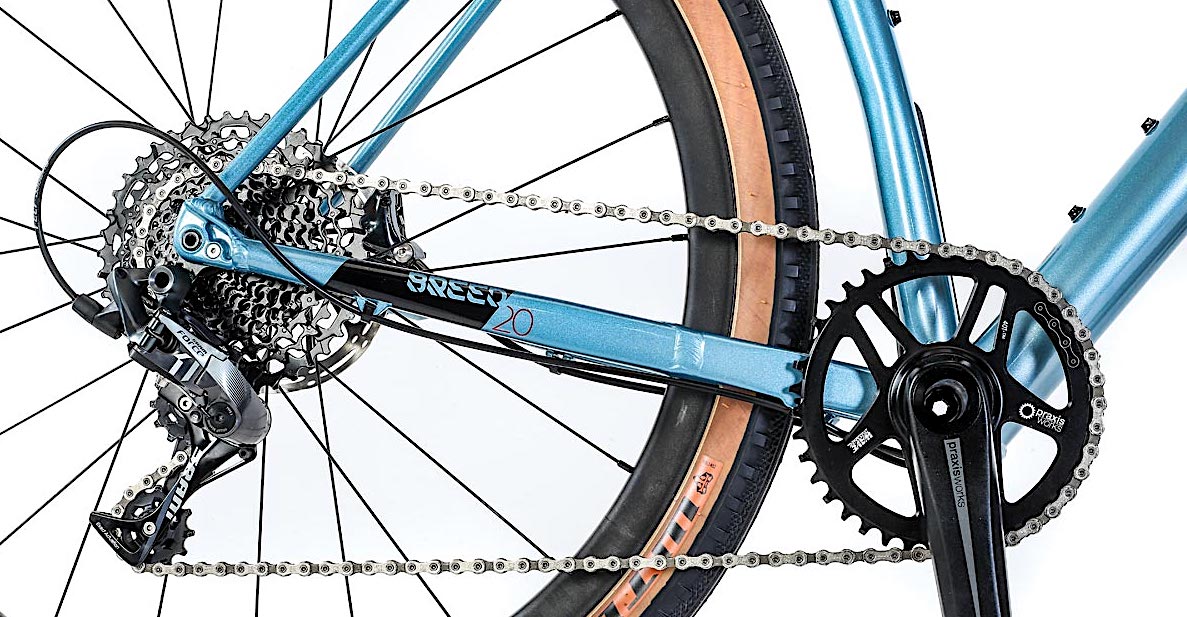 A 40-tooth Praxis Works chainring combined with an 11-42 cassette is ideal for steeper mixed-surface terrain; however, the wide gear range had noticeable jumps shifting through the middle of the cassette.

The 160mm SRAM rotors add necessary stopping power, as well as extra confidence, while riding. The SRAM brake levers are easily accessible from the drops of the 46cm Devox handlebar that have an 8-degree flare. Felt used the same in-house component brand for the stem, seatpost, seatpost clamp, bar tape and wheels.

The 650b Devox wheels have many premium features that other generic aluminum wheels lack. They have an internal width of 21mm and are tubeless compatible. The wheels are built around 24-spokes with 6-bolt Devox hubs and are mounted with 47mm WTB Byway rubber. The tires are smooth in the center with knobs on the edges. 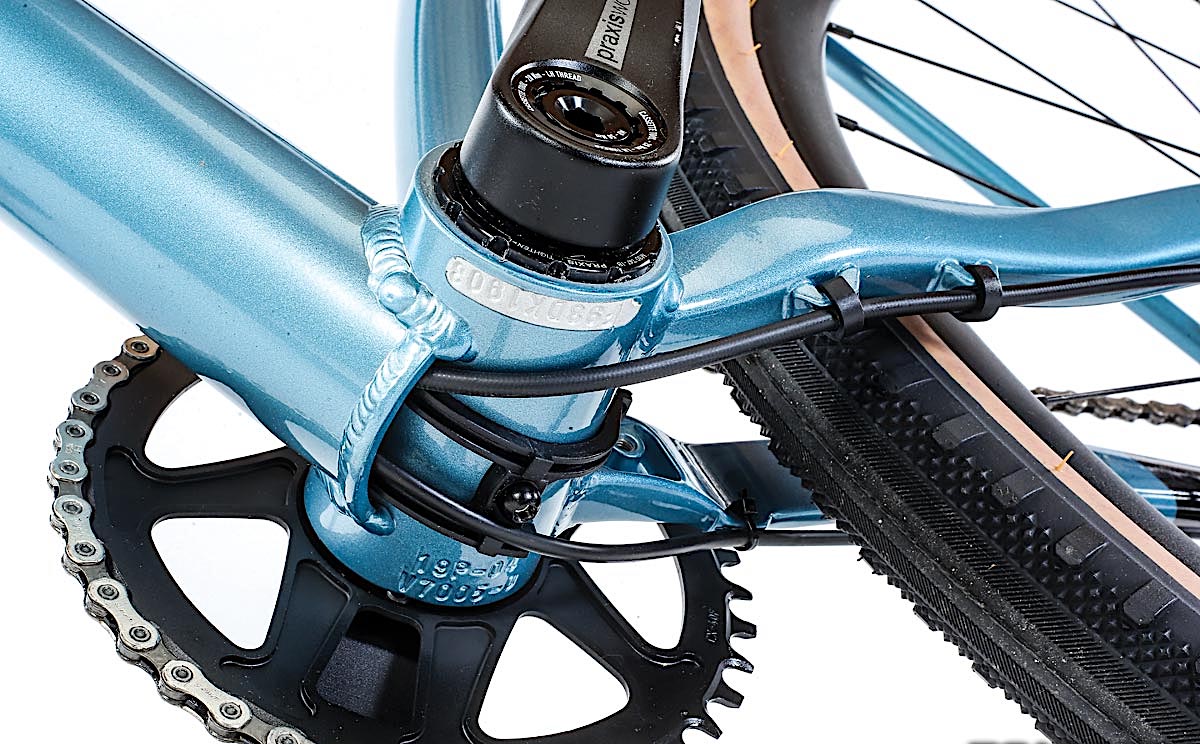 The meaty bottom bracket welds and shapely chainstays give the bike an industrial look.

The Breed got dirty as soon as we built it up. We spent time on the dirt and the asphalt, but the Breed feels most at home on the gravel. The Breed accelerates noticeably faster than other bikes, and the 650b tires are easy to spin up. When set up tubeless, we were able to run with lower air pressure, which helped the Breed absorb vibrations and maintain traction across a range of mixed surfaces,

The easier roll-over of the Breed’s 650b wheels makes climbing steep ascents much more tolerable. While we’d usually be using the low 42t gear on a steep climb, the next two gears were just as useful. The Prologo saddle was noticeably flexy, but when we accidentally hit a bump or a pothole, we were thankful for how forgiving it was.

Dirt descents felt natural for the Breed. Once again the big tires let us ride with extra confidence on the dirt. Add to that the efficient Hydro brakes and we were able to confidently rip down our local fire roads in the drops with only one finger on each brake lever.

During hard efforts and out of the saddle pedaling on the asphalt, we noticed how snappy the alloy frame was. The gearing performs just as well on the paved climbs. However, on our local Saturday group ride, the bike lacked needed gears in the middle of the cassette, and it was difficult to find an ideal cadence to keep up with the group. If you swap out the fat and wide WTB Byways for a narrower tire, the Breed becomes a more viable dual-purpose rig.

Felt’s freshman attempt passes the test of what to expect from a solid, price-conscious gravel bike with all the modernist trappings. The 1x drivetrain does its best on the dirt and, along with the ample cassette, makes the climbs more tolerable. Since every gravel road is unique, owing to the wheel, fender and rack options, the Breed is a fitting choice for anyone that wants to get more familiar with theirs. 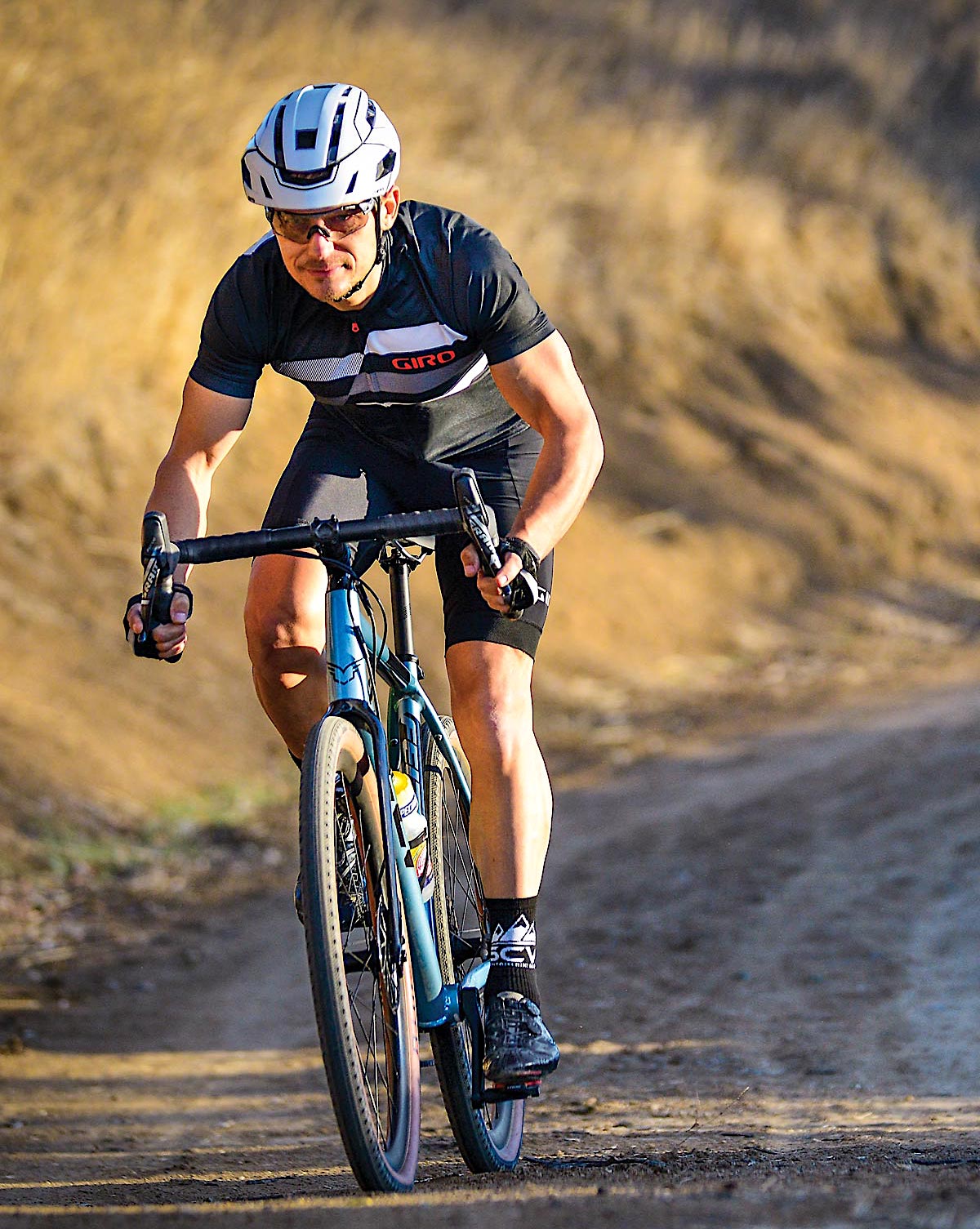 Hans Rey’s Tips & Tricks: How To Bunnyhop Your Way To Success