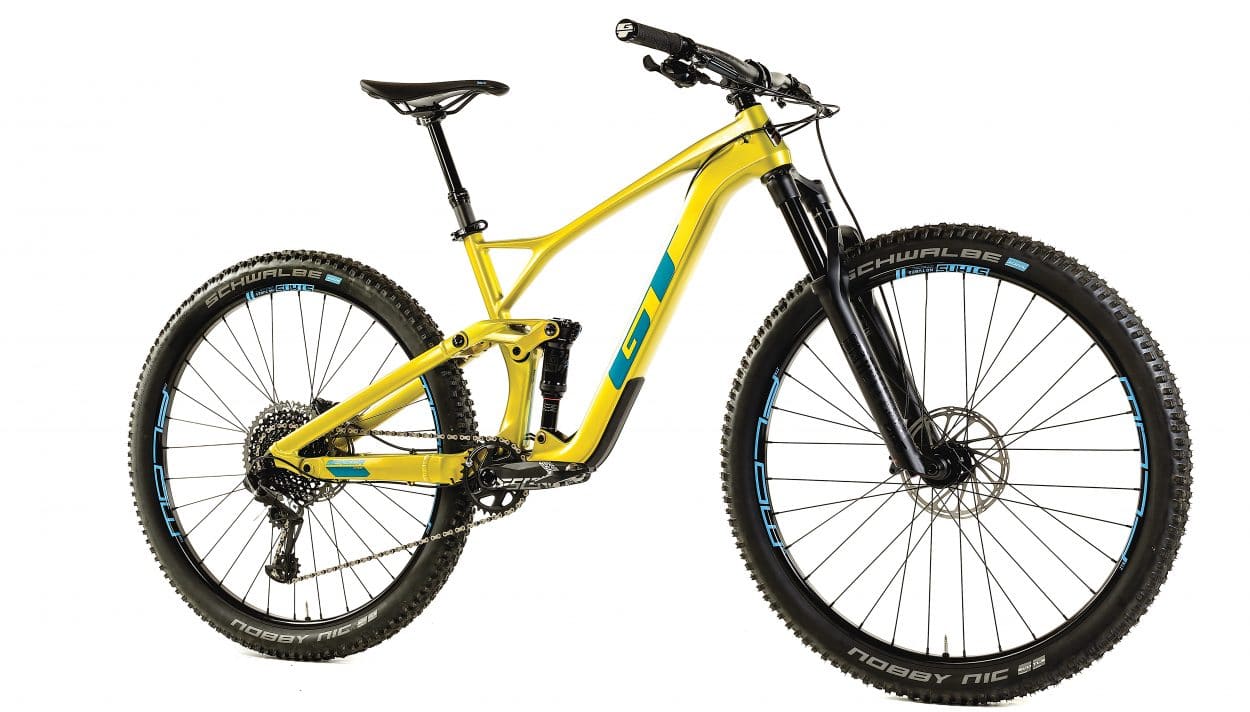 Making bikes since 1972, GT has seen fads come and go. When it comes to mountain bike suspension designs, there always seems to be a flavor of the month. One design that has outlasted all the fads is the standard four-bar linkage system. When paired with a Horst link, the system has always delivered, so we were excited to see if a few modern tweaks could keep the tried-and-true design alive.

The Sensor is built around GT’s iconic LTS (Linkage Tuned Suspension) design. Historically, GT has been able to tune the system for a variety of applications. The Sensor applies LTS to a 130mm-travel bike with 29-inch wheels. We chose to test the Sensor Carbon Pro—GT’s top-of-the-line model, which is also available as a frame only for $1900. 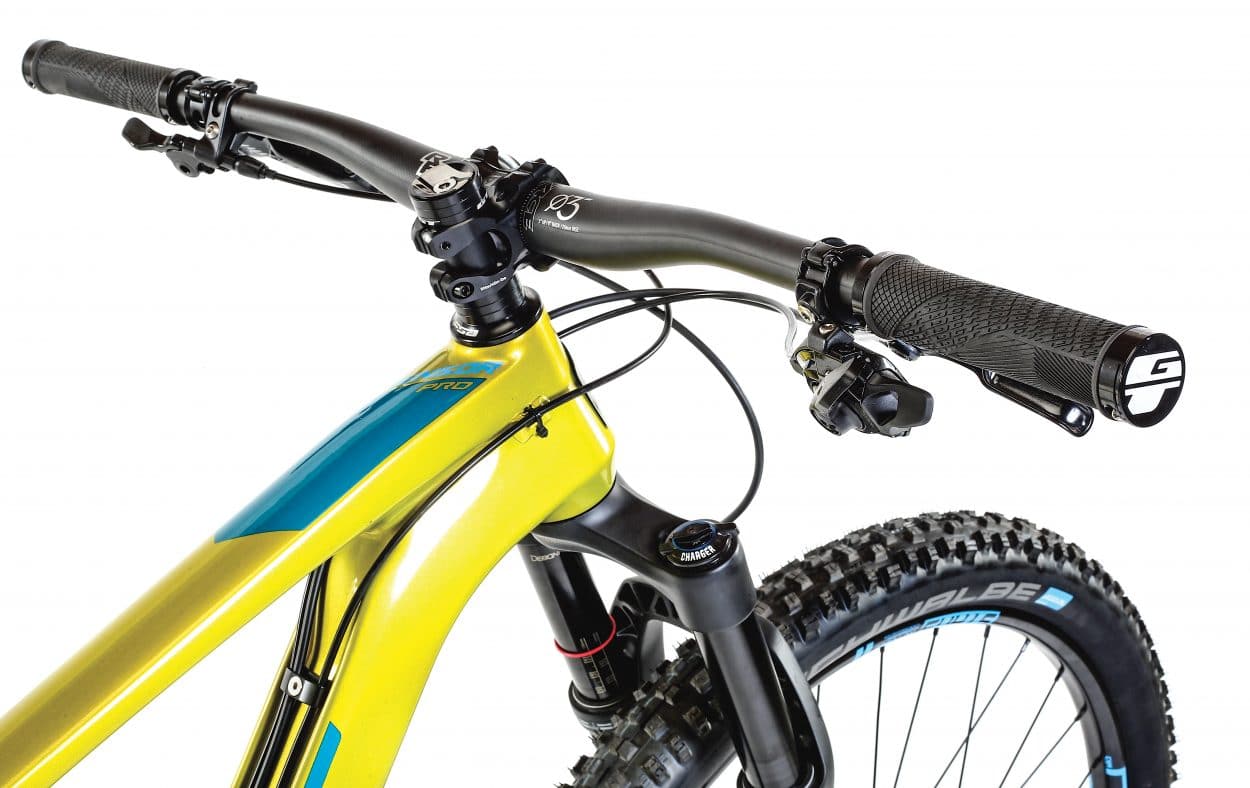 For $5250, GT outfits the Sensor Carbon Pro with name-brand equipment from top to bottom. The cockpit comes adorned with Race Face’s premium Next Carbon handlebar bolted to a 35mm-clamp Race Face Turbine R alloy stem. This bike rolls on Stan’s NoTubes Flow MK3 rims that are tubeless-ready. Mechanical duties are handled by a mix of SRAM drivetrain and braking components. An X01 Eagle rear derailleur and cassette are operated by a GX Eagle 12-speed shifter that mounts directly to the SRAM Level TL hydraulic brakes. 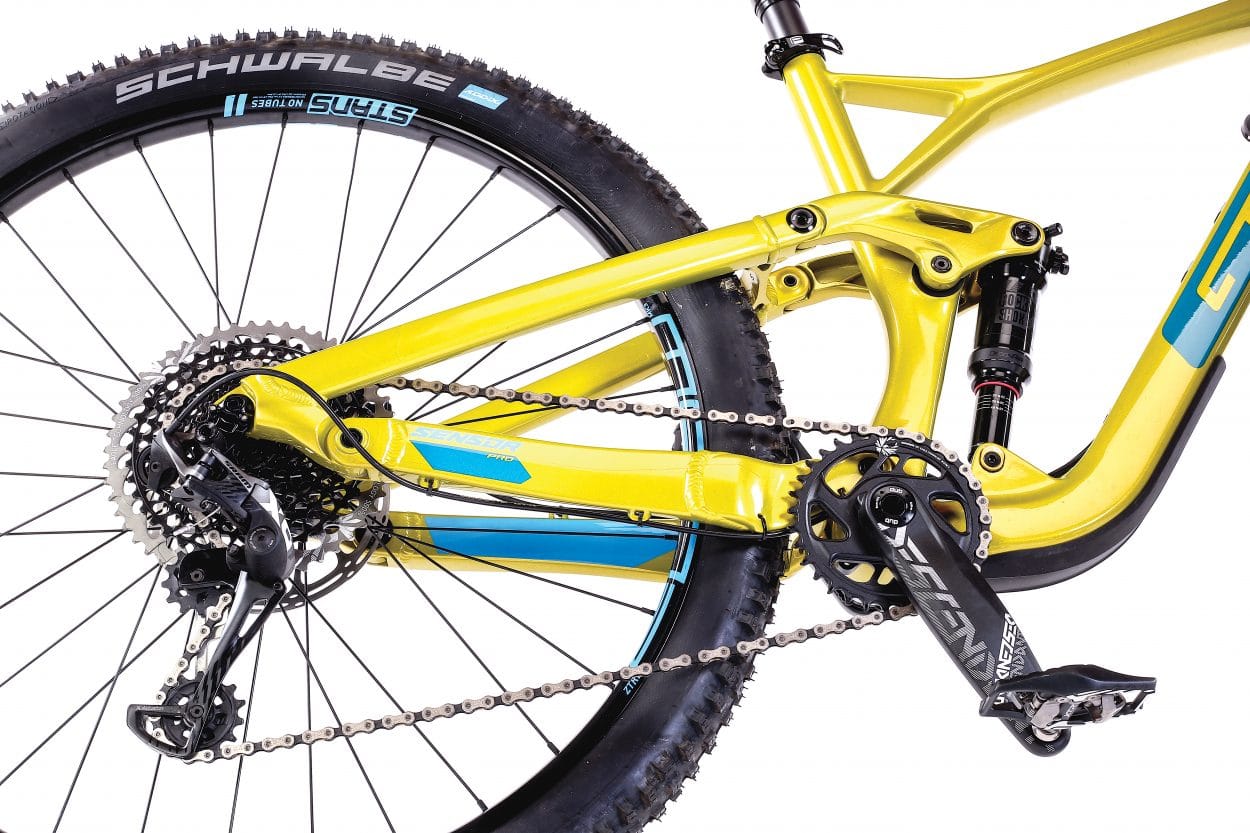 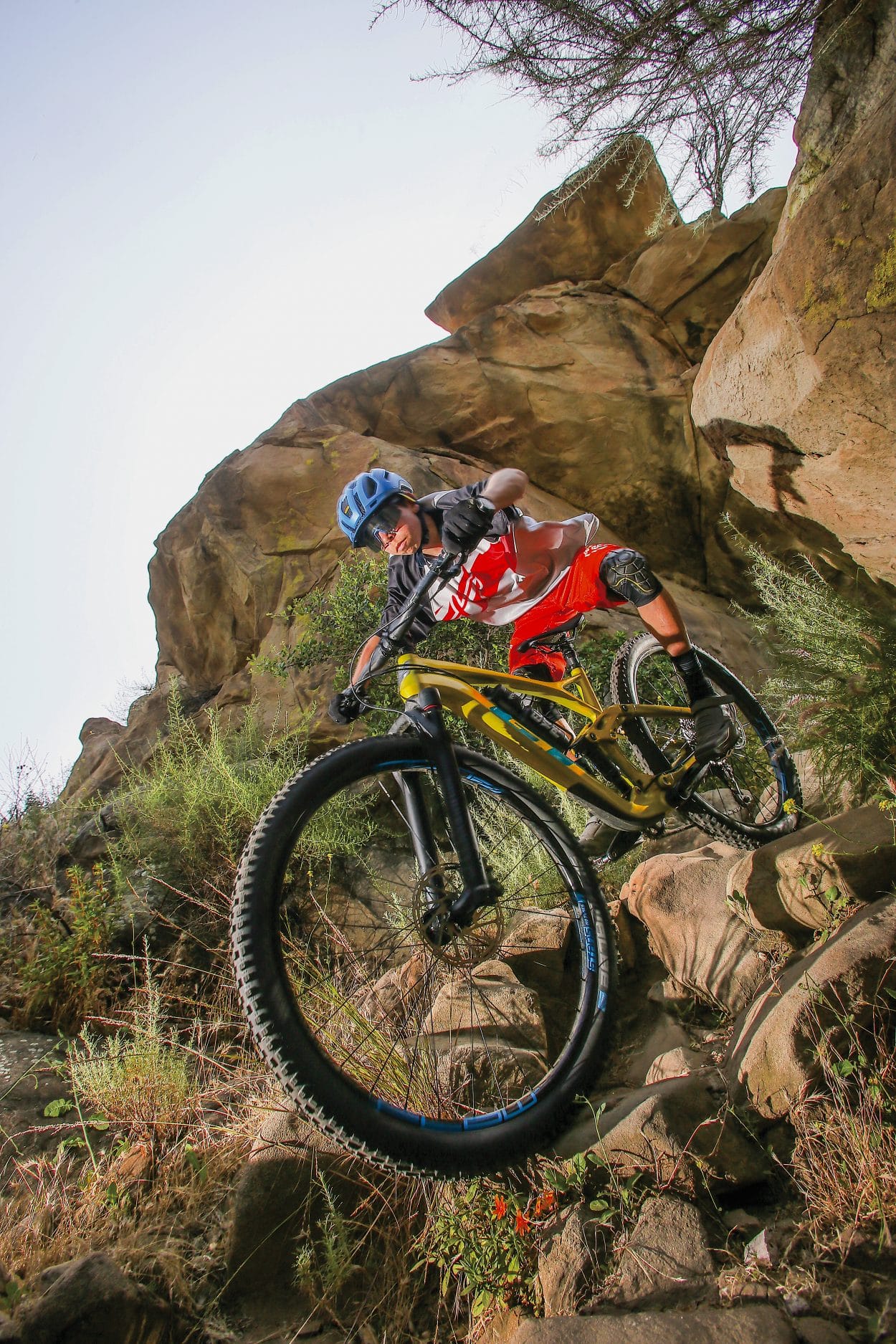 The Sensor frame features a Flip Chip that offers two geometry settings. In either setting, the leverage ratio and spring rate are unaffected, so we found this feature to be trail-dependent. Most of the time, we chose to ride with the Flip Chip in the position that offered the lowest bottom bracket height and slackest geometry that optimized cornering and slashing around our home trails. But, there were several situations that persuaded us to choose the second setting—trails with exposed roots and deep rock gardens that presented pedal-strike potential. Although it was only a slight change, steepening the head tube angle 3/4 of a degree and raising the bottom bracket 6mm were confidence-inspiring. 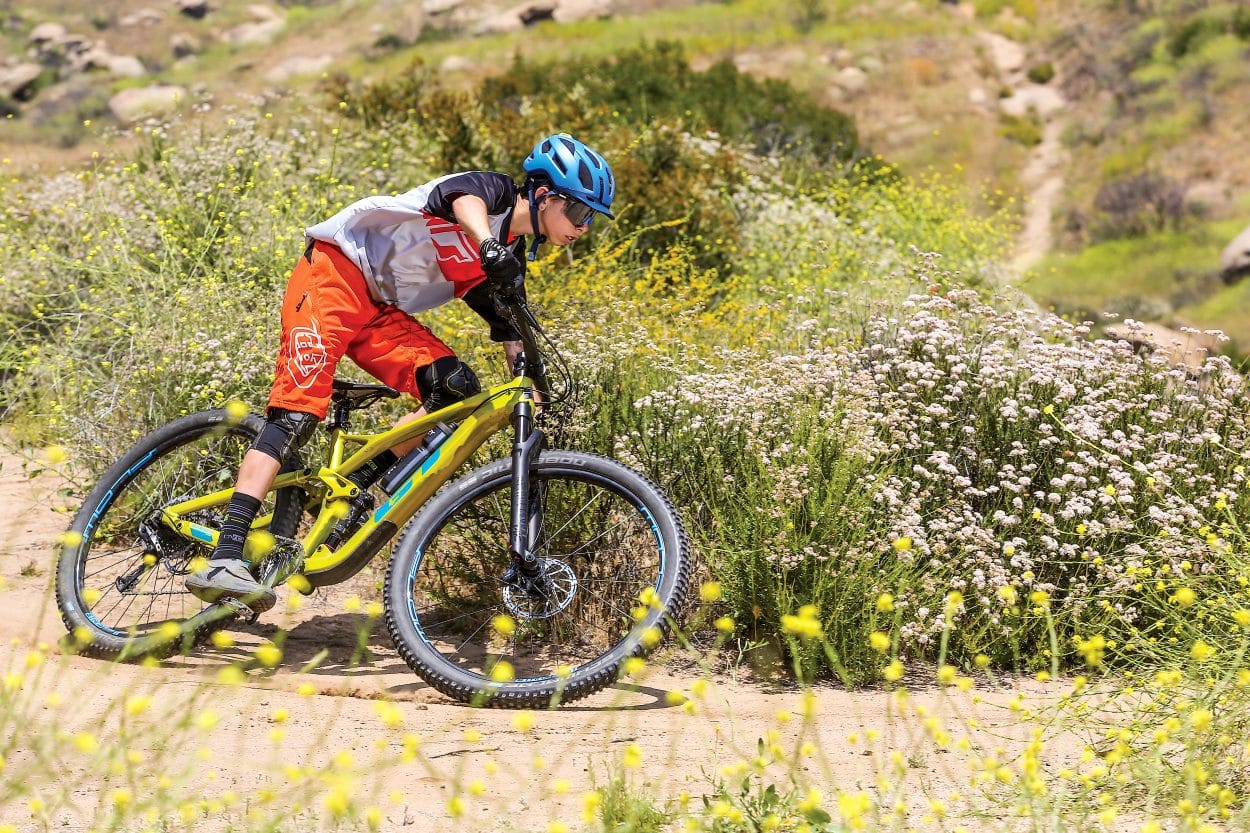 Climbing: The SRAM drivetrain was crisp and precise but seemed to change gears quickest when the chain was moving up the cassette to larger cogs. No amount of fidgeting with the mid-level GX1 Eagle shifter’s barrel adjuster could get the SRAM drivetrain to shift down the cassette as well as it shifted up—a slight hesitation could be felt, which was discouraging considering this bike’s premium price. Furthermore, the ability to release two gears at once when accelerating—shifting to smaller cogs—is a feature that can be found on SRAM’s competitor’s products, and we’d like to see this on SRAM’s mechanical system in the future.

During testing, several thunderstorms rolled through our area, which really encouraged us to pull the Sensor from our test stable. The Schwalbe Nobby Nic tires’ large knobs and wide spacing beg to dig into soft, loose dirt.

For sustained climbs, we didn’t find RockShox’s compression adjustment descriptions entirely accurate. What we experienced could best be described as a “slowing” of compression more than “firming.” With three modes—open, pedal and lock—we would like to feel the suspension get noticeably firmer in each setting. 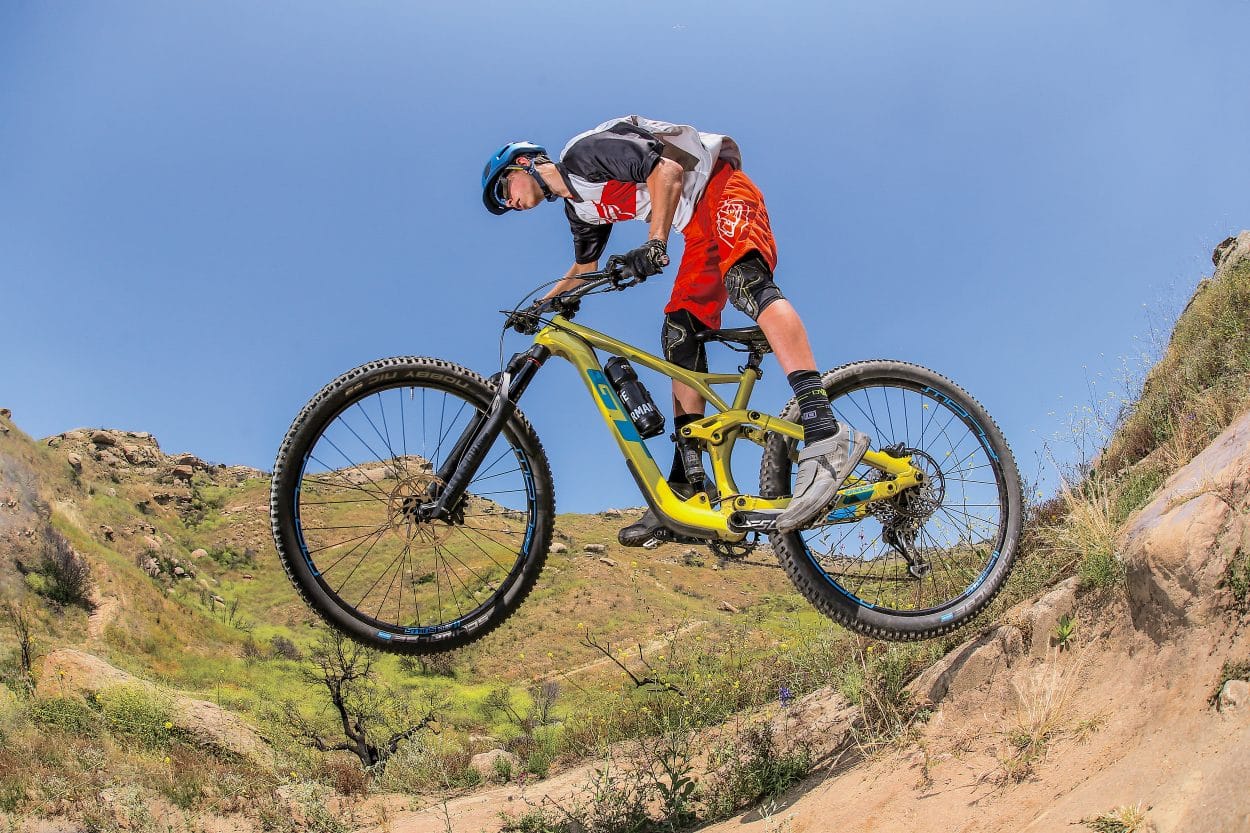 The LTS suspension system encourages the rider to be aggressive.

The flow: While the short 32mm stem length made weighting the front end on the steepest climbs a bit of a challenge, it was a blessing for turns and descents. When downhilling, the progressive leverage ratio of the LTS suspension system begged to be ridden hard. The harder you pushed it, the harder it would work. Maintaining momentum on twisty trails felt easy. RockShox’s Charger 2 damper handled descending duties like a champ, encouraging the bike to go faster with the LTS system matching our pace.

One noticeable distraction came on long descents when the SRAM Level TL brake’s modulation could fluctuate. Paired with 180mm rotors, the TLs offered plenty of power, but they felt inconsistent, and there was no on-the-fly lever adjustment. The majority of multi-tools are unable to access the adjustment screws, so you would need to completely remove the lever from the bar to adjust on the trail. Carrying a 2mm Allen wrench with a ball-driver tip became a necessity aboard the Sensor. 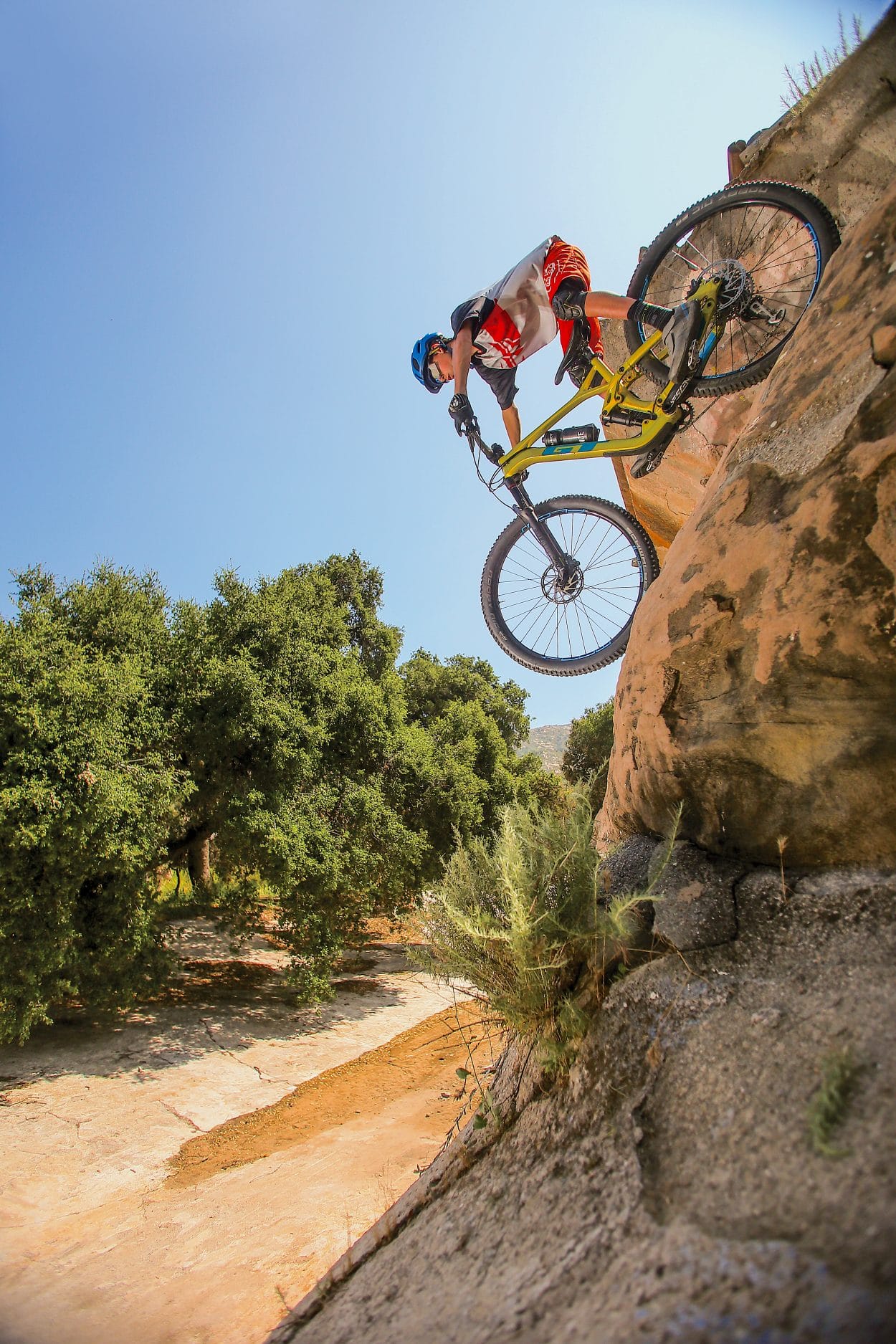 The Sensor was smooth and predictable in all types of terrain.

Overall, through choppy terrain or jump-strewn runs, the Sensor chassis delivered a predictable ride. LTS provided an active suspension system that produced traction and consistent performance during heavy braking and bump absorption. The Sensor could be ridden quickly and confidently on any trail. 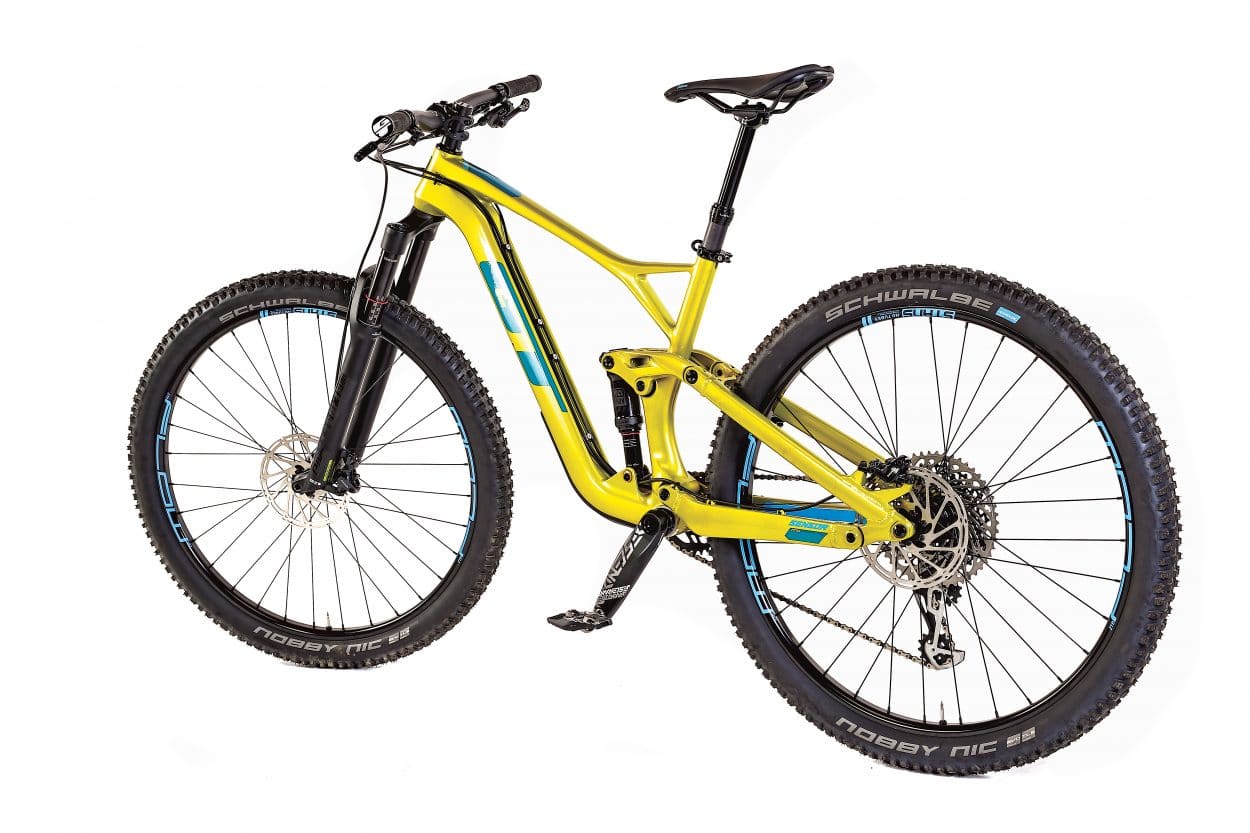 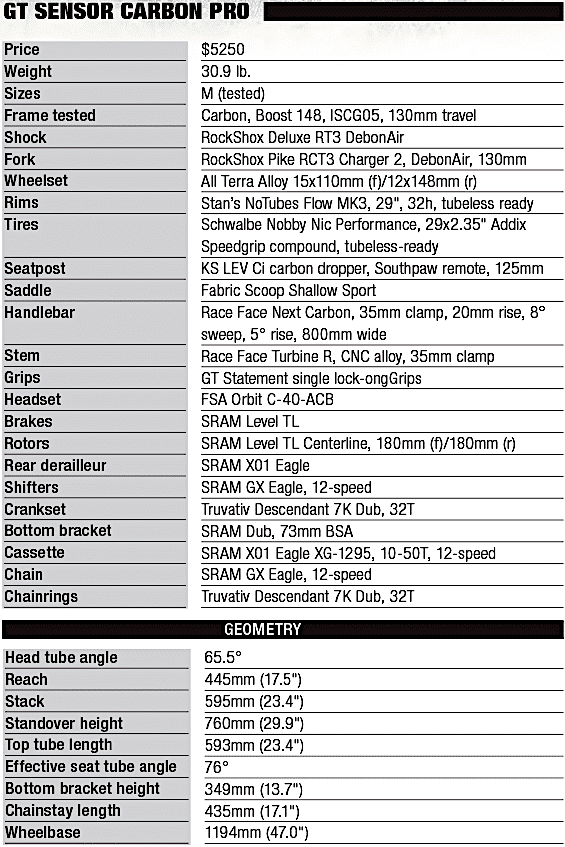 Depending on personal preference, we could see some riders choosing to swap the 32mm stem for a longer 50mm option to help stretch the cockpit. The Sensor is a capable descender and didn’t hesitate when we changed some parts around to distribute a little more weight over the front of the bike.

The GT Sensor Pro is a no-nonsense trail bike. While we reviewed the premier model and were critical of some features considering the price, the straightforward performance of the LTS suspension system makes this line of 130mm-travel trail bikes a success. With five Sensor models available—three carbon and two aluminum—we would definitely consider riding any one of them.