MBA Feature: Bringing the Mountain to the Masses 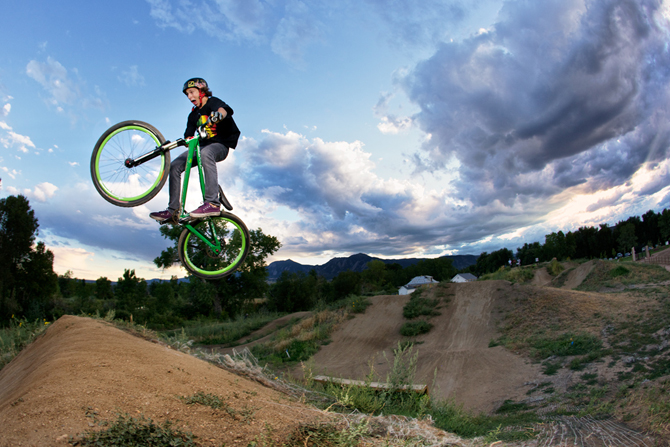 Judd de Vall is a busy man. His company, Alpine Bike Parks, is a full-service design and building firm specializing in bike parks and trail development. A lot of people are interested in Judd’s services, and that’s good news for all mountain bikers (and soon-to-be mountain bikers).

We spoke to Judd on one of the few days he actually gets to work in his office. Most of the time he is on location working his magic on a vacant piece of land or meeting with town or mountain resort officials who want him to open up mountain biking possibilities. How is Judd’s work shaping our sport and our future? We sat down to ask him that before he had to catch a flight to “a ski resort that wants a trail network developed.” 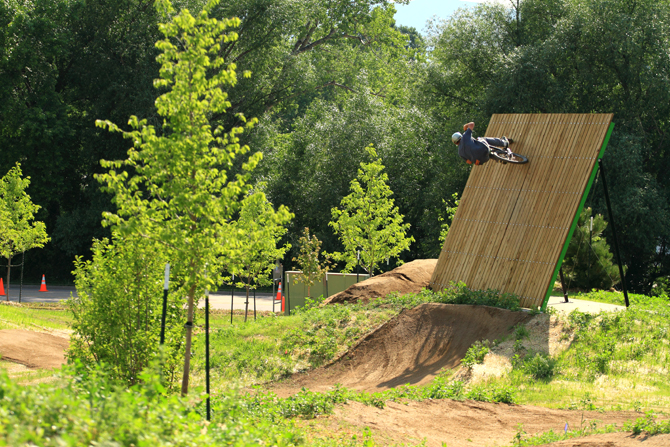 Mountain Bike Action: Every rider wants to know how he can get a bike park started.

Judd de Vall: First, we need to think bigger. Traditionally, well-meaning bike clubs or individuals go to a town and ask for a little corner where they will build everything for free. That may get you a little corner, but it doesn’t get the mayor or city council totally sold on how mountain biking is going to help them in the eyes of their electorate. A parks and recreation manager won’t see this as one of his most trend-setting projects. What we need to do is come in and create designs that really inspire all these stakeholders to think big. They need to be thinking high quality and long term. They need to be thinking of bringing different members of the community together.

We don’t want to continue to do the same thing. We want to take bike parks to the next level. We want to set a new standard. We want to break the mold on each job and bring something innovative. We need to raise awareness of how cool a bike park can be. 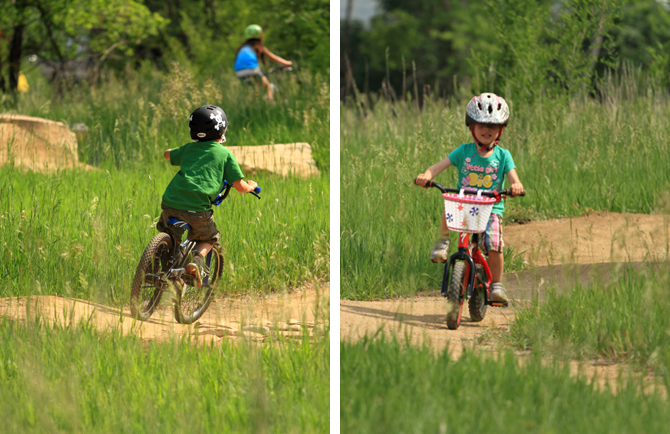 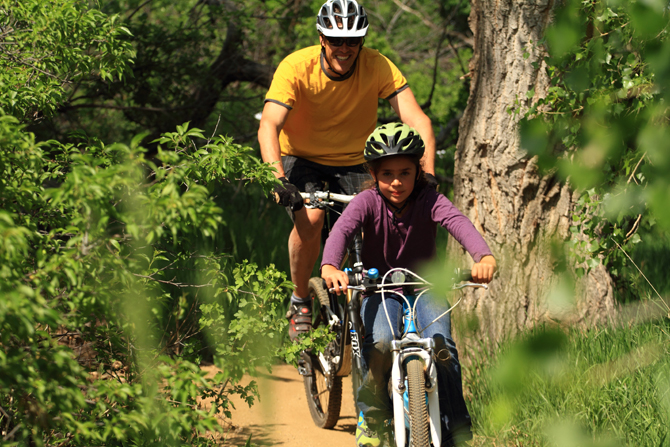 MBA: So where are the most common allies found?

Judd: Find your champion in the city. It could be a city council person. It could be someone in the parks and recreations department. It could be someone in a department like engineering. This initial connection can be totally informal. One city council member who thinks this is a good idea could be enough to get the project rolling. We are finding that schoolteachers have been instrumental in developing bike parks. Teachers are a great tie-in with a ton of stakeholders and with the city.

MBA: It really takes just a single person to get the project going?

Judd: It starts with one. Let’s say you have a city council member interested. That person has four to six other people on the city council who need to be convinced. That right there is the key to building 10,000 bike parks in America. Convincing the other six.

You have to back up your champion with an organized, professional approach and have a piece of land in mind. Once you are told you can have access to a piece of land, you have your starting place. That’s when we can point the officials to our Parkstart program. The Parkstart is a bundle of envisioning and conceptual design services that will give them all the resources they need to take a proposal to City Hall with confidence. Parkstart includes artist renderings, a conceptual site plan, an envisioning package and a rough budget estimate. 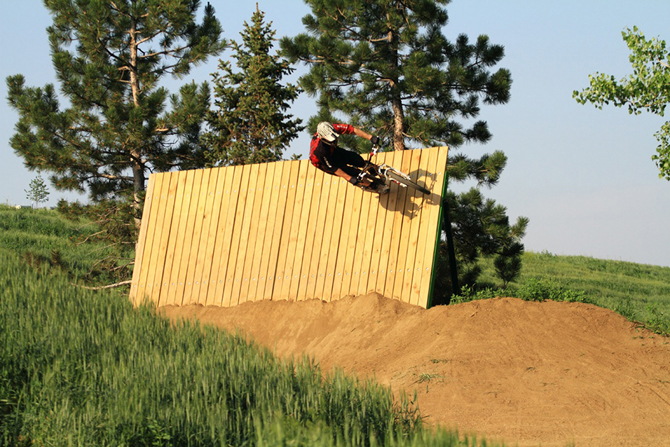 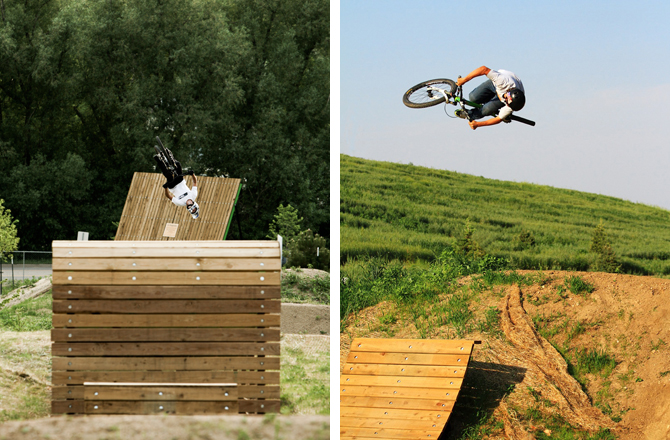 MBA: Is there a template for building a bike park or trail network?

Judd: There isn’t a standard model for what makes bike parks work yet. Each project is unique. An example is the Valmont Bike Park in Boulder, Colorado. It was pretty far along before we got involved. We knew this job was going out to bid, and we were prequalified based on our previous experience. We put our team together and were prepared when the RFP [Request For Proposal] went out. We won that proposal.

With our new projects, we are making great efforts to get involved much earlier with the clubs or individuals in the process. What we need to do is inspire communities to raise the bar on bike parks. Alpine Bike Parks is the consultant who can take it from there. We help these groups to come up with a design for the project and raise funds through our grant writing services.

Judd: It is a mixture. Communities will approach us with 55,000 acres where they want to put our features and connect the features with trails. Communities want to design bicycle playgrounds along their greenbelts and community trails. They want to put bike playgrounds into existing regional community parks. And, a growing number of towns are seeing the advantage of mountain biking tourism and want their communities to be known as riding destinations. 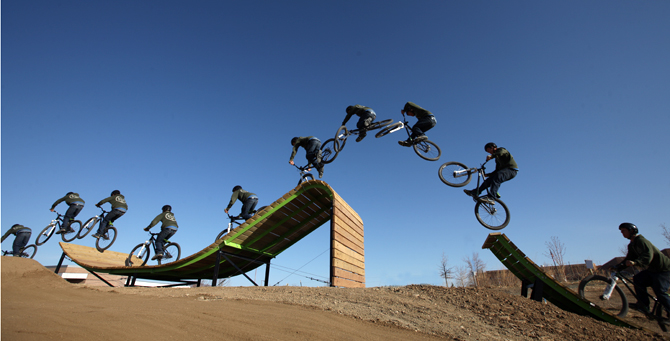 MBA: We have concern that the services you offer could trick a town into thinking that mountain biking can or should be contained to fenced areas, much like a municipal swimming pool or skatepark.

Judd: Your point totally resonates with me. I’m concerned with Alpine Bike Parks being branded as “the bicycle playground company.” I want a bigger pallet. I want to develop meaningful trail systems for my entire family and the community.

I’m 35, and my generation has had so many dirt jump spots leveled that I can’t even count them. We are the sandlot baseball generation. Now we are coming into places of decision-making capacity. We are coming into leadership roles, and there are a whole bunch of people in my generation who are trying to think ahead for the next generation. We are creating a constituency with bike parks that are cloud seeding the future.

Parents of the kids who will be using these areas over the next 10 to 15 years will become very supportive of mountain bike trails. All these kids are being brought up as cyclists. The next logical step from the playgrounds is to riding a trail network. They will continue to put pressure on parks and recreation to provide more bike-specific riding opportunities. I think it is going to lead to a bunch of trails being opened up because it is going to lead to consensus building. And that consensus is a positive thing. 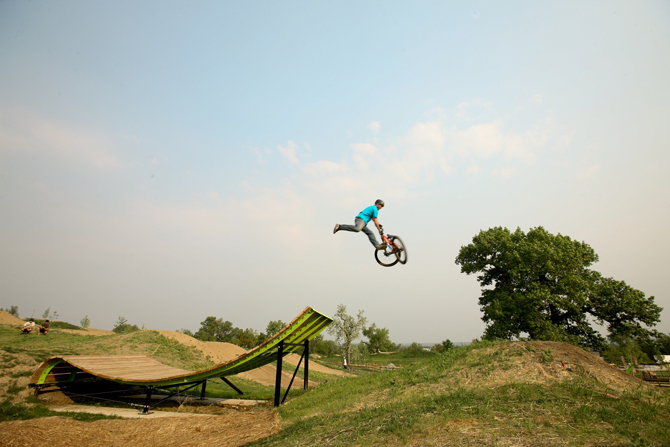 MBA: Most bike parks are built by hardcore riders who end up building features to keep themselves entertained but that are way too advanced. Ray’s Indoor MTB Parks and Whistler Mountain Bike Park learned pretty early on that there are a lot more beginners and sport-level riders than professionals. How do you address that?

Judd: We started as a bunch of riders building jumps and stunts for ourselves, and we haven’t lost that passion. Today, it is a mixture of the two. It is a love for flow and riding bikes and getting people on bikes with a lot of contracting and architectural experience. We bring those two worlds together. We have a wonderful team that understands cross-country connectivity and understands master planning. We know what it takes to develop a destination trail system or a bike park that everyone can enjoy. 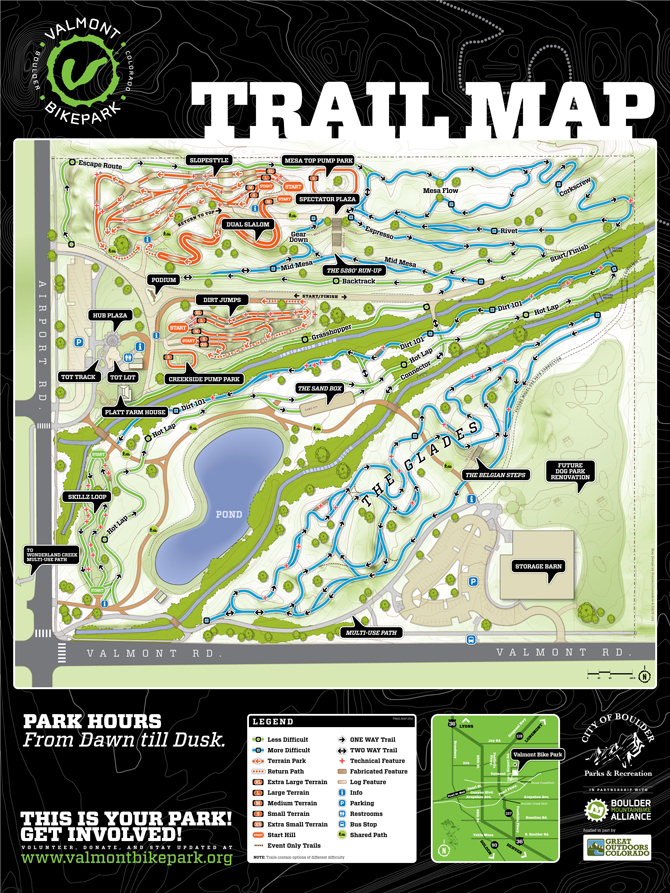 Photo of the Day: Somewhere South of Eureka, California