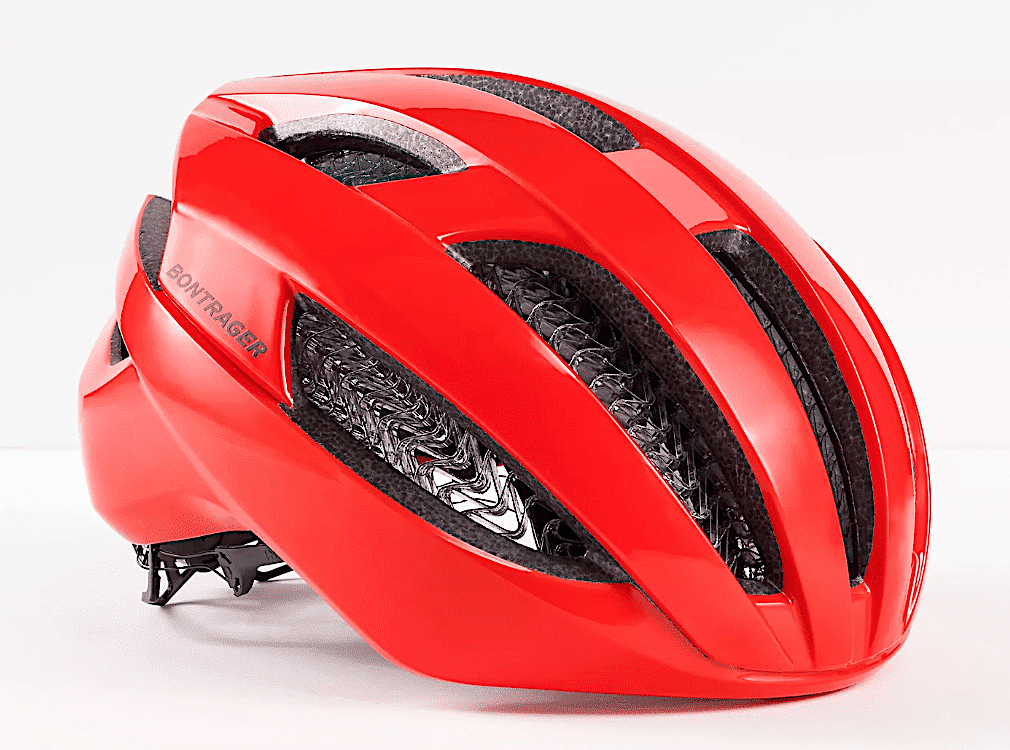 Bontrager has introduced a new family of helmets designed specifically to mitigate the impact of angular acceleration on a cyclist’s brain in the event of a crash.

Available in five colors and three sizes, the Specter enjoys some nice details that help enhance the attraction of its lower price point. While both helmets use the same Boa retention dial on the back, the Specter uses the high-end magnetic FidLock buckle. Ironically, as much attention to safety as Bontrager touts with the WaveCel material, the “reflective elements” listed is comprised of just a small, largely ineffective patch. 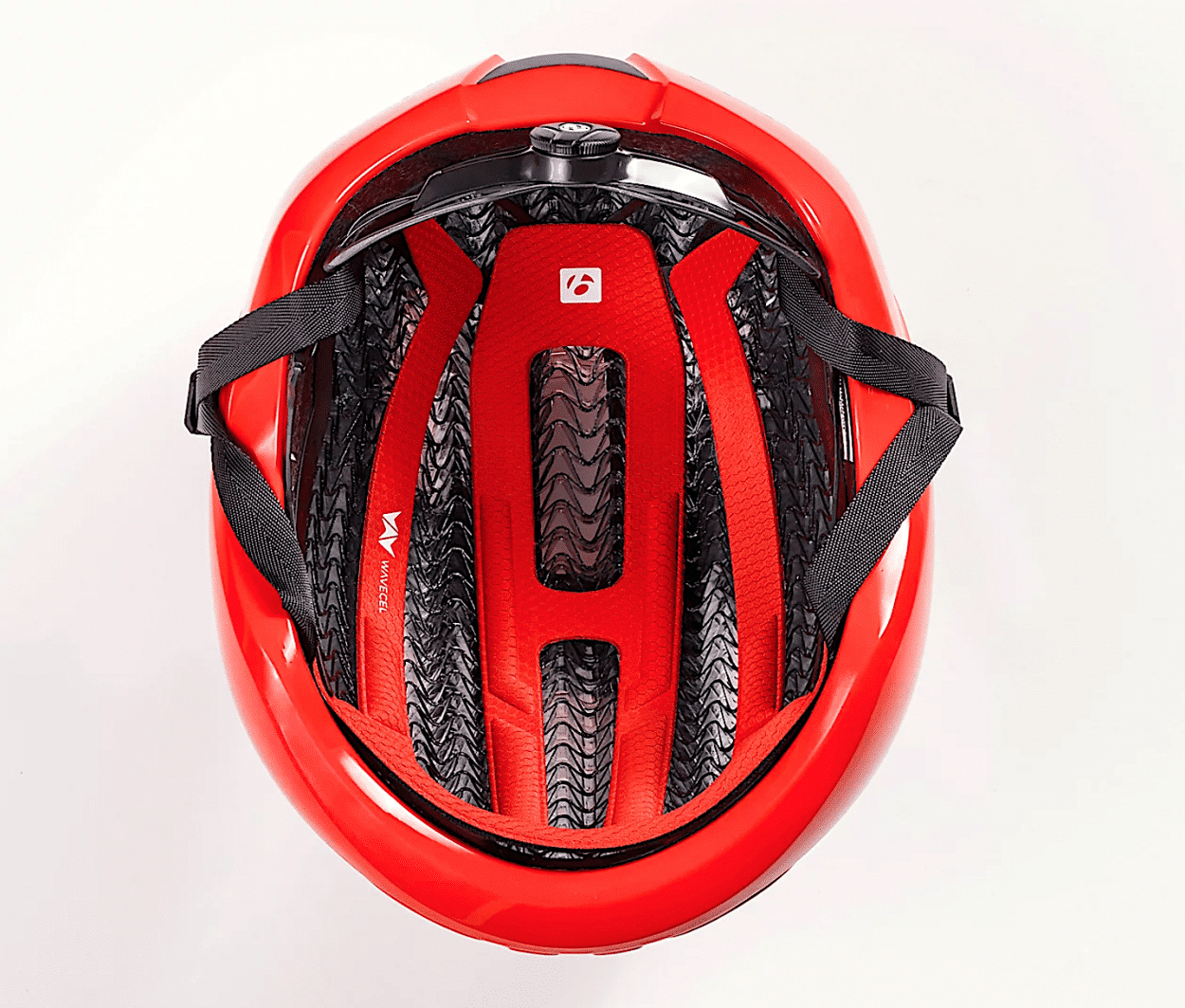 Speaking of weight, we weighed two other Bonti lids with MIPS to compare with the Specter. The Bontrager Starvos was 284 grams, and the Circuit weighed 301 grams. Going outside the family tree, a Smith Overtake (that uses a similar protective honeycomb) weighed 273 grams and a standard EPS Kask Mojito weighed just 213 grams.

Trek cites a hefty 58-gram difference between the small- and large-size Specter.

Owing the added WaveCel material, the Specter also measured half-an-inch wider from edge to edge than the similarly priced Circuit. 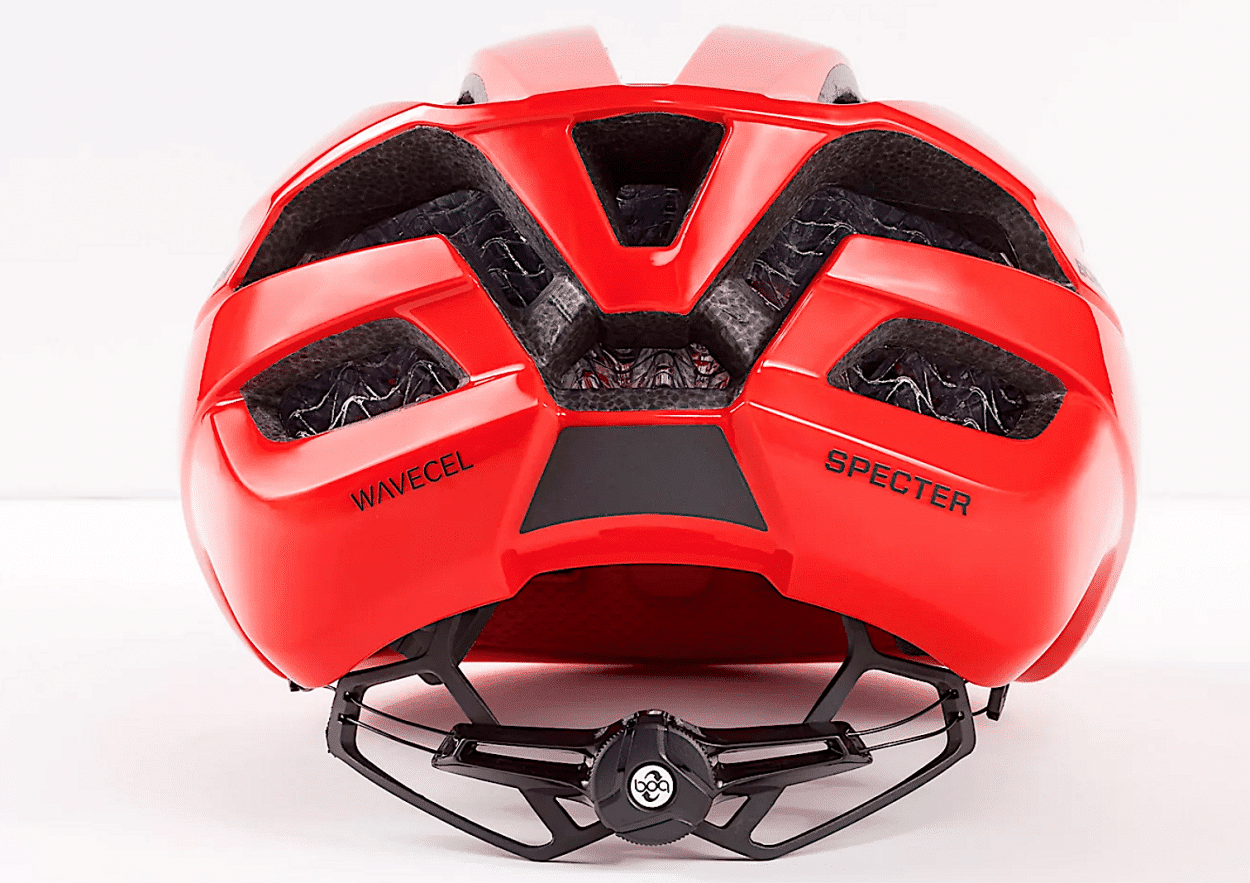 Like shoes and saddles, when it comes to judging helmet comfort, the verdict can be entirely subjective depending on any one rider’s head shape. One rider could never get the rear retention structure to not dig into the back of his head. For another rider, the Specter was just as comfortable as their personal helmet.

The three drawbacks that are commonly associated with adding an extra layer of impact protection are as follows: an increase in weight, an increase in the helmet’s outer proportions and decreased ventilation. While the Specter can check each one of these boxes, it was only the weight that first drew notice, and later, more than halfway through a four-hour ride, complaint.

The WaveCel never felt as breezy as some other brands, and worse, the WaveCel material deflects water when trying to cool down. When it came time for a long, slow-speed fire-road climb on a gravel bike, things got especially toasty upstairs.

Although some riders likened the WaveCel material to a potential cheese grater on the scalp due to its close proximity, we never felt any sharp edges in spite of the minimally thick pads. 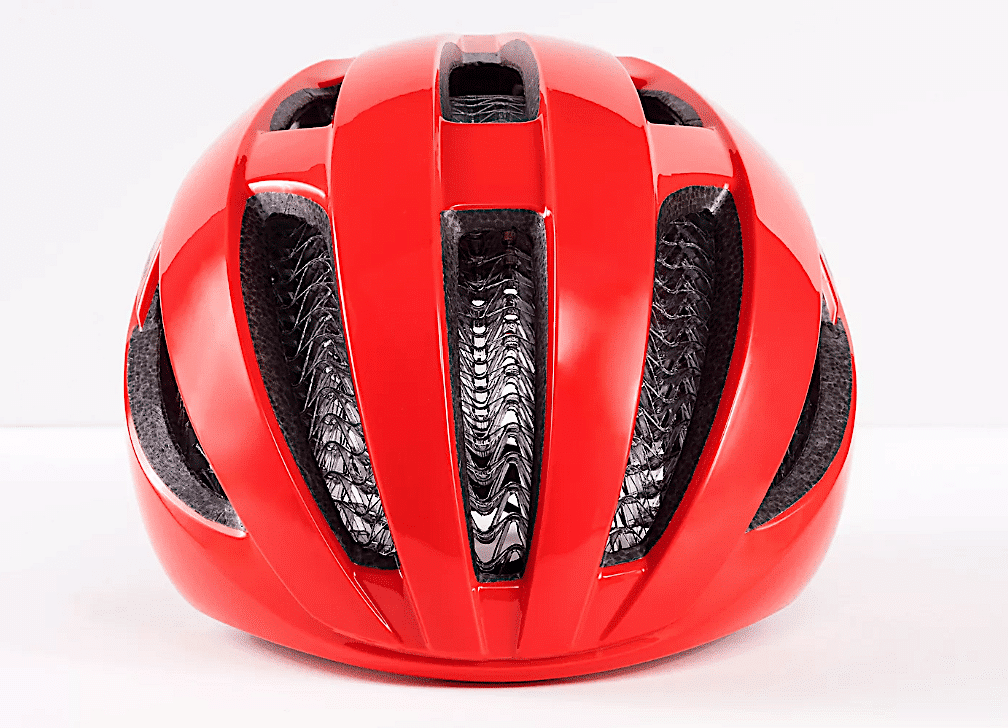 As much as Bontrager can be accused of over-hyping the arrival of the WaveCel, the introduction of new product that brings a higher level of safety and protection for cyclists should be applauded.

Of the two WaveCel choices, we’d choose the Specter and use the leftover money to go out for a nice dinner after
our ride.