John Hall is Aaron Gwin’s mechanic and the lead mechanic for Intense Factory Racing. His professional and personal life is all about mountain bikes. He rides them, he works on them, so no wonder John Hall likes talking about them.

Working at the highest level is something special. DH World Cup Racing is a pressure cooker of a crucible in which riders, teams, and mechanics live and die by the weekend’s results. Their livelihoods depend on it. 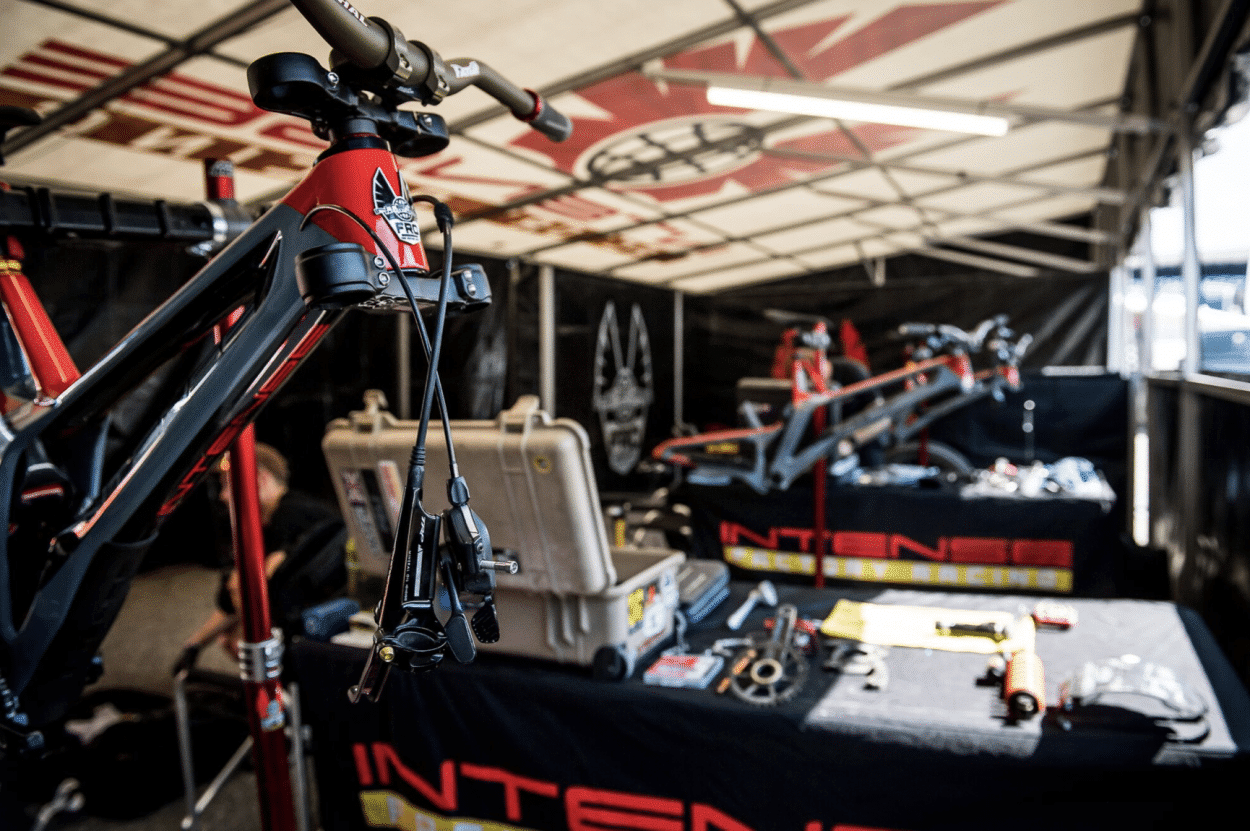 During a race weekend and in-between races’ many things happen that are only experienced by these athletes, managers, and mechanics. Outside the Toolbox is a series of stories about these things, told by John Hall and his friends. It shows a different side of racing, athletes, work and the person behind all this F1 like pressure.

As a former Marine, John brings a work ethic and perspective that few on the circuit have mastered. He carries himself with unmatched professionalism. He’s a constant tinkerer and a consummate pro, and of course, he’s cool as a cucumber under pressure.

Nothing comes between Aaron’s bike and John Hall. John’s quest for race-bike perfection paired with his hardworking ranch-bred, get ‘er done attitude and constant late-night garage tinkering is the professional side of John –Outside the Toolbox adds fun and personal side to it.

To bring you behind the scenes, TRP has worked with Hall to create a video series that gives a deeper insight into his practices, opinions—not to mention his honest love of bikes—and the work he does. 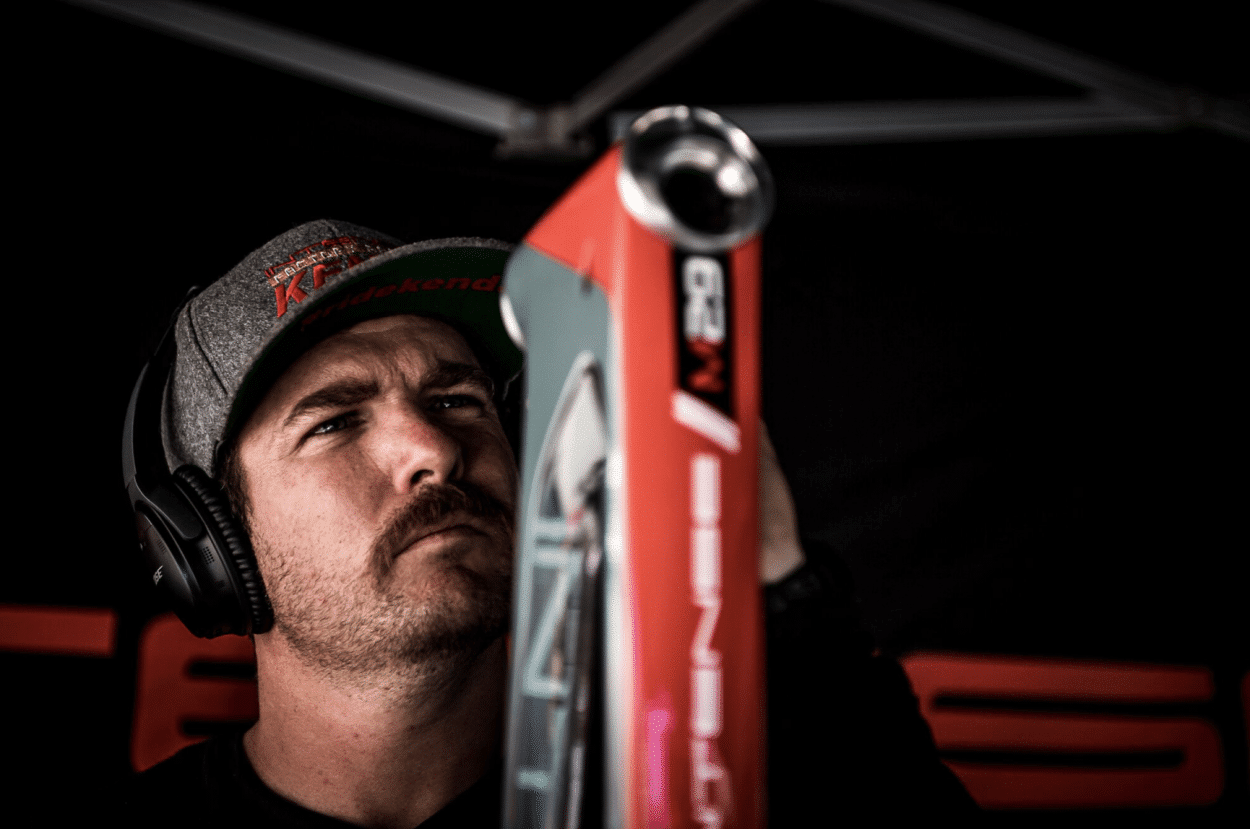 In the first series of four stories, we’ll see John sit down by the ‘Fireside’ with Neko Mulally. We’ll see him razz his peers on the world cup circuit in ‘Mechanics’, ‘Talk Shop’ from his Intense Factory Service Course, and he’ll do his best to describe what speed sounds like in ‘What’s That Sound’.New videos will launch each month, till it is time to go downhill racing again, enjoy and have a great off-season.

Watch: Grab Life by the Bars – 50 Years of Renthal