Meet The Riders And Their Rides: Aaron Gwin 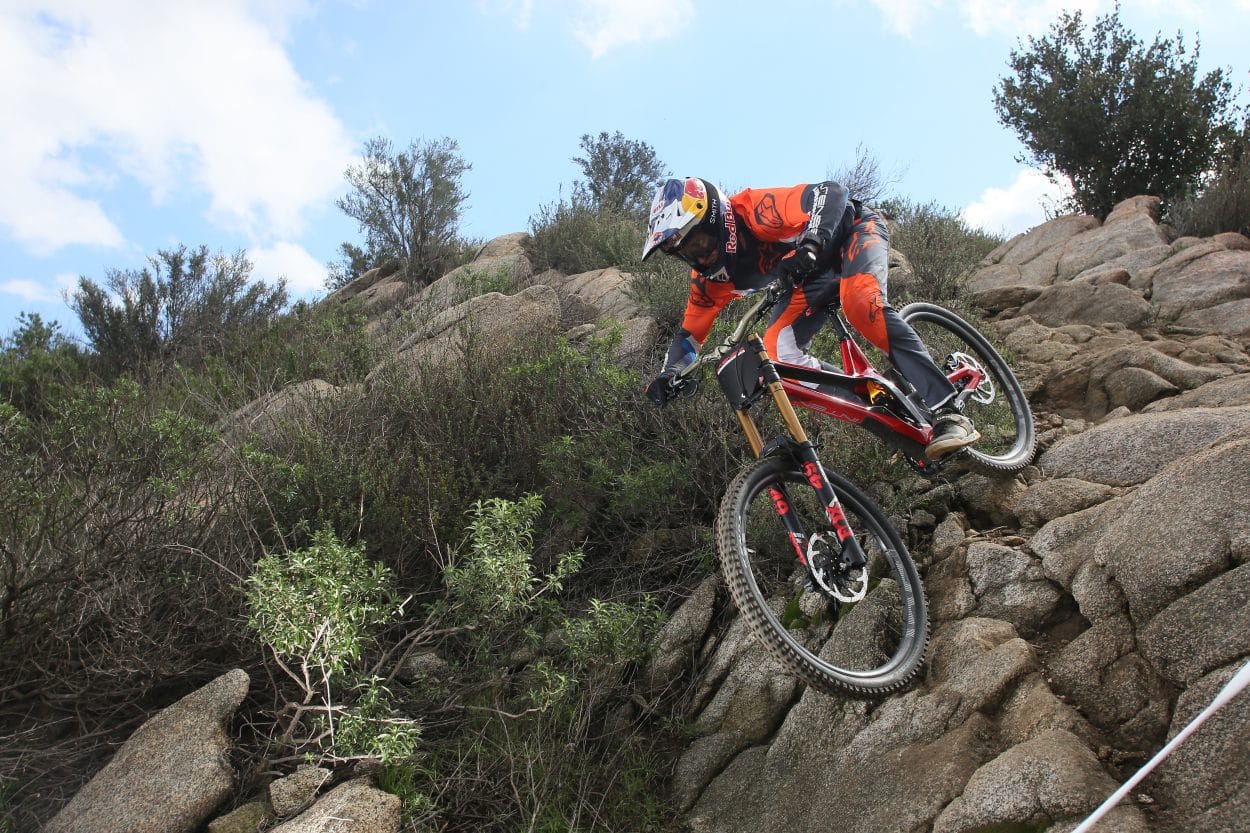 Gwin charges down a rocky descent at Fontana, California, on his Intense M29 downhill bike while preparing for another year on the World Cup circuit.

Aaron Gwin is by far the most successful racer in the history of American downhill mountain biking. He could well be regarded as the best in world history, too, by the time he’s done racing. He’s won five World Cup series downhill titles so far, eight national downhill titles, and he’s not done yet. At 31, he will likely be racing for another five years or more.

We recently met up with Aaron at the Southridge Winter Series in Fontana, California, to check out his new Intense M29 downhill bike and learn more about his role with the Intense downhill team.

Aaron Gwin grew up in the Morongo Valley of California, near Palm Springs. Thanks to his dad, a physical therapist, Gwin started riding a bike when he was three and took up racing BMX at four. By the age of six he had a sponsor and was soon flying around the country on the national BMX circuit. It was too much, too soon. Aaron got burned out on the demands of racing BMX on the national circuit by the age of nine, so he took up baseball and football instead. He excelled at both. He quarterbacked his football team to an undefeated season and pitched a perfect game in baseball, he told MBA in an interview in 2013.

At age 12, Aaron took up racing motocross, and he was exceptionally good at that, too. Aaron’s parents told him that he had to keep his grades above a C or they wouldn’t let him ride, and he became a straight-A student.

While working his way up through the top amateur ranks of motocross on his way to what looked to be a future pro racing career, Gwin suffered a series of injuries that caused him to give up his dreams of motocross stardom.

Watch: No Train, No Gain with Kate Courtney