Inside the Pro’s Bikes – Jenny Rissveds 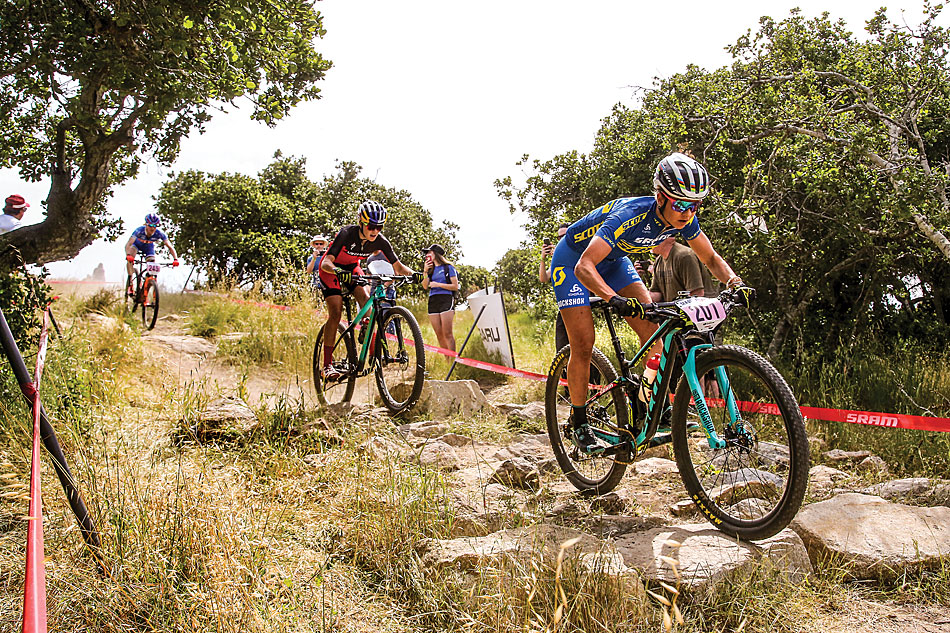 Technical skills: Jenny sails through the rocks at this year’s Sea Otter with Specialized’s Kate Courtney behind her. The two look like arch-rivals on the trail, but they hug and laugh when the race is over.

Last year Sweden’s Jenny Rissveds made one of the fastest rises to the top in our sport’s history. In her first season of racing against the elite women mountain bikers of the world, Rissveds won the most coveted title in mountain biking—the Olympic gold medal. It usually takes years for a rider to make it to the top of a sport. Jenny did it in her first year in the elite ranks.

Here’s how she got there: Jenny won five straight World Cup races in the U23 division in 2015. That made her eligible to move up to the elite ranks in the World Cup series for 2016, even though she was still only 21. She raced her first event in the elite ranks at the opening round of the 2016 World Cup series in Cairns, Australia, in April. She finished in ninth place. 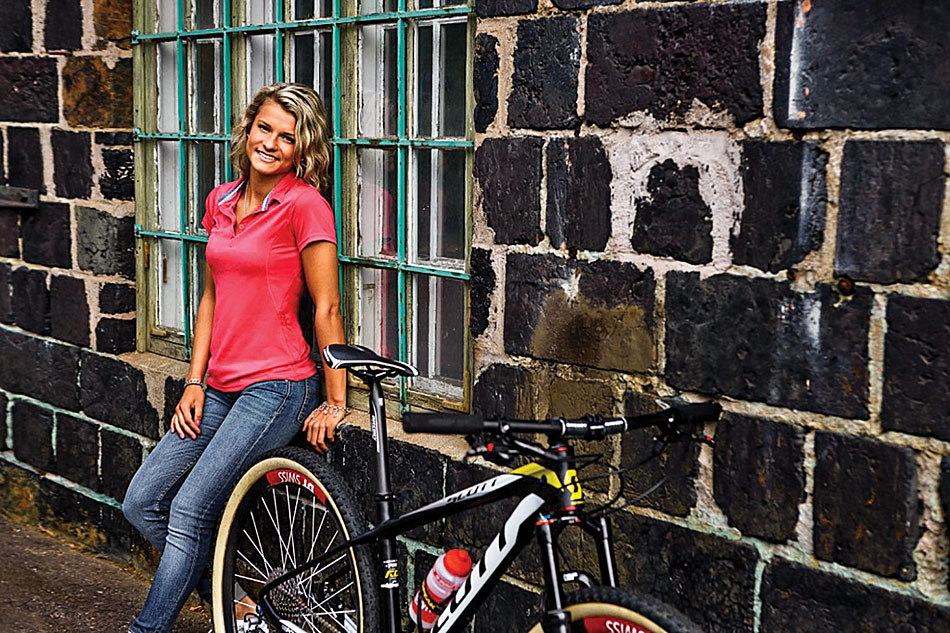 Sweden’s best: Even back in 2014, Jenny was already turning heads in the mountain bike world. (Photo courtesy of Scott-Odlo)

Rissveds raced her next World Cup at Albstadt, Germany, in May and placed second in the elite ranks. In 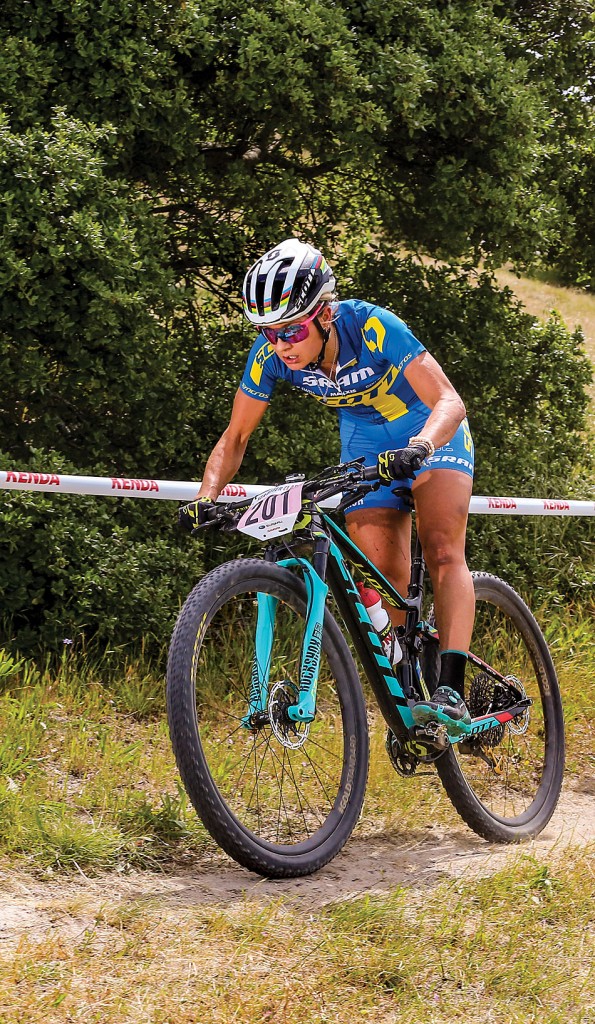 Jenny’s third World Cup race of 2016 at La Bresse, France, in June, Jenny suffered a get-off in the race that forced her to withdraw, giving her a DNF for the day—a rarity for her. After that, Jenny traveled to Nove Mesto in the Czech Republic for the 2016 World Championship. She entered and won the U23 title at the event, having just turned 22 in early June. On the following weekend, Jenny was in Lenzerheide, Switzerland, for the next round of the World Cup series. There, Jenny scored her first World Cup win in the elite ranks. That may have been all she needed to boost her confidence for what was to come next.
In August Jenny traveled to Rio de Janeiro and won the Olympic gold medal in women’s mountain biking. That win turned Jenny into a national hero in Sweden. She used her sudden celebrity and the personal appearances that resulted from her win to encourage other young women to pursue their goals too. There probably aren’t too many riders who think they can win an Olympic gold medal when they start out mountain biking, but if someone like Jenny Rissveds looks them in the eye and tells them they really can reach those goals, that might be all the encouragement they need.

By winning an Olympic gold medal, Jenny Rissveds found out what she most wants to do these days—make a positive impact on the lives of other young women, both in Sweden and around the world. If Jenny can keep winning the world’s toughest mountain bike races while she’s at it, that’s not bad, either. 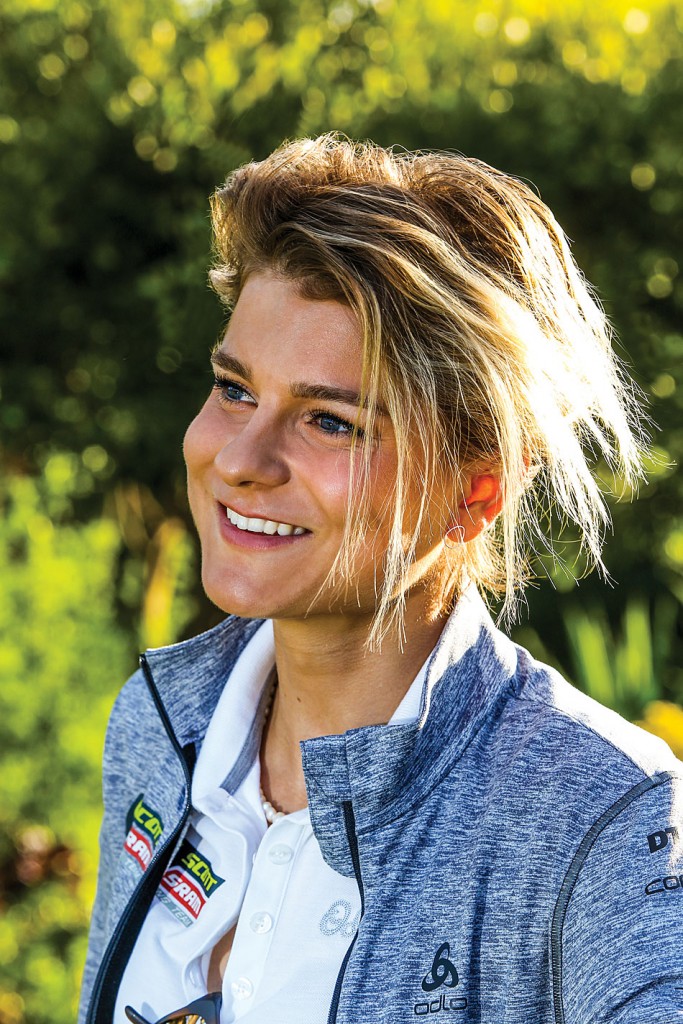 Name: Jenny Rissveds
Nickname: Cheetah
Birthdate: June 6, 1994
Birthplace: Falun, Sweden
Weight: 55 kilograms (121 pounds)
Height: 164cm (5 feet, 4 1/2 inches)
Favorite course (North America): Mont-Saint-Anne, Canada
Favorite course (Europe): Nove Mesto, Czech Republic
Favorite food: Mediterranean
Goals: To become an elite world champion
Heroes: My whole family
Favorite recording artist: Can’t say a specific one. I listen to all kinds of music
Favorite movie: I’m not that good in watching movies. I tend to fall asleep.
Favorite hobbies: Shopping
Jobs held (other than racer): None
Always takes on a trip: Makeup and my pillow
What you would be if you were not a racer: Physiotherapist
Major wins: Gold medal in the 2016 Olympic Games; U23 UCI world champion 2016; U23 World Cup series champion, 2015; first place, elite women, World Cup, Lenzerheide, Switzerland, 2016; seven World Cup victories in the U23 women’s XC division; Swedish national champion in 2013, 2014, 2015 and 2016.
What advice would you give to young women who want to be successful in mountain biking: Having fun out there is the most important. And to get better at riding, don’t be afraid [of] going out with someone that’s a bit faster or better technically. Riding the same lines and trying to hang on to a fast wheel makes you reach the next level. We as girls have it a bit easier finding a man that is stronger. Website: www.jennyrissveds.com 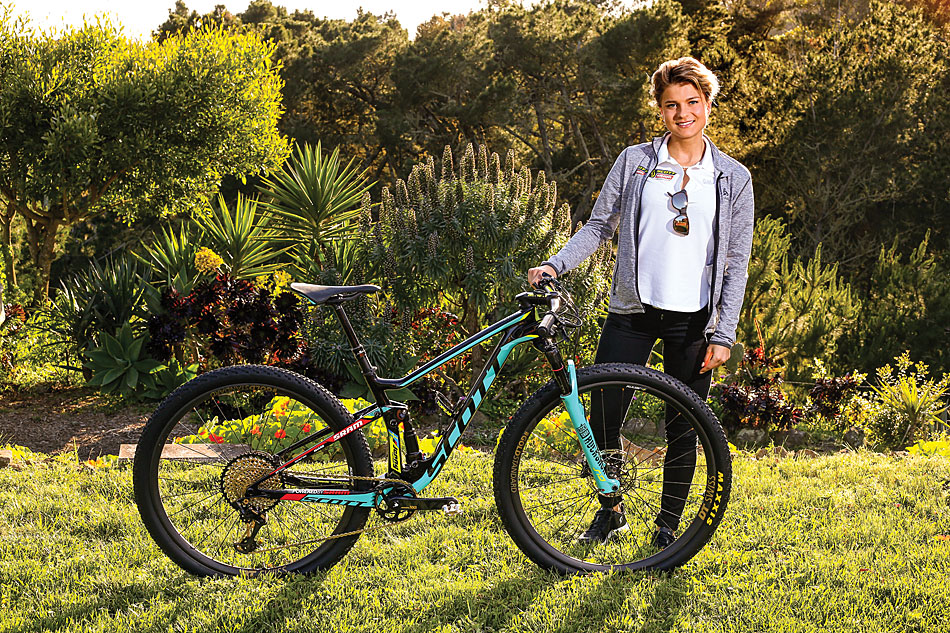 Photo of the Day: Marco Osborne