Mathieu van der Poel: I grew up in Belgium in the city called Kapellen.

MVDP: My father, Adrie van der Poel, is a former pro rider. He won the Ronde van Vlaanderen, Amstel Gold Race and Luik-Bastenaken-Luik. He finished on the podium in Paris-Roubaix and the Lombardije. He took a silver medal at the road World Championships in 1983. He also won a stage in the Tour de France, Dauphiné and Paris-Nice. He also became world champion in Cyclocross (1996), and he took five silver medals at the World Cyclocross Championships.

My mother, Corinne, is the daughter of Raymond Poulidor.

[Editor’s note: Raymond Poulidor was known as the “eternal runner-up” in his efforts to win the Tour de France. Poulidor raced against his fellow Frenchmen, Jaques Anquetil and Eddy Merckx, who each won the Tour de France five times. Poulidor never won cycling’s greatest race; he took second in the event three times and placed third five times, giving him the record for the most podium appearances. Upon his death in 2019, the Associated Press said of Poulidor that he was France’s “all-time favorite cyclist.”] 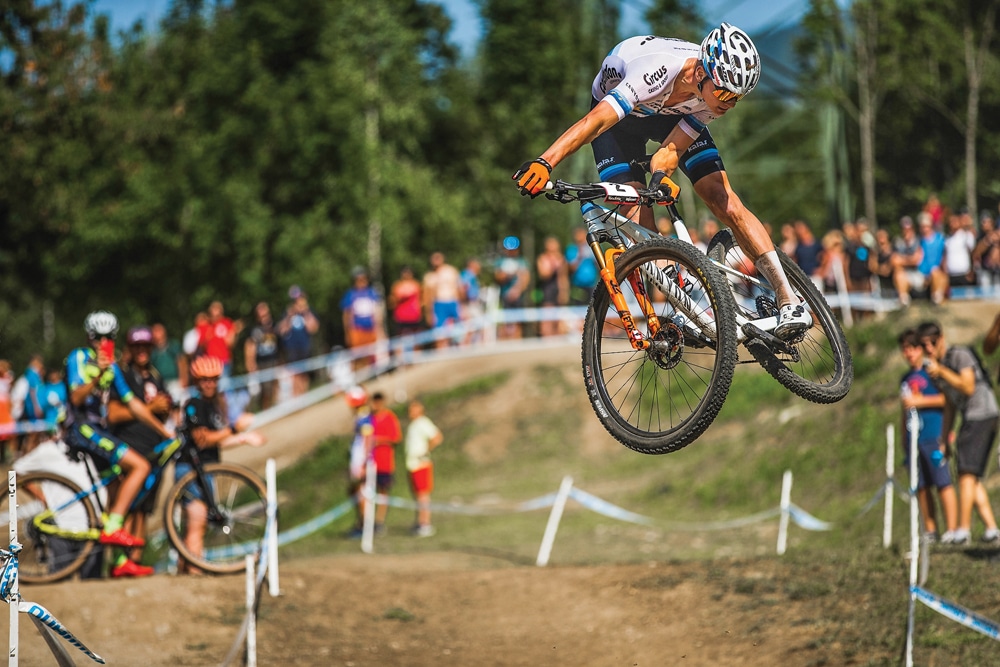 MBA: When did you start riding a bicycle?

MVDP: I started around 6–7 years old. I started racing with a recreational cycling federation. It wasn’t important which kind of bike you were using; the only obligated thing was wearing a helmet. I combined it with soccer, but when I was 12–13 years old, I made the full switch to cycling. I immediately started combining road cycling and cyclocross. I think I did around 30 cyclocross races and 30–35 road races each season.

MVDP: I was a full-time cyclocross rider, and I combined it with a bit of road racing as preparation for the CX season. I switched to mountain biking, as I really love the off-road disciplines, and I absolutely wanted to go to the 2020 Olympics. I really love combining the three disciplines.

MBA: What have been your best race results on non-mountain bikes?

• Silver medal at the European Champions 2018

MVDP: I start mountain biking lately. In February 2016, I competed in my first-ever MTB race. Immediately after the cyclocross season, we went to Cyprus for the Sunshine Cup. Before, I barely rode on a mountain bike.

MBA: How did you do in your first mountain bike competition?

MVDP: I became 10th in the prologue, and I won the first stage.