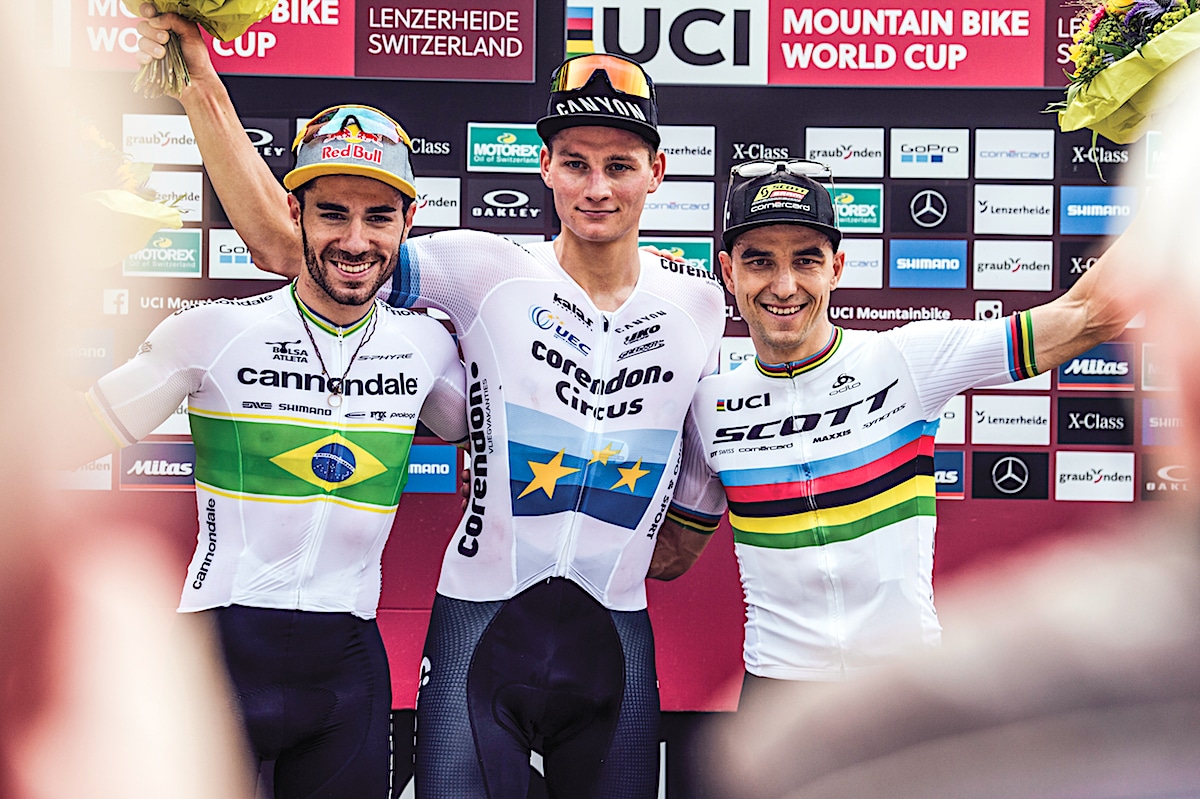 MBA: What have been your best national and international results on a mountain bike?

MBA: What other sports do you enjoy besides mountain biking?

MBA: If possible, can you tell us something interesting or unusual about yourself or your family that is not widely known.

MVDP: That I combined cycling a long time with soccer, and I was not a bad soccer player when I was young. I got the chance to playtest games at Royal Antwerp FC (first division Belgium) Belgium and Willem II (first division Netherlands). I was even part of the Talent Academy of Willem II. But in the end, I chose cycling. I preferred the individual character of winning in cycling, while in soccer you are too dependent on teammates. Of course, in cycling, you need your teammates, too!