The name can throw you. The first time we saw it, we thought Vaea Verbeeck was probably from Europe or somewhere else even farther away. It turns out that Vaea was born in Tahiti, but she moved to Canada with her mom when she was 3.

Vaea took up mountain biking as a teenager. Now, at 29, she has risen to become one of the top downhill and dual-slalom riders in North America, as well as one of the most impressive women jumpers we’ve ever seen, which she demonstrated by launching her bike over the 40-foot double jumps in the Red Bull Best Whip contest at the latest Fox U.S. Open. Vaea can also be seen elsewhere in this issue competing in the Red Bull Formation (the women’s equivalent of the Red Bull Rampage).

We got together with Vaea recently to find out how she became one of the top mountain bike riders in the world and to learn how she sets up her bikes. 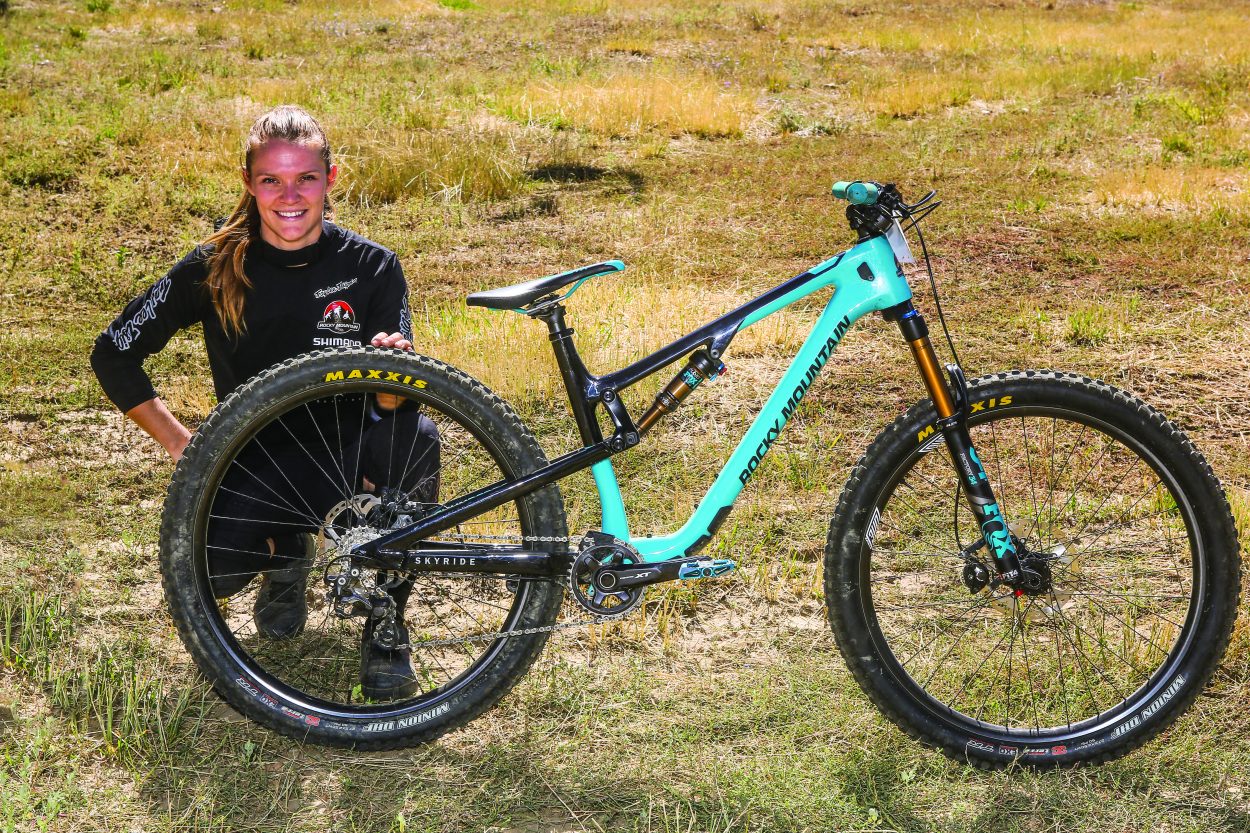 Vaea Verbeeck and her Thunderbolt.

Marital status: in a relationship

Started racing or competing: First race was the national champs in Mont-Sainte-Anne in 2008

Racing/riding specialty: Bit of all mountain biking disciplines but background is in downhill racing

Goals: Become the best mountain biker I can be from racing to free riding.

What you would be if you were not a racer: My first love was snowboarding, and my friends and I hung out in the park quite a bit. Slopestyle snowboarder would be cool. I could also be working in logistics of some sort, racing my keyboard at a desktop 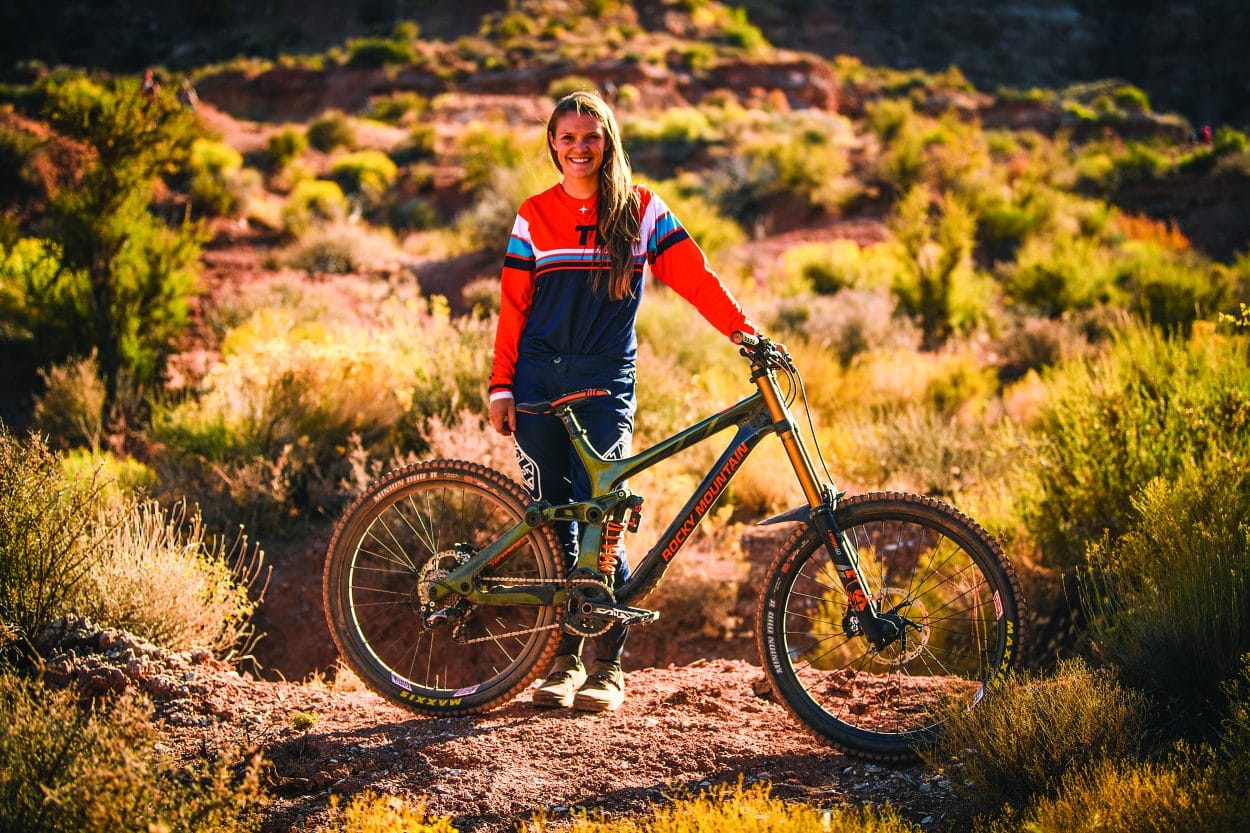 Frames: “I ride Rocky Mountain bikes. My downhill bike is the Maiden, carbon frame, size large, 27.5-inch wheels, 200mm of travel. It is the most playful downhill bike I’ve ever owned. I love cornering and bike handling with the Maiden.

“My shuttle or big-mountain trail bike is the Slayer, carbon frame, size medium, 27.5-inch wheels, 180mm of travel. I love this bike on mellow downhill trails or for racing air downhill races, jumps and flow.

“My main trail bike is the Altitude, carbon frame, size medium, 27.5-inch wheels, 160mm of travel. The Altitude is a very capable trail bike. It pedals well and gets me on most of my trail bike adventures.

Carbon or titanium bolts: No.

Weight of complete bike: Downhill bike: 35.7 pounds [others not known].

Vaea: Granby, Quebec, since the age of 3.

MBA: What kind of work did your father and mother do?

Vaea: My parents ran a local journal and then a hotel chain in French Polynesia for a dozen years and split when I was 3. Then my mom worked in publicity at the local newspaper in Granby, Quebec, and my dad moved to the south of France and ran his own stock trading business in the gold market. 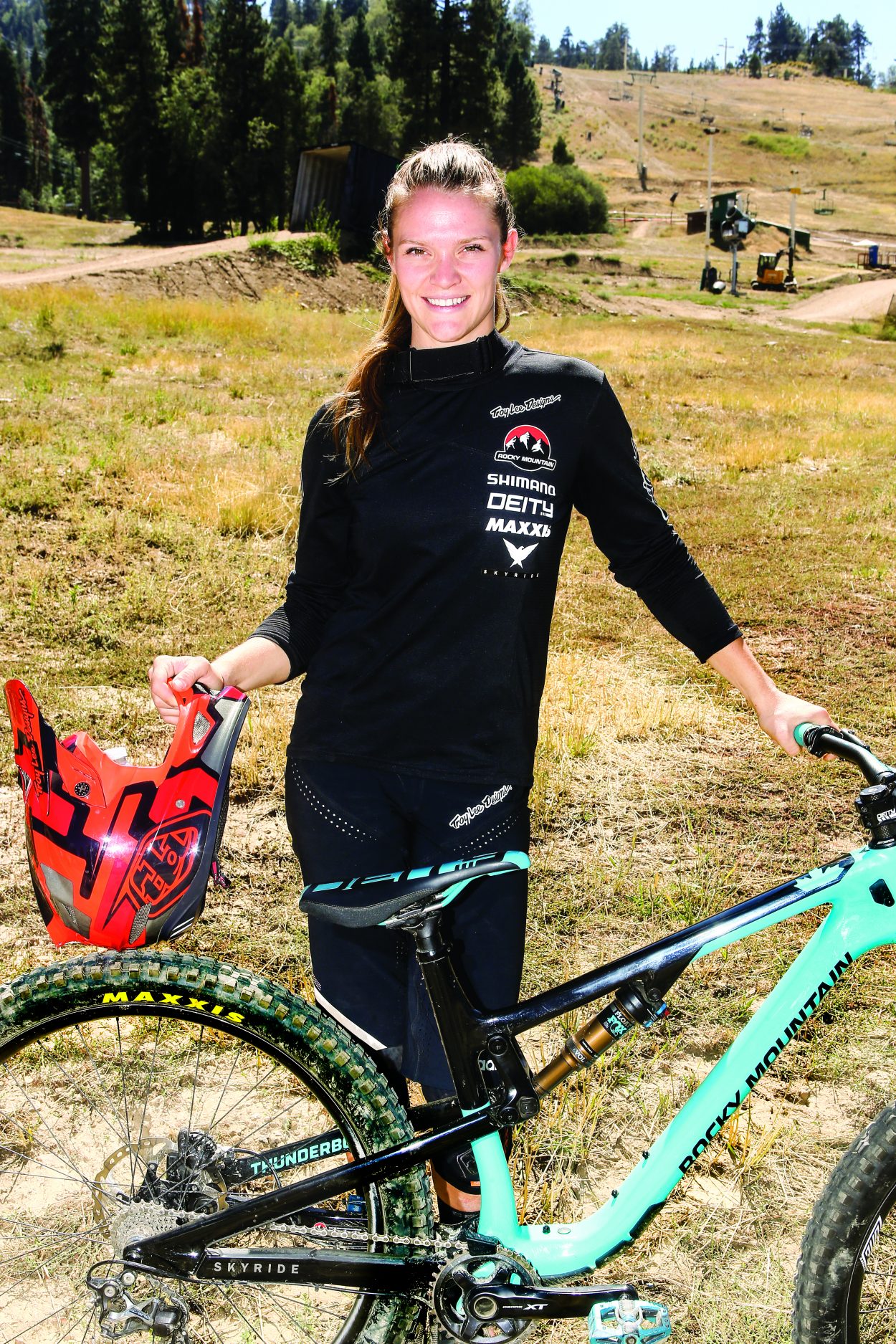 Vaea has a full quiver of bikes to suit any occasion, choosing this Rocky Mountain Thunderbolt for her podium finish in the Pro Women’s Dual Slalom at the recent Fox U.S. Open.

Vaea: I learned to ride a bicycle as a kid but didn’t ride a bike as a teenager until I was 17 and discovered mountain biking in 2007.

Vaea: My first race was the Downhill National Championship in Mont Sainte-Anne in 2008.

Vaea: I crashed twice in my race run and finished second in Juniors, 7th overall. Not a stellar performance by any means, but it was a steep learning curve!

Vaea: Granby, Quebec, then Saint-Lambert, on the south shore of Montreal for a pre-university program. 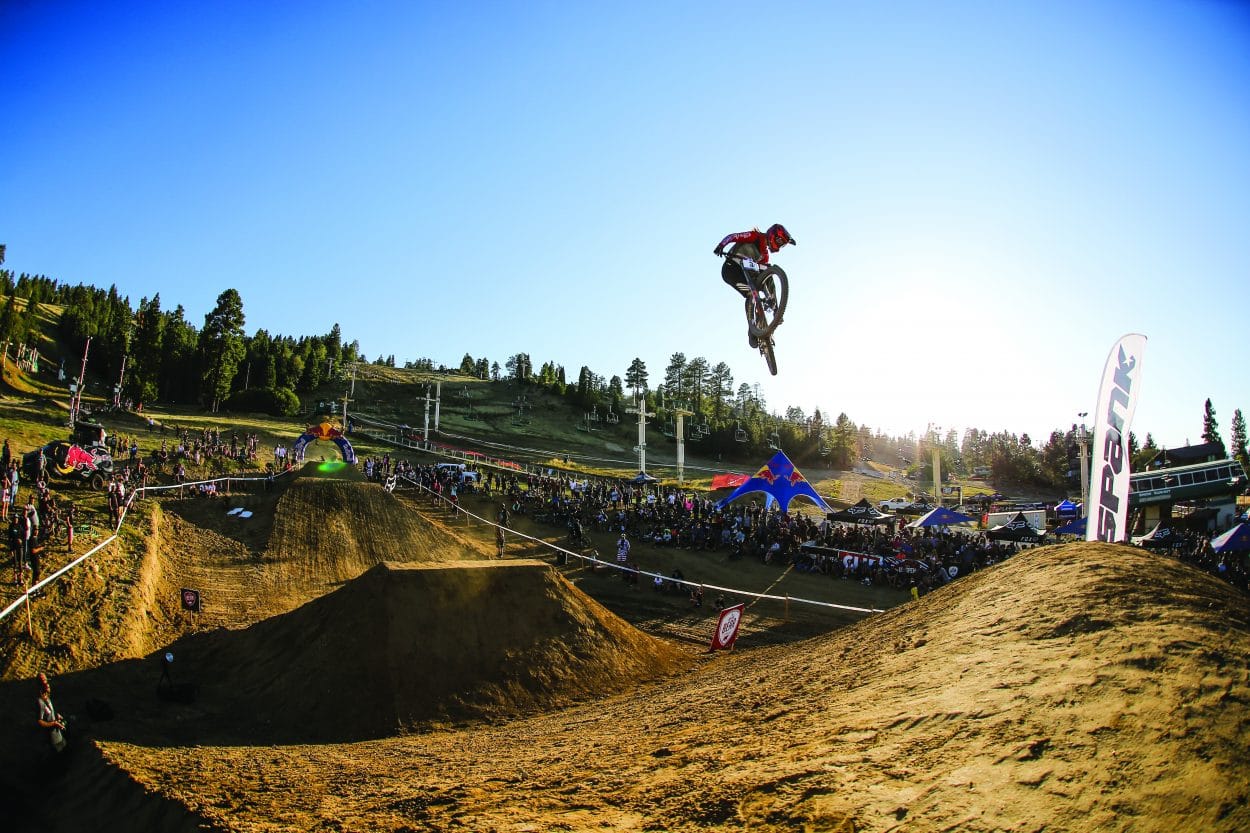 Verbeeck is fearless when it comes to big jumps, as she proved in the Best Whip contest at the Fox U.S. Open.

Vaea: First-aid ski patrol; sporting-goods salesperson; serving was my job after school to save money for racing and have a flexible schedule.

MBA: What other sports do you like besides mountain biking?

Vaea: Hiking, dirt biking, climbing, snowboarding, skiing, and gymnastics. I competed in gymnastics and swimming growing up. I got second at my first provincial gymnastics competition. We couldn’t travel to more competitions, as it was too timeconsuming for my mom to handle my sister and me on her own.

MBA: Can you tell us something interesting or unusual about yourself or your family that is not widely known?

Vaea: These days, I don’t know if too many of my fans know of my French background. I grew up in Quebec and only moved to North Vancouver, B.C., in 2013, once I was done with my studies. My family is still in Quebec, and I followed my passion, which brought me to B.C.

Where is Rebecca Rusch Today?