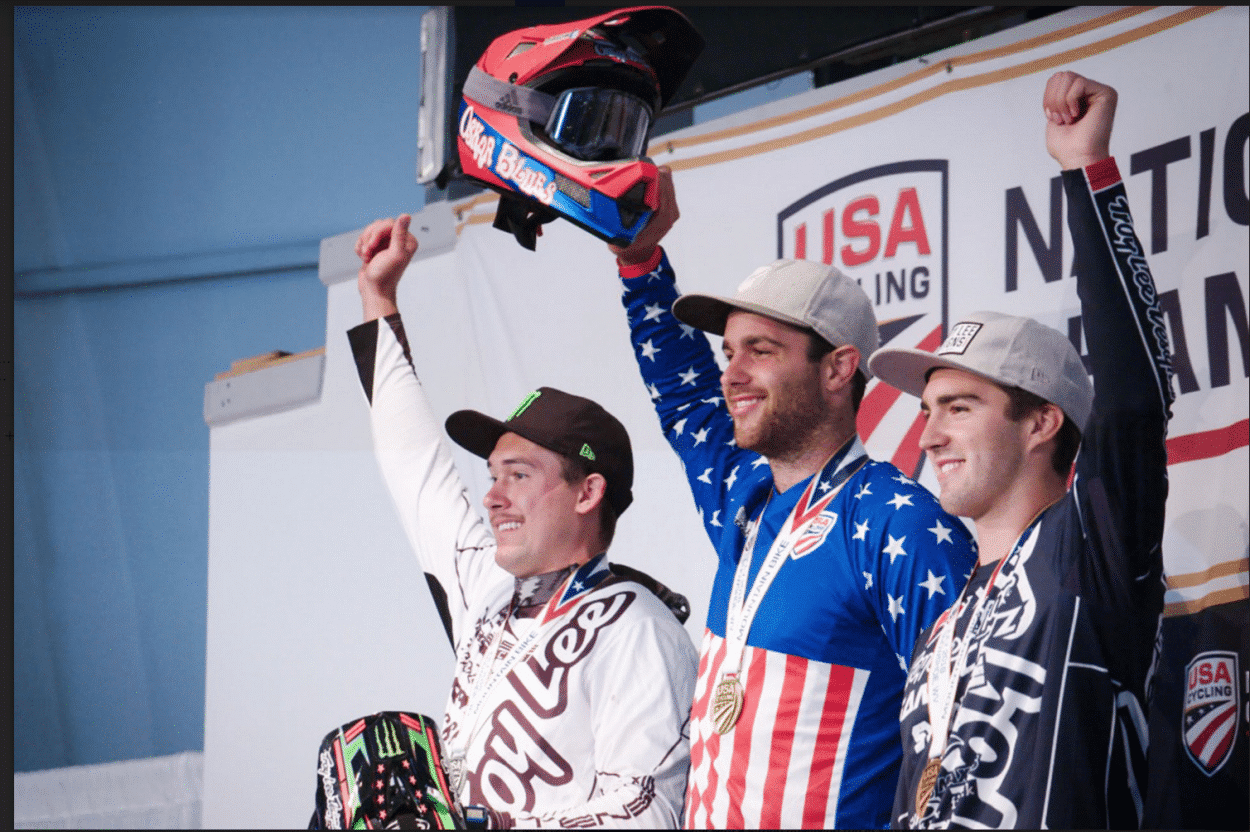 You probably remember when Aaron Gwin broke his chain at the start of a World Cup downhill race and still won. It may have been the most amazing World Cup win ever.

Do you remember when Neko Mulally snapped his chain and raced all the way down the course that way, and yet he still took fourth in the Elite Men’s downhill at the World Championships in 2014? That happened the year before Gwin scored his chain-less win, and Neko’s race was nearly as impressive as Gwin’s. That may be one of the reasons the two riders are team-mates today. 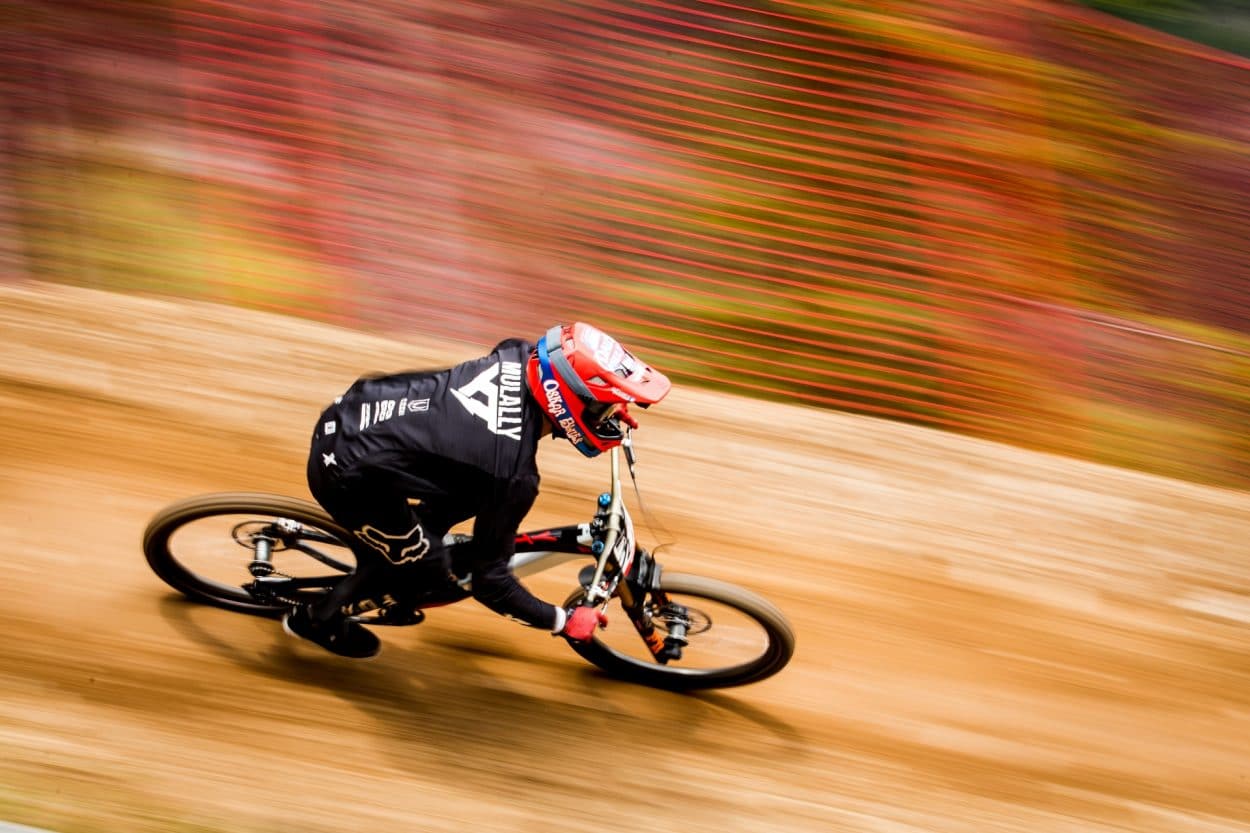 Do you remember when Neko won the Junior Men’s downhill title in the U.S. in 2011 and went faster than all the pros? Logan Binggeli won the Pro Men’s title, but Neko’s run was faster.

The UCI decided the next year that Neko deserved America’s Elite Men’s downhill title for 2011, so they had Neko wear a stars-and-stripes sleeve on his jersey in 2012 to show that he was the top Elite Men’s downhill rider in America. Whether we remember those things or not, it’s all history now. This summer Neko won the Pro Men’s downhill title at the USA Cycling National Championships in Snowshoe, West Virginia. It took him seven years to earn the stars-and-stripes jersey again, but now he has it until the summer of 2019. 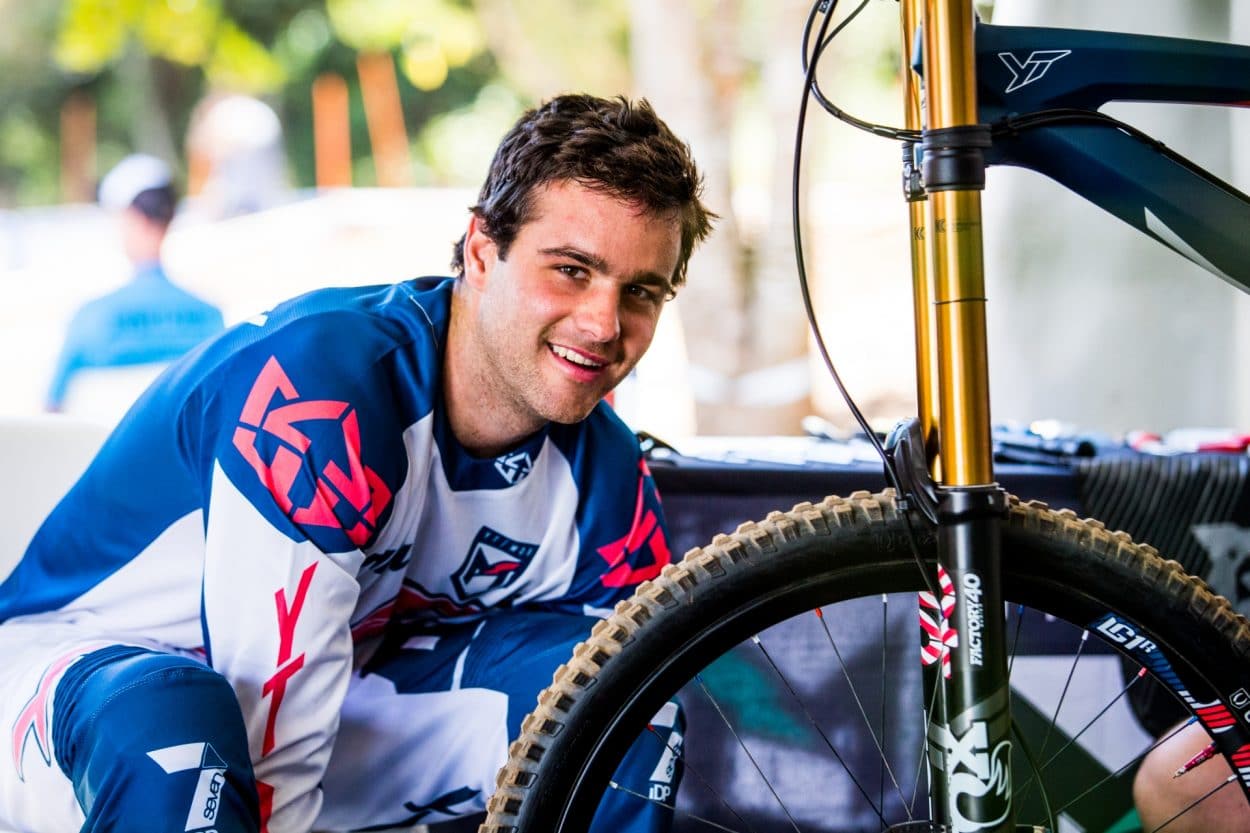 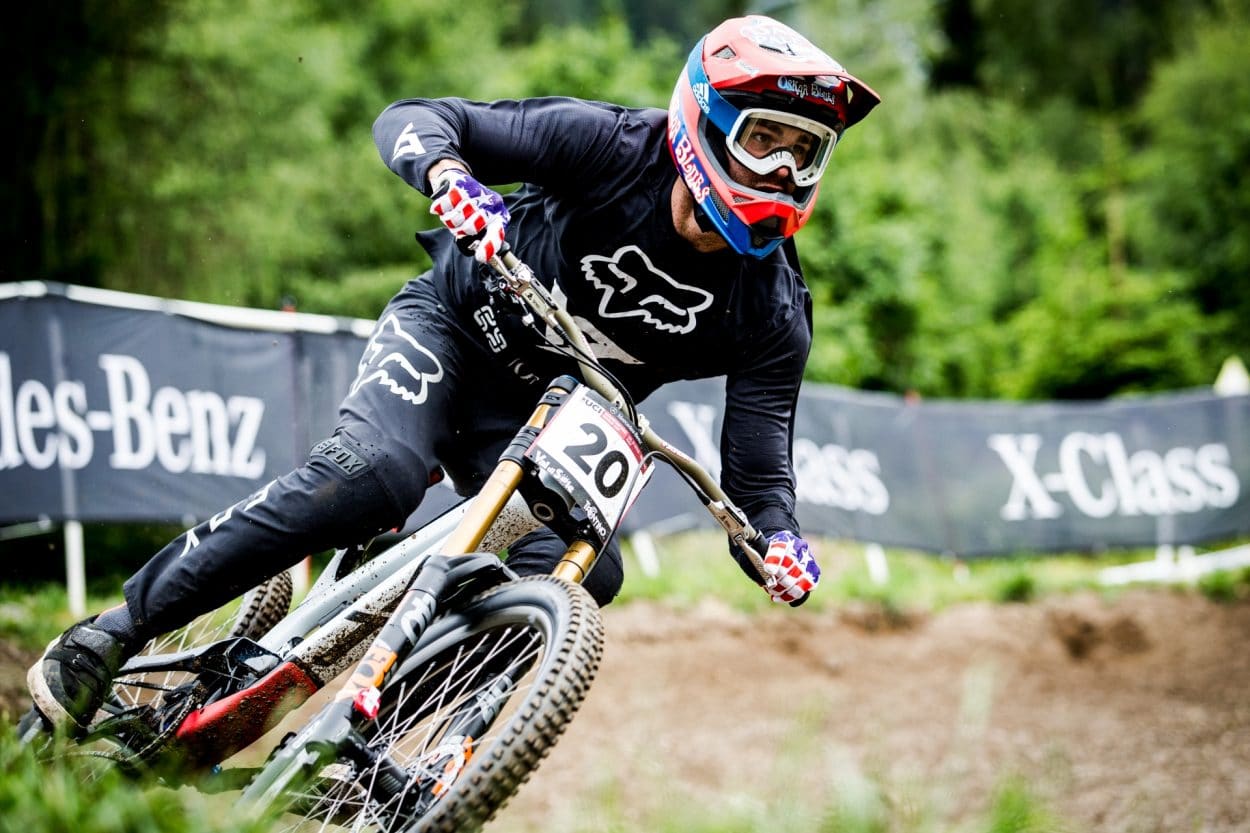 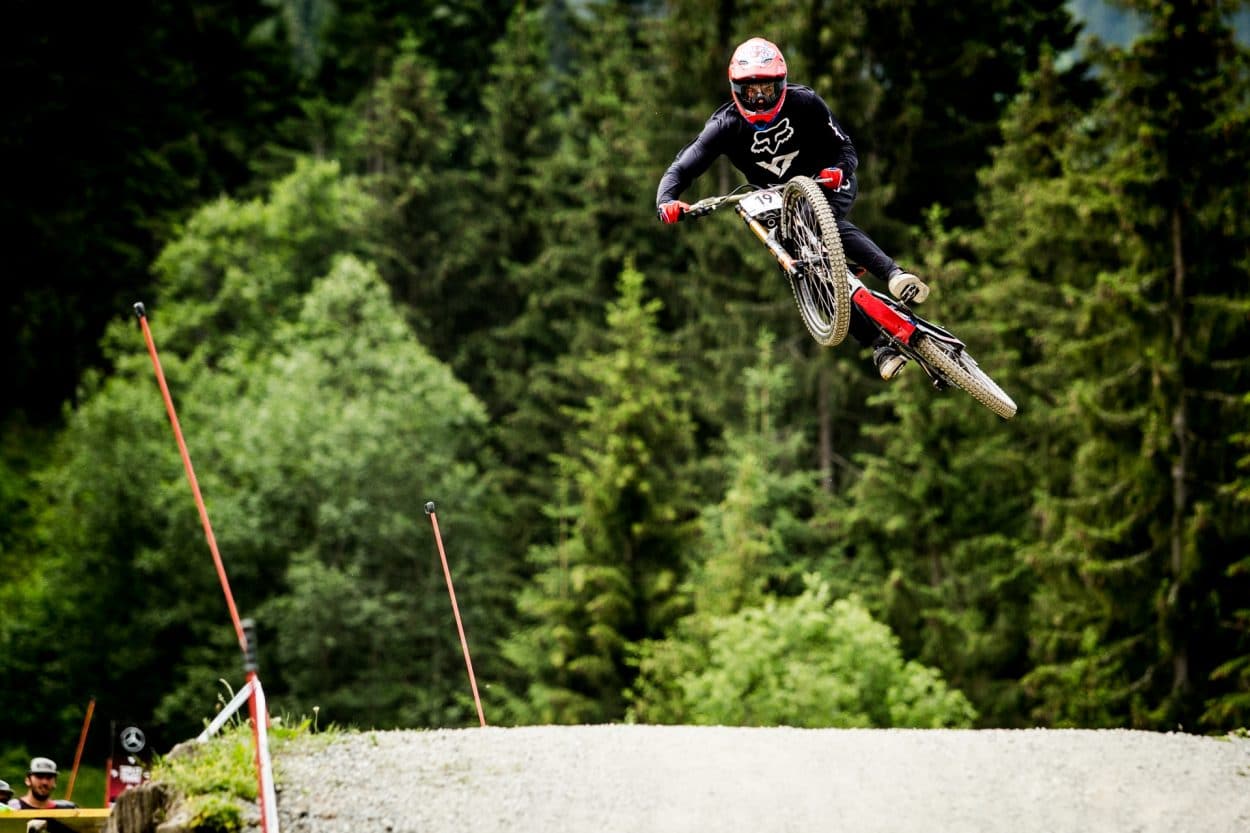 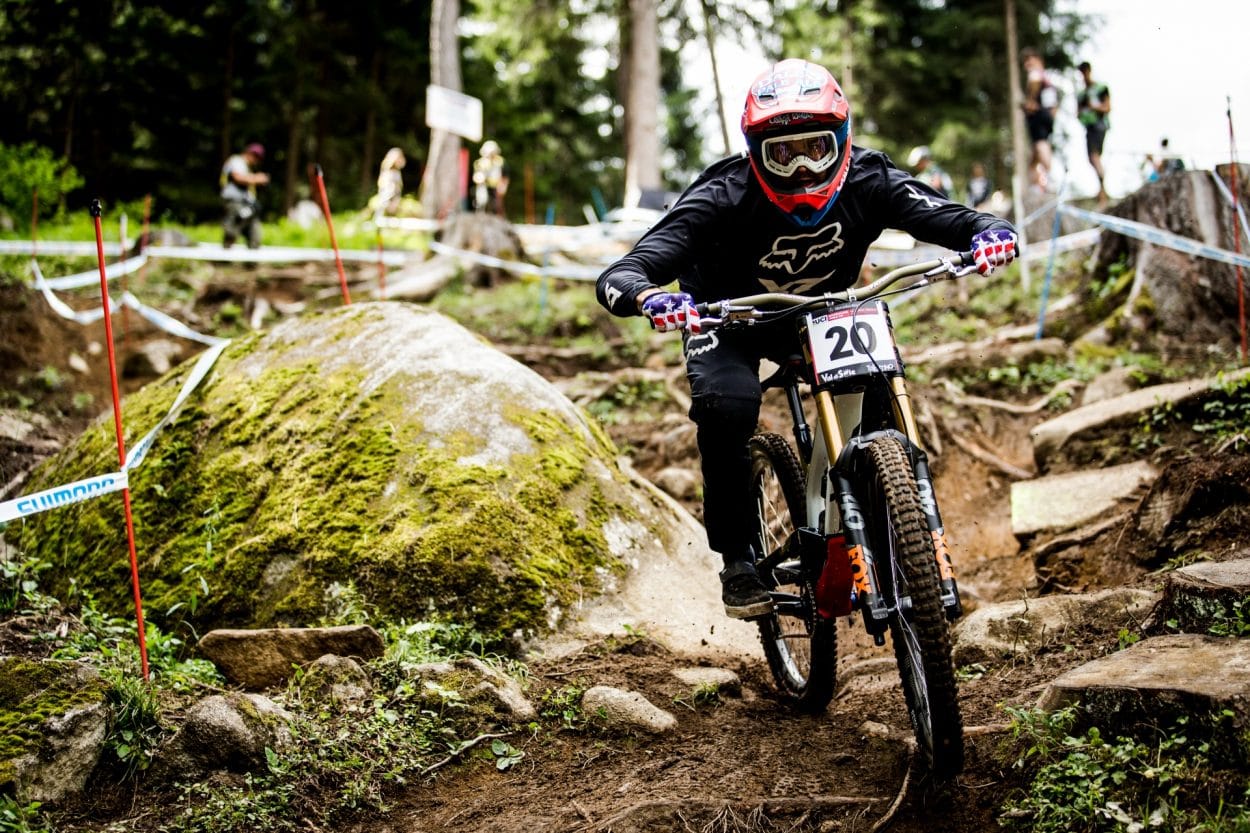 MBA: Where did you grow up? Neko: Reading, Pennsylvania.

Neko: Age 5.
MBA: When did you first start racing?

Neko: I won my first race!

MBA: How long did you do that, and what made you switch to mountain bikes?

Neko: I raced BMX for five years, then switched to mountain bikes at age 13.

MBA: What were your best competi- tion results on non-mountain bikes? 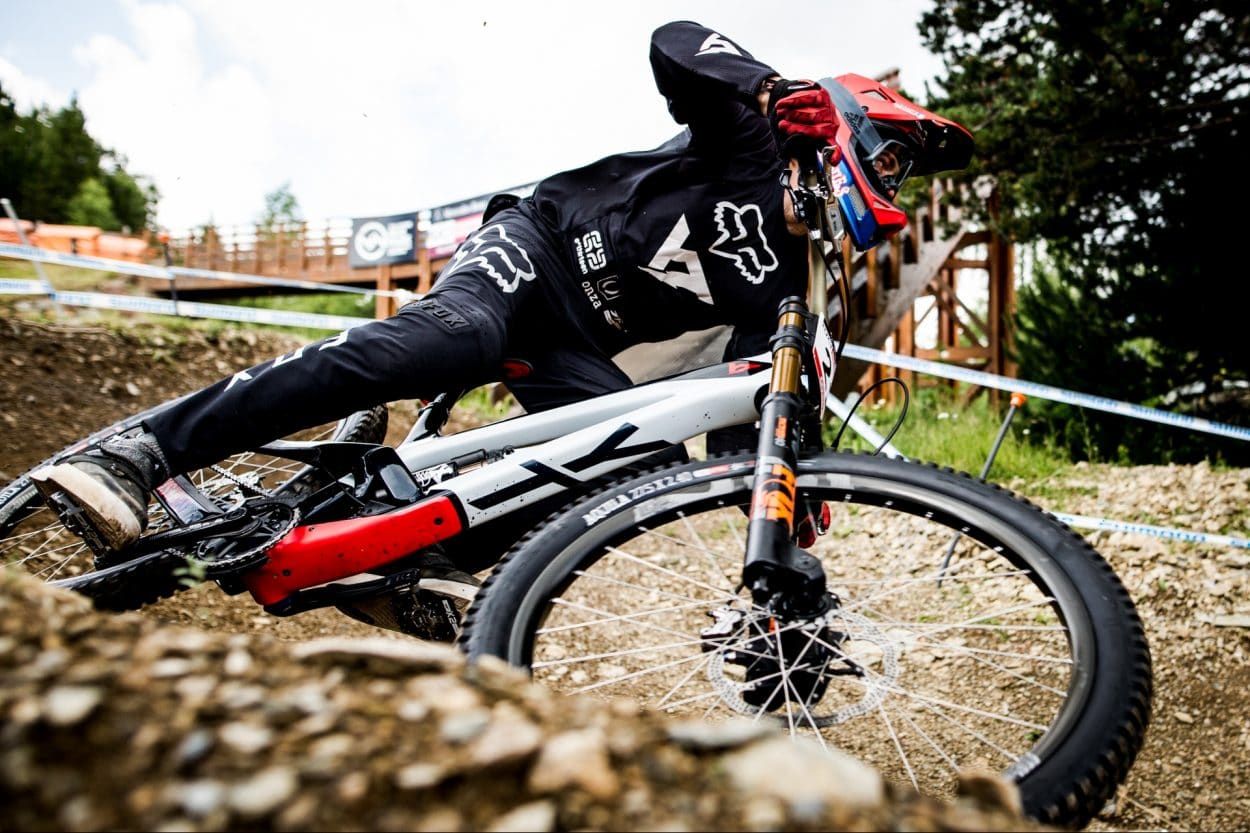 Neko: I finished second at the World Championships as a junior in Mont- Sainte-Anne in 2010.

First in the national champs in 2011.

Fifteenth overall in the World Cup in 2013. 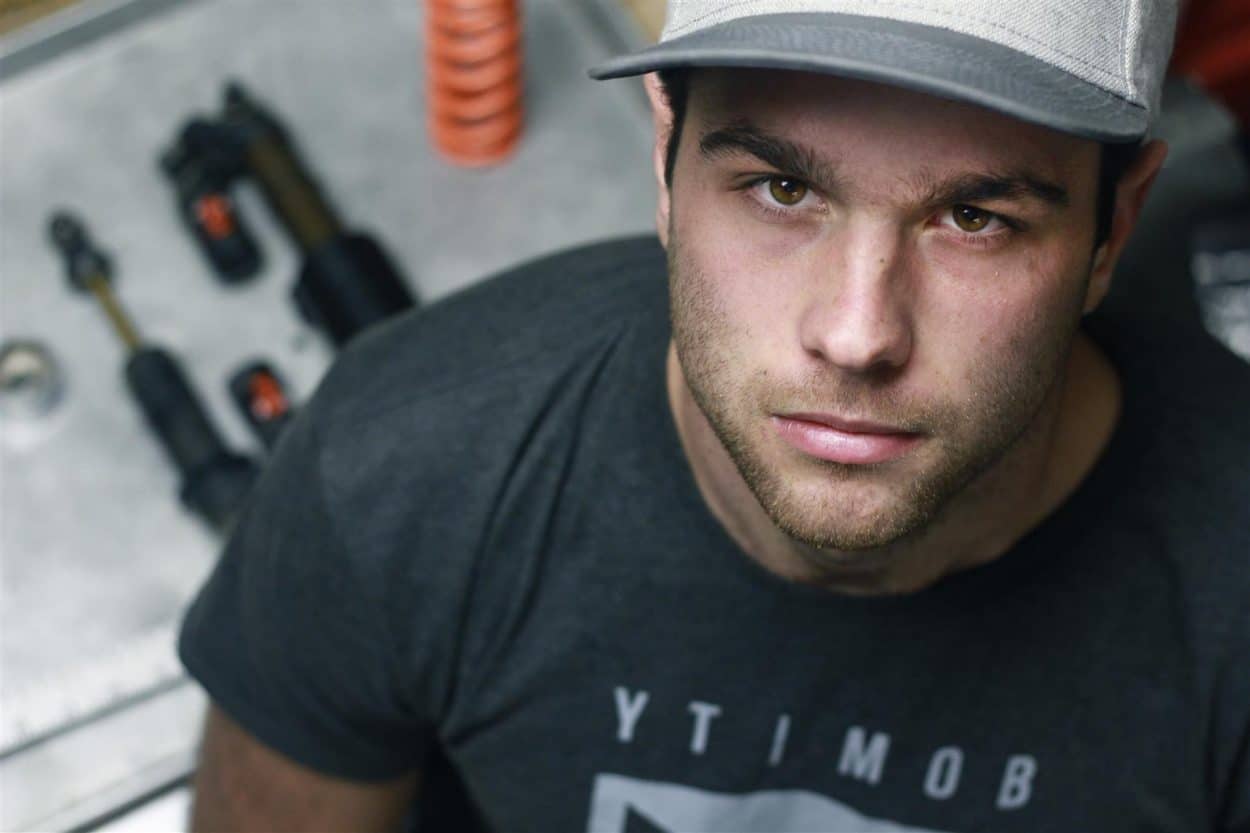 Twelfth overall in the World Cup in 2014.

MBA: What other sports do you like to do?

Neko: I ride motocross recreationally and use it as cross-training in the off-season. I have never competed but would love to after mountain biking!

MBA: Can you tell us something interesting or unusual about yourself or your family that is not widely known.

Neko: I built my own house in Pisgah Forest, North Carolina. It’s the perfect spot to train for a mountain biker!