MESSING ABOUT IN MORZINE 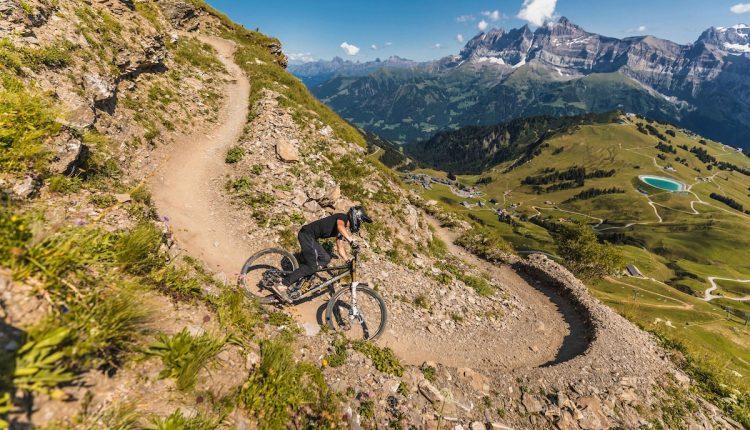 Morzine in South-East France offers Europe’s largest MTB Park with over 600km of trails and a huge variety of terrain. It’s long been renowned as the Mecca of the French MTB scene with Alpine meadows, views for miles and easy access to seemingly endless DH, enduro and freeride trails both in the resort and beyond. It’s an area that we know and love; over the years there have been numerous race trips to neighbouring Les Gets and recently Head Technician Ben Lovell and Team Chef Phil Ferguson have both called Morzine home so it was the perfect place for the Continental Atherton race-team to take a well-earned break last week.

Andreas and Mille headed for Moosheim and Schladming respectively to spend some time with their significant others while the rest of the gang chose to let off some mid-season steam in the chilled atmosphere of the Haute-Savoie’s most famous town.

The 2021 World Cup season has been a tough one with Gee side-lined and the perfect storm of Covid restrictions, Brexit and the new Carnet system making everything more difficult for all race teams; from getting hold of the equipment they need to navigate the endless bureaucracy of moving staff and riders around Europe. With Covid restrictions taking Fort William off the cards for the second consecutive year the team’s first race was Leogang on 12th June but Team Manager Tom Lloyd (Lloydy) Ben and fellow mechanic Chris were already busy packing the lorry in mid-May with every knife, fork and spanner and spare needing to be listed for customs. 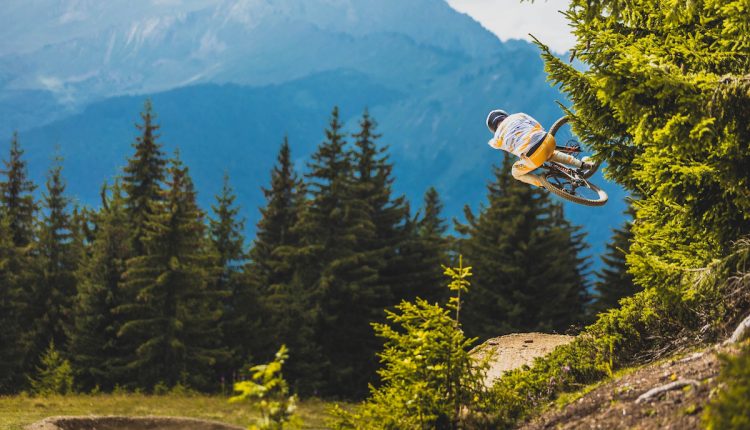 There was a natural pause in racing between Rounds 2 and 3 but after quarantine in the UK it was straight to National Champs and Red Bull Hardline so this was really the first chance for the guys to grab a bit of R&R. Because of everything that’s going on in the world and the constantly changing regulations it was cheaper, easier and definitely more fun to stay in Europe. We’re not sure who has been more battered over these last few weeks – Charlie has had a tough time physically but Lloydy’s logistics have given him a lot of headaches!

Charlie particularly needed to take some time out after a couple of heavy crashes. The first was at Les Gets where he damaged the ligaments in his little finger and gave his intercostals “a bit of a bang”. Still healing he came off again at Hardline and hurt his wrist so at Maribor he was riding with painkillers and strapping and suffered his third big OTB of the season! Charlie said “No broken bones, I’ve been really lucky but I’m definitely battered. I wasn’t riding my best at Maribor, in qualis I was on the brakes the whole time so when it came to Finals I was trying to make up for five seconds, all the way down I was chanting “get off the brakes” in my head until I overcommitted in the corner and my front wheel washed out.”

Charlie and team coach Alan Milway agreed that riding in a low-pressure environment with the support team and our Atherton Academy rider Dom Platt who came out to join the fun was the perfect rehab plan. Partly building up his bike time which has suffered a bit this season but also just to re-build his confidence, to enjoy riding with no agenda and no testing to worry about. 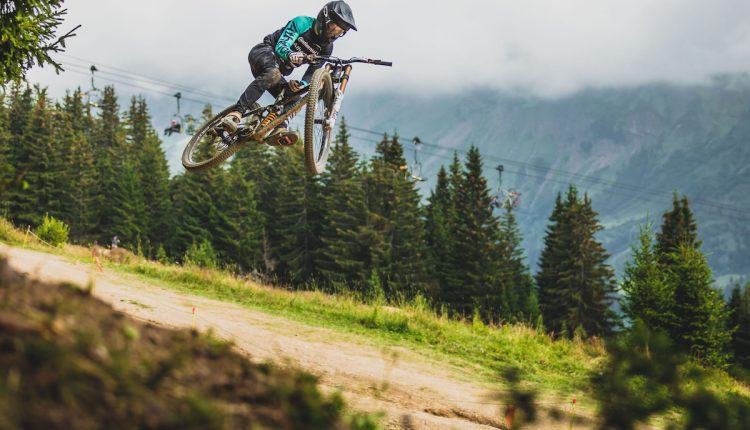 Charlie said “The bike is mint and we did all the testing during the off-season so we didn’t have to worry about going so fast or putting in consistent runs, it really was chilled. I wasn’t working too hard in the gym either… a lot of that work was done in the off-season too. I did head off for a workout but I couldn’t persuade anyone to join me! I got a bit sore mid-week but I saw a physio here and everything is back on track.

The team are unanimous that the best thing about being in Morzine is the huge variety and the length of runs within easy reach. Lloydy, Charlie and Charlie’s mechanic Chris Kenward had a fantastic day at nearby Samoens, riding with the Pivot team; the trails are so long there that putting in five or six runs in a day is equivalent to fifteen race runs.

Ben said “Riding bikes is the reason that we all do the jobs that we do but during the race season there are actually fewer opportunities than you’d think so it was awesome for us all to be able to ride together.”

But the benefits of some downtime go beyond the feel-good factor. There’s a great team vibe when the team all get to ride together that plays out in the pits. This year the mechanics are especially close and everyone is keen to help each other out. Phil joined the team for the first time in June but fitted in immediately. Lloydy said “Phil’s an amazing chef but he’ll always offer to help with the pack down. That kind of attitude means a lot in a team.”

There was one bit of racing this week, the Minibike ‘World Champs” at the Aubergarde (a bar at the foot of the Pleney lift, that’s another contender for “the best thing about Morzine…) We hesitate to include the results here as we fear it might go to his head but Ben won… might be his best ever result!

Another big plus this week is the number of hours that Ben, Lloydy and Chris got to ride the Atherton Bikes. Their expert feedback under these looser, some would say more “real” conditions supplements our learnings from more formal testing environments. Ben said “I love riding the Atherton Bike it’s so different from anything else.  I grew up looking up to Dan, Gee and Rach so shredding their bike is kind of cool in itself. The lift queues are amazing, everyone wants to touch it, to swing a leg over, everyone loves it. I was mostly on the DH bike this week and it just works! It’s like all the best bits of the best bikes out there – it pedals, it jumps, it whips, it’s really stable – it inspires you to try new things because you feel so confident on it – super fun. “

Lloydy agreed, “That day we went to Samoens we were mobbed! Loads of interest in the bikes, people always stop us to chat, I feel like maybe they feel less shy of stopping us than they would be about talking to the riders. People love how different it is, for most people it’s the first time they’ll have seen it in the flesh—everyone says it looks better than in the photos! It’s sleeker somehow. I was on the trail bike that day, absolutely flying, I love it.” 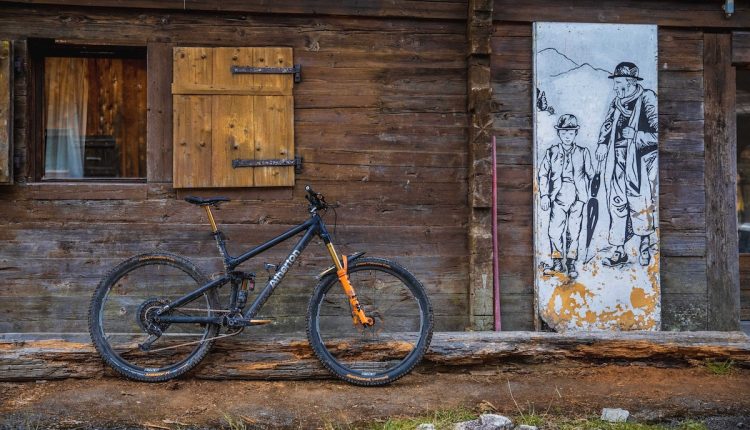 But all good things must come to an end and already the team headed to Val di Sole for the huge challenge of World Championships. En route they stopped at Pila, where the riding was a bit more serious, some testing crept back in to the mix as the team started to ramp up the energy and intensity.

Charlie said “It’s true what they say about “you have to switch off before you can switchback on” we’re all headed into Val di Sole feeling in good shape, super-motivated and ready to race!”

Our World Championship effort this year was a truly international affair with Mille racing for Norway, Andi for Austria and Charlie for Great Britain, we hope that you were cheering on our Welsh built bikes!

The Original Mountain Biker Who Was and Is Joe Murray

EWS WHISTLER IS BACK