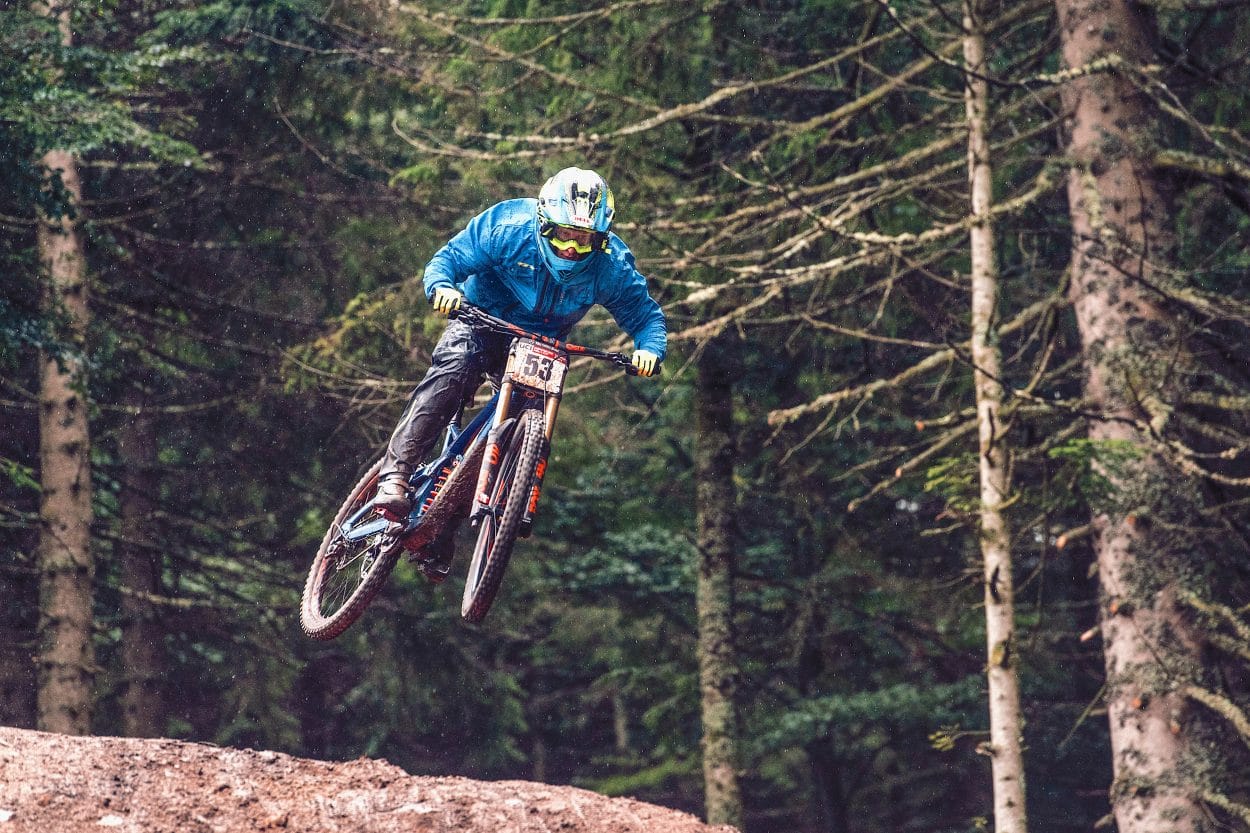 As we reported a few months ago, mixed-wheel-size bikes are becoming a new trend in mountain biking, with top racers Loic Bruni, Finn Iles, Danny Hart and Martin Maes all using them.

Elsewhere, Martin Maes won the first three Enduro World Series (EWS) events of 2019 with the 29/27.5-inch mixed wheel sizes. Then trouble hit. Maes tested positive for a prohibited drug in his body at the first two events. Ironically, t substance, Probenecid, had been prescribed by race doctors to aid in the treatment of a badly infected cut on Maes’ leg. The drug has the ability to increase the effectiveness of antibiotics in the bloodstream by keeping them from being filtered out by the kidneys. Unfortunately, Probenecid is banned by the EWS because it can be used as a masking agent to keep steroids from being detected in the urine. Because of the Probenecid in his system, Maes was stripped of two wins and barred from racing in other EWS events for 90 days (the most lenient penalty possible). 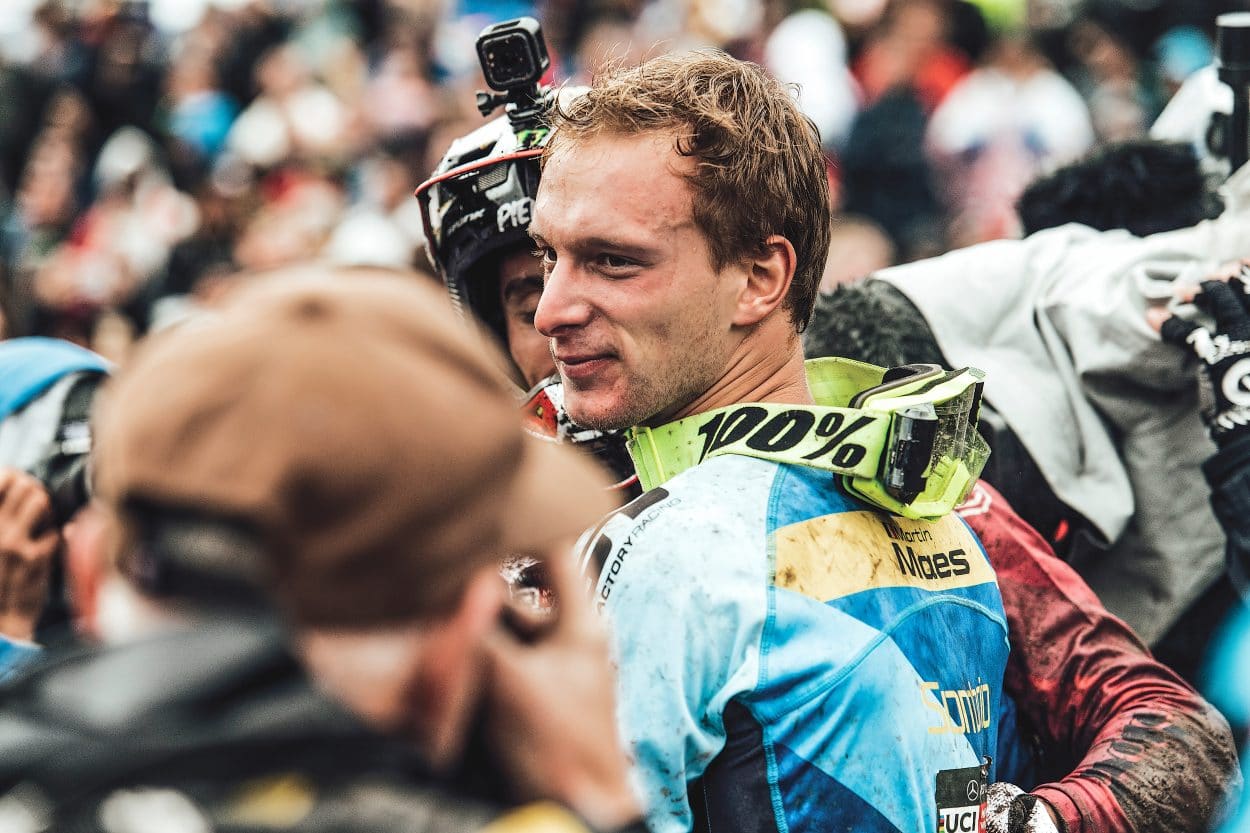 After being denied his chance at the Enduro World Series title for 2019, Maes shifted his focus to the UCI Downhill World Championship. (Photo courtesy GT)

When Maes learned of the finding, his doctor applied for a therapeutic-use exemption (TUE) from the penalty, since a race doctor had prescribed the drug to keep Maes from losing his leg—or possibly even his life—to the infection. Unfortunately, the presence of the drug required an automatic suspension. The strictness of the rules was based on the fact that there was a newer drug available that wouldn’t block the detection of steroids. Maes could have appealed the ruling, but the appeals process might have dragged out longer than the ban.

The race doctors didn’t know that the drug they prescribed was banned, and Maes didn’t, either. Maes said that he tried to check to make sure the drug was okay, but he had no internet service at the race location.

No matter what else happens with Maes now, and no matter how well Loic Bruni did the rest of the year, the two riders have already proven that bikes with mixed wheel sizes can work well in gravity events.

Bruni’s sponsor, Specialized, has yet to announce plans to offer any mixed-wheel-size bikes to the public. They  announced that they’ll be offering a 29-inch downhill bike for 2020, but there was no mention of mixed wheel sizes. We have heard, however, that GT, Martin Maes’ sponsor, will be offering its GT Force bike with the mixed-wheel-size option. 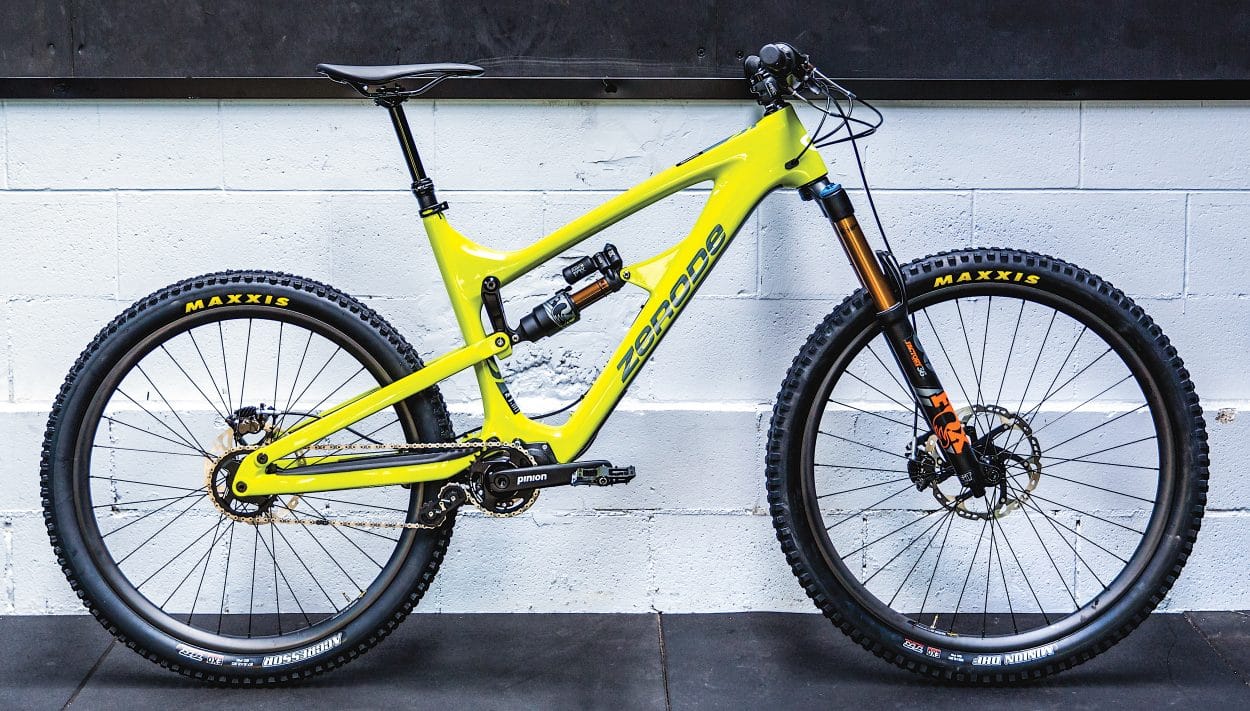 The Zerode Taniwha Mulét is produced in New Zealand and was one of the first bikes on the market in 2019 to offer a 29-inch front wheel paired with a 27.5 rear wheel. A frame kit, consisting of frame, fork, shock and Pinion drivetrain can be purchased for $5850 in the United States. Complete bikes range from $6400 to $9700.

OTHER COMPANIES ARE ENTERING THE FRAY

Some people in the bike industry are already calling the new 29/27.5-combo bikes “mullets.” The reference dates back to a haircut style of the 1980s where men and women had their hair cut shorter in front (to make it stand up taller) and longer in back, where it would naturally lie down flatter.

At least three companies are already offering bikes with the mixed wheel sizes. Foes, of course, has been selling its 29/27.5-inch Mixer since debuting the bike at Interbike in 2015.

Another company, Zerode, has also begun producing 29/27.5 bikes. The head of the company had reportedly been riding a mixed-wheel setup on his personal bikes for three years. After seeing the news about the mixed wheel sizes this year, he decided to release his own 29/27.5 bike to the public. The bike is called the Mulét.

An even newer company, this one actually named Mullet, is also offering bikes with the mixed wheel sizes. They’re now offering hardtails with the 29/27.5-inch wheel combinations.