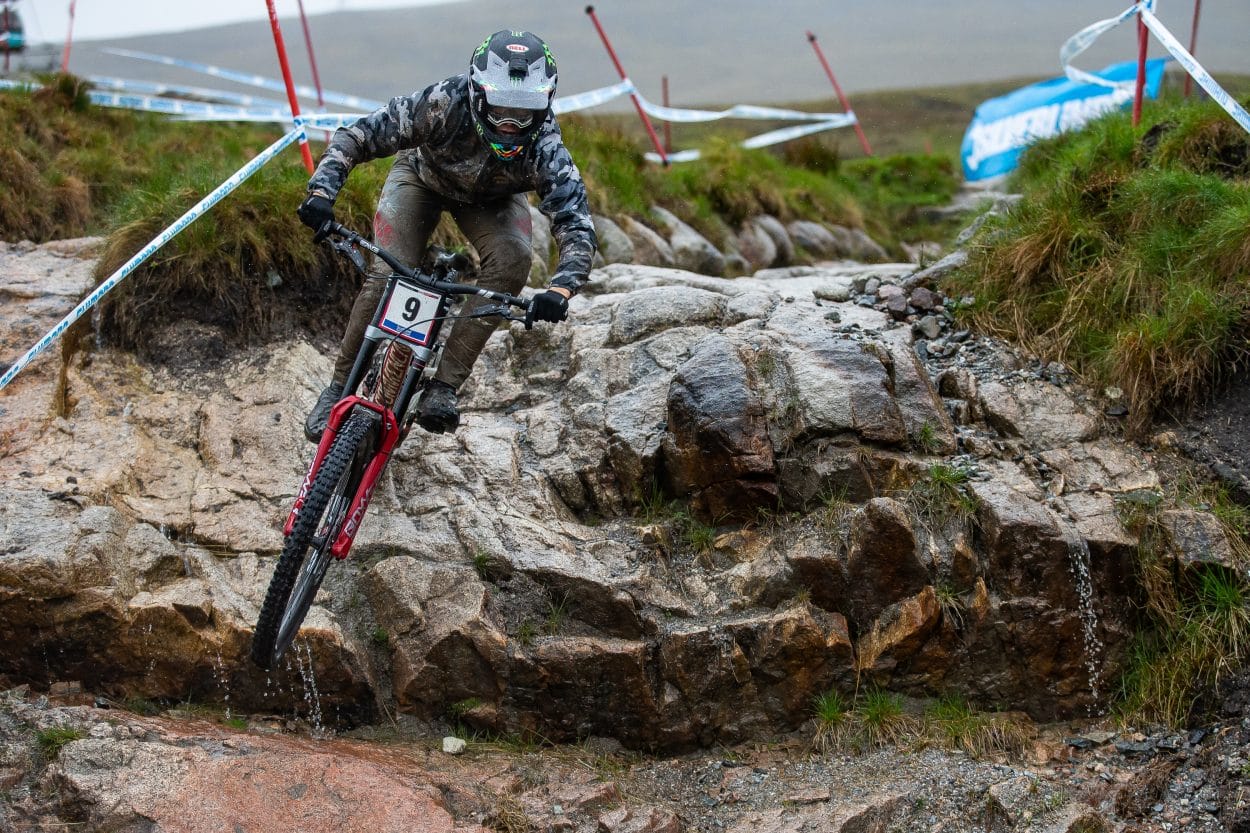 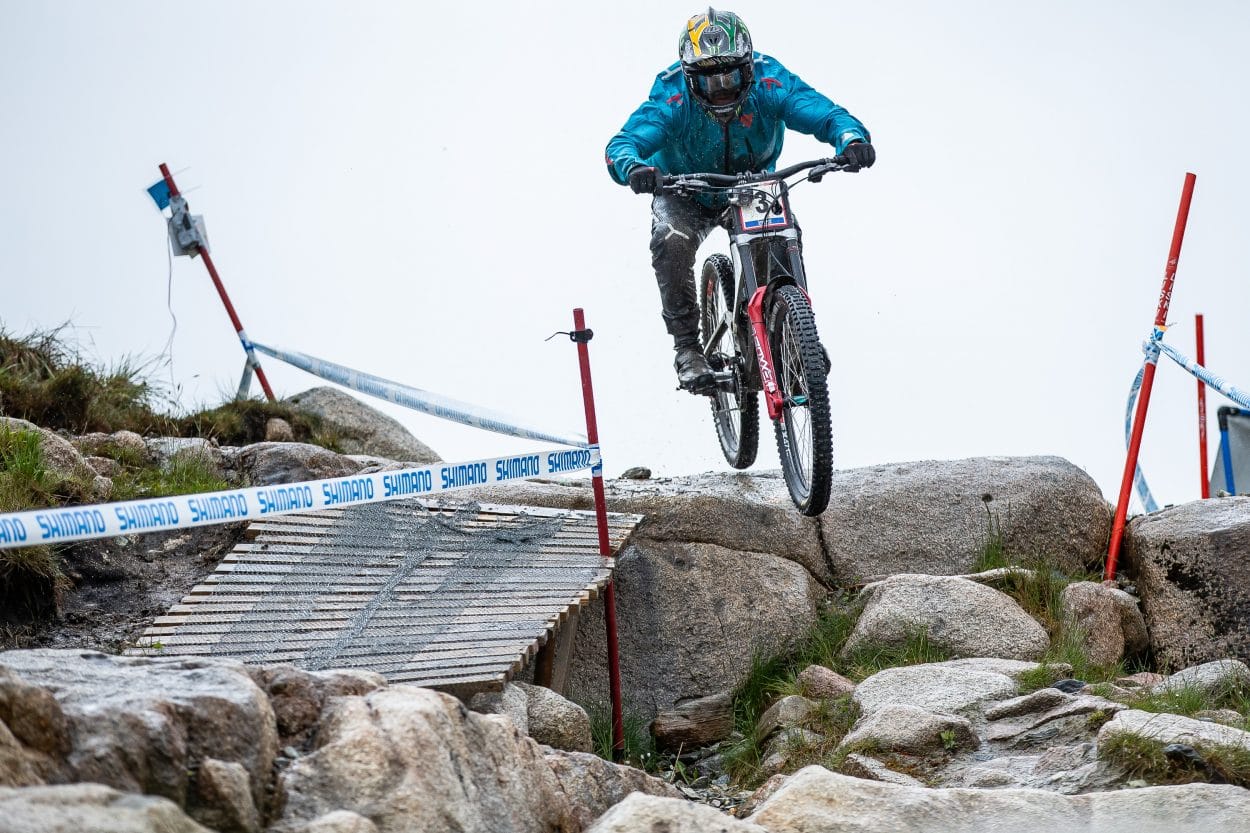 With weather that changed from torrential rains during Friday practice to sunny periods on race day, this weekend’s racing had it all. By the time elite men were loaded into the gate, the sun was peeking through and the wind was howling at the top of Aonach Moar, making the exposed, rocky track incredibly challenging between the mud tracked onto the rocks and the wind trying to blow you right off the mountain. The upper rocky freeway was extremely grippy in the wet, but as the wind dried the track it began to turn slippery in spots. The new entrance to the tree section was a muddy nightmare, with more than one rider being taken down, victim to the greasy mud that was in some areas, bottom bracket deep if you slid into the wrong rut. 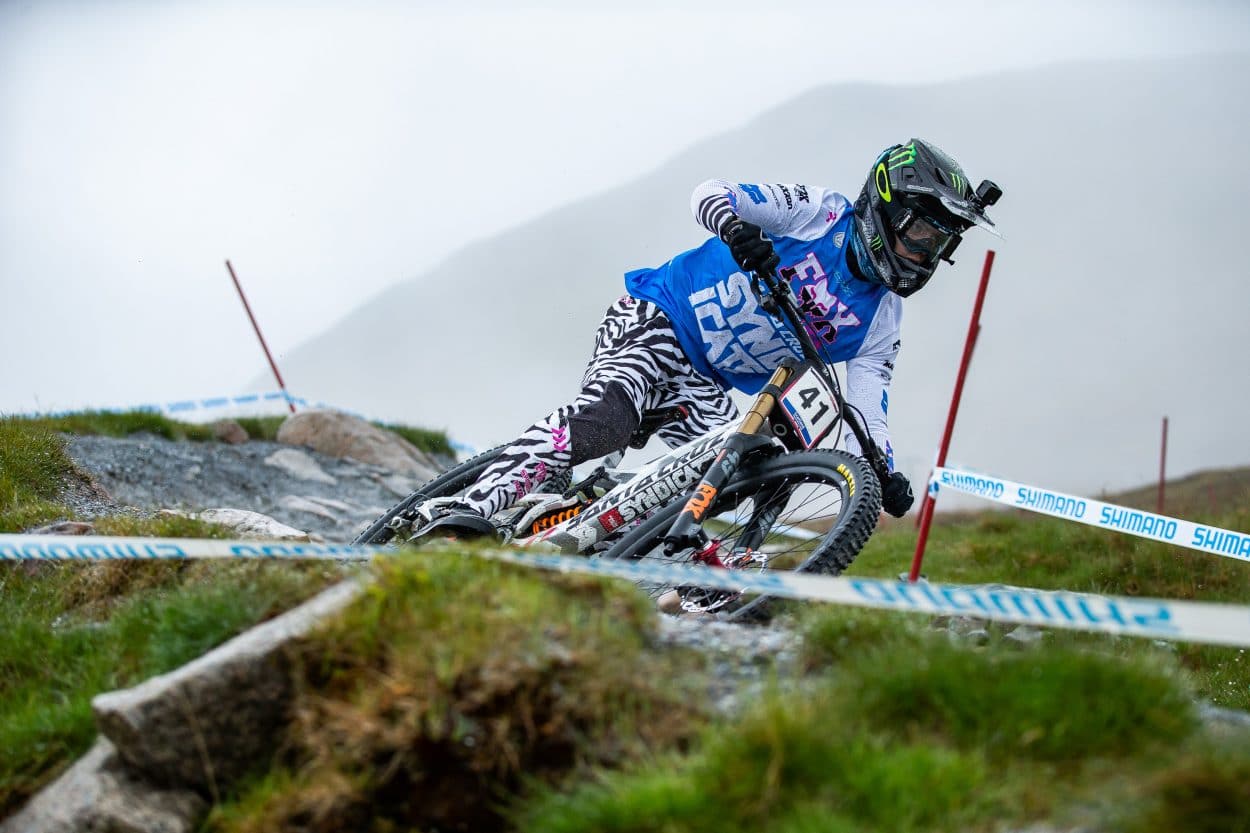 Pierron was thrilled with being back on the top step. “It’s so good! Last year was unexpected and was insane for my first World Cup win. This year is a different feeling – I feel like I have been working for it so I’ve had more nerves all week. I’m really happy. It was challenging, but I survived and nearly had a heart attack on the bottom of the course when I looked back and saw green and then almost nose-dived. It’s so good to win again with a good margin. All the previous wins were so close so to have a big margin is really nice.” 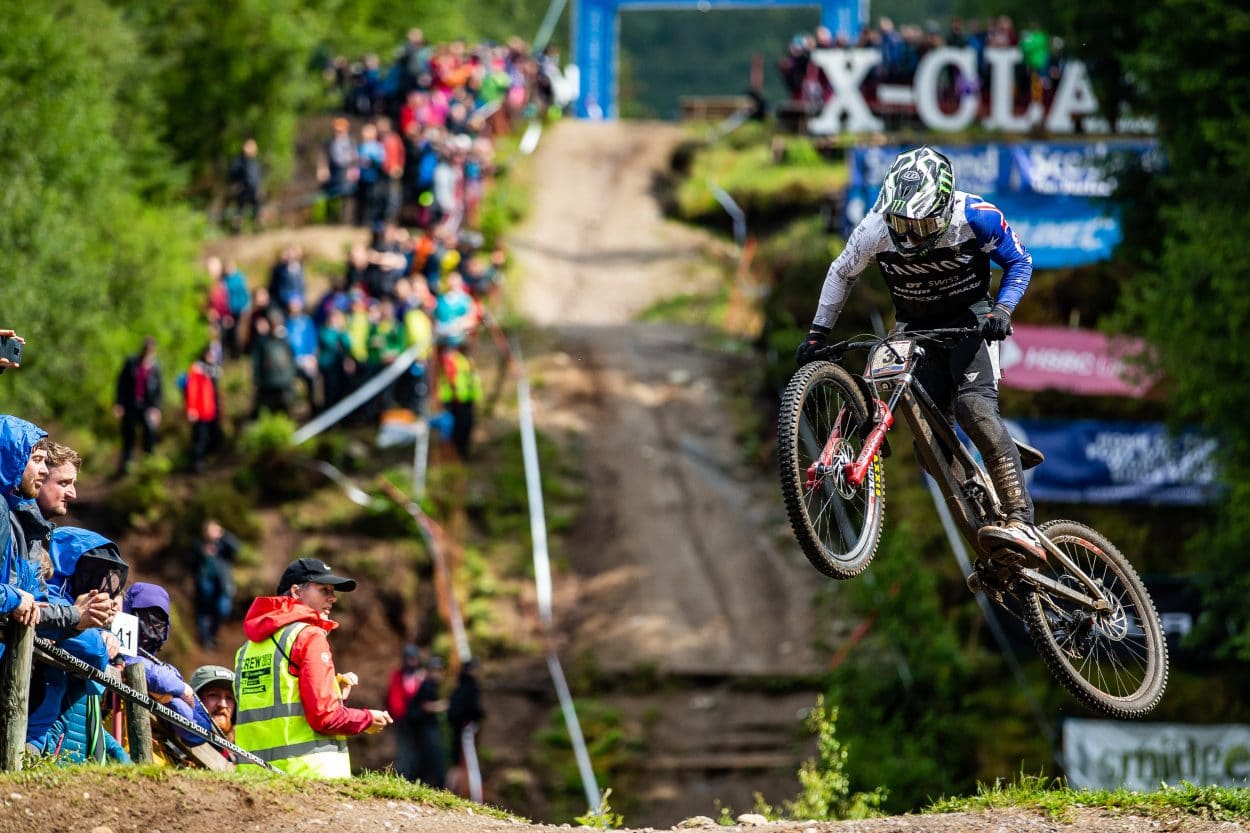 Brosnan, who has also previously won in Fort William, continued discussing the trend of disaster management on the most challenging track on the circuit. He leaves rain soaked Scotland with the World Cup leader’s jersey and the #1 plate despite landing in second place.

“I’m standing here with the leader’s jersey on so I’m feeling pretty good to be honest,” said Brosnan. “It was a rough day – this morning was really tough with the weather, and on my last practice run I had a massive crash, which cracked my frame. So to come here and get second and now be in the lead feels so good. It’s awesome to see Amaury come down and win again after his first World Cup win last year, and it’s going to be a pretty good battle I think. We’re all riding really fast and we’ll just keep pushing. I am super excited to go to Leogang now next week.” 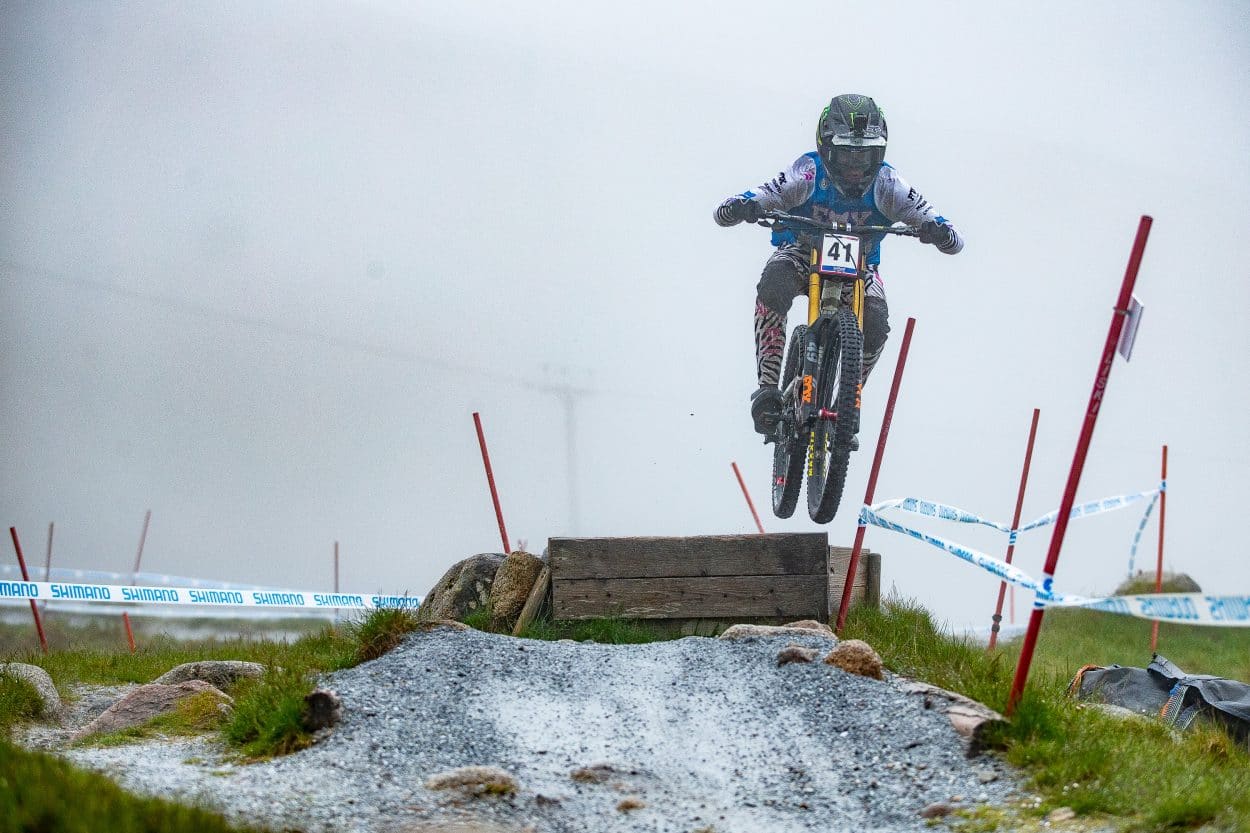 Vergier landed in third place, just three tenths of a second behind Brosnan after qualifying first on Saturday.

“It feels good just to grab some points and build confidence,” said Vergier. “Now we know the speed we have to go to beat Amaury. Starting last is always tricky, but this time I just knew I had to do what I know and it ended up pretty good. Everyone was going really hard and the pace was insane. I’m just stoked to be down in one piece and grabbing points again. We’re back in the biz!” 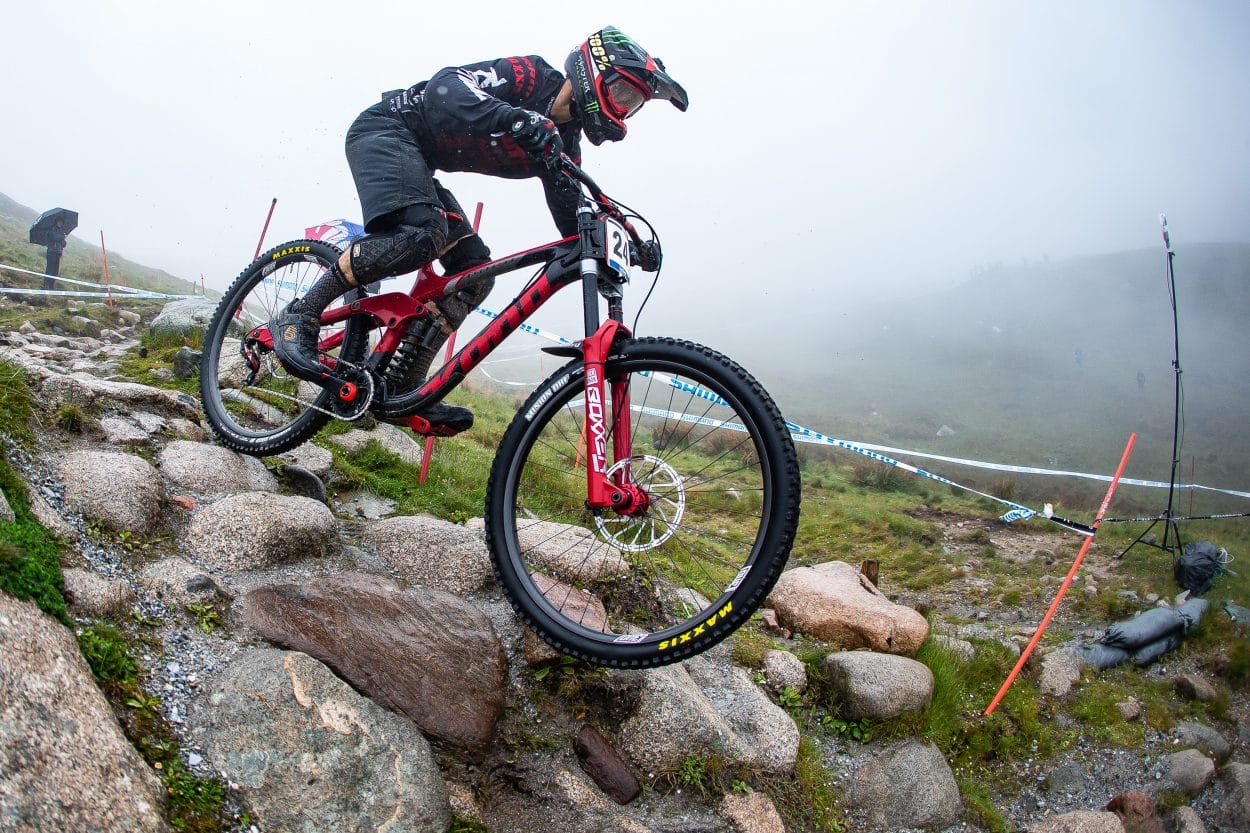 Everyone now packs up their trucks and makes the long drive from Scotland to the mainland for next weekend’s World Cup in Leogang, Austria. 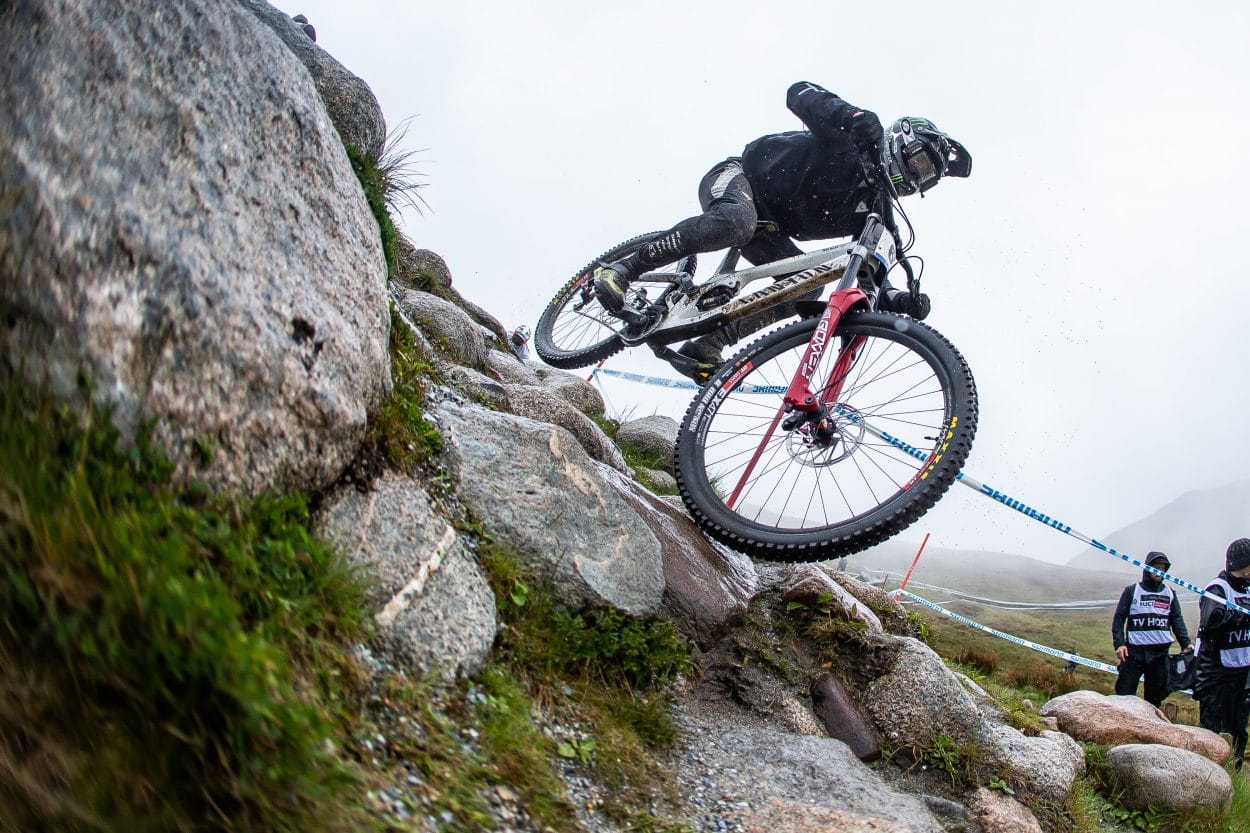 For more on Amaury, Brosnan, Vergier, Fearon, Wallace and the rest of the Monster Energy team visit monsterenergy.com