Taking place on the final weekend of Crankworx, the Canadian Open is one of the biggest races of the event, attracting elite downhill experts and fans worldwide.

The Canadian Open DH is a one run take-down on Whistler’s famed rooty single track in the Whistler Bike Park with the race weaving its way down a purpose built racecourse. Steep and filled with jagged rocks and the infamous “Spaghetti root chute”, the open is two minutes and 30 seconds of lung and arm burning racing. The conditions this year were nearly perfect. Rain earlier in the week put some moisture in the dirt and helped the track survive 500 racers practicing and racing over two days. With only a couple of blown out sections in the woods, both the track and riders were primed for a great day of racing.

Brosnan was stoked to bring home his fifth win in a row on a mountain he briefly called home.

“This is five wins in a row! I’ve got the 5 peat, this is awesome, said Brosnan. It’s always fun coming to Crankworx, and getting these race wins is amazing. I just love coming here. I lived here for a summer one year and it feels like a second home to me. Plus it’s relaxing and takes the stress out of the racing. It was an amazing day and the track was perfect. It rained a little bit and it was another great day on a bike!”

The Aussie pinner is hanging around town to get some training in before World Champs in two weeks time.

“I’ve been limited on runs this week because my knee is still a little banged up so I’m a bit upset about that, but I’m here for another week before Mont Ste Anne, so there will definitely be a couple of “Dirt Merchant” laps to get me ready for Worlds!” 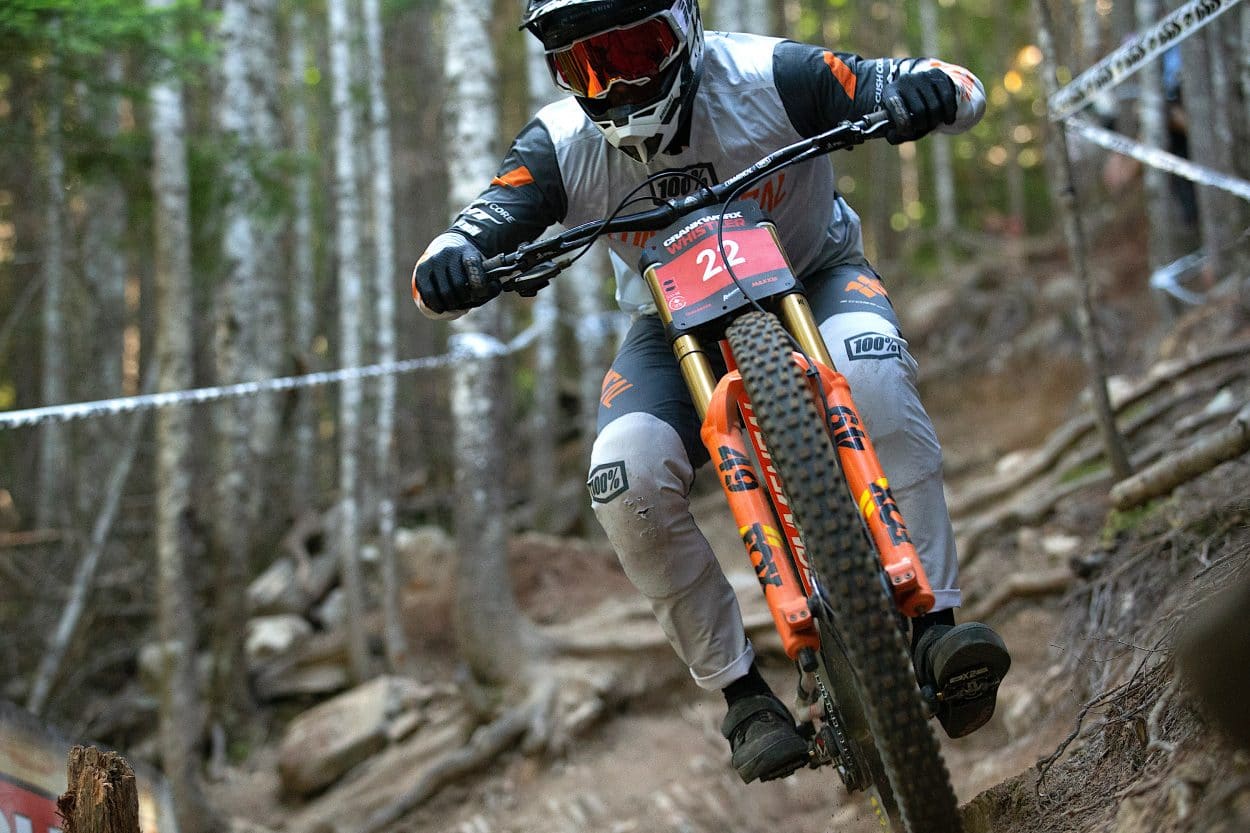 Monster Army’s Klein (USA) was speechless over his second place finish. The American has been having a rough race season and was almost without words when asked about his finish. “I’m very happy! I’m kind of speechless,” said Klein. I’ve definitely had a terrible year, and not really knowing what’s been going on. I managed to put a run together here though and I’m pretty happy about it. Everyone is hauling right now. I had an ok run in Lenzerheide and I was 61st. It’s ridiculous. Racing is headed in the right direction and I am glad I can say I’m starting to turn it around. I’m super stoked for Worlds and World Cup finals!” 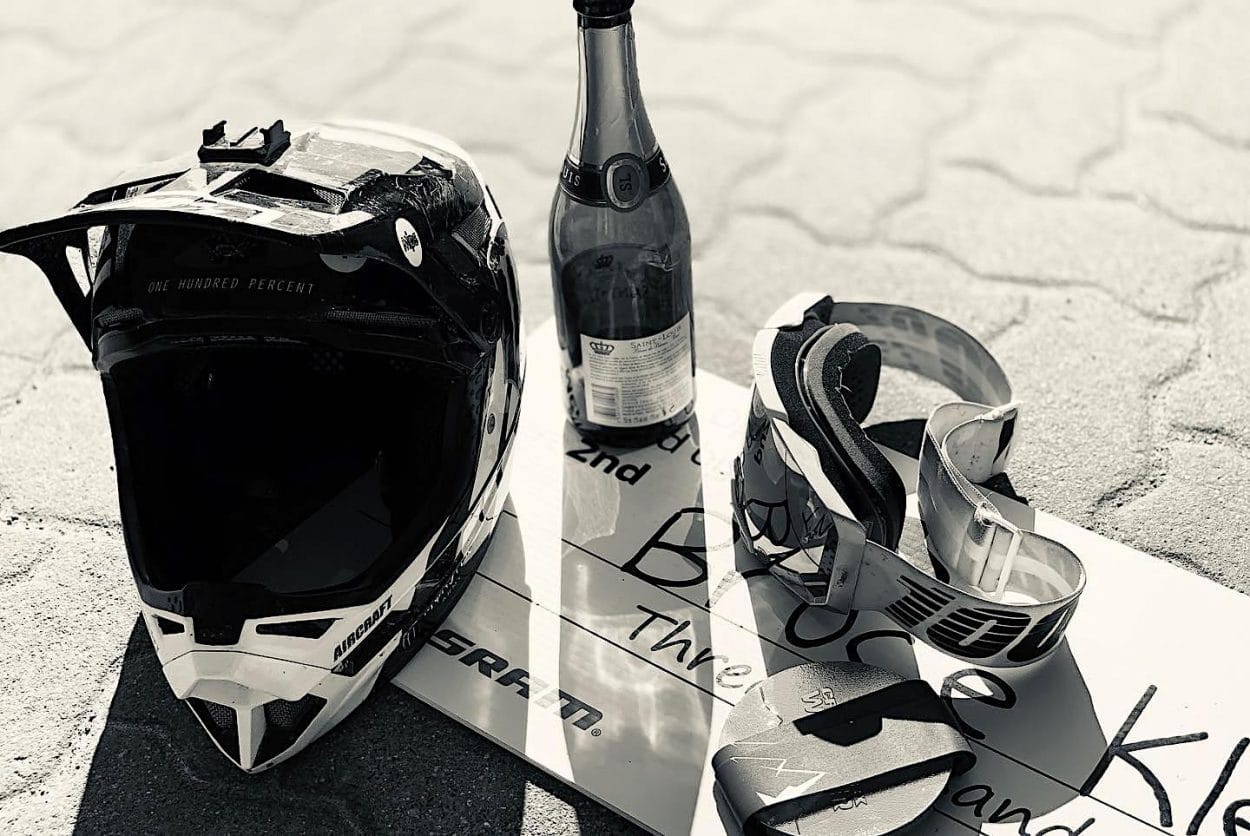 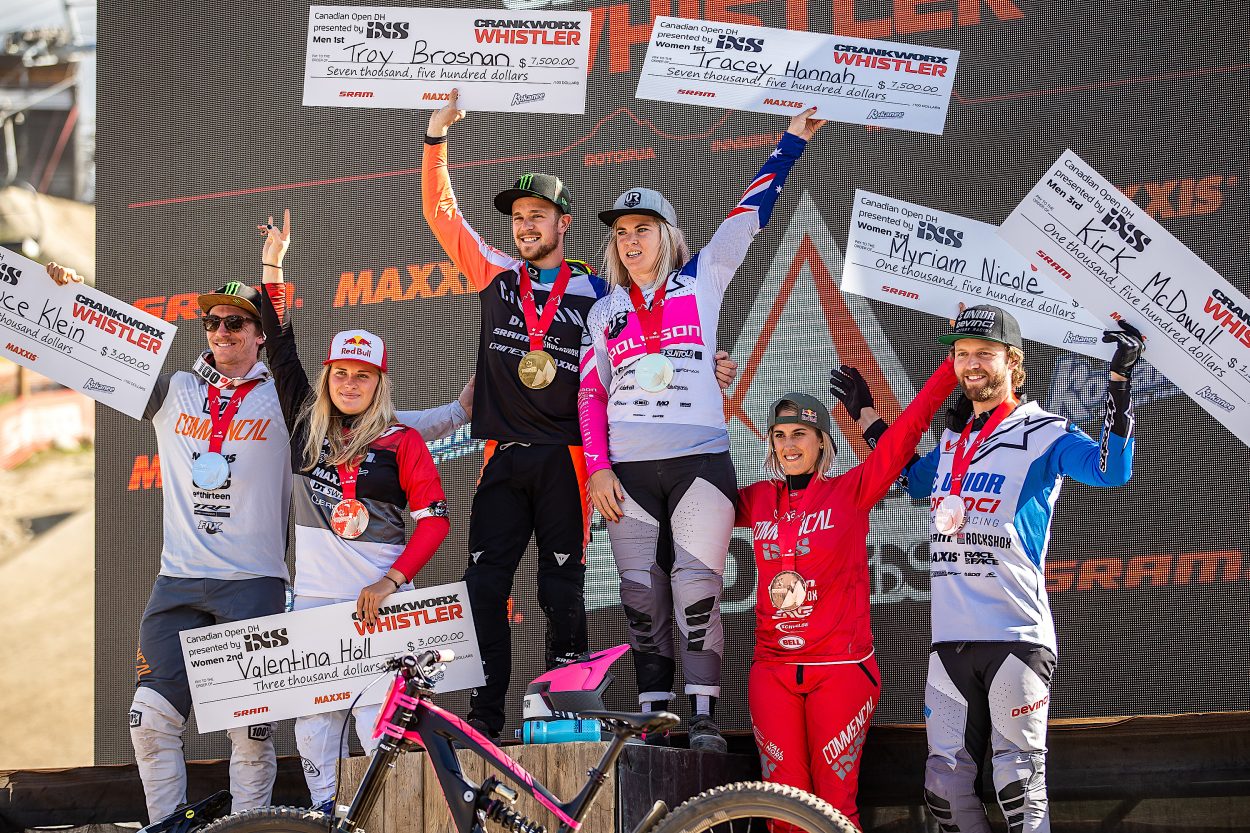 The best in the world pack their bags and leave the MTB mecca of Whistler and head across Canada to Mont Ste Anne, Quebec this week for World Championships starting in 10 days time.