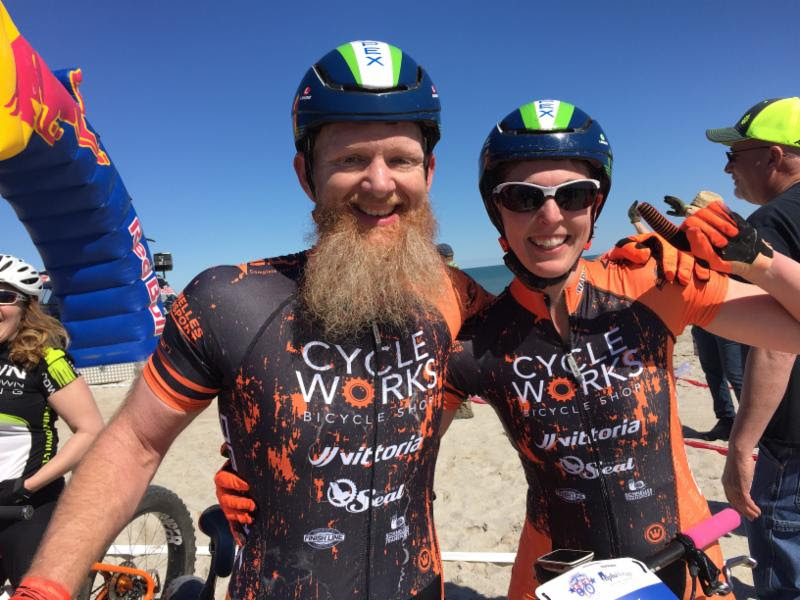 Going into this race, one of our goals is to win it together,” said Philicia Marion in a January interview. “How awesome it would be if we could win both titles in the same year,” stated pro team-mate and husband, Robert Marion. Today, their goal became reality as the nationally-ranked cyclocross team from Mount Airy, NC, pushed to victory at the US Open Fat Bike Beach Championship.

“It’s just amazing. It’s unreal,” said Philicia, with a tear in her eye following today’s double victory. “I’m so proud of Robert – and me too.”
The 5th annual US Open Fat Bike Beach Championship, the largest fat bike beach race in the nation, attracted bikers from ten states, including North Carolina, Virginia, South Carolina, Georgia, Maryland, New York, Ohio, Pennsylvania, Rhode Island, and Tennessee. Presented by Alpha Mortgage, activities and races were based at host hotel Blockade Runner Beach Resort in Wrightsville Beach.
“It was tough out there today – the toughest but most rewarding Fat Bike Beach Championship so far,” said Robert Marion. “At first I thought the course might be easier, but the sand, especially down by the water was a very tough grind.”
“The wind was blowing in the opposite direction this year,” added Philicia Marion. “So, where we had a little break last year, we were just going into the wind with no break – no rest.”
Aside from a steady stream of NW wind gusts of 10-15 mph during the elite race, weather conditions were ideal, with sunny skies, temps in mid-60s, and very low humidity.
“I knew from last year’s race, and by racing Philicia in cyclocross this past season, where her performance level is,” said 2017 title-holder and today’s women’s elite runner up, Zoe Worsham of Raleigh. “She has worked a lot in the past year and a half. I knew that her performance level is so much higher than anybody else.”
“It was harder than last year – the sand was much softer,” said John Overton, today’s runner up in the elite men’s division and 2018 elite champion. “We didn’t have mats in the turns this year and you really had to finesse it. If you had speed going into the turns you had to definitely slow down. I crashed at least three times.” 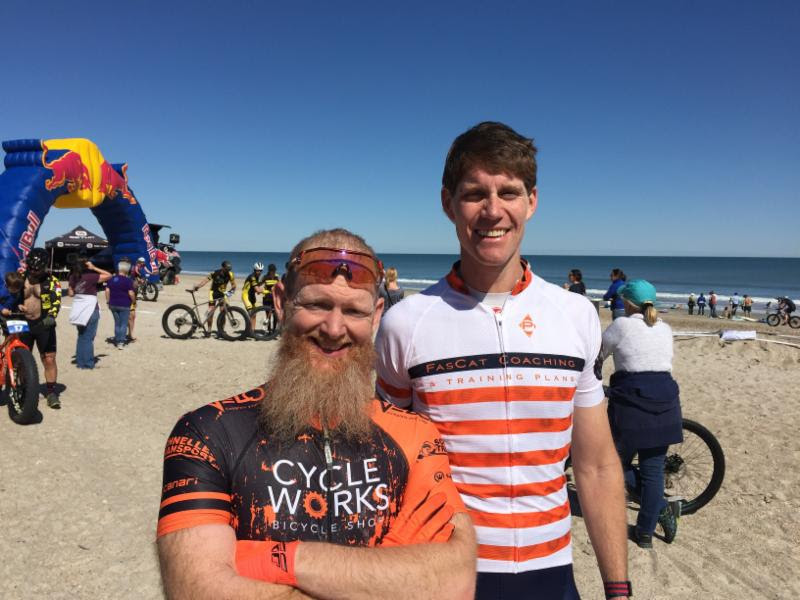 Top five winners in each division: 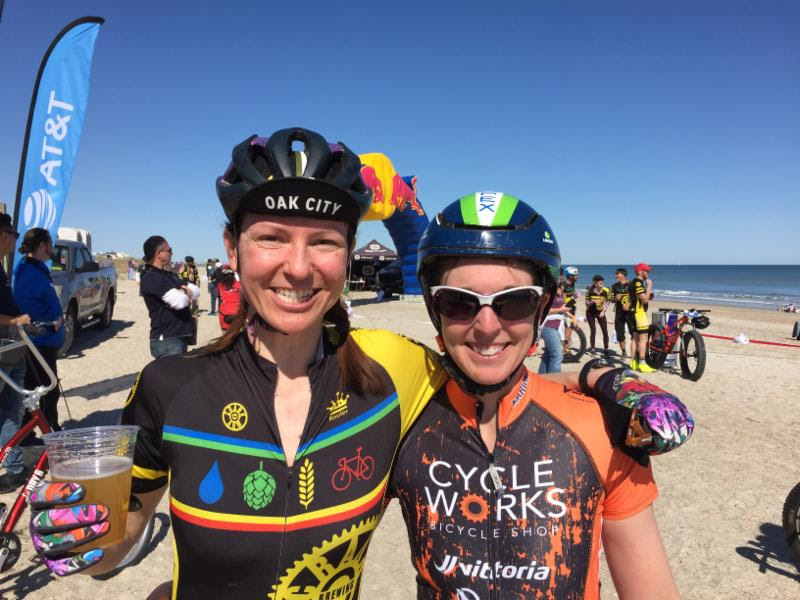 The US Open Fat Bike Beach Championship will benefit the Wrightsville Beach Foundation, a nonprofit organization dedicated to improving public parks and amenities.