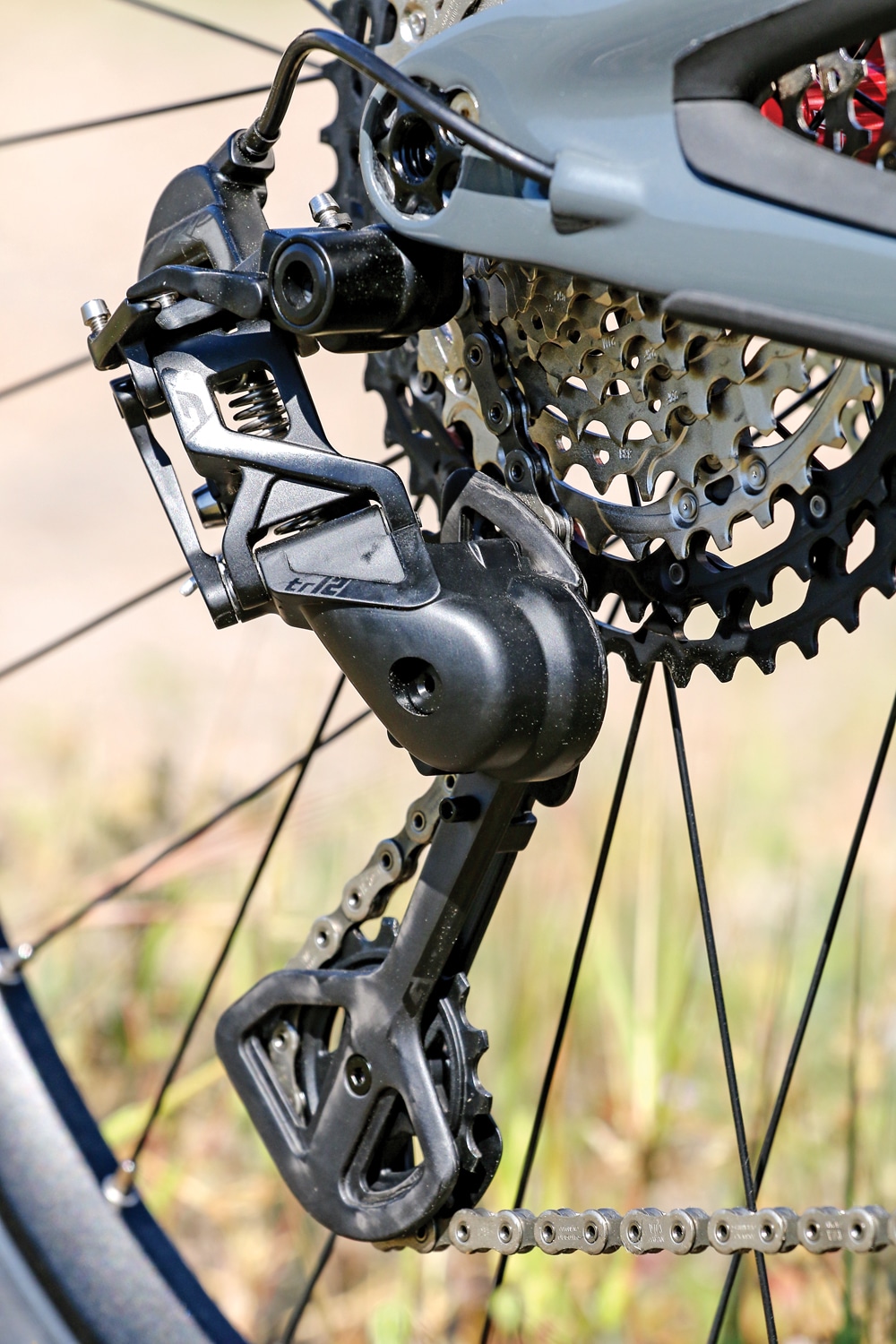 If you’re a five-time World Cup overall champion like Aaron Gwin, you know that the best components are required to achieve great success. This is why TRP teamed up with Gwin and his mechanic, John Hall, to develop the DH7 system from the ground up. DH7 is a downhill-specific, 7-speed drivetrain that launched in 2019 and quickly became the drivetrain of choice for a list of factory race teams.

Moving into 2020, TRP introduced its technology to a wider market with its all-new TR12 system. The new drivetrain consists of only a shifter and rear derailleur, allowing riders to customize their system with aftermarket chains and cassettes. This month the wrecking crew put the all-new TR12 system to the test while riding our latest project bike.